Never has a tiny cameo been so much fun. When XCAR’s Nick Wilkinson told us about his idea I simply had to be part of it. Even if it was only for a few seconds. This film is Nick’s swan song. We’re sad to see him move on to pastures new but love the fact that what we think is XCAR’s best ever video doesn’t even feature a car. I’ll share a bit more about our time with Nick after this, which I hope you’ll enjoy watching as much as I did moonlighting in it;

Filming, editing and producing is bloody hard work. It means no sleep, budget travel to less-than-exotic locations, deadlines and stress. You don’t, generally, get to drive the cars. You have to sit at wet roadsides as presenters faff up and down in air conditioned luxury talking bollocks. Take a look at this for a great example of how motoring videos are made. Nick fondly became known as ‘once more Wilkinson’. Not because of his voracious sexual appetite, but for his tireless professionalism in wanting to get each shot just right even if it meant a dozen takes. Darryl would like to apologise for so very nearly running over his feet when we shot Senna’s Mercedes thing at the ‘ring. I’d like to apologise for telling a really irritating Italian kid (who I couldn’t shake off when filming our Targa Florio film) that Nick needed a special assistant as he stood in a side street of an Italian slum trying to make a Fiat 500 look interesting. Little Guiseppe pawed at his camera equipment, gave advice loudly in Italian and generally got in the way. We laughed. Sorry, Nick. 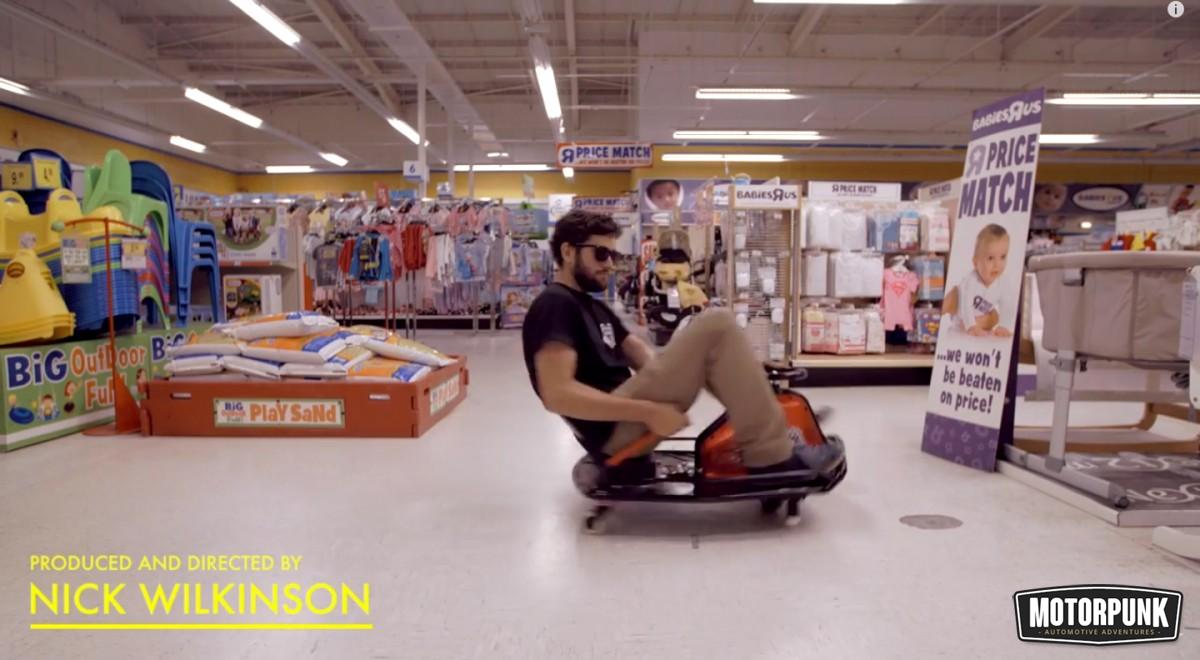 We’d both like to thank him (and the other very good eggs at XCAR) for helping us two gobshites get into the world of motoring videos. Nick always kept his cool apart from one (thoroughly understandable) instance, when filming the kart feature above. Chased by Drew and Alex on karts, who couldn’t follow his direction, and as he sweated inside a stinky giraffe costume worn usually by short-straw shop kids, filming, acting and simultaneously directing became a bit much for ‘once more Wilkinson’. His calm persona evaporated. “How f*cking hard can it be to drive in a straight line?!” shouted Geoffrey the giraffe, before flouncing back down the Barbie aisle, hitting his oversized head on every overhead sign as he clomped off. It’s been a lot of fun, even (especially) moonlighting at 4am in a toy shop in Reading. Good luck with your new job, chap, we’ll miss you. 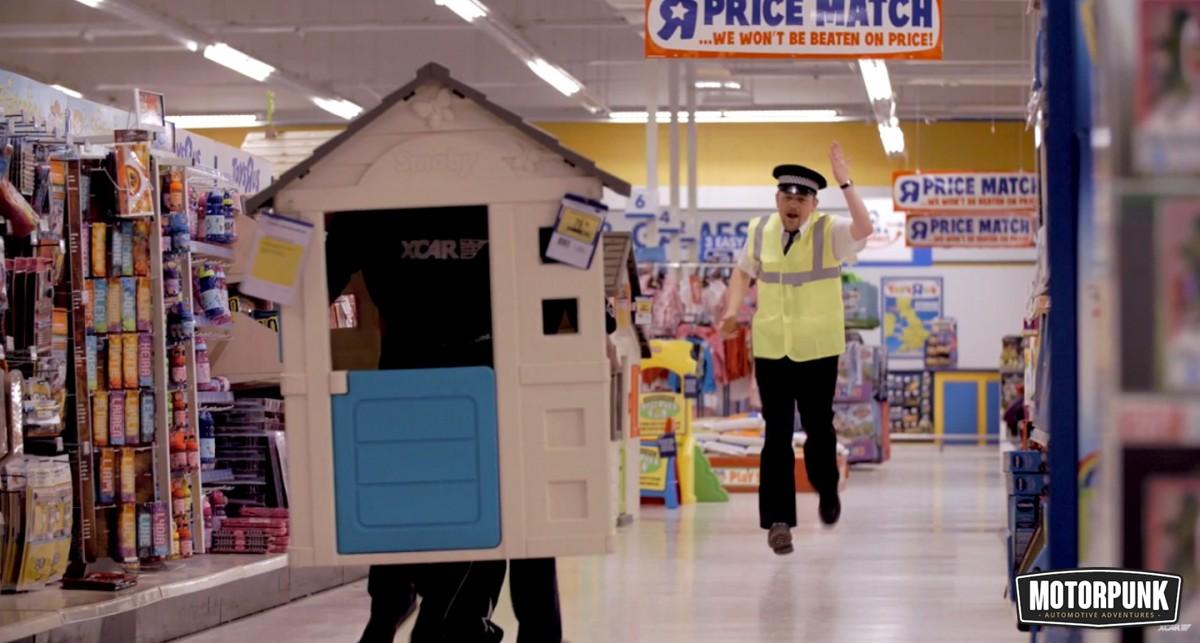