OK MotorPunks, here’s a poser that’s bound to divide opinion: what is the greatest movie car chase ever? Well, as the regular procurer of shagged-out BL relics you might expect me to be championing the 1969 British super grosser The Italian Job, and for shear entertainment value then yes, I would be. Some of our chums have claimed Ronin (1998), The French Connection (1971), Bourne Supremacy (2002), The Blues Brothers (1980) and more than half-a-dozen examples of high-octane Hollywood hoonery for the title. But really I think the ‘greatest’ ever car chase needs to be the one that actually kickstarted the whole genre; the one where the film’s lead actor actually did a good chunk of the stunt driving himself; that impossibly cool one starring two of America’s greatest ever muscle cars against the backdrop of a Technicolor 1960’s San Francisco … I think you know where I’m going with this. 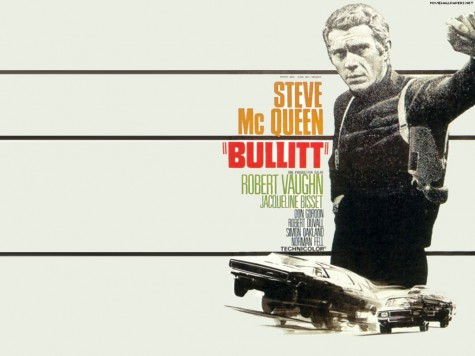 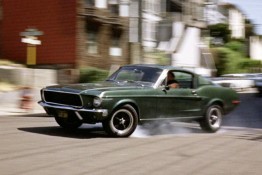 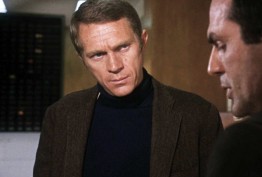 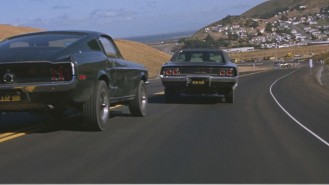 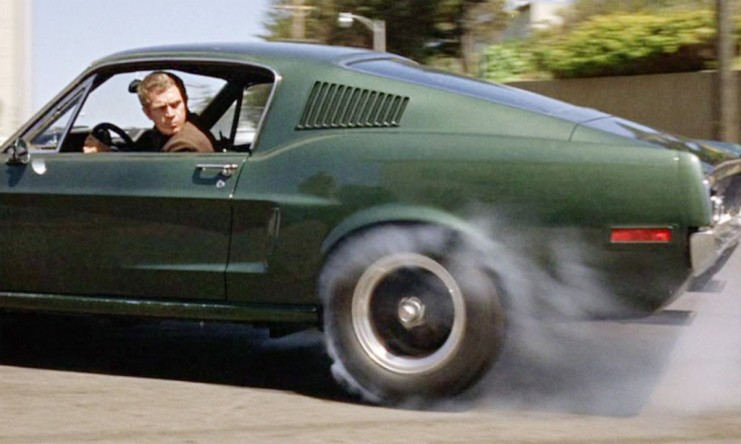 It’s an urban myth that McQueen did all his own stuntwork on Bullitt. Steve only did about 10% of the driving himself – usually leaning out the open left window to get his famous fizzog into clear shot – and in a nice touch of realism they even left in a fluffed right turn (the Mustang is no Elise remember!) resulting in a smoky three-point-turn and a mile headstart for his nemesis in the Charger. In most scenes you can tell when there’s a stuntman at the wheel because the rear view mirror is angled down. With a 65bhp advantage and tweaked suspension, the Dodge stunt drivers were frequently told to slow down to give the hero’s Ford a chance to catch up; even so the cars were still hitting 110mph in some chase sequences through downtown San Fran. In these pre-GoPro (and Health & Safety) days most the in-car footage was actually filmed by a camera guy tied down into the back seat!

Bullitt, in my view, had the seminal big-screen car chase; it has America’s coolest leading man, in a sun-drenched 60s California and stars two of Detroit’s finest examples of automotive Americana. But I also like it because it isn’t perfect; it’s riddled with bloopers. Perhaps it’s just because I’m a pedantic, self-congratulatory car bore, but I like to know stuff like this … and probably why no one will go to the pub with me anymore. But anyway, check out the film clips for the following:

So do you agree with me? Leave a comment below … after you’ve watched the clips, obviously.