I can’t do much motoring stuff lately. I don’t expect any sympathy of course and, in any case, if I can’t drive, I can drink. So I’ve been making cocktails out of obscure French spirits, Ouzo, value lager and fruit that curled up and died in the bottom of my fridge, pre-Covid, whenever that was. I like drinking. And when I’ve had a drink some of my more dead-good-brilliantest ideas come out. Like this one. This is my ‘message from a bottle’ (geddit?) pitch thrown out on the waves of the internet in the hope that a far-distant TV exec picks this up, reads it, and commissions my TV documentary; “The Very British Car Company”. The company doesn’t have a name yet. Hang on, I’ll just top up my glass and I’ll continue typing.

The VBBC brings together some of the finest minds from the British automotive scene in an attempt to start a new car company. Here’s an outline of how episodes might unfurl; Serial kit-car crackpot Tim Dutton is the owner of the oldest owner-founded car company in the world. His ‘factory’ is a leaky tin shed on a slipway on the River Arun, in Sussex. It is impossible to dislike Tim. At high tide the workshop floods and the few boilersuited boys working there all move upstairs – which is less underwater but the fiberglass fumes are stronger, resulting in more free-thinking car construction. Tim might have the oldest whatever car company but he only sells a couple of cars a year and it’s clear that, for all his chutzpah, times could be better. The Dutton factory is the location for this new and as-yet unnamed car company, the subject of the VBBC, where cameras are fitted for fly-on-the-wall coverage. This is so good you’ll wonder why no-one has created such a documentary as this before. I have gin left. It nice. 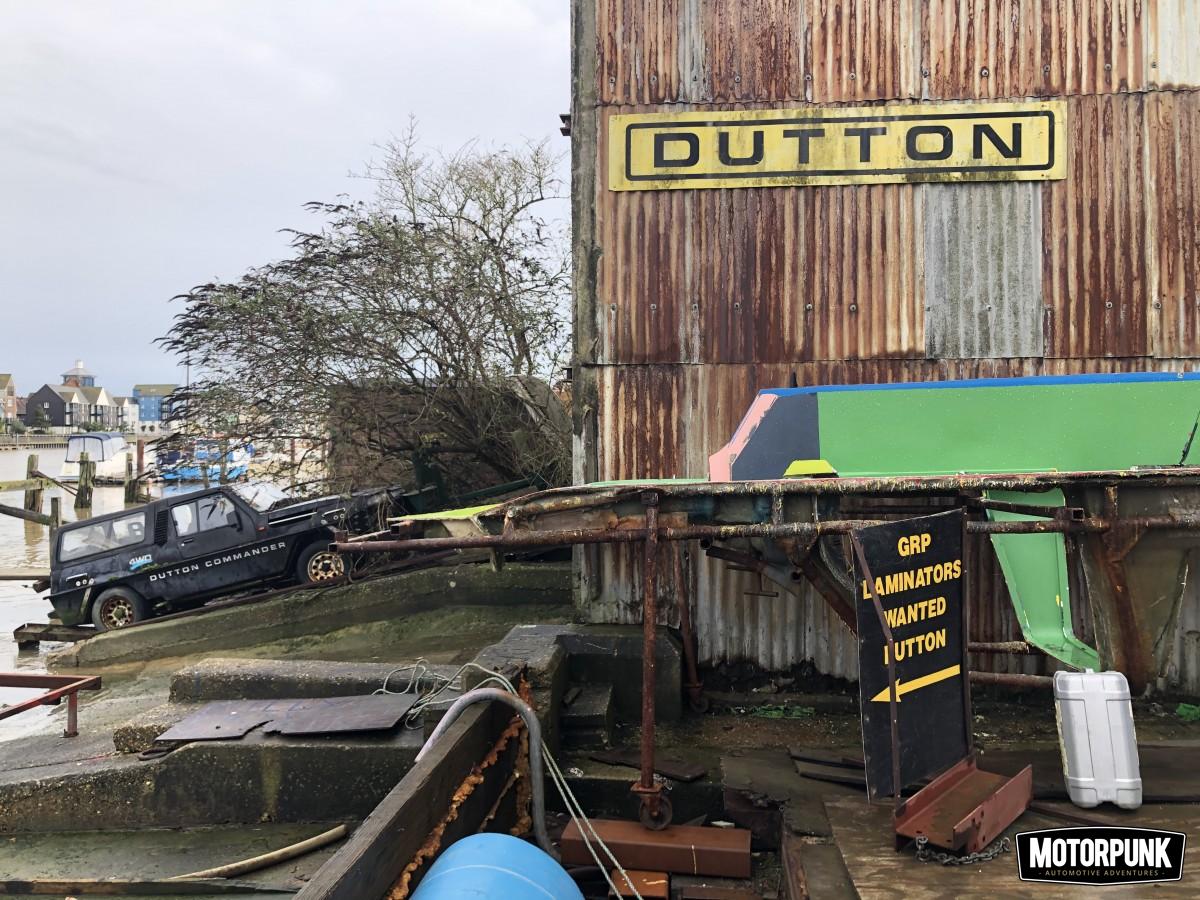 The plot, like my Steinnhammerpils with value Gin, self-raising flour and mango cocktail, thickens. Ron Dennis joins the new company at Dutton after he was ousted from McLaren. He once helped to create a meticulous technology centre, building some of the most expensive supercars on the planet. His single-mindedness and OCD are chalk to Tim’s cheese. Others join the fledgling company. Leepu arrives to help with the styling, and it transpires that in order to boost his flagging confidence he has ingested the contents of a briefcase he bought off Gumtree that once belonged to John Zee Delorean. Leepu makes friends with the seagulls, who consistently shit on Ron whenever he steps foot outside. Other arrive.  John Towers, lured back from the south of France by the smell of taxpayers money, immediately sells the factory from under Tim’s wet feet and leases it back to him. Subsequent episodes see confused Asian businessmen turn up having bought the lease, but John encourages the unwitting staff of the company to play hide and seek until the businessmen go away. Dany Bahar arrives on waterskis, towed by a Riva Aquarama piloted by Quentin Willson who normally only comes out at night but had been coaxed out with a bra that once belonged to Jodie Kidd. Dany immediately doubles the amount of models required and quadruples the production forecast. The market price of broken Ford Fiestas and Suzuki Jeeps mushrooms as Tim buys up everything he can to cannibalise for stock. After a week the yard, the lane and much of the neighbourhood is littered with broken cars.

Dany later returns by helicopter, the wind blowing much of the corrugated roof off the factory, to announce he has quadrupled the amount of models and decupled the production target. Decupled means times ten, I had to look that up because I’m ‘in drink’ although I probz wouldn’t have known that sober anyway. Dany (one ‘n’) bemoans the lack of organic, sustainable vegan choices at the nearest restaurant, the Hungry Horse on the A27 westbound. Tim has to siphon fuel from Ron’s Reliant Kitten (I DON’T KNOW WHY HE DRIVES A RELIANT KITTEN BUT HE DOES) in order to refuel the chopper before it can take off because Dany’s fuel card doesn’t work for some reason. Willson announces that NOW is the time to buy a Mercedes SL. Everyone wants a seagull to shit on him but none do. If I was there I’d shit on him myself. The sun sets over the workshop. Plinky plonky music. End of episode one. What’s the deal with paragraphs? Better start a new one.

John Towers has sold the lease on the lease on the lease to a mysterious young Russian who arrives in a black G-Wagen. As Mr Smolenski steps steps inside, Tim (who has lost his glasses, again) mistakes the mobsters motor for production stock and has the wheels off and engine out in a flash. By now the orders are starting to come in despite obvious cashflow issues which are solved, briefly, by Towers selling everyone’s clothes and leasing them back to them. Leepu’s state of mind is not good and, fueled by the narcotic magic from DeLorean’s case and encouraged by his ‘beaky brethren’, attempts to fly from the roof. The business begins to sell cars, mostly thanks to Quentin’s nefarious skills. Episode four sees a couple return their car after a happy 25000 miles of motoring and order an identical car, same colour and everything. Bahar takes over, suggesting that they buy ten of them, while Willson does a quick ‘mileage correction’ round the back, and proudly gives the couple the keys to their ‘new’ car with factory mileage, one which still mysteriously has the couple’s own best of Meatloaf in the CD player. I imagine that people who buy cars from a fantasy company staffed by the likes of Tim Dutton, Ron Dennis, Leepu, Clocker Willson, John Towers etc, would listen to Meatloaf.

Anyway, things go from bad to worse as Ron, incapable of exerting his iron will on the business, arrives at work dressed as King Canute. Ron sits on the slipway, shouting at the rising tide, until he meets his end in a grisly moment of sub-optimal oxygenation. Willson announces loudly that NOW is the time to buy a Mercedes SL. No-one listens. When Ron’s body is recovered, Asian businessmen pull the loafers from his cold, dead feet. Tim ploughs on with development work and turns to Charles Morgan, one-time big-knob of the Morgan Motor Company, a lovely chap who I would ordinarily find it hard to take the piss out of but Ouzo ain’t that bad when you’ve got past the initial burning/suffocating sensation and I’m feeling feisty. Anyway, Tim is an expert in fibre-glass cars and Charles is a master of ash-framed motoring. The two get into a debate about which material is the more buoyant, throwing parts into the sea, which turns into good-natured wrestling cut short when Charles gets a splinter in his arse. There’s no first aid box because Leepu had eaten the contents and Towers had sold the empty box. Hang on, I’m getting a refill.

By the end of the series the finances are so parlous that the company contemplates making an EV although even Leepu, in traction following his birdman moment earlier in the series and heavily sedated, points out that electricity and water are not a good mix. Willson points out that NOW is a good time to buy a Mercedes SL before everyone tells him to shut the f*ck up. Outside, the seagull shiver, having been plucked naked by irate businessmen bearing feather lease payment default letters and some claptrap paperwork from John Towers who has taken out a £500 million loan against the company and is absent from work as he is moving into his new £500 million mansion abroad somewhere where the Birmingham Evening Post can’t find him this time. Smolenski, sans wheels, has been stranded at Dutton, in a land strange and foreign to him, a bit like that terrible sitcom ‘Duty Free’, remember that? Fortunately internet bedwetter Schmee arrives to lisp about thupercarth to a GoPro and the two strike up an unlikely friendship over a shared love of Hypercars, Walls Viennetta and Play-doh. The first series (surely it will get commissioned for more) finishes with a lengthy, passionate monologue from a crab who lives in the mud under Tim’s desk. The crab extols the joys of car ownership and the increasing social acceptance of daytime binge drinking, before an Asian fellow abruptly drops him into a pan of boiling water. Roll credits. If you’re reading this, Mr TV Producerman, send a cheque to Duisberg, R, at the usual address. Or just buy me a pint sometime. Cheers!

PS – I have done a moodboard gallery thing with pictures stolen off the internet. I hope you like it. 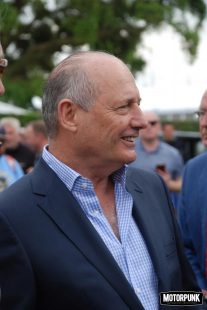 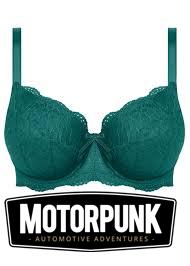 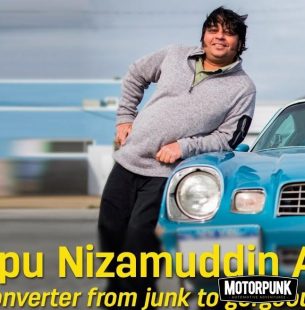 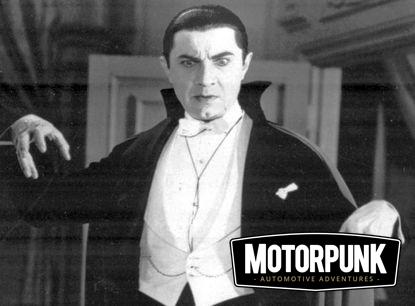 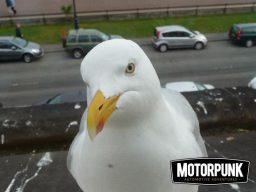 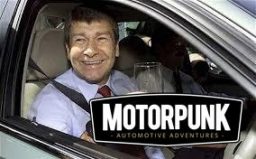 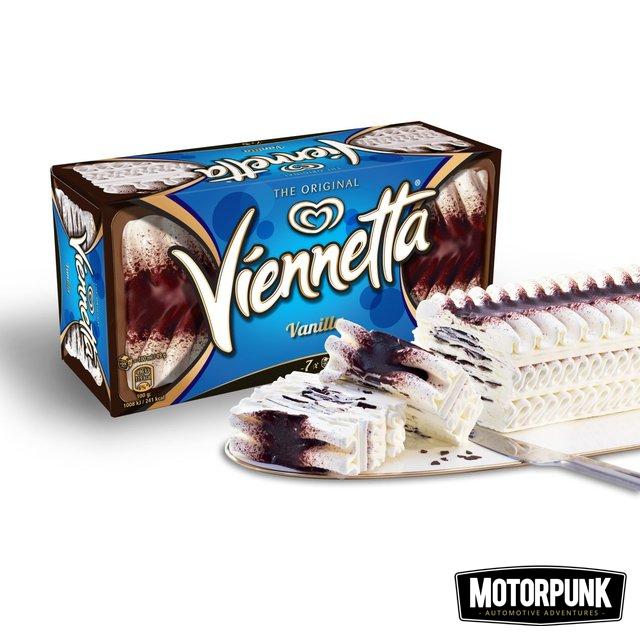