Trailers for the new Bond movie offer the venerable DB5 upgraded with mini Gatling guns. All well and good, but what are real spy cars like? Naturally, it’s a bit tricky to find out, but if you’re willing to step back in time to the Cold War, I can offer you a couple of examples. True, they don’t have the cachet of an Aston, but then these motors were never going near a casino.

They were the cars of a British Military Mission, known as BRIXMIS created in 1946 to foster goodwill and liaison with their former Soviet allies in the hard border between West Germany and the DDR. The Mission consisted of a small group of unarmed soldiers and airmen allowed to roam East Germany by car. It was a chance for our chaps to get a close up of the Soviet war machine by means fair, and sometimes illicit. The Soviets allowed the Mission to exist because they were allowed a Mission in West Germany. The East Germans had no say in the reciprocal agreement. This narked the Stasi no end.

Icy relations at the start of the eighties saw the duties of BRIXMIS heat up. New vehicles were tweaked for intelligence gathering. Following a long line of Opel saloons, specially modified 3.0i Opel Senators were introduced. The cars were fitted with Ferguson four wheel drive together with an armoured floor and sump guard and upgraded suspension. Hopefully, brakes were upgraded too. Extra fuel tanks were added to give the cars a 500Km plus range.

Outside, the Senator received a matt, olive green paint job to blend in with the Warsaw Pact military vehicles. The cars were also required to wear prominent plates front and rear identifying them as part of the Military Mission. 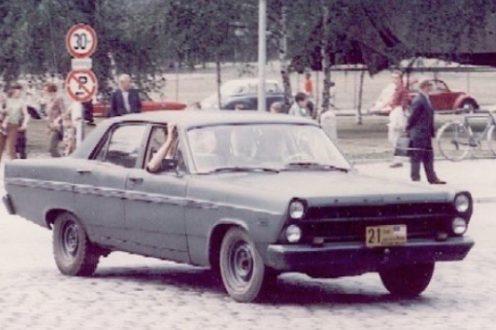 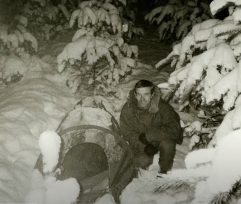 Inside additions included map lights and curtain blinds for the rear passenger windows. It reduced glare for the back seat photographer, and hid his nefarious snapping from prying eyes. Up front, a cluster of unmarked toggle switches on the centre console activated various gadgets. There was a kill switch for exterior lights, infrared for driving whilst in a blackout state (Knight Rider?) whilst another changed the displayed lights to resemble different vehicles. For others we have to guess, probably not an ejection seat though. A glare/dazzle application perhaps, or a switch to just deactivate brake lights, an old rally racers trick to frustrate a pursuer in braking zones.

The Senators were suited for long distance patrols on the road networks and byways of East Germany. Their performance and size leant them to roles requiring a discrete approach and a swift exit. The four wheel drive was a boon for winter, and forest tracks, but for serious exploration off the beaten path the Mission relied upon its dedicated off road vehicles.

For a while the Mission used Range Rovers, featuring a fully retractable roof. Choosing a secluded spot lined up with an airfield flight path, the crew could remain in the car, pull back the roof and shoot pictures as the planes flew over them, obtaining the best view of their armament and electronic pods. The Range Rovers were reputed to be draughty in winter and dusty in summer and earned a reputation for breaking down. In the eighties a vehicle that became a favourite for all the Mission teams replaced them. 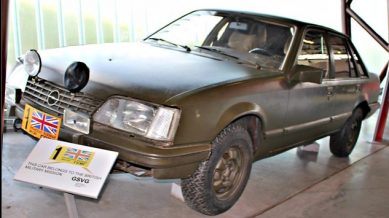 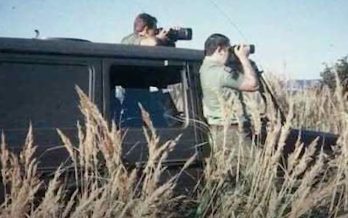 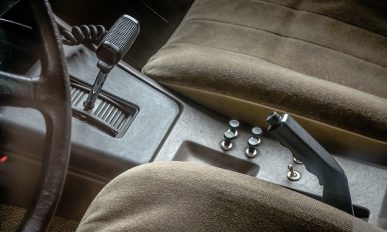 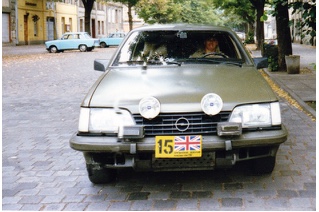 The Gelandewagen 280 or the G Wagen, did everything a Range Rover could without the excitement of calling the AA. Features included rally bucket seats, roll cage, a powerful winch and a decent, sealing roof hatch for those aircraft pics, or for peering over a security fence. Its only downside was its distinctive appearance was about as incognito as a DB5. The East Germans called it the Little Tank.

These two vehicle types enabled the British Mission to conduct intelligence gathering around the clock with always at least one team out on “Tour”. Some parts of East Germany were marked as prohibited. Naturally these attracted the teams like proverbial moths. Sometimes they got burnt. Shots were fired and vehicles rammed by irritated Soviet troops. It was said successfully ramming a Mission car was rewarded with a leave pass.

A typical tour consisted of a three man crew and could last five days. Avoiding the Stasi meant sleeping out under canvas with the driver always staying in the vehicle. The trip east began by crossing Gleinicke Bridge, famous as the Bridge of Spies. The first order of the day was to shake off the frequent Stasi tail car. Bread and butter work consisted of watching the railway for trains bringing fresh units and equipment, and filming military convoys. Trickier stuff involved creeping onto military ranges to hunt for dropped munitions or kit, and rummaging through bins and military dumps for paperwork. Soviet soldiers weren’t issued with toilet paper so they improvised. If that happened to be a radio log or training manual it could prove to be an intelligence coup. 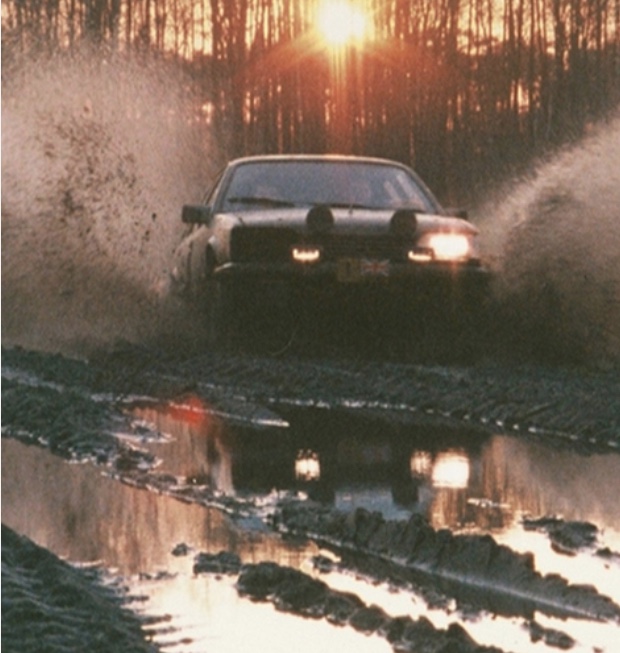 The US and the French also ran Military Missions although on a smaller scale. The Americans initially used tuned up Fords. Later they adopted the G Wagens and Senators. The French smoked around in Mercedes saloons.

All of them played a game that could have deadly consequences. An American officer was shot dead outside a military installation. A French officer died after his car was rammed off the road. The Brits suffered several injuries in ramming incidents. Sometimes encounters were less hostile. The spy cars carried small ‘gifts’ such as fags, chocolate, and top shelf adult reading material to provide stimulus for positive encounters with their Red opponents. Not very 007, but at least, shades of Pussy Galore.

The fall of the wall saw the Mission’s role end in 1990. BRIXMIS became a relic of the Cold War, as did their vehicles. A Senator is on display at RAF Cosford. A rebuilt G-Wagen survives at the Army Intelligence Museum. Bond’s Aston might grab the headlines, but these cars did the business.