From submariners to scramblers to spies in Skyfall, these are the jackets that made Barbour’s waxed cotton clobber Internationally famous

Traditionally, among the hardy young folk of Tyneside’s clubland, the outer coat has often been regarded with suspicion. Or worse still,  a sign of weakness. Nevertheless, John Barbour’s clothing company, founded in South Shields in 1894, soon became renown for its high quality wet weather gear that protected Victorian fishermen from the worst the North Sea could chuck at them. 125 years later, Barbour has earned a clutch of royal warrants and grown into an internationally recognised brand, selling its British-made waxed cotton jackets in more than forty countries spread across six continents. But did you know that Blighty’s favourite outdoorsy outfitter once had its own version of MI6’s Q-Branch? Well, you might not have been able to blag an autogyro or a gadget-packet Esprit but, at one time, deep in bowels of Barbour’s Department B, a Geordie seamstress could be employed to upgrade your classic waxed jacket with secret pockets, a fancy silk lining or a tailored fitting to disguise a hidden Walther, should you so require. 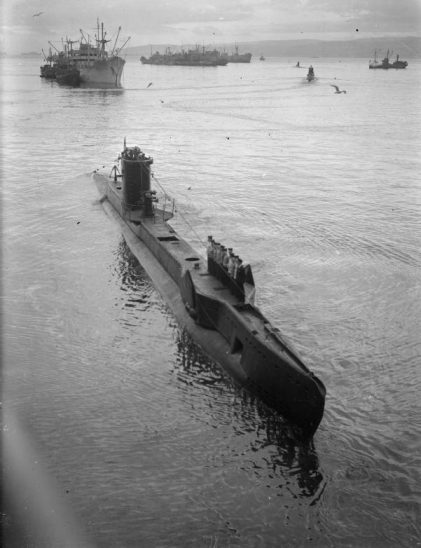 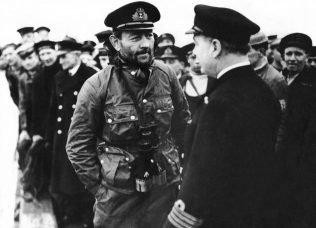 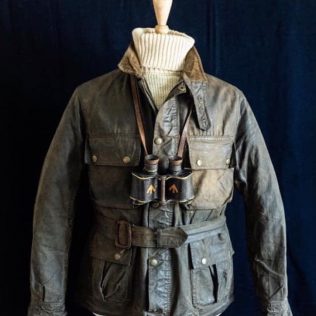 Department B, Barbour’s original customisation unit, began in 1937 when a disgruntled submariner named Captain George Phillips commissioned a bespoke two-piece hooded version of the Barbour International motorcycling jacket for himself and the entire crew of HMS Ursula. The inspiration came from Phillips’ navigating officer, Lieutenant Barklie Lakin, who had raced Bugattis at Brooklands before the War and had demonstrated the effectiveness of his personal Barbour ‘driving suit’ by having the boat’s fire hoses turned on him. The custom-made Ursula jacket, named after their U-Class submarine, was a huge improvement on its cumbersome oilskin predecessor and eventually became standard issue to the Royal Navy’s ‘Silent Service’ throughout the Second World War.

Barbour’s military links and Dept. B special orders continued for many decades, right up to the Falklands War when several Army officers commissioned customised combat smocks to withstand the island’s relentless drizzle and biting winds. Nevertheless, Barbour jackets have always been more celebrated for their motorcycling links, with 97% of riders in the 1957 International Six Days Trials opting for its trusty waxed cotton outerwear. Iconic status for the British-made jacket was finally confirmed in 1964 when a member of the US team called Mr Steve McQueen entered the ISDT in East Germany sporting a black ¾-length Barbour A7 International with the Star-Spangled Banner sewn to his chest. 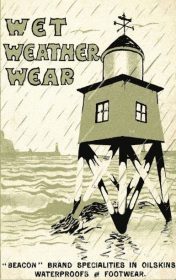 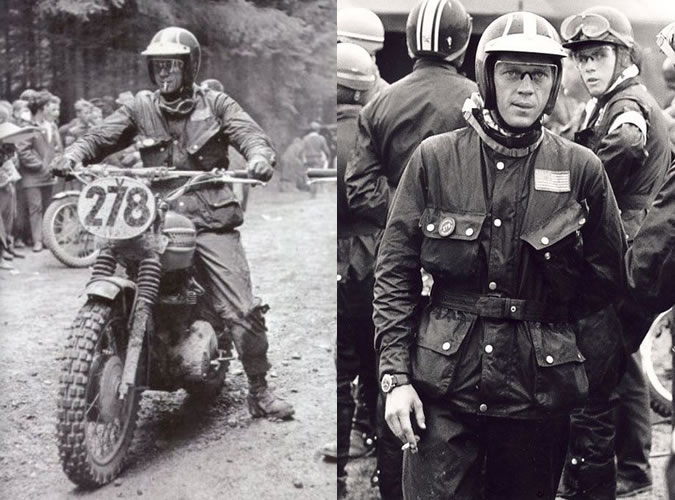 Both the Ursula and International jackets have evolved over the years, but their modern-day interpretations still carry a whiff of their wartime and motorsport roots that MotorPunk readers will almost certainly appreciate. But we all like a bit of Bond too, don’t we? The custom-made Barbour driving coat worn by Daniel Craig in the 2012 blockbuster, Skyfall, was inspired by the original A7 motorcycling jacket worn by McQueen. Apparently, director, Sam Mendes, wanted that final scene on the gloomy Scottish moors to have a gritty ‘60s feel about it and thought Bond’s waxed cotton Barbour, alongside his Q-Branch DB5 and Anderson Wheeler double rifle, would fit the mood perfectly. Well-made and reassuringly expensive, what we chaps at MotorPunk love most about our British-made Barbours is that, much like 007 himself, they actually get better with age. 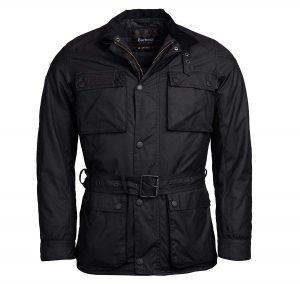 You can buy a modern interpretation of that WWII Ursula Jacket, now called the Blackwell, for around £300. It’s cut for a contemporary slim fit  with a hardy Sylkoil waxed cotton outer and a quilted lining with a distinctive branded tyre print. Four outer pockets feature the square shape and stud-close flaps first seen on the Ursula and International motorcycle suit, while the waist belt, brass hardware and buckle-close funnel collar are also a nod to the submariners original.