In 1975, Tim Leatherman and his wife traveled to Europe for a nine-month motoring adventure. To get around, the couple bought a shabby 1969 Fiat 600 from a bloke in Amsterdam, and a bunch of road maps from the city’s bookshops with the grand idea of driving to Iran. Just a few days later, elbow-deep in buggered Italian mechanicals, the idea for the Leatherman multitool was born.

With a degree in Mechanical Engineering, car nut Tim knew his way around an engine but the only tool he had to fix the flaky Fiat was an old Boy Scout pocketknife. That was okay for stripping fried wiring, and screwing bits of trim back on that Luigi hadn’t done properly back in ’69, but what he really wanted was a bloody good pair of pliers.

Later in the trip, he began design sketches for the tool he’d really needed on his road trip, and even created a cardboard prototype for a gadget he’d christened “Mr. Crunch.” Terrible name, but a great idea. By 1984, Leatherman had produced 30,000 rebranded Personal Survival Tools. To date, more than 25 million Leatherman products have been sold worldwide.

Now standard issue to British Special Forces, they have been carried by every modern explorer, from Ed Stafford when he walked the length of the Amazon to Fedor Konyukhov ballooning around the world – both men claiming that a Leatherman probably saved their lives at some point in their adventures. A great invention inspired by a fecked Fiat – kit doesn’t get more MotorPunk than the brilliant Leatherman multitool. 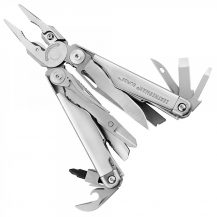 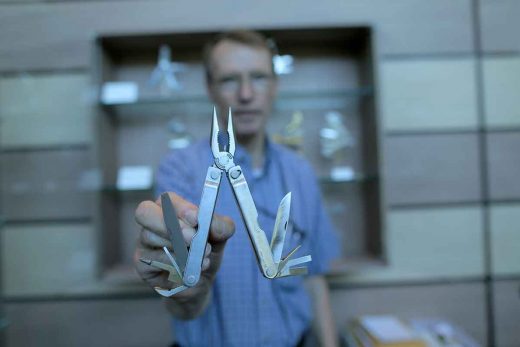 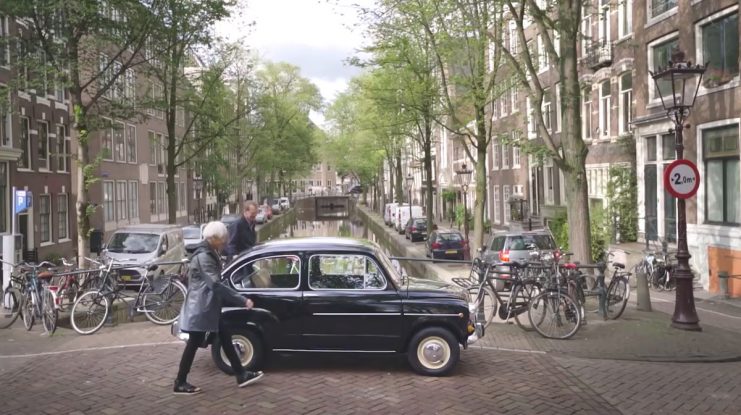