Everyone is going bonkers for the new Suzuki Jimny. But is it the most MotorPunk adventure vehicle you can put on your driveway for about £10k? How about a bonsai off-roader that can also go off-shore?

Most car savvy Brits will know of Dutton Cars. In the 70s and 80s they were Britain’s most prolific kit car manufacturer, far outselling the likes of Lotus and Ginetta. Dutton’s GRP-bodied DIY packages were perfect for the cash-strapped motoring enthusiast looking to up-cycle their rotted-out Cortinas and Escorts into something far more dashing, and they sold more than 8,000 kits. Now based on the English south coast, Dutton Cars has recently entered the record books as the ‘World’s Oldest Founder-ownered Car Company in the World’ – but what began on his parent’s driveway in 1969 with a bag of spanners and a decrepit Triumph Herald, has now transformed into the country’s foremost manufacturer of amphibious vehicles. 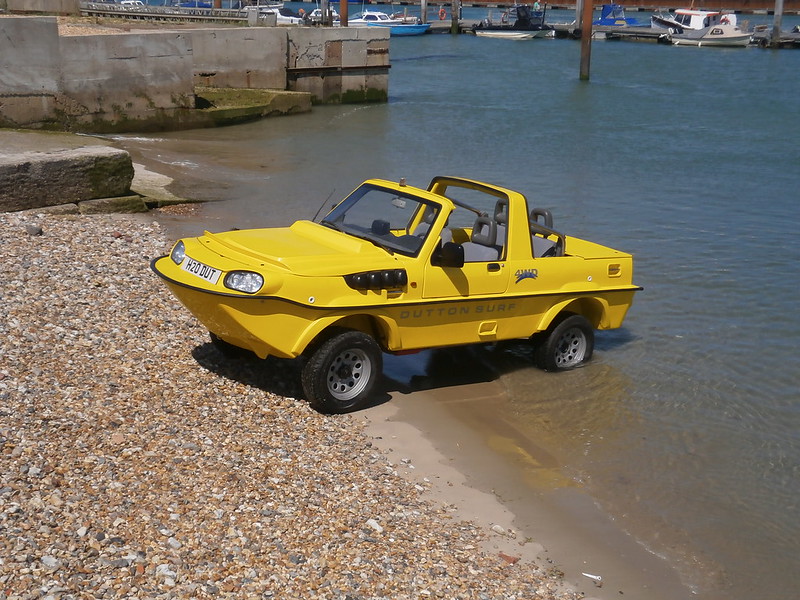 Just before Christmas, we went down to Tim Dutton’s workshop in Littlehampton to try out his latest model, the Dutton Surf, based on the undergubbins of the last Gen-3 Suzuki Jimny. Costing roughly about the same, we set out to find out what was best: a nearly-new Gen-4 Jimny or the British-built ocean-going creation based on its predecessor.

Set aside ten minutes, grab a tot of rum (or some other suitably nautical tipple) and enjoy our sage consumer advice … like whether seat belts are a good idea in a boat, drunk sailing legal loopholes  and cross-channel driving etiquette!