A night drive to Wales led to early morning on a hill called CAD West, a natural green and pleasant camera platform between Dolgellau and Machynlleth that sits on a military air training area unofficially known as the Mach loop. Its where the airforce practice low level flight training

Watching a C130J Hercules loom over the hilltop was worth the trip alone. Expert photographers on the hill reeled off shots so sharp they could see the handlebars on the pilot’s moustache, Meanwhile I managed a series of snaps of a blurry silhouette and settled in for the next aircraft through the gap. 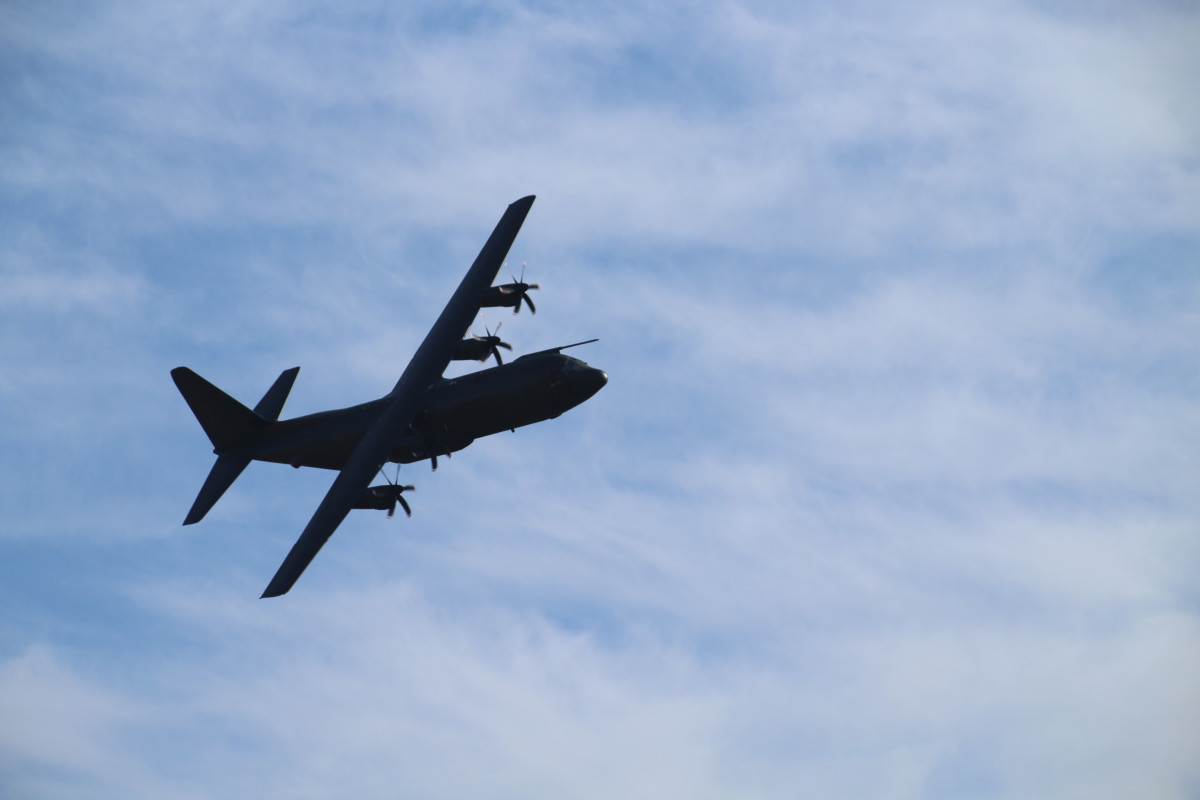 Err, nothing. Midday came and went. still nothing, It turns out that amongst the many fine traditions upheld by the RAF, Poets day is sacrosanct, only to be broken by random inconveniences, like a deployment overseas, or the Luftwaffe.

So I headed down the valley to Dolgellau home of Gwyndaf Evans Ford. Gwyndaf was British Rally Champion in ’96 and four times runner up,These days his son, Elfyn, competes in the WRC. Gwyndaf runs the family business that stretches back to his grandfather in the thirties. He keeps his MK2 Escort in the showroom. I grabbed a picture of it as the man himself watched from behind a desk piled with paperwork.

Around the corner Inspection was under way for the Rally North Wales National. Alongside modern clubman rallying fare, and new Bowler Landrovers, classics were assembling for the scrutineering foreplay of tempered lies and pleas for leniency that tradition dictates is required to go racing. The Blue Oval was out in force, offering more quality Escorts than a billionaire’s yacht party. 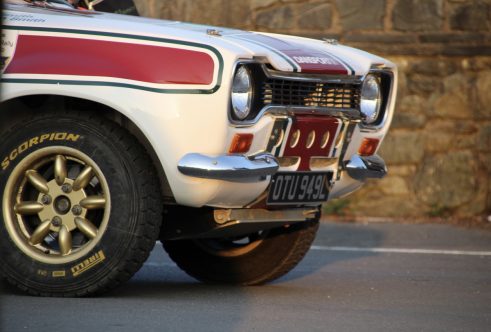 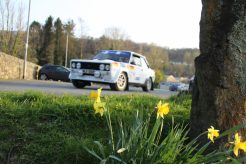 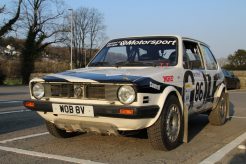 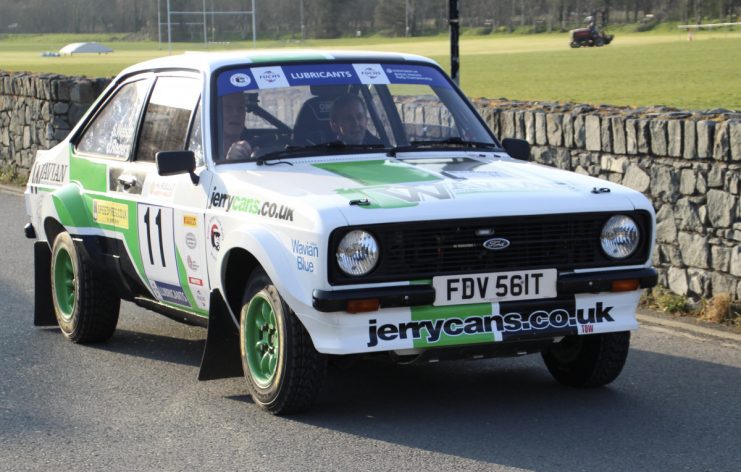 Amongst the Fords I found a lone Hillman Avenger. As I swooped in for a photo, the occupants jokingly waved me off, ‘it’s not an Escort’ Rory and Paul McCann nipped over from the Isle of Man, bringing the Hillman Avenger that belonged to a mate who wanted it to ‘get some exercise’ Amongst the other “not escorts” was a lone Golf, a smattering of Sunbeams, a Capri 3000GT, a Lotus Cortina, a 240Z A Datsun 1600 several E30 BMWs, and holy of holies, a Fiat 131 Abarth.

The rally stages were the following morning. I was supposed to be back home then. The notion of leaving without witnessing a squadron of Escorts tearing through a Welsh Forest Stage was unbearable..With no room at the Inn, improvisation came in the shape of a picnic blanket, an old coat, and a chilly night parked in a road side rest stop. It tested the theory whether you can sleep in a VW Up. The answer? Yes, but only if you really have to.

Aberangell spectator stage, basking in early spring weather brought the fans out in droves, Parka jackets and bobble hats replaced by shorts and sunglasses. The dry weather made the cars kick up rooster tails of dust that rolled over the fans. No one cared, the sight and sound of so many classics being hammered through a Welsh forest made it a near perfect day, only missing a Dickie Davies ‘World of Sport’ Voice Over 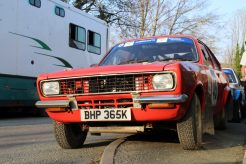 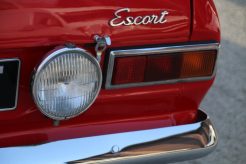 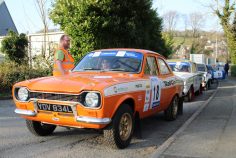 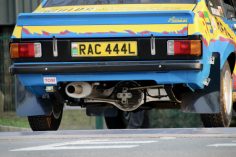 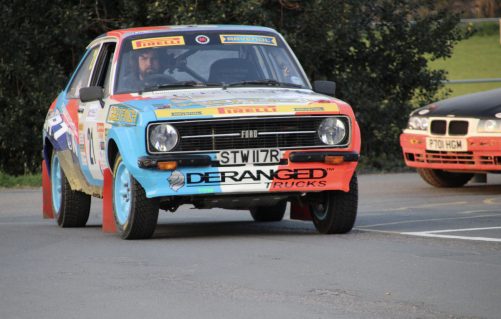 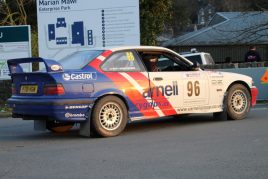 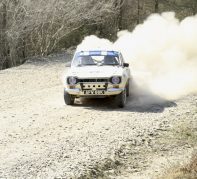 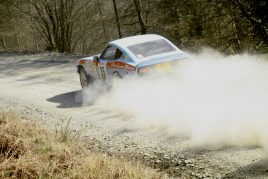 The Capri looked magnificent, the Sunbeams gave me a nostalgic hit of driving Welsh backroads in years past. The Abarth was flying, and the Avenger was holding its own, although, perhaps no surprise, the Escorts won the day for me. A car that defined an era of rallying; Fifty odd years have gone by yet here they were, as the motoring Gods intended, still snarling and flicking their tails out , still looking so fine, so perfect for the role. Four wheel drive and loopy, Group B monsters may have taken rallying on a violent rollercoaster to the next level, but these relatively simple, tough cars will always hold a special place in rallying lore. So many drivers cut their teeth on them, found their feet, and honed their Scandinavian flick. Clubman or champion , then as now, the Escort as a rally machine just gets the job done. 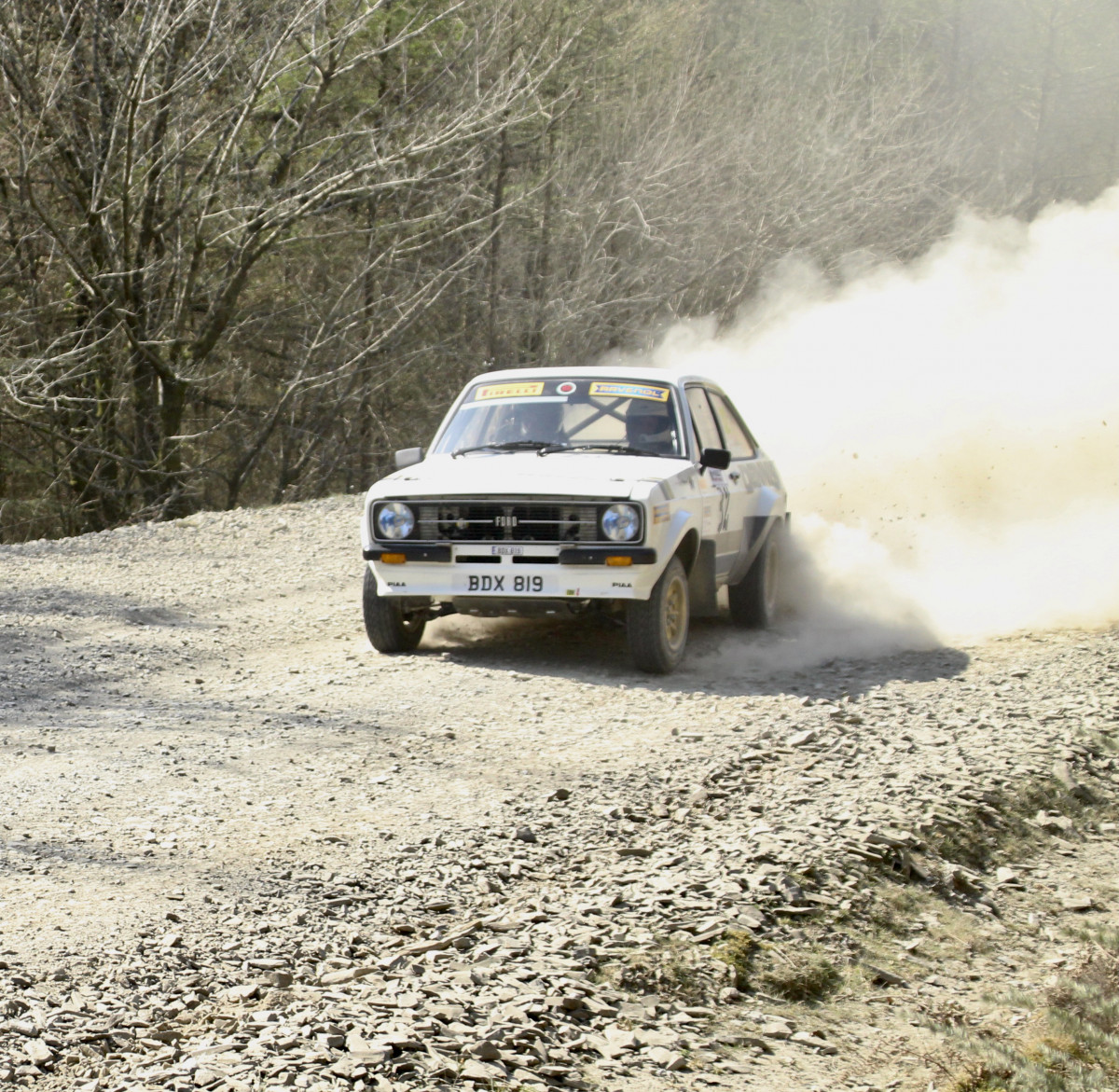