Spyker were rebuilding their production facility after an aborted move to Coventry but there were a few cars in production and some interesting stuff to be seen, including the original Spyker prototype, when I called in for a coffee and chat. The reason for the move is related to their relationship with Coventry Prototype Panels (CPP) who produce the lovely aluminium panels that clad the chassis. The Spyker C8 Aileron’s rear wings and valance are all one huge aluminium panel. 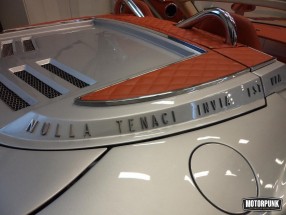 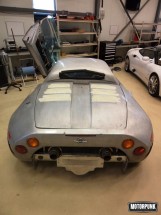 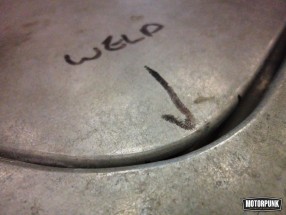 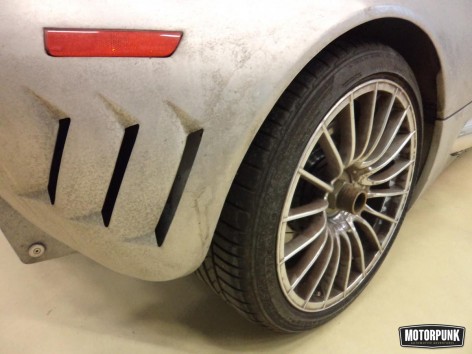 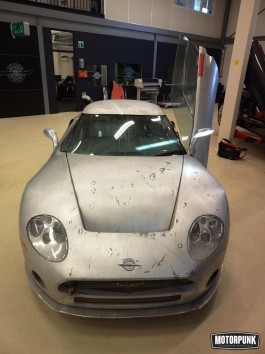 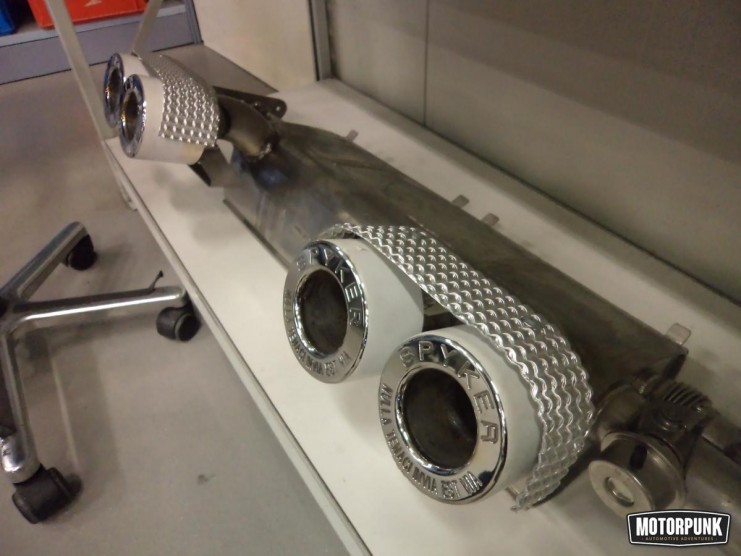 The prototype Spyker was there, with some odd angles and peculiar features that didn’t make production, such as long wing mirrors made from a single aluminium sheet. Metal-bashing skill like this is hard to find on the continent, and there’s a certain irony about such a beautiful product being handcrafted in the ugly end of the English Midlands. Spyker offer an option of riveted panels, which might be technically archaic and rather expensive, but look fabulous. Their motto, applied everywhere, is “Nulla tenaci invia est via” meaning “For the tenacious no road is impassable”. A motto applying only to those who haven’t driven on the A14.

Spyker Aileron suspension bits are surprisingly Evora-y; Lotus Engineering have clearly had their fingers in here, which can only be a good thing. The engine cover looks like a tangerine tagine. Underneath is a 4.2 litre Audi-sourced V8 with 400BHP; transmission is stirred with a manual gearlever with open linkages in the cabin. Snickety! Spyker want driver involvement via beautiful and tactile controls. Leather is of a type usually used in furniture, not vehicles, all thickly quilted. Toggle switches are everywhere, with no nasty plastic to be seen, and lots and lots of turned and brushed aluminium. The nice man at Spyker encouraged me to handle everything; the machined metal toggle switches felt perfect in my fingers but I felt rather awkward as he egged me on, it felt like he was asking me to re-tune his wife’s nipples to medium wave while he watched. All very…Dutch. 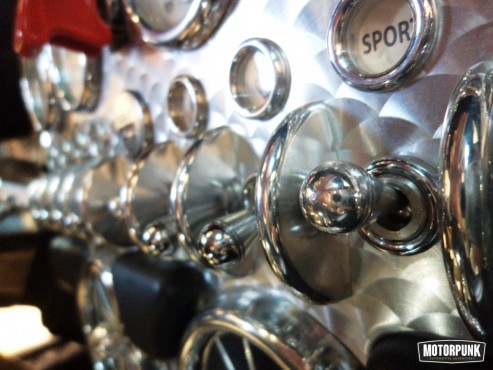 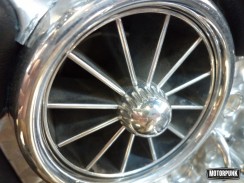 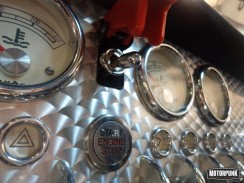 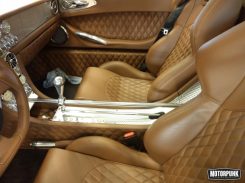 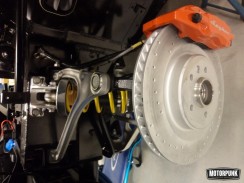 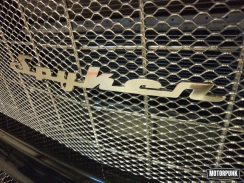 Post dashboard fondle we put the kettle on and had some excellent Dutch coffee. I had half expected it to be served in an aluminium cup with a quilted leather handle, stirred with a propeller-shaped spoon. Sadly it wasn’t. Spyker talk about the influence of fighter aircraft on design – air intakes, toggle switches, controls all seemingly designed to deliberately confuse the Hotel parking valets in Monte- Carlo. These cars are clearly built to show off but MotorPunk is more “Romanes eunt domus” than “Nulla tenaci invia est via”.

Behind the showmanship there’s a serious company with a proper car. The factory has an engine test-bed where Spyker once built a single Audi-based engine with a flat-plane crank to give it the evocative Ferrari sound, and then used it at Le Mans. You need deep pockets to race in F1, and Spyker aren’t Ferrari. But they stuck a car on the grid in 2007 anyway. It’s hard not to be impressed by all this. The F1 team was then sold on to Force India. Spyker’s bossman, Victor Muller, might not be the most popular chap in Trollhättan but he’s clearly a canny Businessman. It was too short a foray to get any drive-time in either Spyker’s new B6 Venator or the C8 Aileron (pictured), but there’s the best of British in there, roast beef garnished with edam amstel waffles chips with mayo something Dutch and tasty. 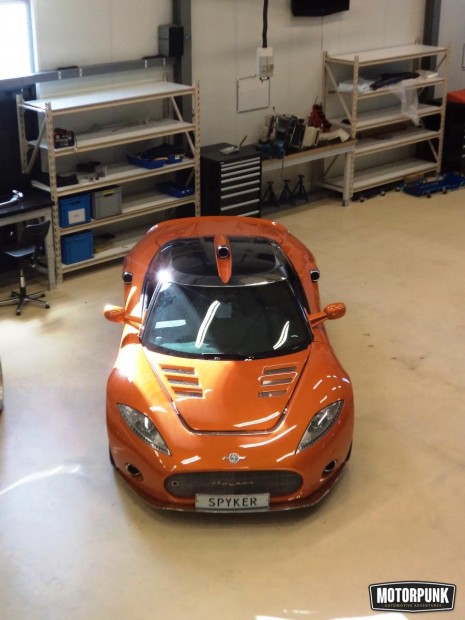 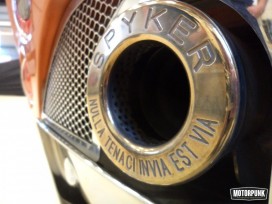 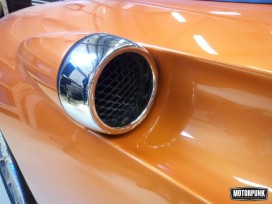 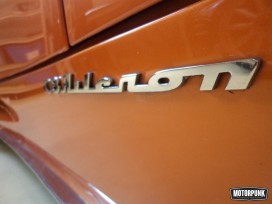 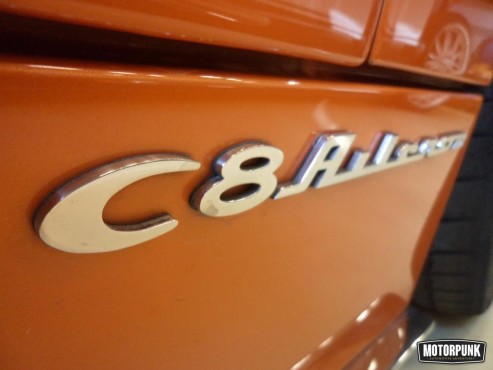 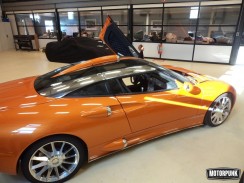 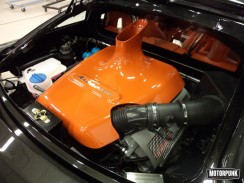 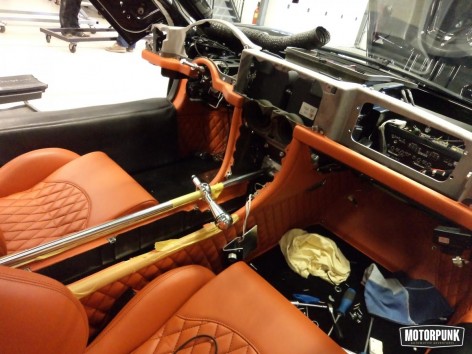 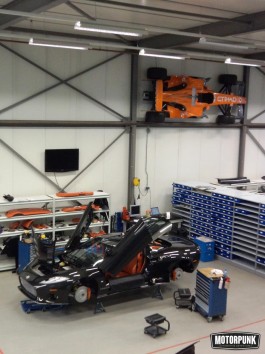