I’ll be honest, I had never heard of the Pistons & Props event. With the Goodwood Revival binned this year, many of us were feeling somewhat deflated and in desperate need of a day out with some old motors. By chance, on my morning constitutional, I spotted a sign at the side of a road advertising this two-day event at Sywell airfield in September.

I knew it would prove to be a good one as I tailed a vintage Daimler armoured car to the event, cheering as its driver carved a path through Sunday morning dawdlers, rarely dropping below 60mph. Well played, Sir!

Sywell is well known in aviation circles as a special place to visit. The airfield buildings are beautifully preserved examples of the Art Deco era. If you get the chance go and take a look and imagine the glamour of its heyday, in a world long before masked cabin crew, search lines, and plastic meals. 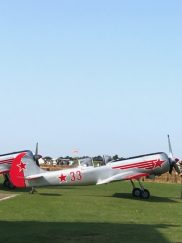 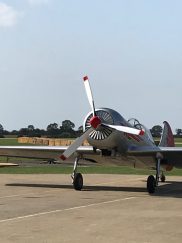 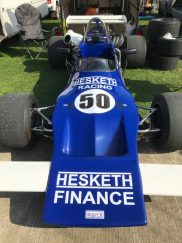 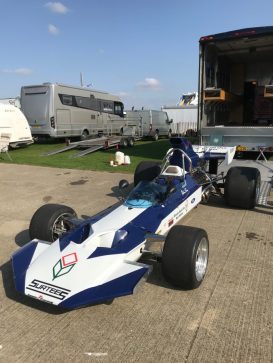 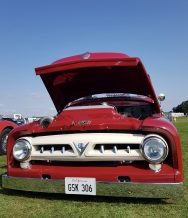 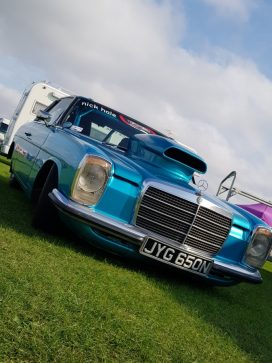 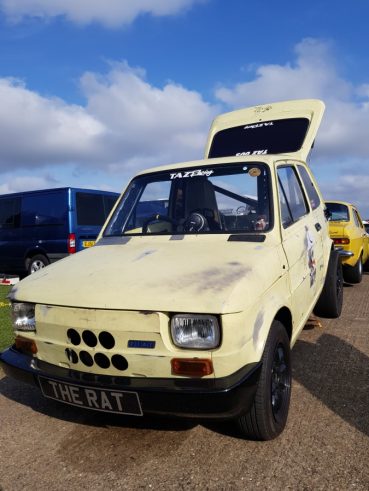 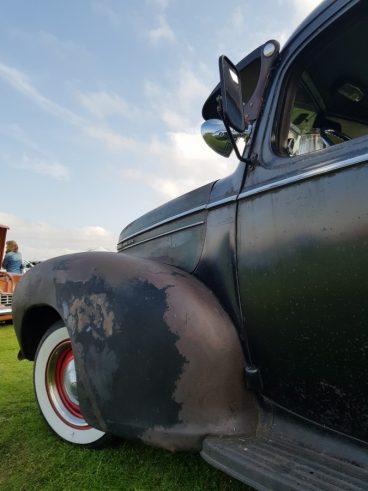 On the ground there was a little something of just about everything. You can take your classic car or bike and park on the airfield for a fiver, giving a terrific mix of classics from all eras. The sheer variety on display made for a great show on its own. Sywell offered more, with demonstration runs on the airstrip and perimeter tracks by drag racers and historic racing cars, plus parade rides for the many classic bikes that turned up.

Special guests included a very British take on classic Quarter Mile hoonery. A pair of deranged Fiats, an unlikely but fabulous classic Merc and my favourite, the A60 pick up running a V8 with twin turbos. Classic racers included an early Hesketh and a Surtees as well as a certain Connaught Racing Equippe with a Leyland Leopard race transporter that has featured on the ‘Punks pages before.

The rear of the Leopard has a counterbalanced ramp allowing for the carriage of two racing vehicles. This year it held a rather lovely Lancia saloon racer still on its Italian registration, accompanied by a 1927 Morgan racing trike. Its period JAP engine was salvaged from a railcar. Look closely and you will note the cooling fins are facing the wrong way. The owner explained the Morgan was a tribute to an ancestor, Hors de combat, after a crash at Brooklands in the same model car. He also said his converted Leopard, festooned with GRRC stickers, was a faithful friend, although prone to drop rust these days, particularly when fully loaded crossing the Alps. 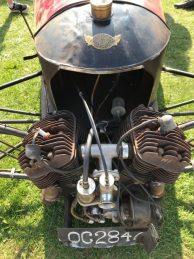 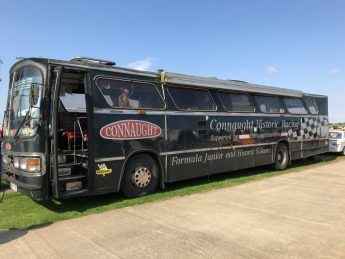 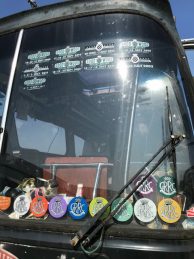 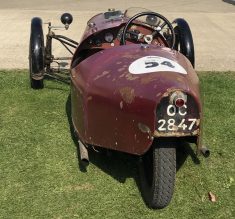 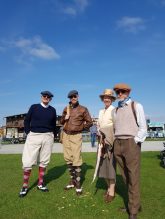 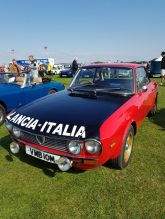 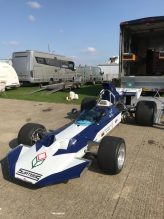 Classic Transits and Campers also featured, with stand out restored examples of the latter, in the matronly proportions of a Commer and Bedford CA. Based on my impromptu headcount, a vintage USAAF flatbed hauling a Wright Cyclone radial engine and a comparable Rolls Royce unit, complete with bent props, stole the show, receiving more ‘bloke’ attention than all the other classics put together.

On what felt like the last day of summer, Pistons & Props proved a top day out. Lots of folk missing the Revival, dressed up for the day, commenting on what a treat Sywell proved to be. If you can’t make Goodwood next year, or just fancy something a little more ’boutique’, then we can thoroughly recommend that you pop along to this show in 2021 to enjoy an eclectic mix of classic wings and wheels.