It has to be said that Lord March hosts an exceedingly good garden party at his Goodwood estate with his Festival of Speed soirée now in its twentieth year. This year’s shindig celebrated a clutch of special 50th birthdays, including Germany’s favourite arse-engined sports car and the Kiwi Bruce McLaren’s F1 race team. Ferruccio Lamborghini also got his half-century hat tip at FoS 2013 – any tractor builder that switches to hypercars just to stick two fingers over the fence of his Modenese neighbour certainly deserves the virtual bumps in our books.

Porsche had really pushed the boat out for the 911s 50th bash. Taking centre stage high above Goodwood House three landmark cars, plucked straight for its museum’s collection, were mounted to prongs of three 100ft arrows.The 1963 original, churning out just 128bhp from its air- cooled 2.0-litre, shared the 40 tonne sculpture with an iconic duck-tailed RS from ’73 and the very latest incarnation of the 911: the type-991 Carrera 4S.

While many come to “Speed” to watch the parades of motorsport royalty, and gawp at priceless automotive erotica, my favourite bit is the forestry rally stage. With the WRC also celebrating its 40th birthday this year, visitors were treated to some fabulous retro rally cars including a works TR7 V8, Paddy Hopkirk’s Cooper S and the steroid- pumped Metro 6R4 from the good old days of Group-B. In 1984, as a smutty-minded teenager, the BASTOS liveried Porsche that graced the WRC just made me chuckle; thirty years the same perfectly preserved 911 now made me drool with envy as it blasted around the dusty wooded circuit with its throaty flat-six howl. If I could take home just one car …

By mid-day we had to seek sanctuary from the 30°c heat in the shade of the trade stands. Alfa had created a dimly-lit bat cave to showcase its gorgeous new 4C, BMW had built its own MINI themed dodgems while VW were painting a brand new GTI with model car tyres all in the name of modern art.

Meanwhile, over on Toyota’s stand, the hoi polloi were clambering over the new GT86 – orange skinned promo-girls tried not to wince as sweaty, sunscreened kids ate melting Cornettos in its Alcantara seats. However, those clever folks at Ford probably made the most friends simply by giving out free ice lollies – the meteorological pessimist in me suggests a back up plan of Bovril for next year’s “Speed.” However, the festival’s hub remains its 1.16 mile hill climb course which starts near the front lawns of Lord March’s ancestral home and winds its way up, past the infamous flint wall, 300ft to the finish line near the racecourse. Stars of F1, Le Man and other A-list wheelmen piloted everything from factory-fresh hypercars (such as McLaren’s P1 in its first public outing) to Richard Trevithick’s London Steam Carriage from 1803. However, the most moving tribute of the day was reserved for the Godfather of British motorsport; as Sir Sterling Moss cruised Fangio’s Merc 300-SLR (the 1955 sister car to Moss’s) down the course the crowd’s applause followed him, from top to bottom, like an audible Mexican wave.

The big crowd pullers included the 2013 F1 cars which all did a turn, and several donuts in Hamilton’s case, up the hill climb course. The best sounding machines of the day (bar the Vulcan bomber fly past) were probably the 70s Le Man cars, especially the all- conquering Porsche 917K and its monstrous 4.5-litre flat-12. I never thought I’d ever say this, but there were even some interesting Peugeots on show, including Sebastian Loeb’s 208 T16 Pike’s Peak record holder, and its granddad: the 405 T16 GR – star of the film “Climb Dance.”

I cannot come close to summing up the fantastic atmosphere of the Goodwood Festival of Speed 2013 nor the sheer quantity of automotive eye- candy on display. The pics included here are just some of my favourite bits – feel free to tell us what other gems we missed. 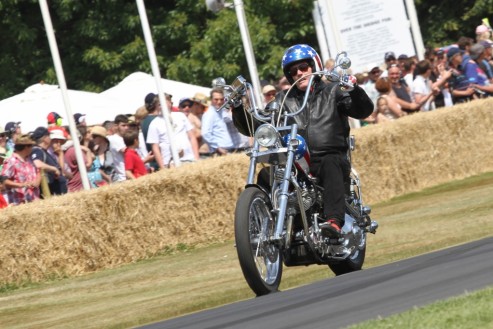 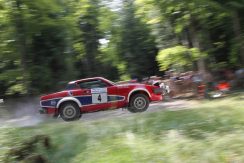 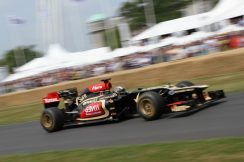 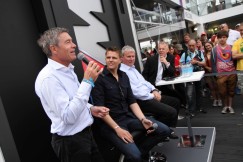 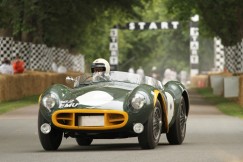 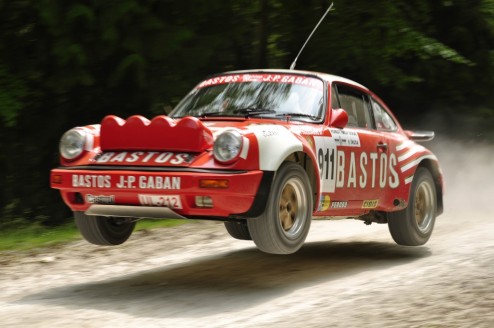 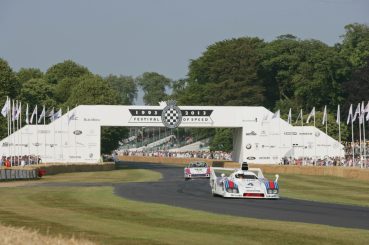 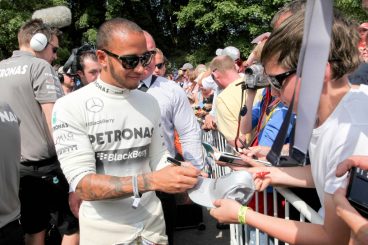 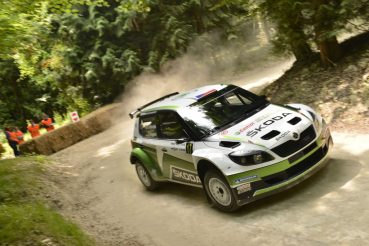 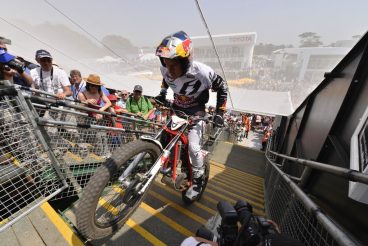 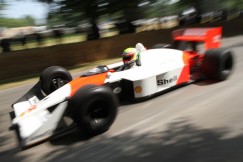 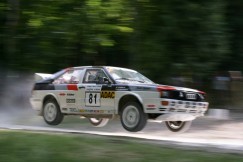