This is an event that we have always fancied and, this year, with glorious sunshine roasting us all, we finally attended. Flywheel, in association with someone or other, sponsored by thingy who do that stuff, is the perfect mix of retro cars, planes, bikes and cool stuff.

There was a Pistonheads Sunday Service, a row of interesting classics from the forum known elsewhere online as “Mumsnet for middle aged men”. The Ginetta G33 was our favourite from that line up although (ubiquitious MX-5s aside) almost everything in their corner of the site was worthy of a look. The site had other clubs, packed tightly making snaps of cars on their own almost impossible. I’ve never quite understood the appeal of such clubs, rows of TVRs all together, everyone talking about TVRs in TVR branded clobber, Jag owners the same, etc. for row after row. Shows, for us MotorPunks, have the most appeal when they unearth the fun, the freakish and the ‘what is that?!’ kind of car. Gordon Keebles, Alpina A610, and Suzuki Whizzkids, for example. Thanks to those owners for showing such typically MotorPunk exotica. 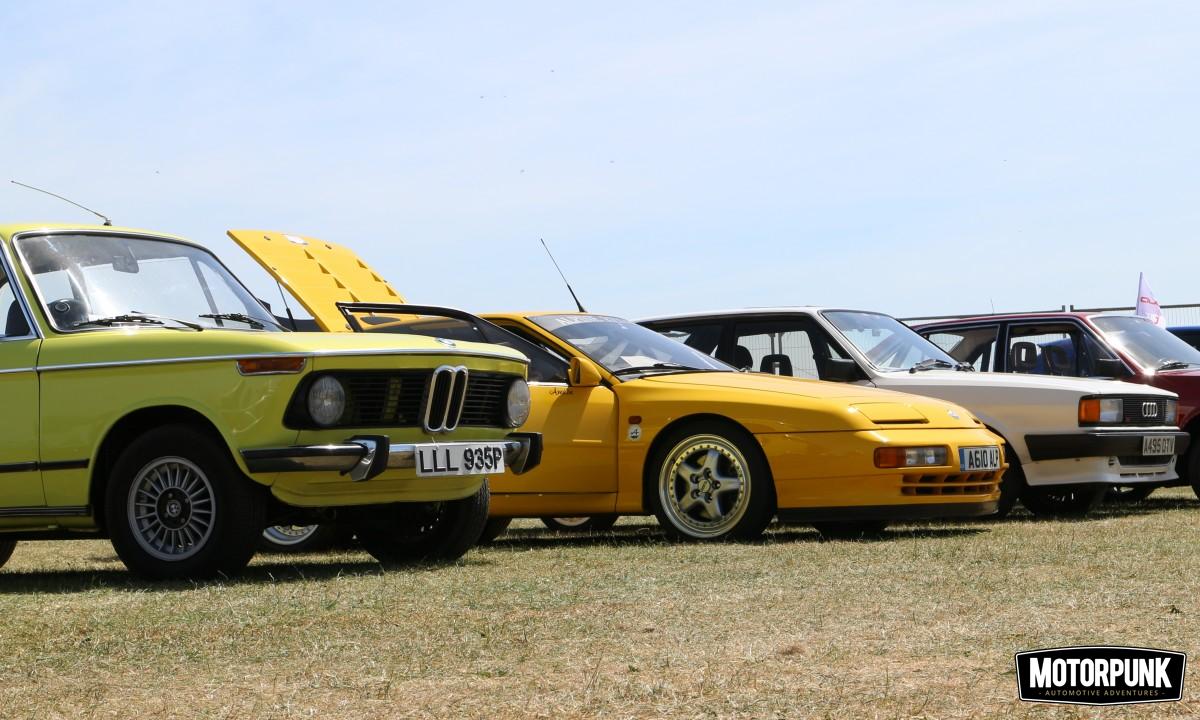 On the ‘track’ were fairly steady laps from Edwardian and other vintage classics, very interesting, but all a bit pedestrian. I believe they were demonstration runs. Considering that nearby Silverstone, for example, was built on a similar airfiels site with the perimiter track shaping the first circuit, could Bicester not invest in a few more hay bales and a hefty disclaimer and let these cars charge around at full pelt for our entertainment? Just a thought. The tank doing mad little laps of a field round the back looked like fun, we were willing the diver to smash through the hedges and charge over the horizon. 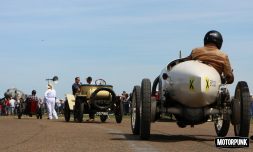 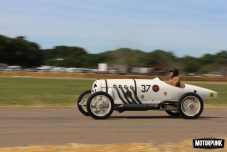 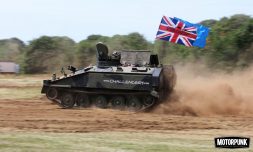 We had a nice chat with that Buzz thingy off the telly before he showed off a Fafnir Hall-Scott Special from 1914. I thanked him for his musical contribution to one of my favourite bands of the ’90s. List here if you haven’t already. Edd China was also there and Derek Bell, choking at the cost of a Goodwood estate gluten-free, hand-reared, artisan organic burger. No-one recognised me and there were no free biscuits in the media suite so I sulked for a bit. On the ground (and soon after, in the air) was a large group of Tiger Moths. The Fokker Triplane is a beautiful thing, and the Dakota looked as ruggedly airworthy now as when the design first took to the air in 1935. The Battle of Britain flight panicked a few German pensioners and did more passes than expected. Check the little lad helping his dad stick chocks under the yellow Tiger Moth, and the dummy Gunner in the German monoplane. Top marks! 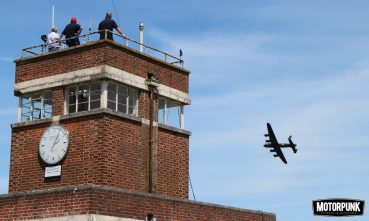 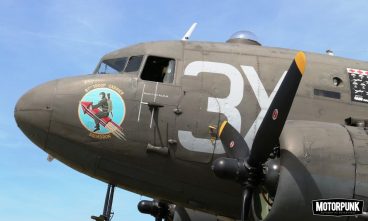 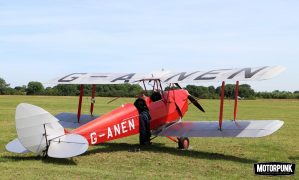 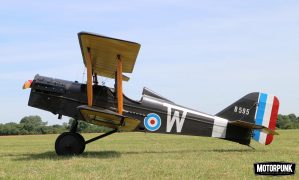 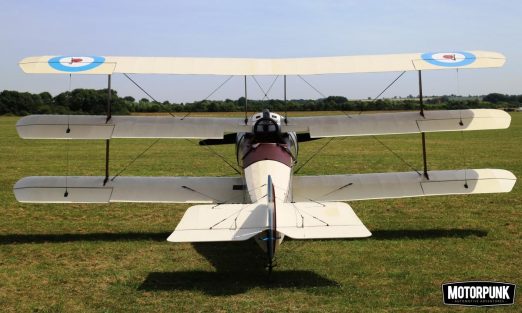 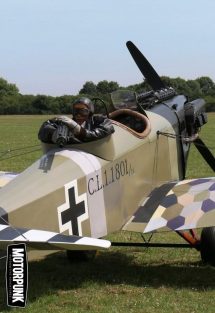 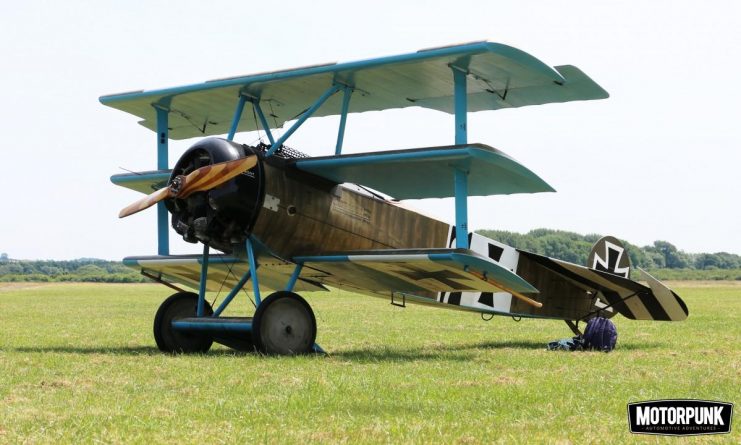 The real fun at Bicester is a result of the slightly eclectic layout of the site. There are workshops for restoration businesses and others with a retro bent, all tucked away, and well worth visiting. I spotted an astoundingly pretty Lancia Appia Coupe, for example, and some late air-cooled 911s sat on Cup 1 alloys, in beautiful old military buildings. The red E-Type looked like a winner on the day and who of us does not secretly perve over brown Allegros like this? 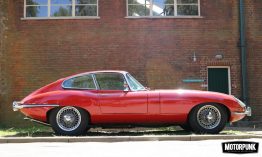 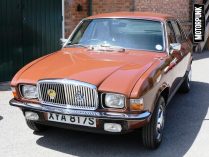 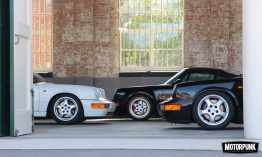 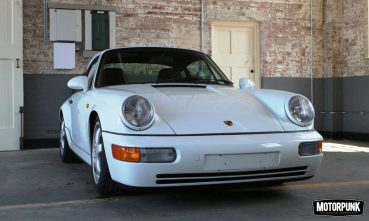 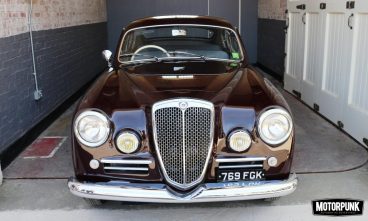 Some enthusiastic chap, who’s name escapes me, had just started a retro bike restoration business on site, and was a fellow fan of the Eroica Britannia that Dr O and I knackered ourselves out with very recently. Check the mark one Chopper, the one with the propensity for unexpected wheelies, yours for £900. Only to us ‘punks does nearly a grand on a bike that nearly emasculated so many of us seem like excellent value. 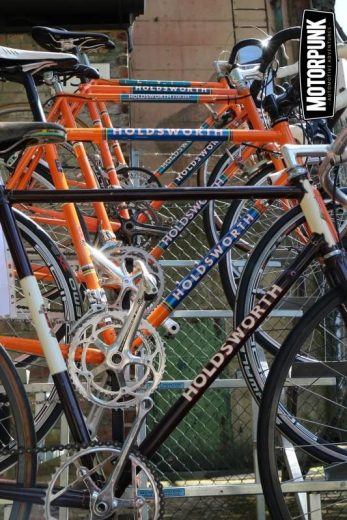 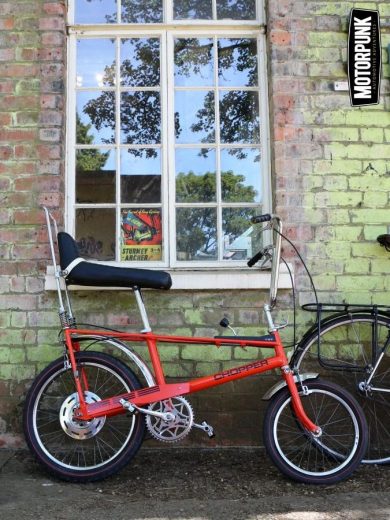 A few more happysnaps from before we finally wandered off to find some suncream, many hours after the damage had been done… 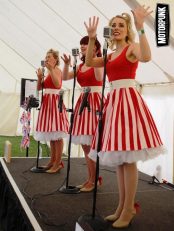 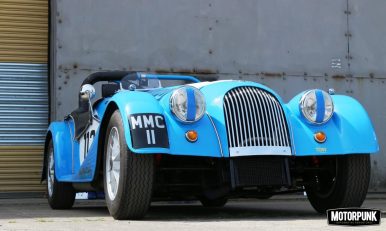 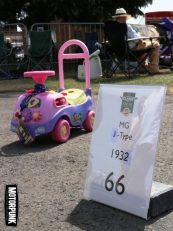 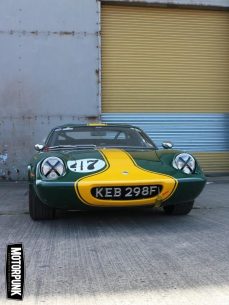 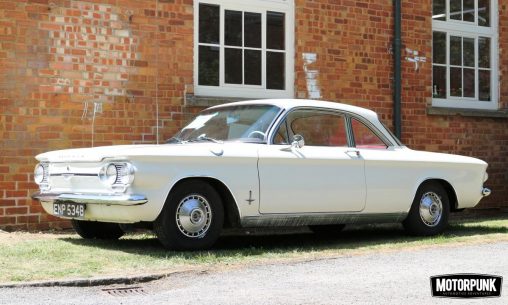 And, red raw from a roasting on an otherwise perfect day, we spotted this mysterious hoard – if anyone could shed any light on who owns what we’d like to know! 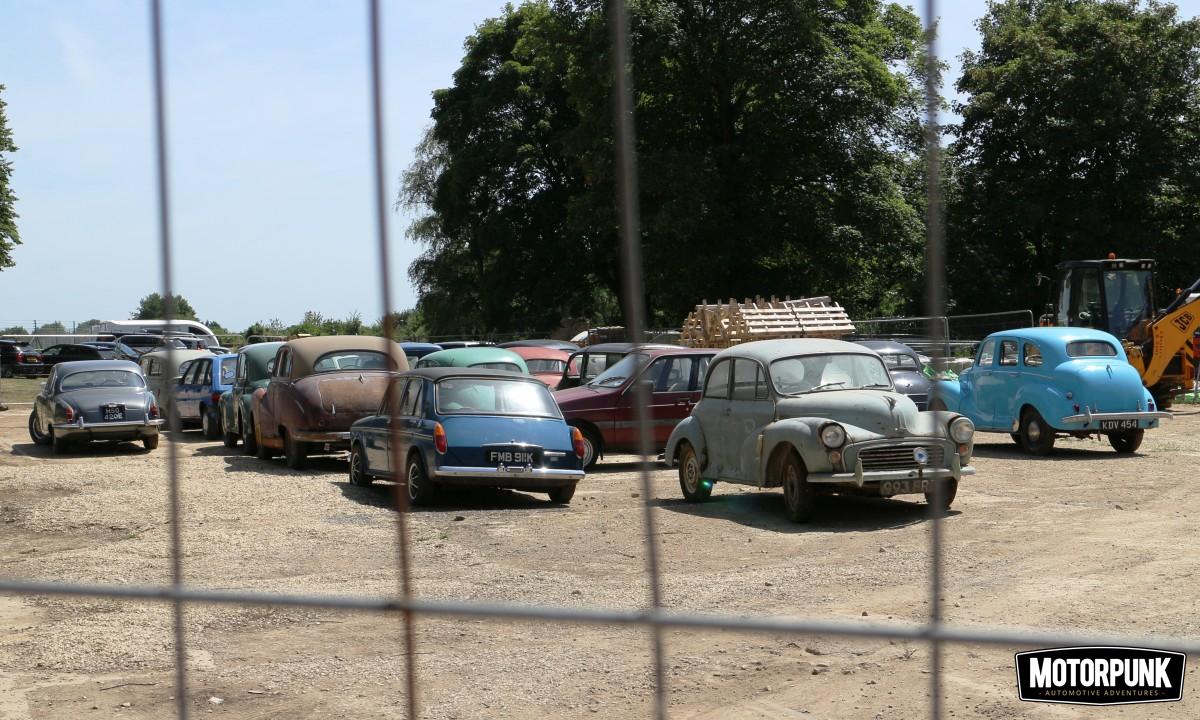