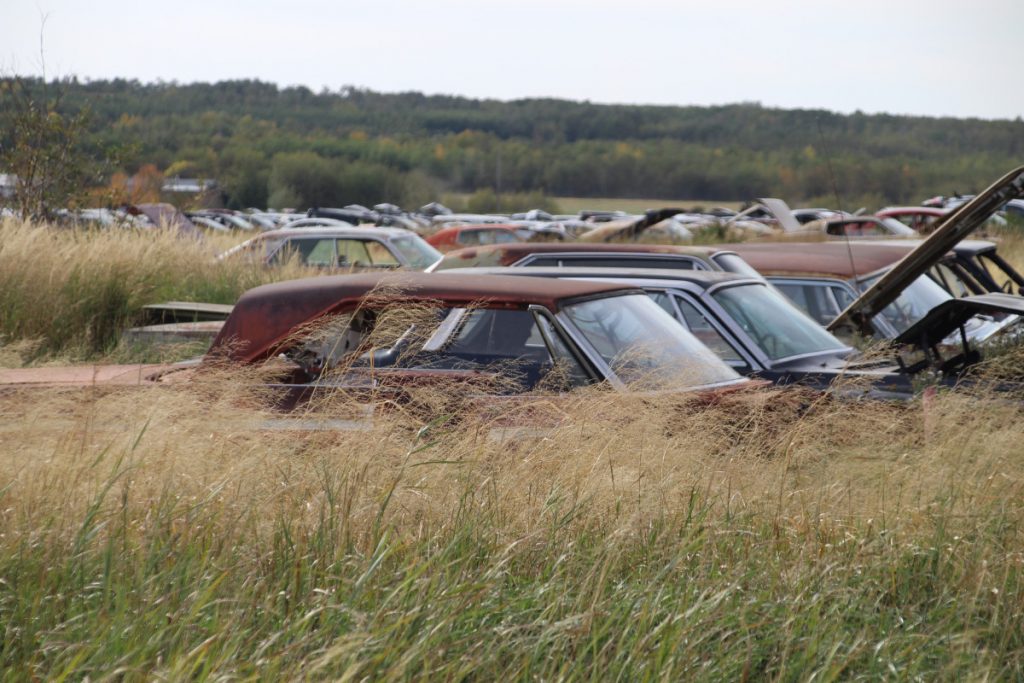 Aldon Automotive Salvage is in the prairie town of Lamont, east of Edmonton, Alberta.  The junk yard occupies one corner of town, stretching out across the grasslands for acre after lovely, rusty acre.

The modern stuff is picked over for parts before heading for the crusher, but if you walk past the lines of rotting Dodge Rams and mint, delivery mile Diesel Gate VWs,  you can find a preserved graveyard for classics. 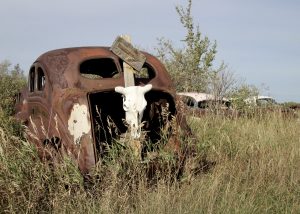 Delineated by age and make, ordered rows of old American iron gently decay through seasons of bone numbing winters and scorching summers. Walking between the rows allows you to traverse a sixty year timeline. 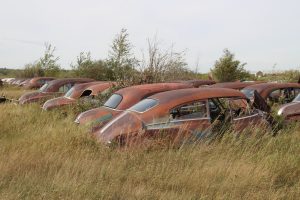 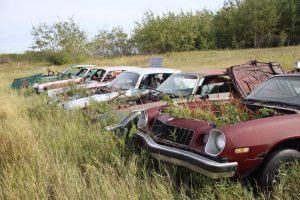 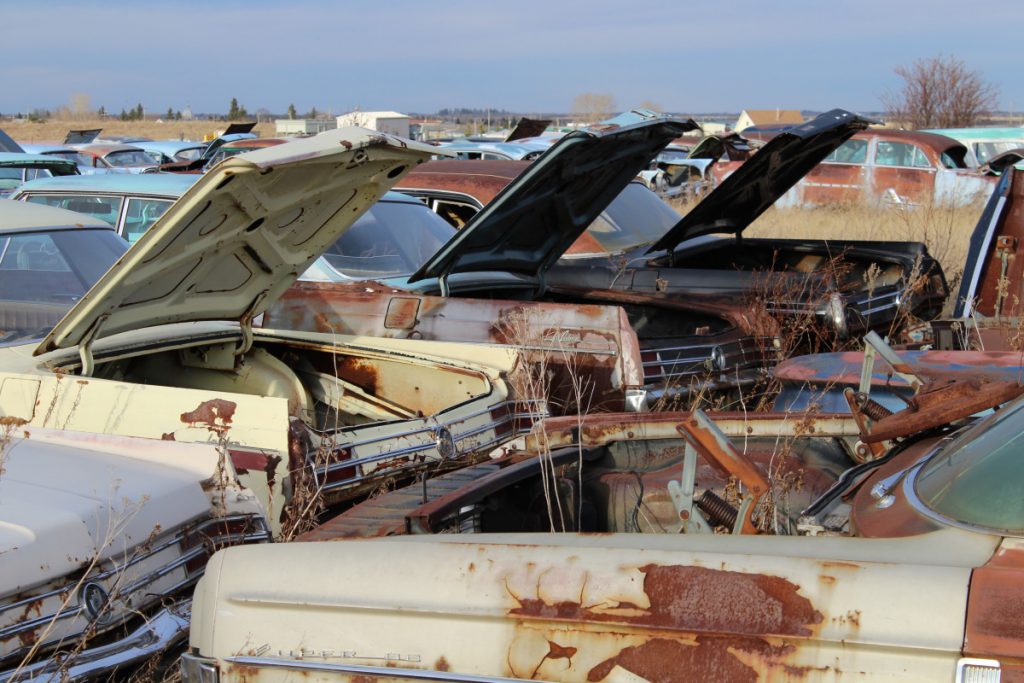 From the thirties to the fifties you can watch the cars grow in size, develop chrome and fins, then lose the roundness and the rocket jewellery to get sleek and sassy for the sixties, before slobbing out through the seventies, then shrinking and embracing plastic for the eighties. Its a history lesson and a design and engineering class with the bonus of a nature ramble thrown in – it’s not everyday you disturb a foraging elk amid a sea of rusting Fords…

One corner of the field is reserved for a mixture of restoration worthy projects of all eras. The choice is eclectic and international. A burgeoning collection of Japanese young timer classics mixes with American metal and a smattering of VWs and Brits. A twee fifties Austin parked up by an Oldsmobile 88 gives credence as to why grandad called American cars, Yank tanks.You can also find fire engines and vintage tractors, and the obtuse wonder of a fifties Cadillac converted into a camper. 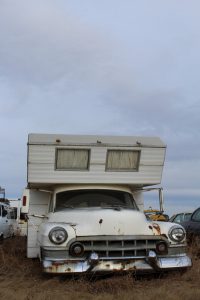 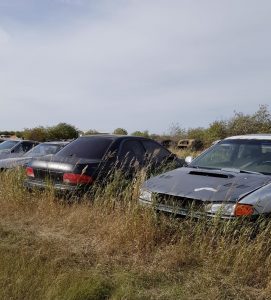 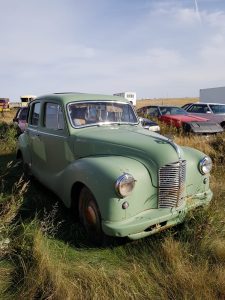 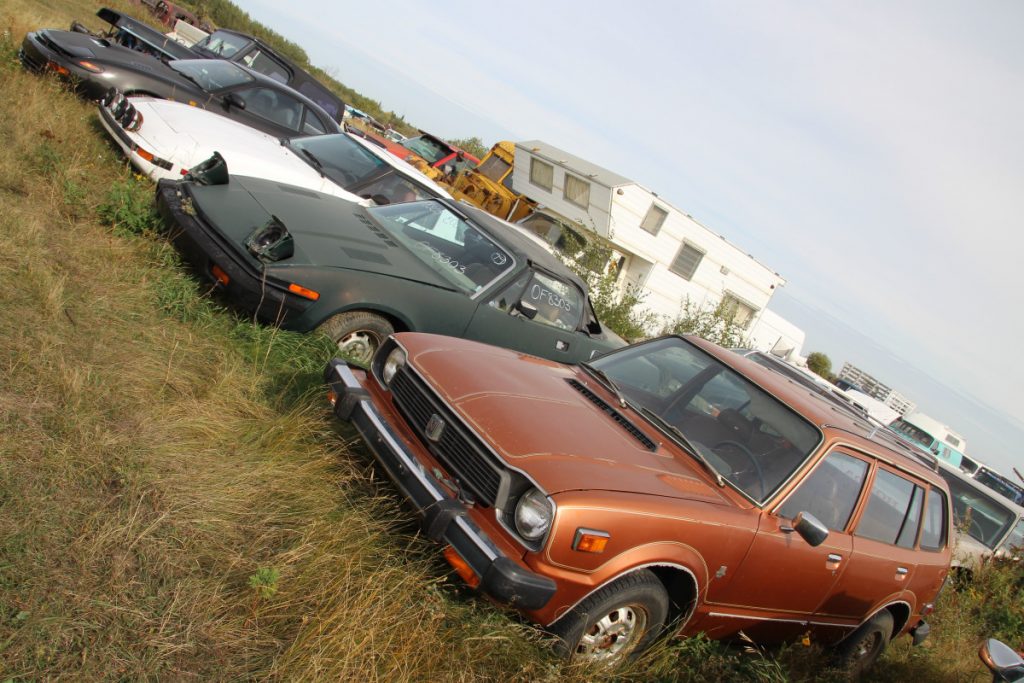 The yard is run by Terry Carter, a genuine petrolhead with a passion for classics and an impish sense of humour. Outside the entrance to the yard is his “Lincoln Memorial” featuring a pair of upended stretch limos rising out of a sunken circle of their brethren. 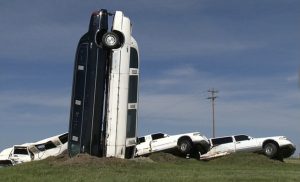 Terry kindly gave me a tour of the family collection, tucked away in hangars on the site.True salvagers, they preserve pieces of local history from hay wagons to vintage skidoos, and of course, some quality classics, including a 68 Camaro SS, a “Rain Man” Buick convertible ( the film car was a ’49 his one is a ’47 )  and one of Terry’s favourites, a mellow, low mileage, unrestored Rover P6.  “It’s just such a sweet car to drive” he told me. In complete contrast to the wholesome Rover was the  four wheel drive monster lurking at the back of his shed. It plays the role of joker in the classic pack. 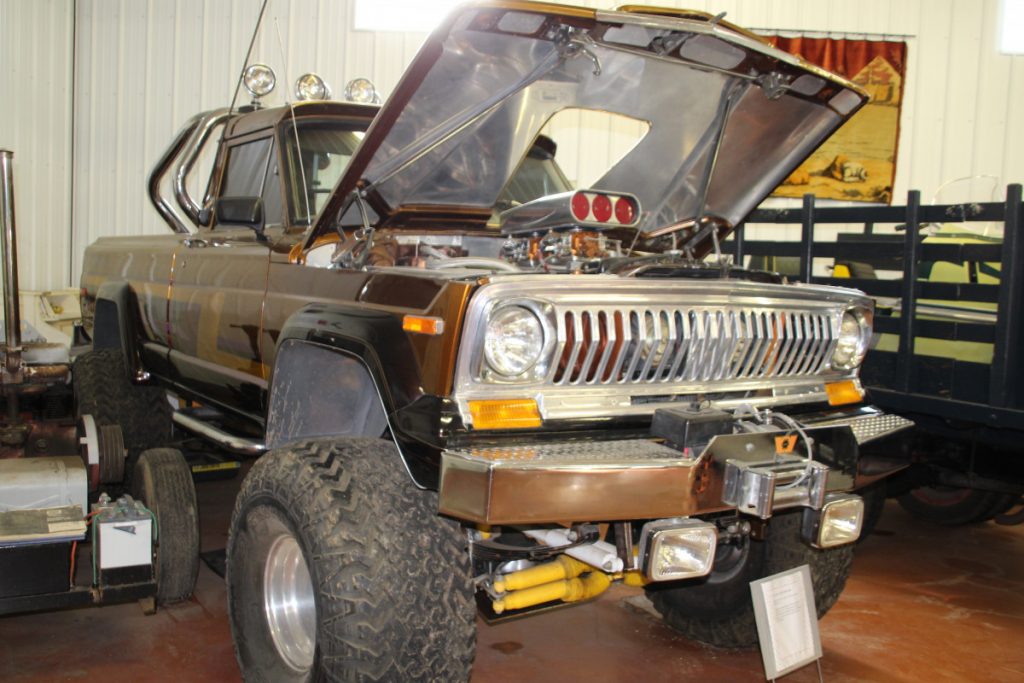 Imagine, if you can, Liberace and Rambo having a road traffic collision and rebuilding a single car out of their wrecked vehicles. Once a utilitarian Jeep Gladiator, legend says a purveyor of less than legal pharmaceuticals commissioned a tear down and rebuild of everything, at eye watering cost, and some might say, dubious taste.  From the shimmering two tone metal flake paint, chrome laden engine bay, roll cage, spotlights Lift kit, sound system, and especially the custom embroidered velour upholstery, the  humble Jeep, running a 500HP , 401 V8, with a 671 blower, was reborn  as a mammoth, joyous, golden excrete of eighties excess. Terry summed it up best. ‘Sometimes a thing can be so bad, it’s actually cool.’  I like how one man’s expensive toy became a junk man’s ironic treasure. 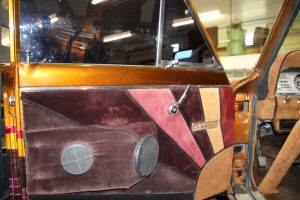 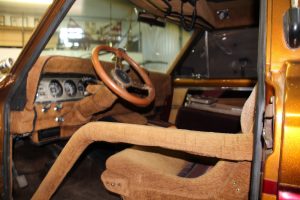 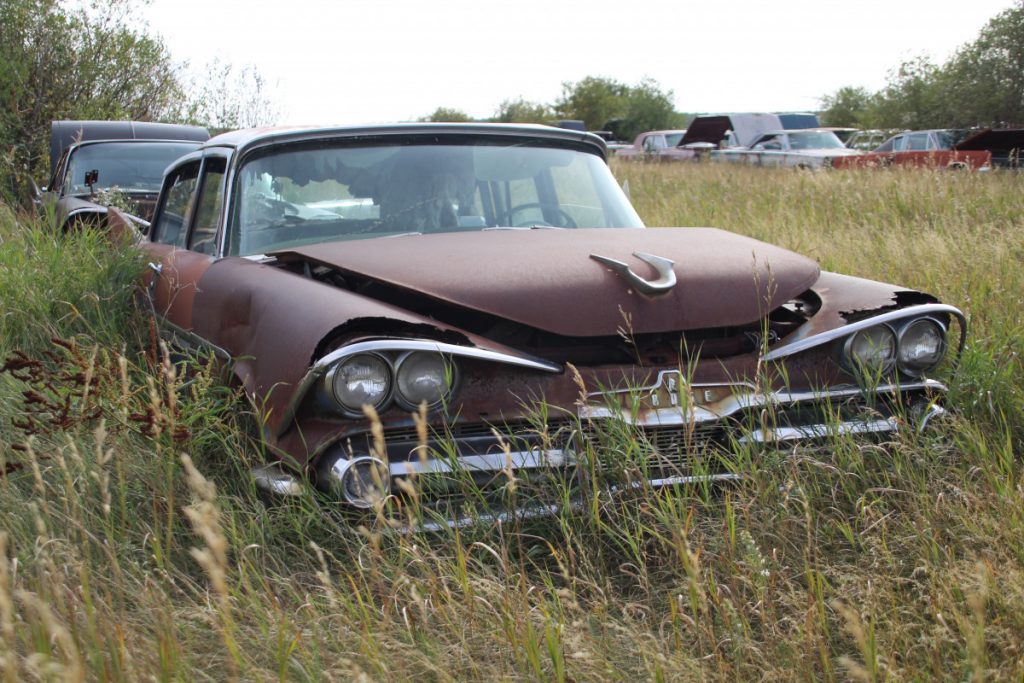 There’s something cathartic about being in this peaceful place photographing these machines, their bodies slowly returning to the earth from whence they were wrought. You can see how time and the elements grind them down from paint to patina to oxidised browns and ochres. The sunlight still catches and sparkles on the chrome hinting  at  former glory like the twinkle in an old mans eyes. As the electric revolution approaches places like this become especially poignant, like waving farewell to an old friend we know we most likely won’t see again.