There’s a Croatian proverb that says Med ima u ustima, a cemer u srcu, meaning ‘beware the wolf in sheep’s clothing’. Continental youths of yesteryear took great pleasure in fitting their Fiat 500 and 600s with rally-look bits to give the performance look. Rather like we Brits did with Minis. Spotlights and stripes, though, are more move ovine than canine. Back then, owners wanting real poke for their Fiats might have saved for an Abarth manifold or exhaust. Abarthizzara fast became a byword for something pared down and pepped up. Buoyed by this aftermarket business Abarth eventually began to build their own hot versions of Fiat’s production cars, and when demand outstripped capacity in the Abarth factory they started to sell complete kits for home completion instead. Today a genuine Abarth 850 might cost £35,000 – if you can find one. I’ve seen replicas for £25,000 which, as much as I love these machines, is surely way beyond most folk’s budget. What Croatian Damir Vidaković lacked in funds he makes up for with skill and when he decided he wanted an Abarth with both looks and performance he created the perfect gem you see here – starting with a most unusual donor car. The pleasure those early Fiat owners got in extracting more performance from their cars must be nothing compared to the joy Damir gets when screaming around in this, because he started not with a Fiat 600, but with it’s iron-curtain cousin; A Serbian built 1977 Zastava 750 Lux. 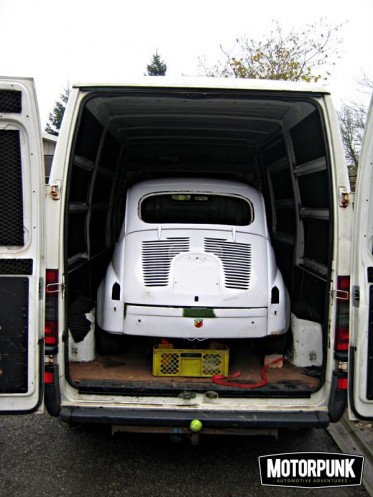 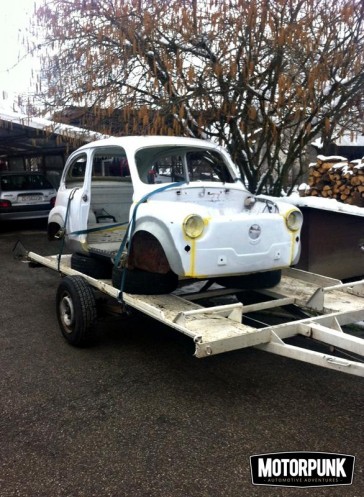 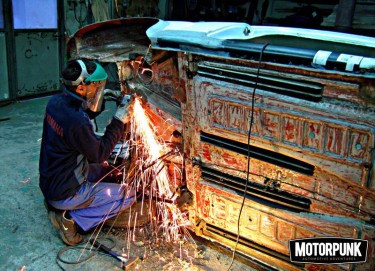 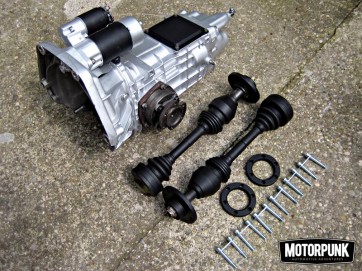 So what is it? Launched in 1955 the Fiat 600 is the slightly bigger brother of the more-common classic Fiat 500, it weighs just 585Kg and is 3.2 metres long, and instead of an air cooled 2 cylinder engine, it has a water cooled 4. Top speed is around 60MPH. They are simple things. Suspension is via a large transverse leaf spring and until the mid-Sixties they came with suicide doors. Fiat churned out a million of these in the first six years of production thanks to their affordability and relatively robust design, five million were made in total. Factories were opened in Spain, Germany, Colombia, Australia and Yugoslavia (where Damir’s car started life). With fun handling but underwhelming power it’s no surprise that Abarth exploited the potential. They chopped off bodywork and created a range of beautiful little sportscars based on the 600, such as the 210A, 700 and 750. These, though, bear no physical resemblance to the original 600, unlike the 850 which was launched in late 1960 and because immediately popular in motorsport. In 1961, an Abarth 850 claimed class victory in a 500km race at the Nürburgring and Abarth celebrated by building a small number of road-going versions called the 850 TC Nürburgring with blistered arches, a distinctive nose-mounted cooling system and 55bhp’s worth of thrap at 6500RPM. These, today, are the cars to have – even if it means having to build one from bits of Zastava. 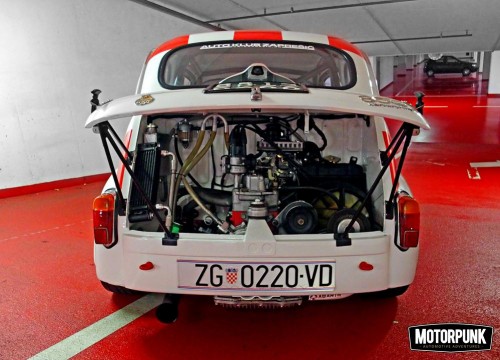 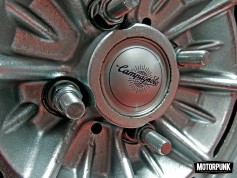 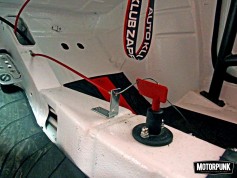 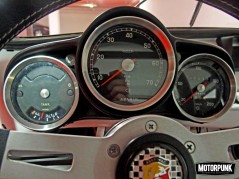 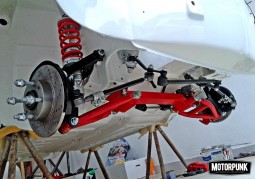 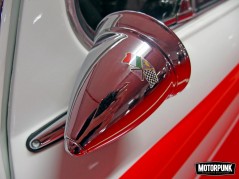 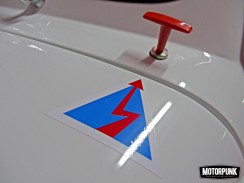 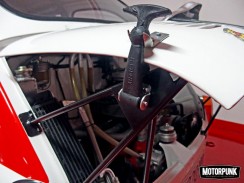 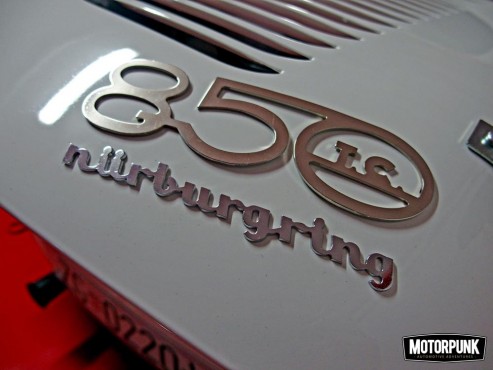 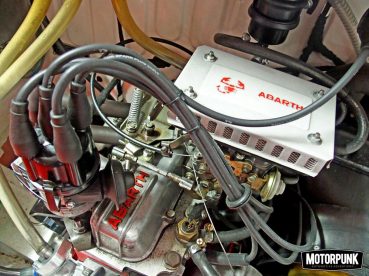 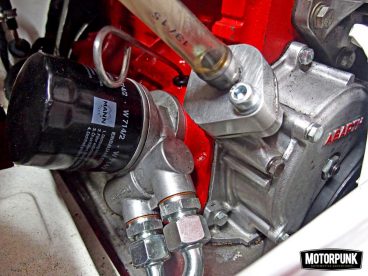 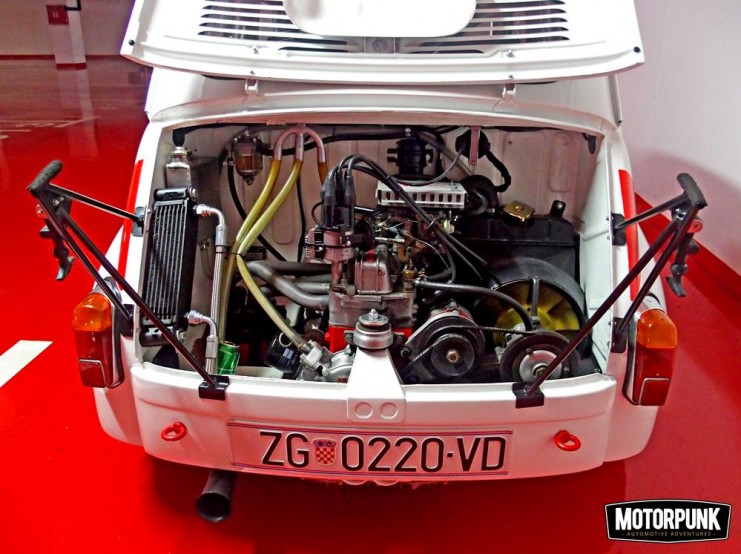 From 1955 to 1985, Zastava in Yugoslavia built nearly 1 million 750s. Based on the Fiat 600 it became the mainstay of mass motoring in Yugoslavia. Today you can still see them potting about on b-roads and so when Damir wanted a cheap donor car for his Abarth 850 a Zastava wasn’t quite such a crazy idea. Collecting a solid shell in a van (they’re just 1.4m wide, these things), Damir stripped it back to the metal and had it resprayed. Then, the mechanicals. A 965cc Autobianchi A112 engine was fitted, twin Webers added (original cars had a single Solex carb), with a balanced Abarth camshaft and 4-2-1 manifold. The engine cover gets a set of stays to hold it open – it’s purpose is primarily an aid to aerodynamics as opposed to cooling. The brakes (originally drums at the back and little discs at the front) came from a Fiat Uno Turbo. Seats are from a Simca, gauges from a Porsche 914 and the rollcage from Italian company, Sassa. The primitive suspension was replaced with Koni coilovers and a modern multi-link setup. Rings were machined from aluminium to surround the clocks, the correct Campagnolo logos bought from Italy, and period ‘850TC Nürburgring’ badging added. Switchgear is labelled in Italian and the wipers are interlinked, just like the original. Even the rubber catches have the Abarth logo on them. It’s this level of detail I admire in this build, not only the performance enhancements, but the classy little touches. That said, you could probably sit a donkey on a set of those 13” Campagnolo wheels and it would look good. 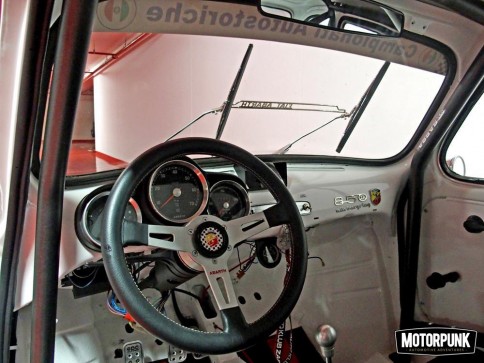 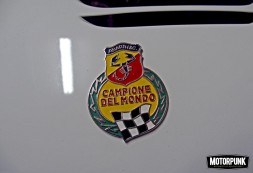 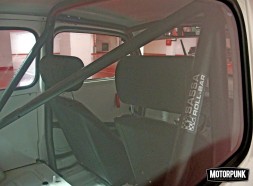 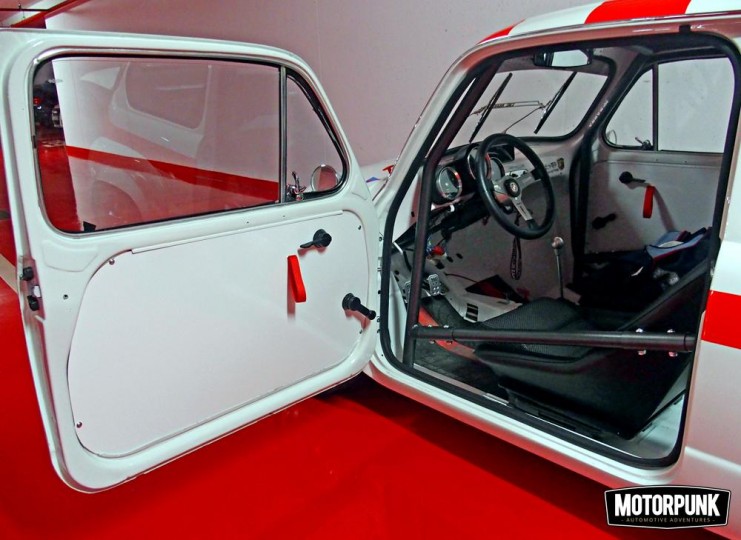 How does it drive? The car now has 70BHP (up 15 from the original Abarth 850’s 55BHP) and with no carpets it’s noisy but nice. It’s a free-revving, raspy engine and relatively unstressed thanks to the low kerb weight and sensible gearing, although there’s no synchromesh in first. On completion Damir took it on a 450km roadtrip up to Zagreb and back with no problems. We’d love to see it on track… 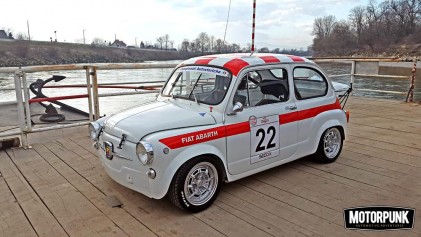 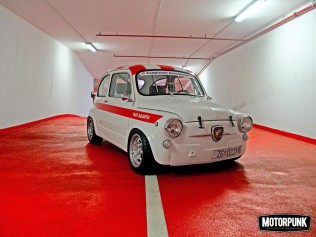 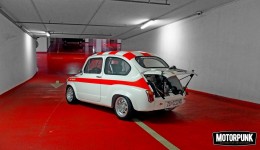 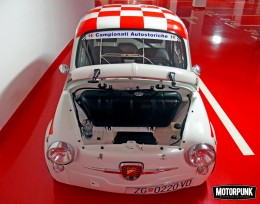 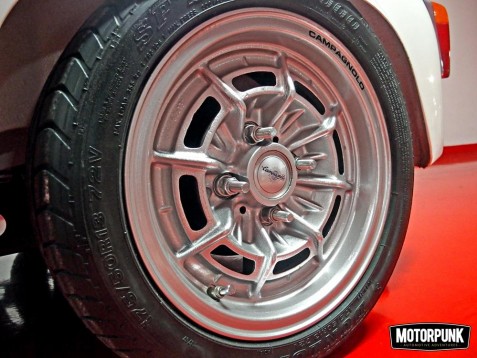 The A112 engine doesn’t really need the distinctive nose-mounted cooling system, but Damir has one anyway, plus the distinctive moulding it sits in, which may go on later. Personally I think it might spoil the clean lines of the car as it stands today. I reckon Damir has the skills to engineer a pair of suicide doors like the earlier models, but I’m not sure how picky Croatian MOT testers are about that sort of thing. There’s very little else that can be done to complete this brilliant little machine other than enjoy it, and feel smug at having got infinitely more pleasure from a Zastava than anyone would possibly have ever imagined. Classic car beards would struggle to tell this from the real thing, but this car was built to be enjoyed on the open road, not fussed over in an auction house by pedants. Anyone picking fault should be reminded of a Croatian proverb Brada kaza jarca ne pako mudroznanca – ‘If beards were brains, the goat might preach’. 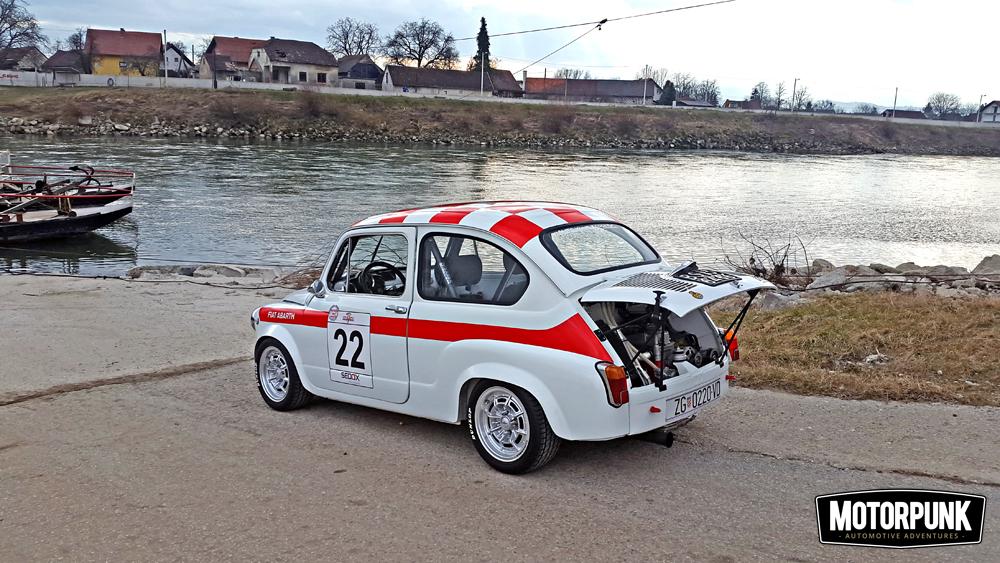