We love a bit of clever engineering. Zenos have a clever business model, too. They started with a price point of £25k, the figure they reckoned people would pay for a light, robust and quick little sports car. Then they engineered the product to hit that price point. That doesn’t mean corners cut kit-car style, it means they applied some innovative manufacturing techniques and created a fantastic, factory-built sport car from the ground up. We MotorPunks went to Norfolk to take a look. 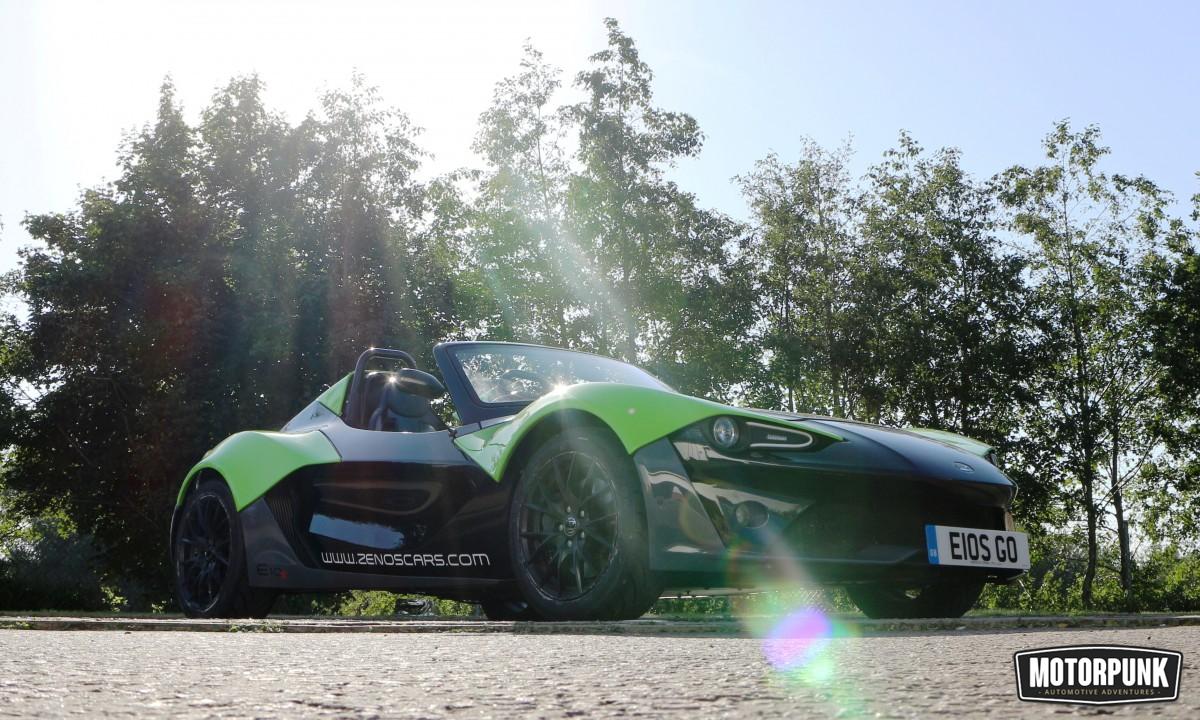 Owner Mark (ex Lotus) and Ansar (Caterham) have a new factory in Wymondham. I’m trying to avoid using the L and C words here. Print mags were falling over themselves to do back-to-back roadtests with Zenos’s obvious rivals but, really, what’s the point? No-one will buy a car solely on the strength of a Journo’s say so, and every driver’s tastes and preferences differ. It’s our job to tell you what’s different – what makes it interesting, and if you like the look of it you’ll perhaps go and drive one yourself. Let’s look at the design; 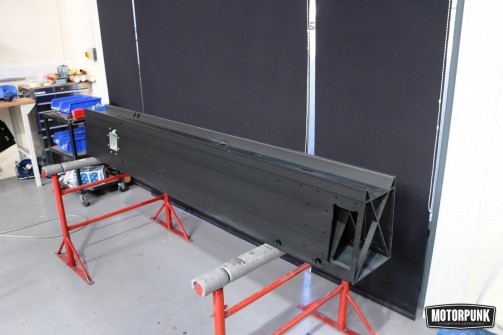 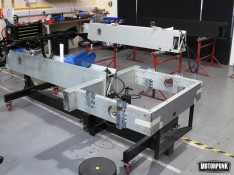 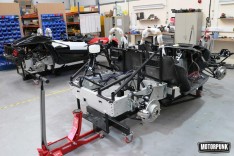 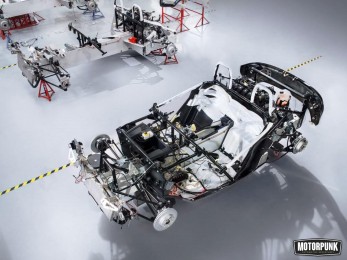 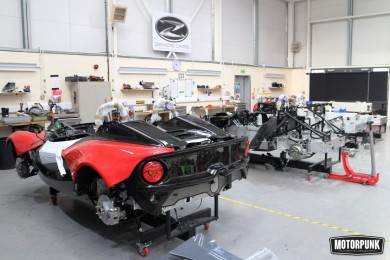 It starts with a huge aluminium spine on which the rest of the car hangs. I think this spine is the single biggest aluminium extrusion used in the automotive industry. Then there’s a box section to house the engine and ‘box behind the driver, and a really clever tub. This tub is made from sections of a sandwich of carbon fibre and GRP. These small pieces that make up the tub are cheap to manufacture and easy to replace. If you have a prang, you won’t need a whole new tub. One of the first cars had a big shunt at Donington yet the repair bill was just £1800. Zenos use recycled bits of carbon fibre, it has 80% of the strength of ‘virgin’ carbon fibre but only c.20% of the cost. The picture below shows a piece of this carbon fibre sandwich being formed and a cross section of part of the tub. It feels strange, sort of brittle and course, but is inflexible and incredibly light. I could have goosed the E10’s bits for ages but was getting some funny looks. 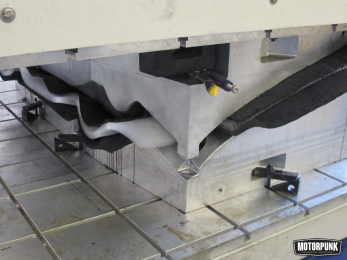 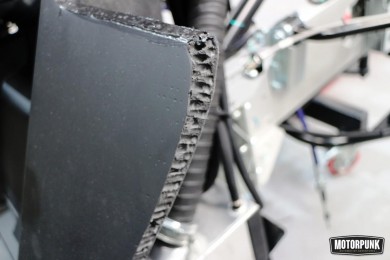 The coloured panels you see are plastic and considered sacrificial, cheap to fix if you have a prang. The ally spine and tub design remind me of the L-word Elan, one of my all-time favourite cars. The -os in Zenos means spine, in Latin. The windscreen is bespoke, the trim inside is plain and weatherproof but not inhospitable. There’s a shrouded digital display but you’ll be too busy looking where you’re going. 0-60 in 5 seconds for the E10 is pretty handy, and it handles as beautifully as you’d expect considering the team’s credentials. See, I’m not mentioning L and C. The E10 is the world’s cheapest carbon-fibre sportscar, thanks to this clever design. 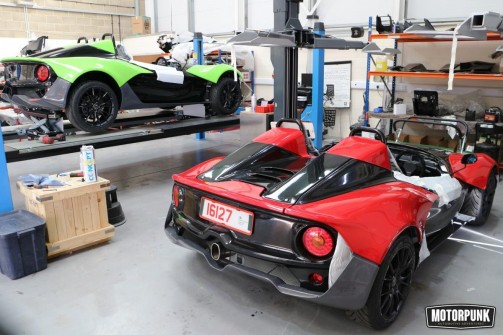 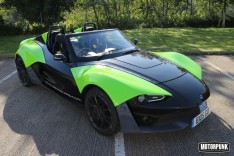 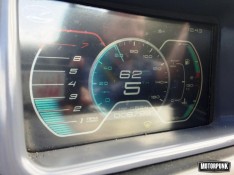 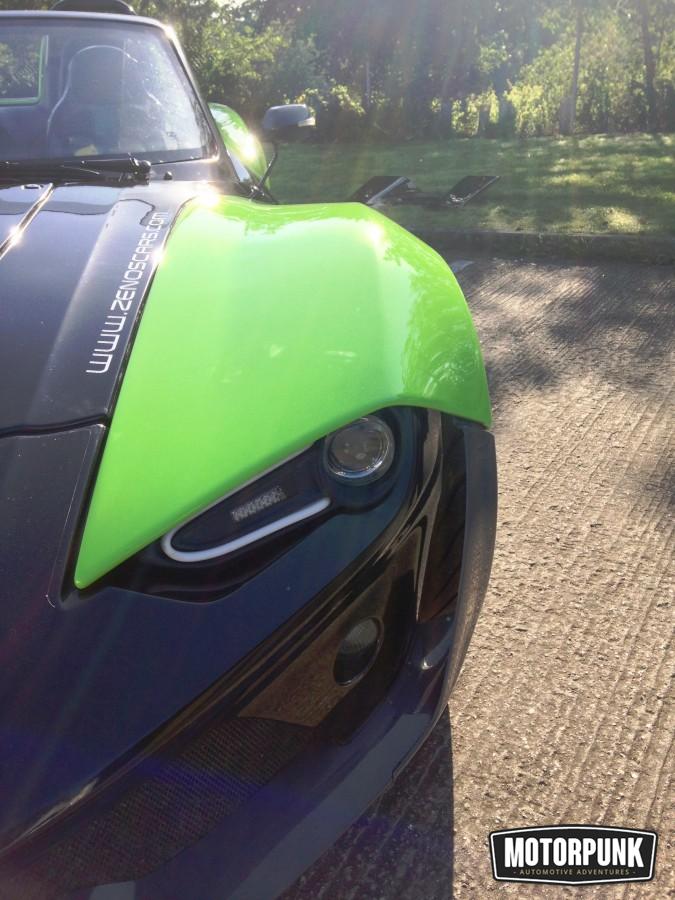 For £25k you get a 200BHP naturally aspirated 2 litre Ford engine in the E10, the E10S is supercharged and costs £5k more. You can peruse the specifications on the Zenos website here.  I particularly like the warranty option that includes track use. They’re confident of their car’s abilities and the order book is deservedly full, cars are going to the States and elsewhere as people discover what makes Zenos so special. It’s a road car that’s good on track, not some hardcore track-only machine that requires more compromises than the ordinary driver would stand. The E10 comes with a shower cap and no doors, but the E11 and E12 are currently on the drawing board and promise more practicality. The ‘E’ in the model name comes from Edwards, founder Mark’s surname, and this model is his tenth design. Previous E’s include the L-word Exige. This chap really knows his way around a spanner and couldn’t have been more hospitable, even when we returned from a trip to the Norfolk broads with the car quite shat up. We had been having b-road fun. 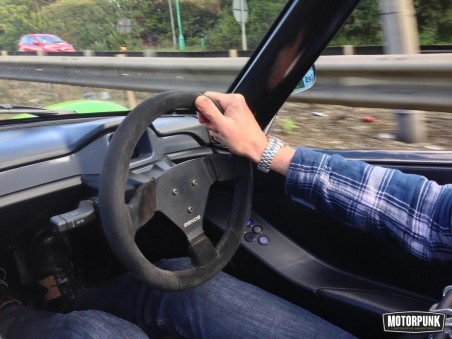 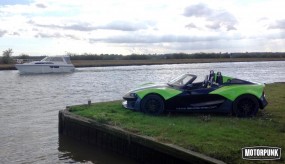 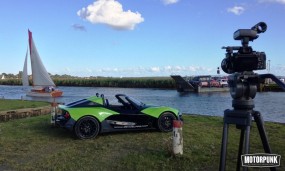 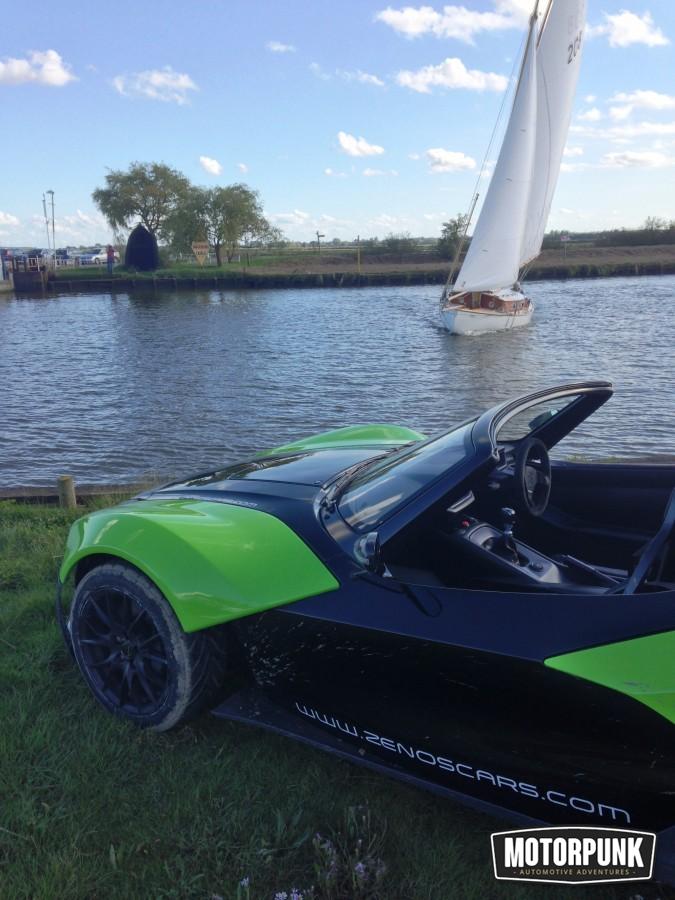 You can (and should) form your own opinions on how it drives. We think MotorPunks will love it. It is rorty, precise, and utterly chuckable. It was great to see that all the work, from that innovative design, through to final production, result in a car that drives so well. It offers the rare feeling that you’re sat in something brilliant. Very clever work, Zenos. 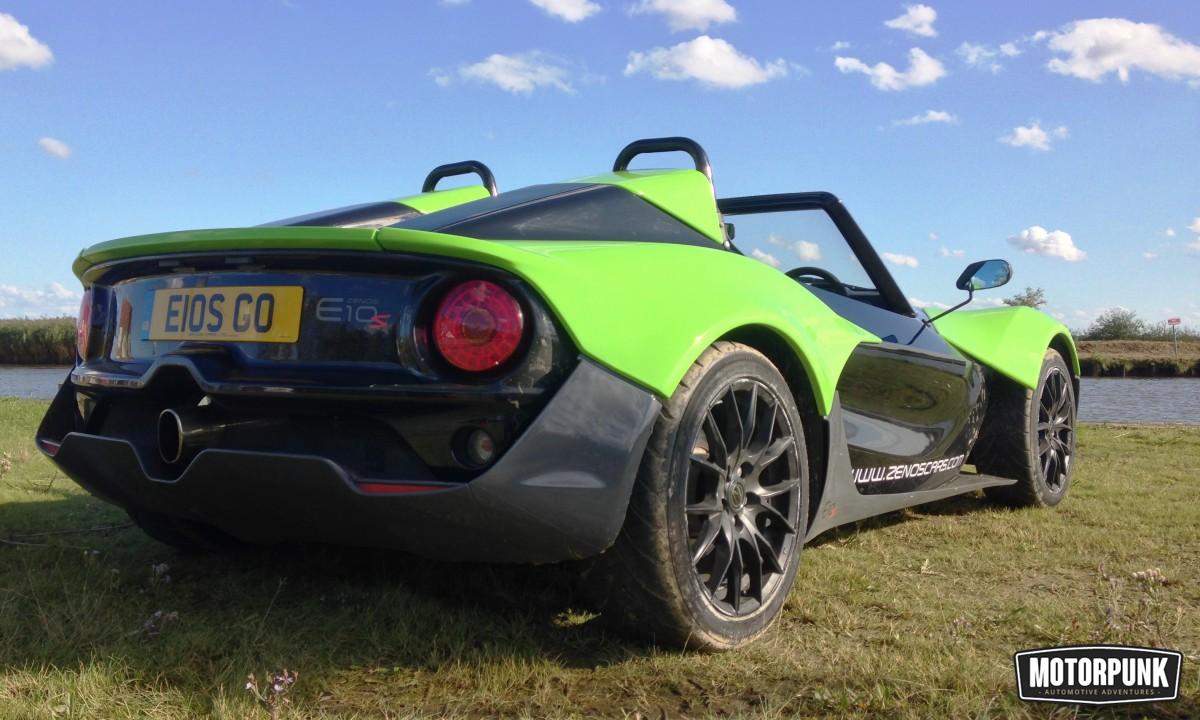 More info on the Zenos cars website; A little film about our time in an E10 will be on YouTube soon.

Pictures by Rich Duisberg who got overexcited by sunflares and Zenos press dept.