Perhaps the title is misleading. I apologise. I had committed no offence other than to be clearly foreign and driving a vaguely new car through this flea-bitten backwater in the foothills of the Atlas Mountains, in Morocco. The bribe was not offered, it was demanded, and as Officer X waved me down, hand on holster, I knew what was coming. He was clearly very nervous. “Very bad driving! Give me your papers!“. I obliged. “Follow me“. My friends, instead of jumping out to protest my innocence, knew better, and sat in the car to get the photo shown here. I suspect they wanted me to go to jail, for a laugh, because that’s how my friends are. 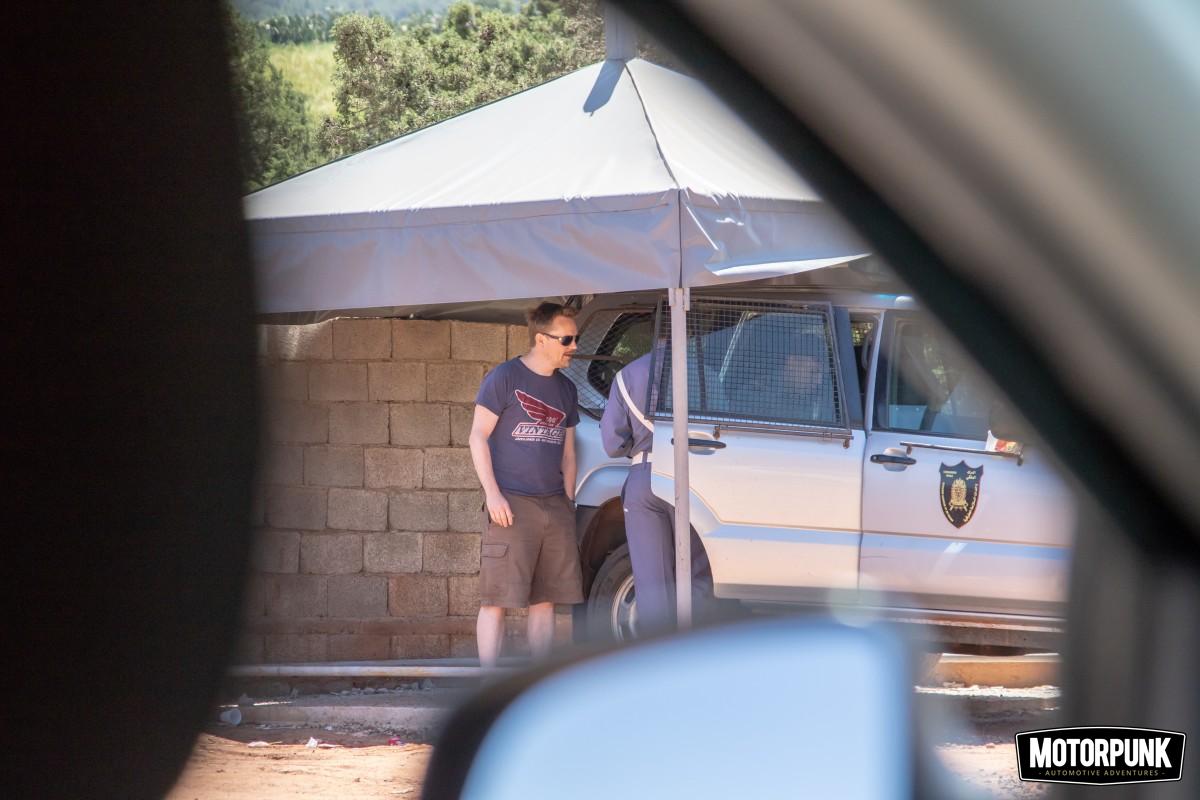 “Crossing white line” he said, waving at the potholed scab of tarmac that scarcely covered the rocky hillside beneath. “Very bad! 200 Dirhams!” That’s about £40. There were no white lines. I wasn’t going to argue. “Oh, do come on” I said, with a veneer of confidence, but holding my wallet tight. “That is a lot!” He had my passport and I could not bugger off without it. He could have kept my driving licence, DVLA would issue a replacement for peanuts. “Very bad” He repeated, unconvincingly, still avoiding eye contact. “Do you take Euros?” I asked. I knew that this was overtly taking the conversation from traffic offence to backhander. They were only supposed to accept Dirhams, not Euros. “€40!” he said. “That’s more than usual” I countered, banking on sounding like I do this all the time. I don’t, by the way. “Officer X“, I continued in French, Morocco’s second language, “je veux un reçu“. I want a receipt. That makes it official and it can’t go in his pocket. “OK, €20, no paper, we have an understanding“. He snatched the offered note from my hand and gave me my passport back. As I walked back to the car, I heard “Welcome to Morocco! Drive safe!“.

We did about 150kph on the next downhill section. If I was paying for a traffic offence I was jolly well going to get value for money from one. 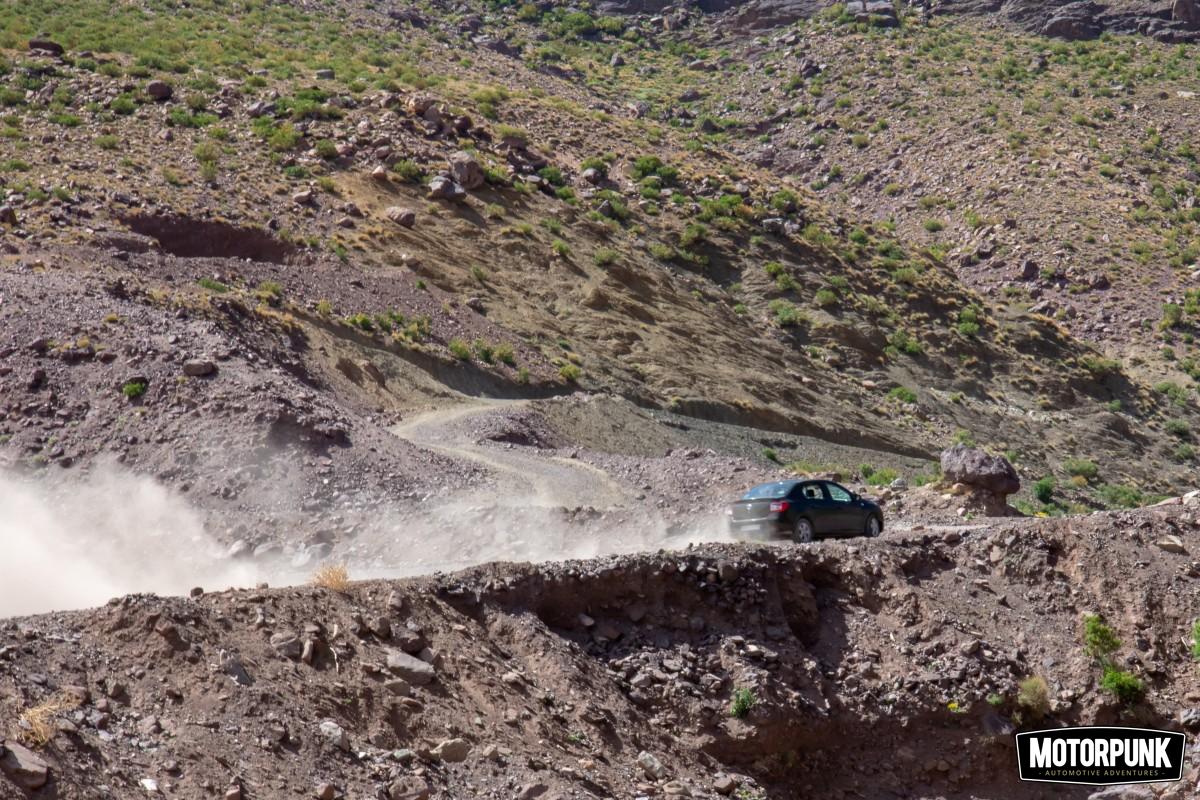 More from this roadtrip in issue one of MotorPunk magazine, available direct from the publisher, here.