It seems strange now, as they churn out everything from diesel saloons to SUVs, but Porsche’s business was, at times in it’s history, in a rather precarious state. We all know and love the air cooled 911 but it owes it’s survival to a few water-cooled models. These cars were, back then, perhaps the ugly sisters to the 911, built to help keep Porsche in the black – but today they’re valuable classics in their own right. We were fortunate enough to assemble a throng of like minded Porsche owners at Donington recently to shoot a little documentary about this for our friends at XCAR, featuring the brilliant 924, 944, 968 and 928 models. Here’s what happened; 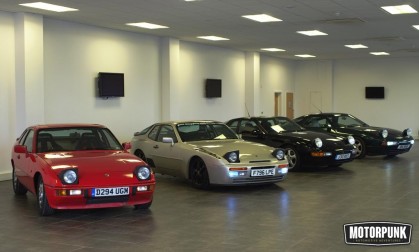 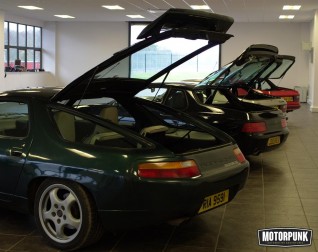 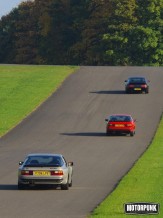 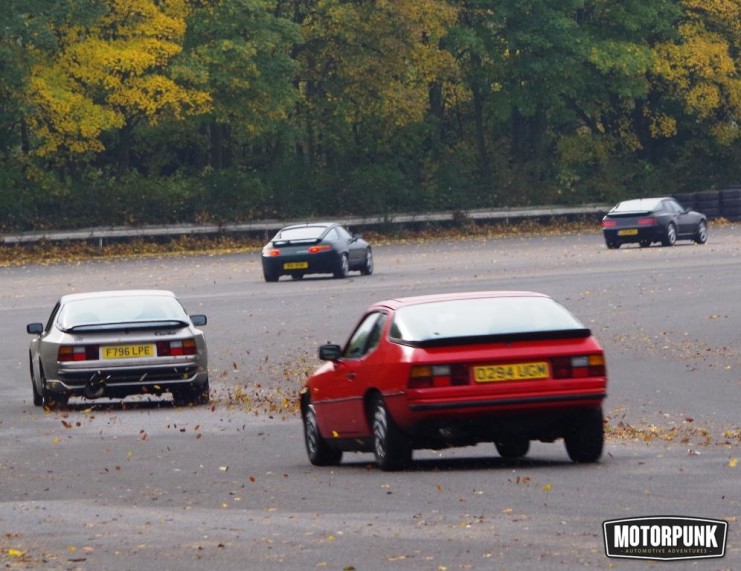 Matt writes for GT Porsche magazine and in addition to the 911 SC and Boxster at home he also runs a slightly tatty but much loved 924S, which was the Opa of the Stuttgart family assembled here. On shoots like this you need a chap who can drive as instructed and having been repeatedly (and effortlessly) overtaken by him over the years at various venues in this same red 924S he got the lion’s share of the action shots. Driving through a pile of leaves doesn’t sound difficult but when the pile is over a blind crest, it’s wet, and they’re stacked against a tyre wall with a cameraman cowering at point-blank range then it becomes a bit more of a challenge. I took the rubbish pic to show how close he got at speed. 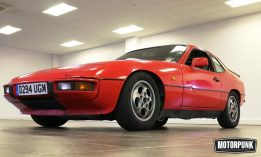 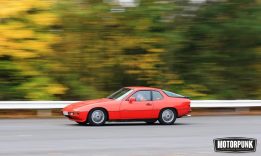 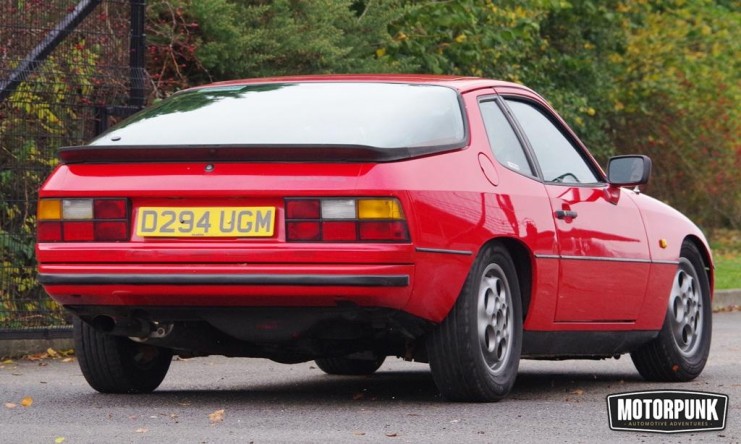 You might pick up a useable 924 2 litre for about £1500. That’s the one with the Audi engine but any dullard who says ‘van engine’ can be informed that the heads are Porsche, as is the rest of the car, before being kicked in the goolies. An S (like this one) has the same engine as the 944 but is actually marginally quicker than it’s sibling thanks to a slipperier shape and lower weight. I think you’ll need at least £2500 to get one, these cars are chronically undervalued. I’ll happily confess I enjoyed driving this car more than any other here. Matt has the setup just right. More info on the 924 here. 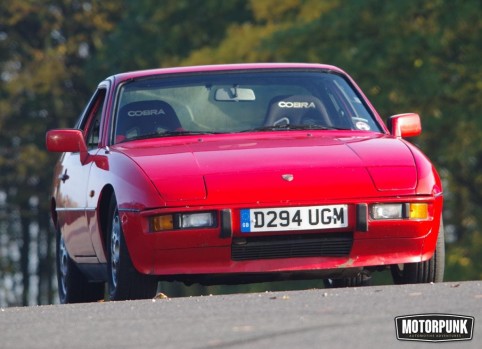 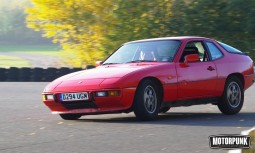 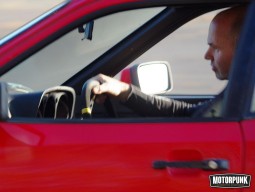 David Chapman and his 944 Turbo S

There are many modifications to David’s car but you tend to overlook them when you realise, as some wag pointed out online, the retro sticker on the wing says twbo. This model is pretty much the pinnacle of the 944 family and as it was slung around Donington you could appreciate it has had some money spent on it. David shouting worriedly out of the window “I think it’s lost boost” followed by a neck-snapping drive-by and “it’s got boost!” Dr O loved driving this car, binning his script and eloquently summing up the driving experience as “Aaaaargh! Whiplash!” 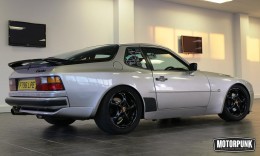 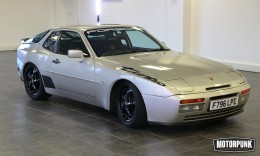 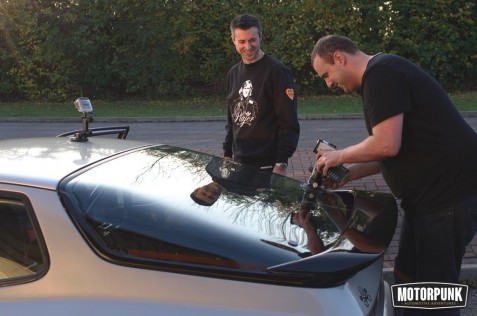 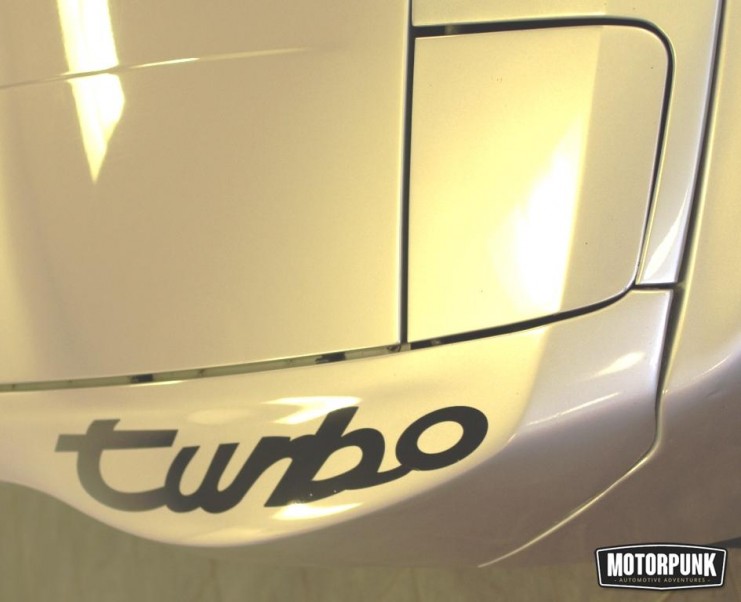 You’ll find a standard, early 944 for a grand but so many are rotters now, despite the galvanised bodywork. We estimate that £3000 gets you a useable model but it’s easy to spend £15000 or more. We’d avoid the autos and cabriolets because we’re not lazy, or good looking enough. Take a look here for buying advice on a 944. 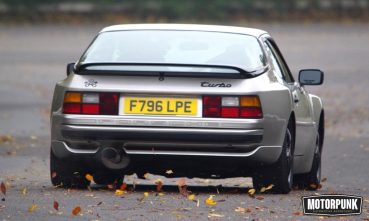 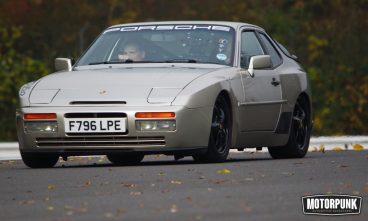 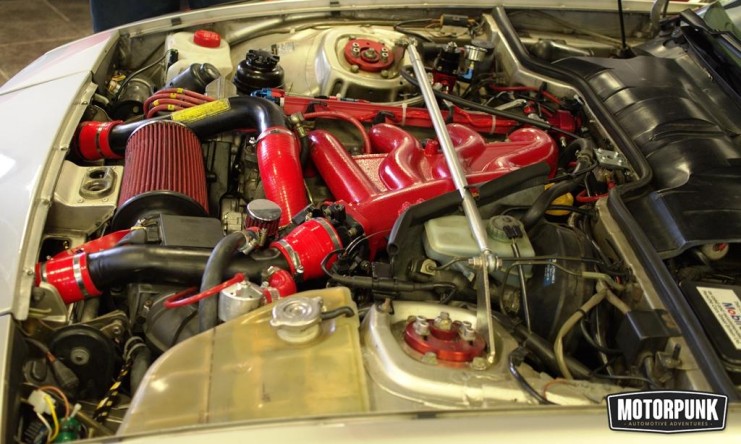 Dr Octane is sick of hearing about my car. If he points at another bit of my beautiful trim and identifies the VW it came from I will chin him. He thinks that we only did this shoot just so I could earn enough money to pay for my 968’s next big service. That’s not true. The service will cost way more than that. I tend to get through tyres. You might know the spec; The Sport was built as a Club Sport but Porsche UK stuck the tiny rear seats back in and gave it some ‘leccy bits in an attempt to sell a few more of them here. They nicked the Sport badge off a 928 as the factory didn’t officially endorse this model at first. I don’t think I’ll be putting Chris Harris out of a job anytime soon, but in the film there’s a lovely shot of a long, 180 degree drift with me delightedly squealing about the merits of this model to camera. Before fluffing a gearchange. 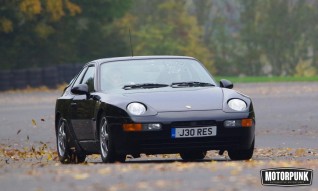 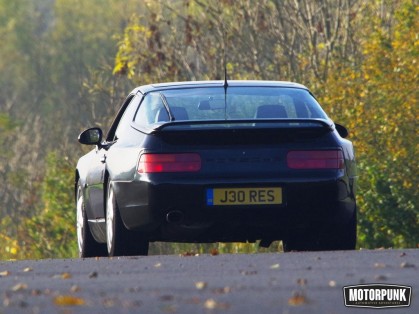 You might pick up an auto or cabriolet 968 with lots of miles for perhaps £10000, but I’d guess a good Sport (if you can find one) is going to be at least £15000, and mint Club Sport is an easy twenty grand or more. There’s a good website here with specs and info and more about my 968 ownership experience here. 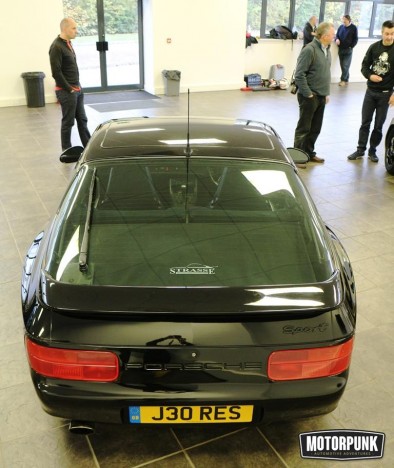 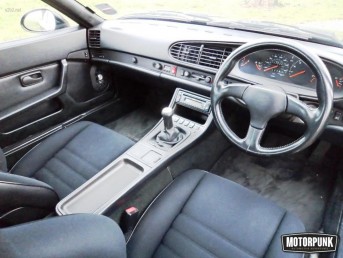 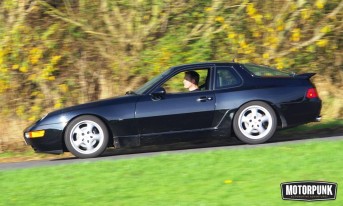 Richard Armstrong and his 928.

Richard runs a regular trackday for 928 drivers. He owns an older model plus this lovely late S4. I hope he doesn’t mind me saying this but you’d know he owns a 928 just by looking at him. He has a proper ‘tache, a limp from a diving accident and an infectious tally-ho attitude. This car could probably find it’s own way to the nearest pub. It’s fantastic to see the 928 used properly because although these cars make good wafters they can hustle a bit, too. We asked Richard to drive as close as he could to a dandelion clock growing on the edge of the track, with the camera close by and focussed on it, so we could get an arty shot of the seeds blowing off as the car passes. As he thundered off (he thunders everywhere, it seems) I watched him get so close that the camera fell over. “Can I do that again?” 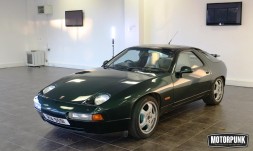 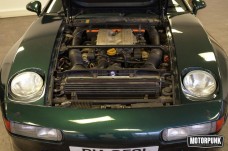 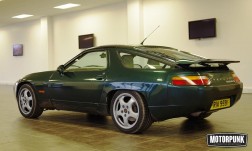 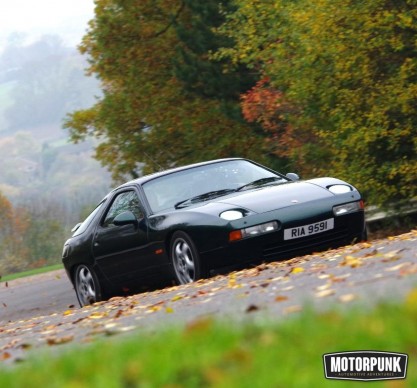 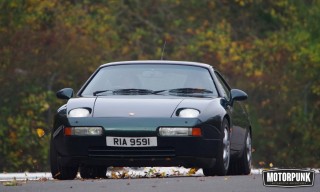 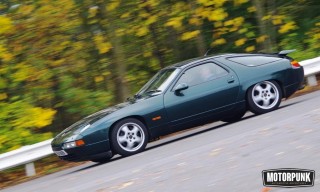 These cars have a broadly comparable silhouette; Pop-up lamps, hatchbacks and that simple but robust feel classic Porches have, all similar, despite these models spanning almost two decades of production. They have a similar feeling at the wheel, too. You feel sat at the centre of momentum, with the car steering around your hips. The front end feels soft and bitey and the back stiff to put the power down. They’re not so much fun to potter about town in, and need a little TLC like all classic cars do, but zinging along the open road they make you wonder why Porsche don’t make anything quite like this today.

Thanks to Ben Scott and his press-ganged camera car driving girlfriend, Mike Pollock for the excellent photography, Colin for the banter, and of course to Dr O, Richard, David and Matt for helping to make what will be a great little film about these brilliant machines. We’ll post the film up here when it goes live. For now, here’s a final snap of us arguing who did the biggest skid of the day. 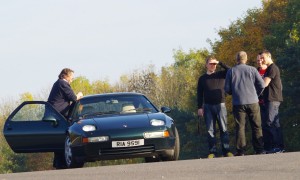