Like many tales of misadventure, the story of my AE86 began in a dimly-lit curry house after a few too many pints of Cobra. Conversation had sozzledly escalated from choosing which classic Japanese car to rent during an upcoming visit to Japan to which classic car to buy – with conversation naturally turning to the legendary Toyota AE86 of my teenage dreams, a Japanese alternative to cars such as the Ford Escort RS2000 known by fans as the hachi roku (Japanese for the “eight-six” in AE86). Its popularity in entry-level motorsport meant that, sadly, its numbers were becoming progressively scarce as the wedge-shaped hatchbacks happily rolled into ditches and down cliff faces, making surviving examples increasingly collectible, especially the Sprinter Trueno models with pop-up headlights. With the yen being particularly weak against the sterling at the time, buying an appreciating Trueno in Japan and bringing it to the UK made Total And Utter Sense. I was an investing genius! 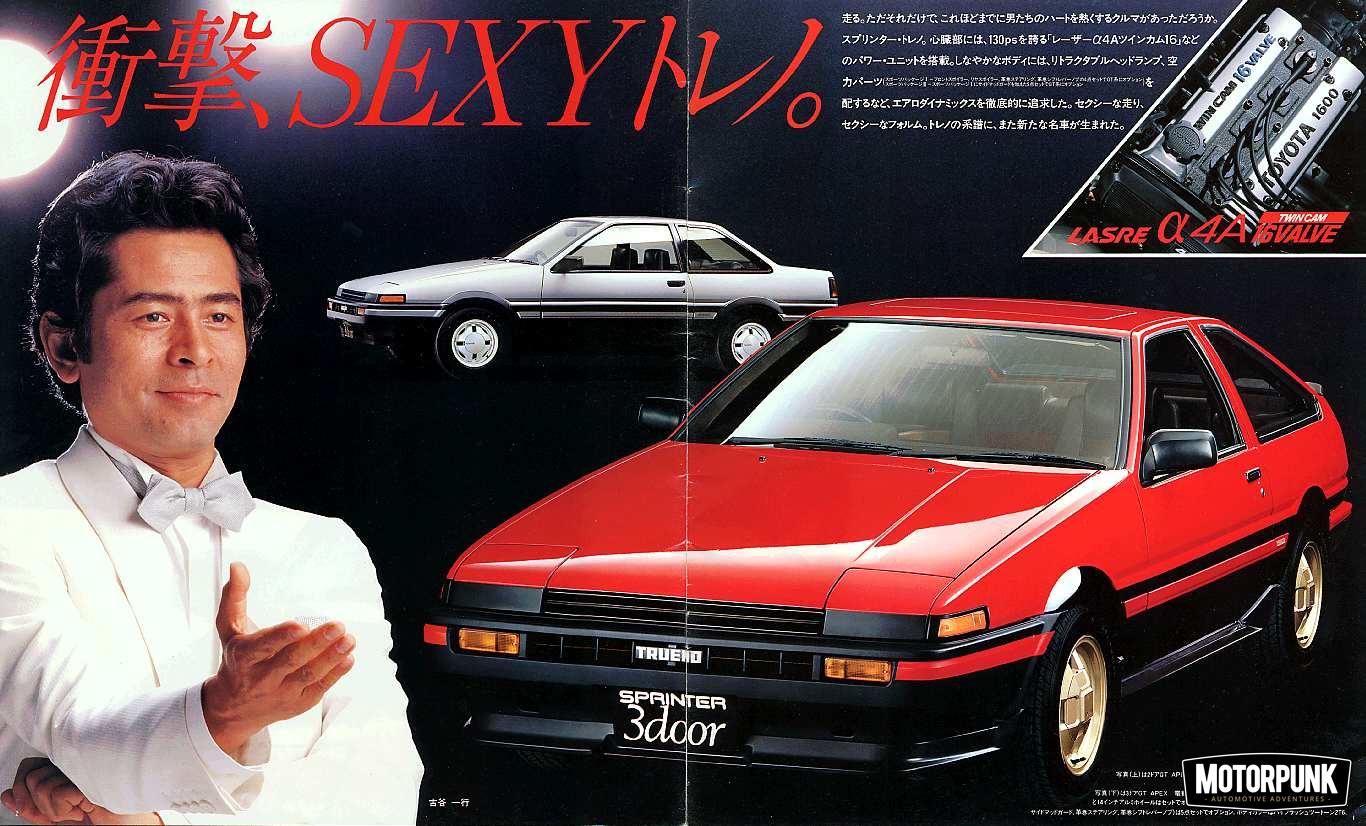 Sadly, I had forgotten at the time that I had a miserable budget, and that what I lacked in cash I made up for in my natural magnetism toward rusty lemons – sorry, restoration projects. Oh, and that my Japanese was rudimentary at best. Still, how hard could it be? In Japan, cars are widely bought and sold at trade auctions, with dealers acting on private buyers’ behalf, so Japanese motorists are blissfully unfamiliar with Gumtree’s “wots the lowest ull take” text messages. Some months later, after a few fruitless auctions, I had finally found my first Trueno. Although the events were trade only, I had managed to sneak in thanks to my chain-smoking, dealership-owning friend Wataru* and an ID badge of questionable legitimacy. The car was tatty, but it ran and still had a fully intact interior – a rare sight. It had potential. While I was poking around inside, a sudden gust of wind caught the slightly open driver’s side door and violently flung it into an elderly bystander’s shin. Ooops! After desperately apologising in broken Japanese, I slammed the door shut and stared intently at the horn button to avoid eye contact. Meanwhile, Wataru continued to apologise on my behalf and the two gentlemen enjoyed a brief but warm chat about their fondness of Truenos. On the passenger seat lay a crudely scrawled note in Japanese reading ‘NO BRAKES’. Wataru looked on, slowly shaking his head while pensively sucking on the afternoon’s seventeenth cigarette, whereas I saw it less as a fault and more as a quirk. 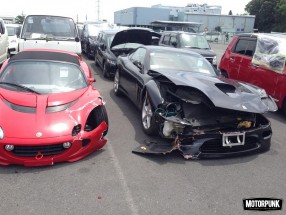 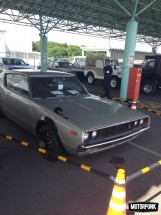 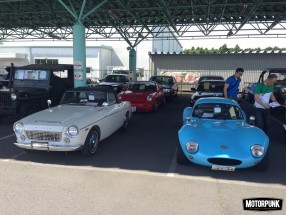 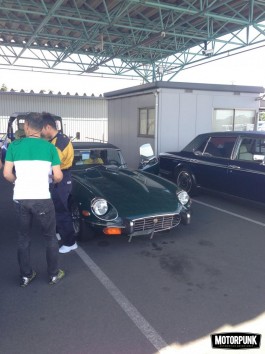 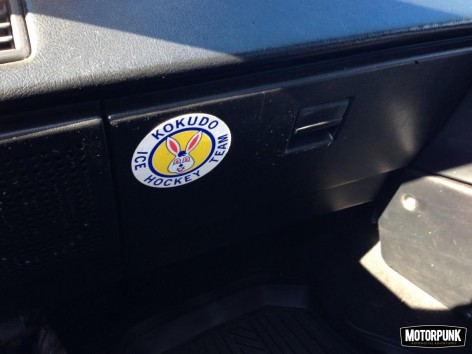 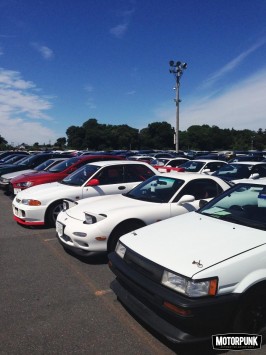 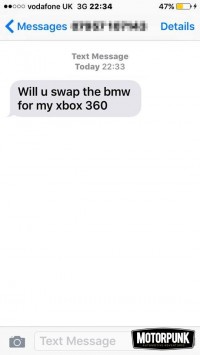 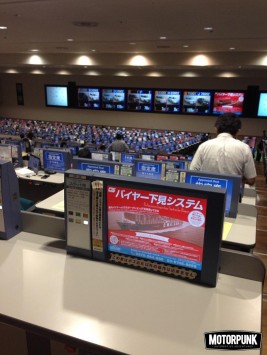 Bidding began in the venue’s main hall. Traders sat in rows, much like in a lecture theatre, each of us equipped with a buzzer with which to bid. At the front of the hall was a screen displaying a map of the room with real-time blips representing the seats from where each bid came. We had struggled to find a Trueno so far, let alone with a full interior – perfect for restoration. I needed this car. After the first flurry of opportunist bids, the price began to settle as it neared market value. We put in the final bid, and held our breath – the floor was silent, the blips had died down. The car was ours. Then, after a lengthy pause, a lone blip from across the hall – a single red dot on the hall’s main map. We returned fire, only to again be beaten by the same trader. So the volley continued; while Wataru cautiously bid, I stood up to see who our arch-nemesis was. It was the elderly bystander whose shin I had thwacked. Gah! I knew I shouldn’t have left that door ajar – surely this couldn’t be personal? After a few tense minutes our rival gave up. With a final victorious click of the buzzer, the elusive Trueno was finally mine. 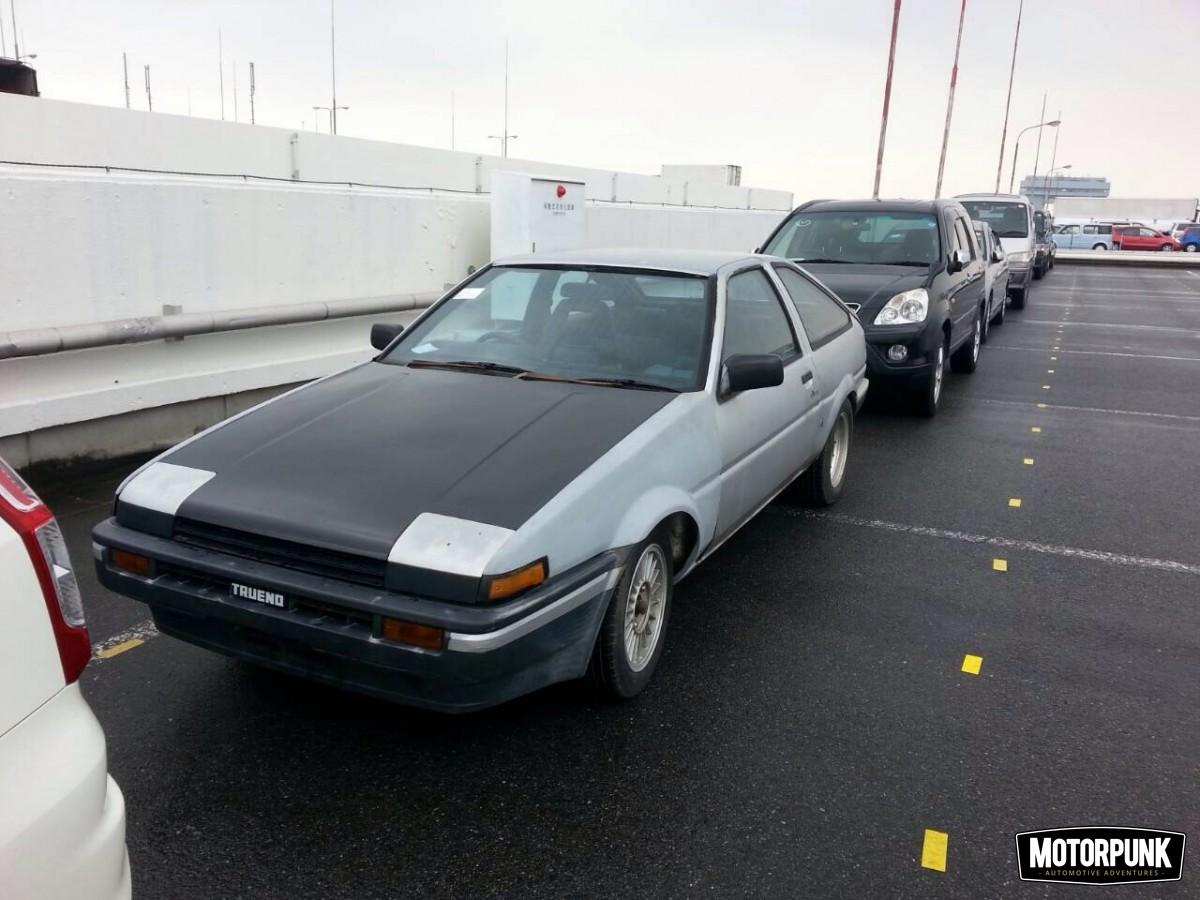 As we drove to the Yokohama dockyard to send my treasured AE86 to its new British home, I counted the admiring looks of passers-by as we traveled. Absolutely zero. In fairness, who could blame them? The car had clearly had a hard life. The bodywork was primer grey and the engine bay was red, while the paperwork had the car down as white. It was crusty around the windshield, the arches were arguably more filler than metal, and the Trueno’s only mint feature was a defunct ice hockey team’s sticker on the glovebox. But it was lively, it had character and it was very loud.

And that’s why, for people like you and I, it is perfect.

*Fictional alias, to protect his identity for having committed the heinous crime of sneaking me into a trade-only auction. On reflection, he still owes me £20. His real name is Kousuke and he can often be spotted in Yamagata wearing a Lotus Racing cap.

Words and pics by Alexey Underwood. Thanks for sharing this with us and let’s see some pics of the car when it arrives in Southampton, please!