We’re not electronically adept enough to know ‘who buys what’ as a result of our Kit Bag recommendations. The odd email arrives now and then announcing the purchase of some retro Bang & Olufsen amp or whatever, following Dr O’s enthusings, but by and large we just write about stuff we love, and trust you love it too. Like Autogyros. You might have a vague idea what these are but by the end of this page, if you’re anything like us, you’ll be trying to find space in your hanger/garage/shed for one.

The history of the Autogyro is fascinating. Invented by Juan de la Cierva y Codorníu, 1st Count of De La Cierva, the Autogyro was tested during the Spanish civil war. It is also known as the gyroplane, gyrocopter, gyroglider or rotaplane. The large rotating blades in the horizontal plane are not powered to create lift like a helicopter’s. As they rotate with forward motion they create lift in the same way as a glider’s wing does. Forward motion (and therefore, lift) is usually provided by a ‘pusher’ type propeller engine mounted behind the pilot in a small cockpit. Some had rockets on the rotor blade tips to make them spin quicker. Autogyros are small, simple and agile and once appeared in a Bond film. This is our kind of engineering. 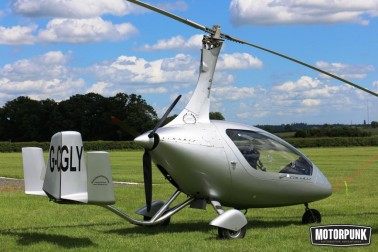 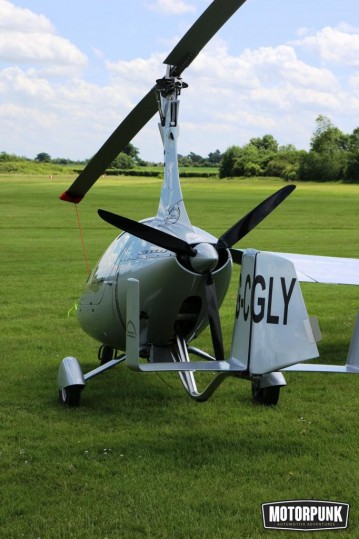 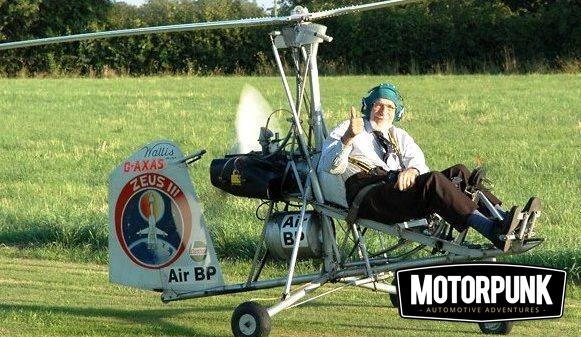 In addition to Juan cut-n-paste-surname above, another leading proponent of the Autogyro was Wing Commander Ken Wallis, a man who cut his teeth in bomber command in WW2 and holds the record for being the oldest pilot to set a world record, aged 89 at the time. Wallis is perhaps best known as being Sean Connery’s stuntman in ‘You only live twice’ where Bond flew an autogyro called Little Nellie equipped with flame throwers and missiles. One of Wallis’s own Autogyros, “a hanger queen”, was put up for sale recently after he passed away aged 97, and that got us scouring the classifieds.

Let’s ignore our sensible head, shall we? Mad purchases like these should be made with the heart so we’ll ignore sensible stuff about CAA certificates, airframe hours and crash damage. Autogyro prices start at £2500 for a project. There’s a Benson B8 for sale in the UK needing only a drip bottle and coil, which can’t be more than a few quid, can it? It can? Oh. £7500 gets you a Merlin, a machine that looks to me like a lawnmower that crashed into a mobile phone mast and landed in a wheelybin. Moving up market, there’s the Calidus. German made, these luxurious machines offer enclosed cockpits and a turbocharged Rotax engine giving a top speed of nearly 115 mph, still slower than Ken Wallis’s 129 mph Autogyro world speed record but with the addition of flame throwers, a drinks cabinet and lightly sedated Bond girl we’d have one in a shot. Wouldn’t you?

Photos by: Rich Duisberg and AFORS.com