To some, remote controlled cars are just toys; a techie piece of pint-sized hoonery. But those in the know will tell you there’s a lot more to them than that. In fact, the first RC vehicles were not designed for children; they were aimed, quite literally, at Allied forces dug in on the Italian beaches of Anzio in 1944; at four foot long and packed with 100kg of high explosive the German-built Goliath mini-tank was the Wehrmacht’s secret weapon, designed to wreak havoc within the ranks of the attacking Tommys. However, it wasn’t until the advent of cheap transistors in the early ‘60s that rather more benign and affordable RC models started to hit the high street’s toy shelves. 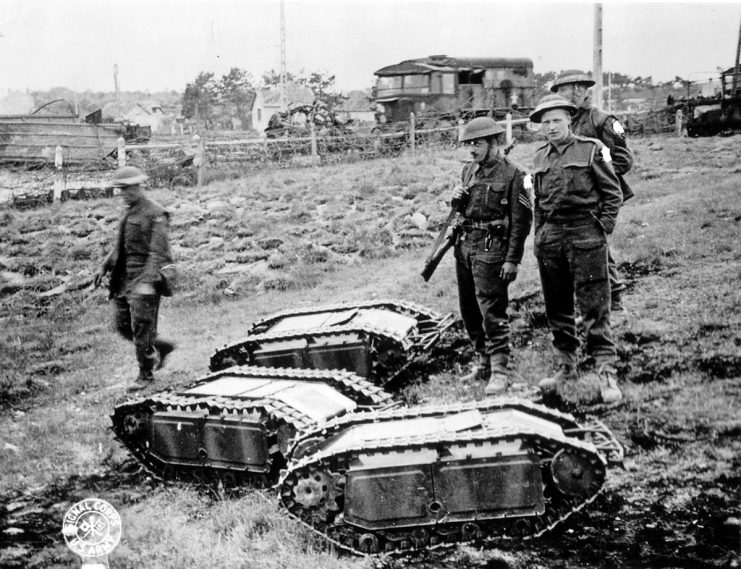 Most chaps of a certain age, like myself, will already know that by the 1970s the Gold Standard among modeling geeks were the fabulously detailed kits from Tamiya, a Japanese firm whose founder, Shunsaku Tamiya, scoured the globe taking fastidious notes, sketches and measurements of all manner of civilian and military motors to make sure that all dimensions were absolutely bob on. It was during one of Shunsaku’s famous fact-finding trips to the Californian Baja races in the late ‘70s that he fell in love with the air-cooled Beetle-based dune buggies; cars that eventually became the inspiration for two of Tamiya’s most iconic models: the Sand Scorcher and the Rough Rider. Shunsaku wanted these flagship kits to be as accurate as possible, even buying Volkswagen workshop manuals while he was in the USA to get proportions of the Bug’s torsion tube suspension exactly right. 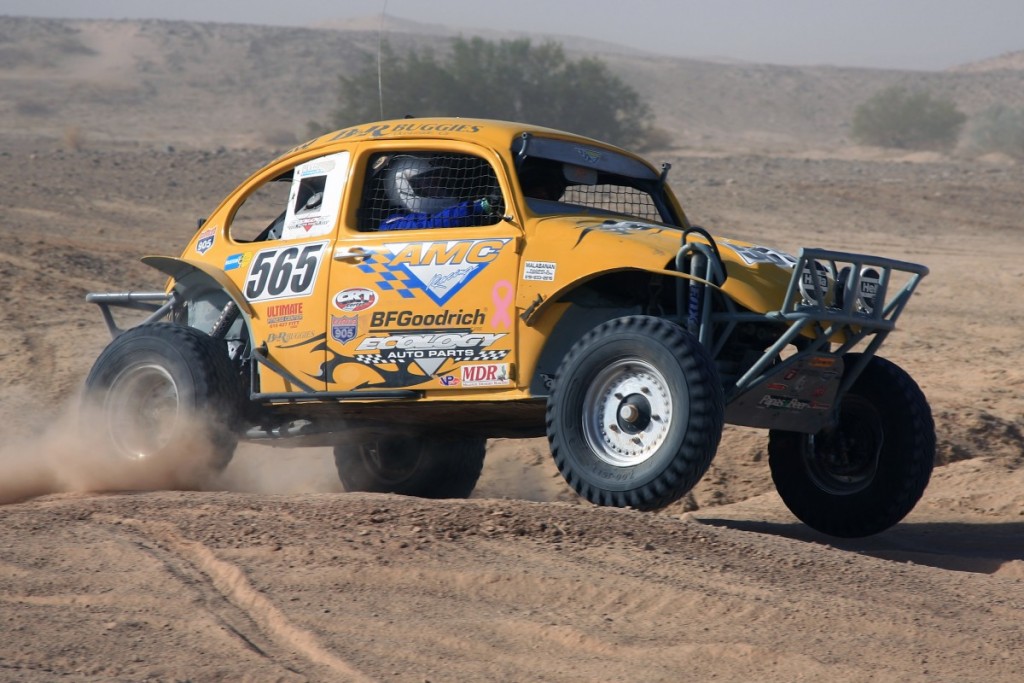 In 1979 these 1/10th Tamiya kits with their oil damped suspension, cast aluminum components and a torquey 7.2V motor were closest thing pre-pubescent petrolheads could get to the real thing. However, they were really pricey too – only the poshest of the posh kids at school ever got their mitts on a Scorcher – and I eventually had to plump for an entry-level Grasshopper sand rail rather than the range-topping Sand Scorcher that I’d really wanted. I spent hours of balmy summer evenings bombing around waste ground courses that I’d imagined into the badlands of California. That much-loved crash-damaged Grasshopper battled on for nearly two years, hamfistedly bodged together with cellotape and AirFix glue, until an elderly neighbour eventually reversed over it in his (full-sized) pea green Renault 4. Good times. 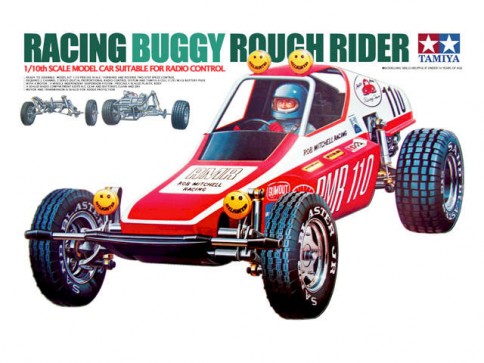 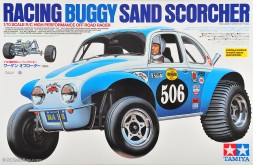 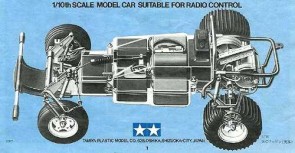 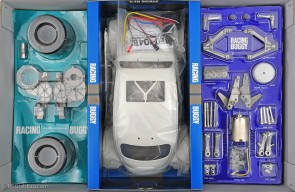 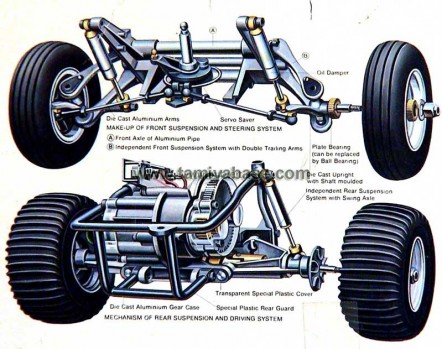 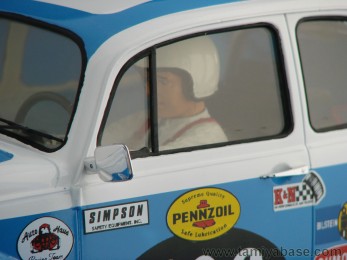 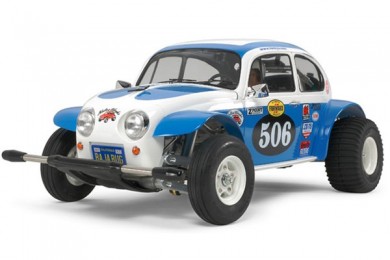 However, I’m glad to say that actually, it’s not too late for me to relive the boyhood dream of building up the famous blue and white No.506 Baja Bug; the good news is that about five years ago Tamiya decided to reissue some its most famous old models in a clever ploy to milk the ‘grey pound’ from nostalgic toy buffs like myself. 40 years on I still really hanker after a Sand Scorcher. I also hanker after a Caterham 160, so in some ways, using a twisted type of MotorPunk man-logic, treating myself to this iconic retro Buggy RC as a self-bought pressie will actually save money!

Go on; treat yourself.