Sported by racing legends from 1949 to 1967, the Argentine brand Suixtil were one of the very first companies to produced bespoke clothing for motorsport. In 2007, they came back with a line of classic clobber for the modern gentleman racer that we at MotorPunk HQ rather like.

He was short, podgy, and had teeth like a stripped ring gear, but Argentina’s greatest ever racing driver was never short of female companionship; it was rumoured that he’d even had a wriggle with Eva Peron. Although he wasn’t classic playboy material, he was a charmer who always made the most of what he had; and he was always interested in how he looked, both in his race cars and strutting the paddock with his wingman Moss, no doubt, “looking for crumpet”.

When he began his racing career in the mid 1930s he was introduced to Saloman Rudman, a highly successful Argentinian textile manufacturer with a passion for motorsport, who had designed his Suixtil (pronounced ‘Swix-til”) brand for the keener motorist in mind. When the Automóvil Club Argentino established the national Armada Racing Team in 1948, to contest the Formula One and Two Championships in Europe, Suixtil spotted a chance for some useful product placement, supplying the national team with all their racing outfits. In return, the team would be known as ‘Escuderia Suixtil’. Equipped with two Maserati 4CLTs, and later, two Ferrari Tipo 166s, Fangio’s talents flourished in the Armada, and soon received invitations to race at Europe’s most prestigious circuits. 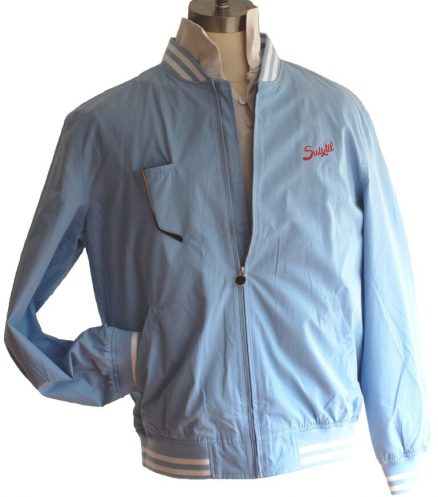 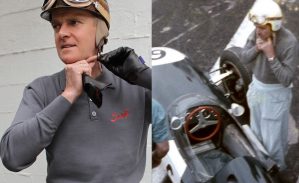 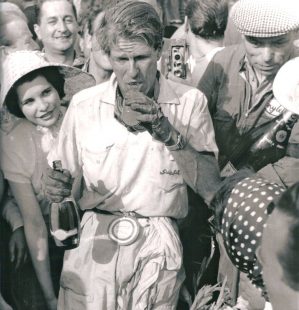 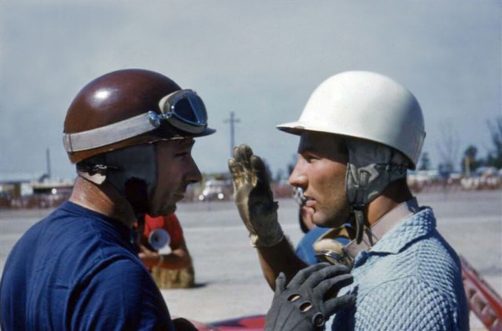 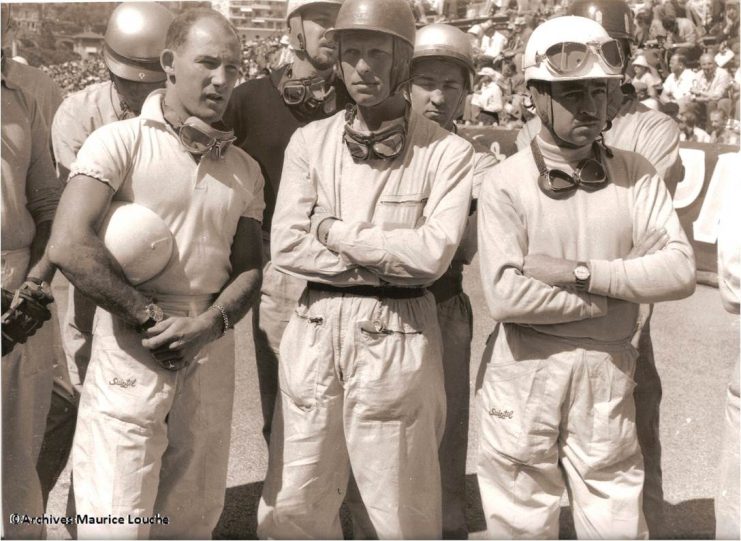 When he and his countryman arrived for their first major season in 1949, they were fully kitted out in light blue racing pants and white shirts or yellow short-sleeve polos sporting the Suixtil logo. The cotton trousers’ were tailored with deep cut pockets allowing drivers, who worked on their own cars, to carry spanners and whatnots; gathered ankles kept the material away from the pedals. But most importantly, they looked good. Before long, every driver wanted to be seen in swanky Suixtil clobber. As Fangio went on to win his five Formula One championships, he often gave away shirts and race trousers to competitors and friends. The result, Suixtil became the ‘must have’ outfit for race drivers across Europe and America. Moss, Collins, Shelby, Behra, Bonnier and Hawthorn, and many others, would regularly be seen in Suixtil racewear. 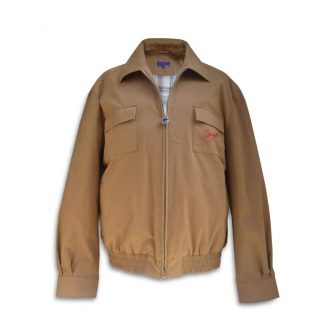 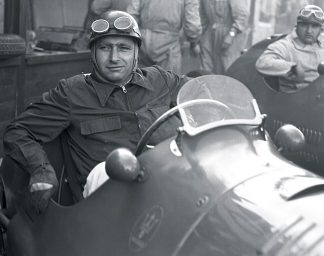 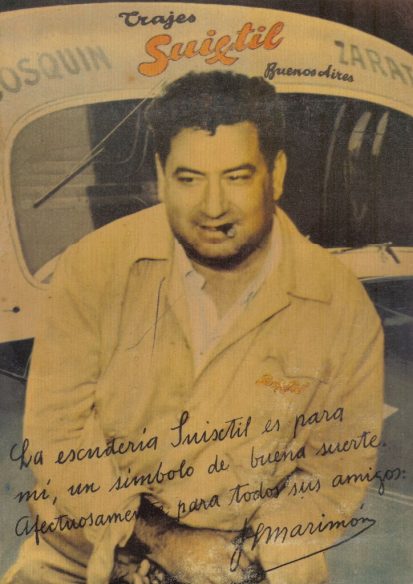 The high-end Argentine tailor had spawned the first generation of professional race gear. But despite its popularity through the 1950s and 60’s, Suixtil all but disappeared following the death of its founder in 1967. However, in 2007, the brand was revived, and is now producing a range of dapper menswear that harks back to that golden age of motorsport. Today, this stuff is much more ‘Cars n’ Coffee’ than Kemmel Curves, but we like that.