Today we look at Wristwatches inspired by Land Speed Record holders, WRC and F1 – circa £500

Apparently, 7.2 million people watched the BBC Bake Off final the other day. Basically, 11% of the entire British population watched a program on how to make foodstuffs and therefore avoid starvation. Giorgio Armani has made $9.3billion just making stuff that stops you getting cold and/or involuntarily exposing yourself. Similarly, Jeremy Clarkson makes about £3million a year suggesting what vehicles might help you get from A to B quickest and how to upset foreign types; Jezza’s a kind of BOGOF deal in that respect.

You see, when it comes to good food, well tailored garments and beautifully crafted automobiles most folks ‘get it’; what you eat, wear and aspire to drive says a lot about who you are and how other might perceive you. But there’s always a large band of unfortunates who simply don’t ‘get it’ and who can’t appreciate the artistry, the innovation, the attention to detail that we find in the finer things of life. It’s a sad truth that some people will always gorge on Gregg’s value pasties, some people buy their wardrobes at Millett’s and some people will continue to drive Peugeots.

This brings me on to the weight subject of timekeeping and watchmaking. Knowing the exact time at any given moment is a crucial piece of information we now take for granted. But it wasn’t until around 1700 and the invention of the balance spring that pocket watches were accurate enough to even warrant a minute hand. For just over 300 years we’ve been privileged with accurate timepieces, and for most chaps a wristwatch is the only piece of jewelry that they wear. So why not do it in style; wear something that expresses your appreciation of craftsmanship and design.

MotorPunk’s KitBag this week looks at a clutch of similarly priced motorsport-inspired timepieces from three of Europe’s favourite watchmakers.

As the ”Official Timing Partner” to the famous record breaking dynasty the British watchmaker Christopher Ward has produced this tribute to the Bluebird Land Speed Record cars, spanning a century of engineering genius from Malcolm Campbell’s first car of 1912 to the latest electric-powered LSR contender recently piloted by his grandson, Donald Wales. 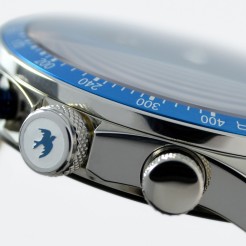 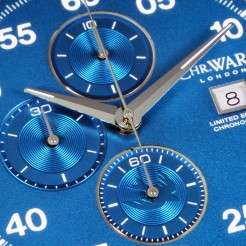 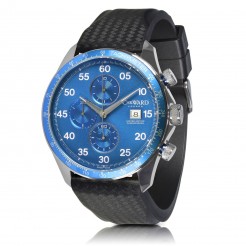 As Wales notes: “The dial in Bluebird Blue is based on the speedometer from the Bluebird car that broke the 300mph barrier in 1935 and having the Bluebird emblem subtly placed inside the guilloche is a nice touch. I have always loved the wheel hub design on my grandfather’s Bluebird and I am so pleased that Christopher Ward has added that detail to the back plate. I am sure that this limited edition of 1912 pieces will appeal not only to Campbell fans but also to collectors everywhere. 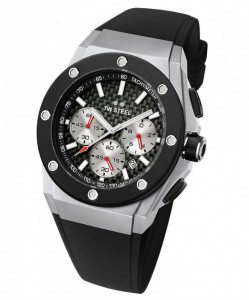 The Dutch watchmakers TW Steel have had a long affiliation with F1 and in 2013 switched their allegiances from Lotus to the current Force India F1 Team. Laconic F1 pundit ‘Crazy’ Dave is perhaps their most high profile brand ambassador and this, the TW Steel David Coulthard Special Edition, has been designed to celebrate his career including 12 pole positions, 18 fastest laps and 13 Formula One victories competing for Williams F1, McLaren- Mercedes and Red Bull Racing. 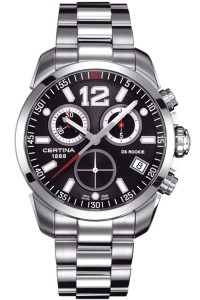 Swiss sports watchmaker Certina Watches has been revealed as the new official partner and timekeeper for the FIA World Rally Championships.

The new sponsorship deal means a return to the rally scene for the brand having previously partnered with Subaru’s WRC stars Colin McRae and Petter Solberg.

Rallying is an exceptionally important sport in the brands key markets in Scandinavia where it entertains a large numbers of spectators. The brand has been associated with motor sports since the 1970s and currently sponsors the Sauber F1 Team.