It’s always those unplanned, spontaneous nights out that are the best, aren’t they? And nowadays, if you have any sense, an impromptu knees-up means leaving your P&J abandoned overnight in the car park of your local. But how will you retrieve your motor? While you might be a PE fan, the last thing you want to do with a stinking gin hangover is jog to the boozer … what if it were more than a mile away for heaven’s sake?

However, the chaps at Boxx Corp might have found the answer with their range of collapsible mopeds that can be ridden back to the inn and then popped in the boot … once the waves of nausea and self-loathing have subsided to a sensible level, that is. 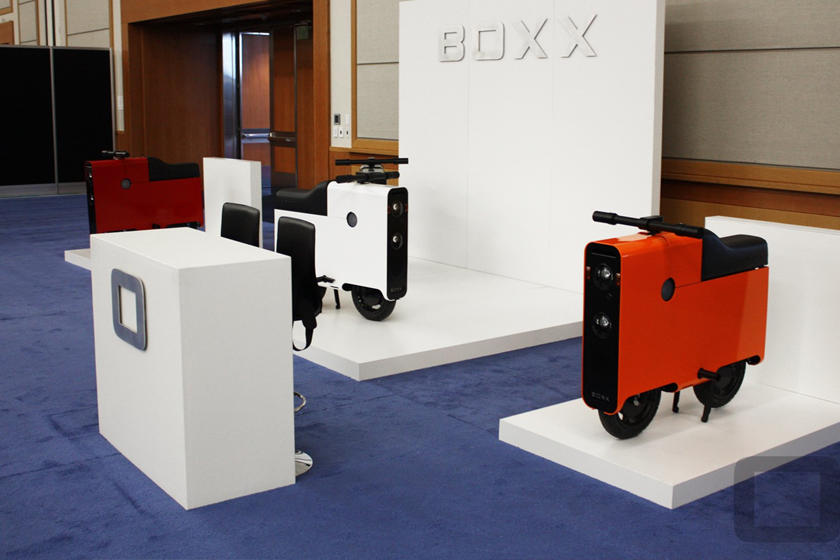 If the Imperial Stormtroopers had designed the Trunki ride-on suitcase then it would probably have looked a bit like this. Measuring just one metre square, the Boxx has a low centre of gravity and clever AWD with ABS. Although, as a moped, top speed is limited to 35mph, with upgraded power packs it has a potential range of 80miles, and can be fast-charged in just one hour. Since it contains no fluids Boxx reckon their compact machine could be stored in the cloakroom of the most bijou urban pads. Clad in lightweight aluminium, it can carry 300 pounds of weight (itself weighing about 120 pounds) and can even be specced with a heated seat for warming one’s rump while exploring colder climes. 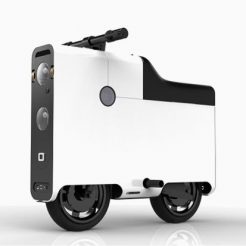 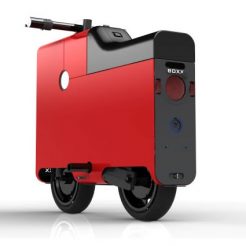 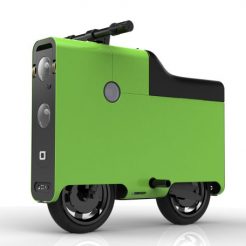 Funky though it maybe, cheap it ain’t. RRP is $3797, before upgrades, so it’s not the kind of thing you’re likely to see lashed to a tree with a rusty Halfords bike lock. But if money isn’t a big worry, and you need something stylish to retrieve your abandoned Avantador from a swanky West End wine bar, then this might be just the thing.