MotorPunk Towers is currently awash with dismembered classics; Rich’s manky Miata is one particularly massive undertaking by his new best mates at the local MX-5 specialists up the road, a lovely bunch of foolhardy buggers trying to undo a decade of damage caused by misguided ‘bangernomics’ bollocks and backstreet bodgery. While here, in the grounds of our Welsh Consulate, I continue to acquire more ruined British lovelies if I’m ever let loose with a laptop and a tepid bottle of Merlot. Nevertheless, one of my long term residents, a 1971 MG Midget, is finally awaking from a very long and oily slumber.

You see, when I packed up my stressful, but well-paid, job six years ago to become a professional Automotive Adventurer with MotorPunk I probably did watch a bit too much daytime telly without the usual 9 to 5 routine, which did include all the reruns of Wheeler Dealers, most of the Mark Evans ‘are born‘ restos and a fair few crappy Yank shows too. Buoyed up by these spanner-weilding geezers making it look so bloomin’ easy I embarked on my debut nut and bolt restoration with this mk3 chrome-bumpered Midget, an abandoned project that a neighbour had put me on to. The relatively rust-free shell came with a van full of spares, a tweaked 1275cc (probably bigger) engine, roll bar and hard top; its previous owner having dabbled in a bit of sprinting and hillclimbing whilst posted in Wales with the RAF sometime in the 80s. 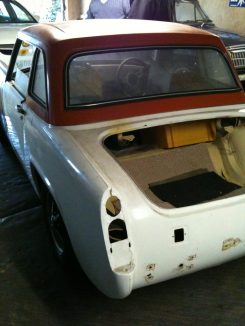 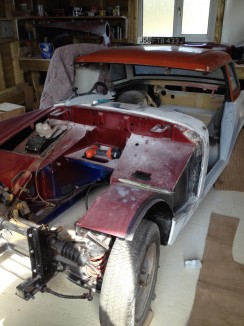 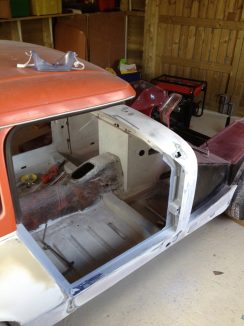 However, it’s been a long slog to get it to this stage; as I write this I reckon its about 90% done with only the trim and door reassembly to finish off. But if you’ve also long hankered after a classic car project please learn from my mistakes and save yourself a lot of grief. Here’s a few of my main gaffs:

1) Buying a rust-prone British sports car before your garage is actually built.

We all agree that nothing beats a summer’s hoon through Blighty’s fecund back roads in a rag top roadster. However, it’s also well known that a 1970s MG bodywork corrupts quicker than a FIFA official if you drive it anywhere outside the Atacama. Chaps, get your man cave / garage in order before you even start trawling the classifieds for your next project otherwise you’ll be removing fresh patches of surface rust after every tea break.

2) Forgetting where the parts that you stripped off actually are

I’ve never remembered the date of my wedding anniversary, have made more apologetic phone calls for missed family dental appointments than I dare admit to Social Services and rarely get more than 9 points on Pop Master despite owning a vinyl collection that’d have shamed John Peel. So why I thought I would ever remember where I had squirreled every last bolt, grommet, flange and whatnot after five years is a ruddy mystery! On a positive note, every day is like Christmas* when I do unpack the stored boxes of badly labelled parts.

I will admit that I have occasionally lost focus at times; instead of lavishing all my attention on just this one pretty little relic, since 2010, when I first trailered her home to South Wales, I’ve have had brief affairs with a rotten Porsche 944, a lovely 1979 Mini Clubman, a Golf Gti 16v mk2, a second 1974 round-wheel-arch Midget (which I eventually broke for spares), a newish R53 MINI Cooper S JCW and a shonky mk1 MX-5 … oh, and a 1955 BSA Bantam which is still in a dozen cardboard boxes. And although the MGs finish line is now in site, and just one last push is needed to get the Midget back on the back roads, guess what? Yep, I bought yet another ruined piece of Longbridge detritus, in the form of a rust-riddled 1982 1330cc Mini!

4) Changing your mind on the specs

Bumper on, bumper off, bumper on … paint it red, pale blue, BRG … build it for sprinting, road rallying, autotesting, posing at Goodwood … et cetera ad infinitum. Just make a plan from the off and stick with it. 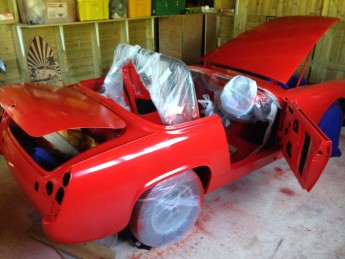 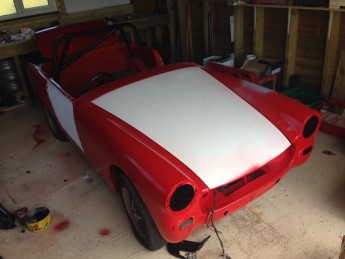 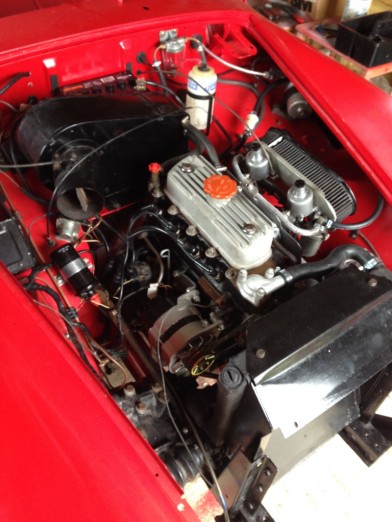 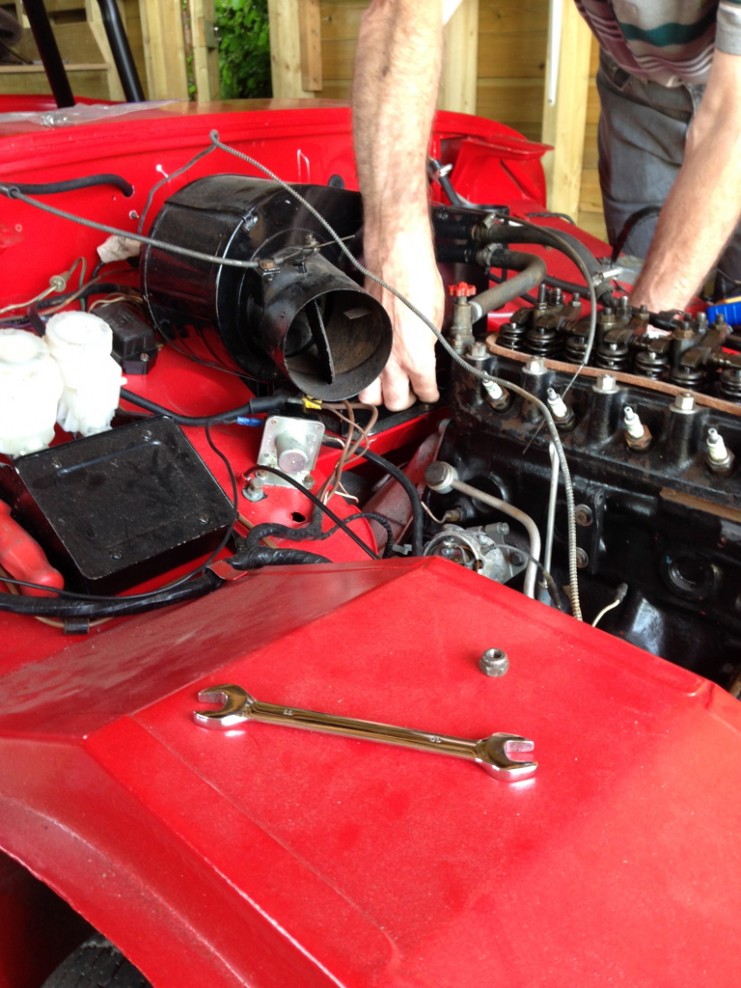 The thing is, for a resto noob like me, a full car refurb’ is pretty daunting. And you can spend an age reading books, drinking tea, posting on forums trying to get the definitive answers on how to do a job, whether it is welding, spraying or rebuilding an entire engine. But, at the end of the day, there is no substitute for just rolling up your tweeds and having a ruddy good bash; don’t worry about getting things perfect at your first attempt ’cause it won’t be, but you will learn and your skills will improve. I have to say that with the finish line in site this has been one of the most rewarding things I’ve ever undertaken; it ain’t perfect and I’m sure the MG anoraks would be horrified at some of my amateurish handywork, but sod ’em. It’s mine, and I did it … well nearly anyway. 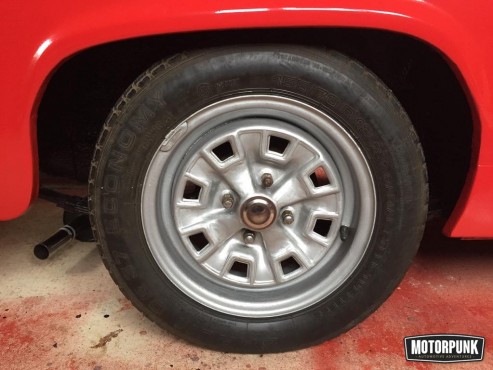 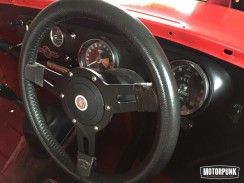 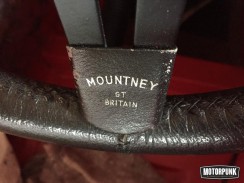 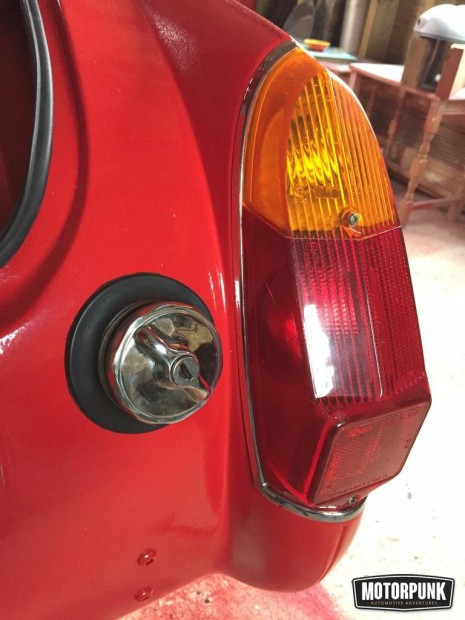 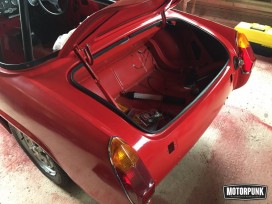 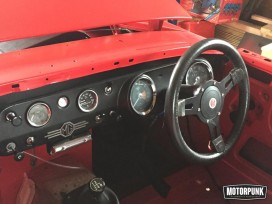 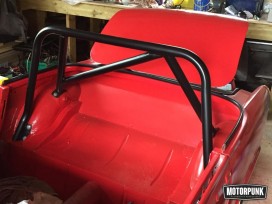 *if you grew up in the 1970; and your parents were mental; and all your Christmas presents were oily remnant of dead BMC shit heaps.