I didn’t take these pictures. Owner Andy sent them in. You might not know him, but you might guess the kind of life he’s living (in his head) from the locations of the pictures. His silver W123 Coupe is a classic wafter, 133k on the clock and still looking great pictured in the moody Yorkshire gloom. Round the back of a stately home, in the gateway of a remote farm, outside a swanky restaurant, on the corner of the alleyway where the night creature lurk; These are reputable cars for doing disreputable things in. 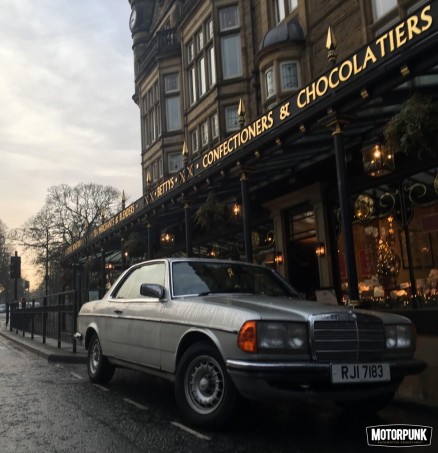 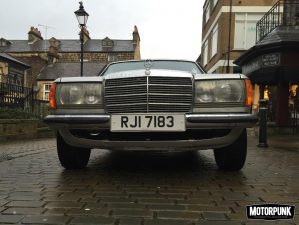 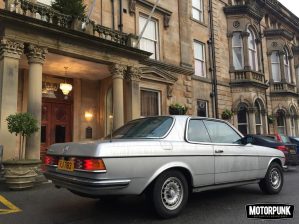 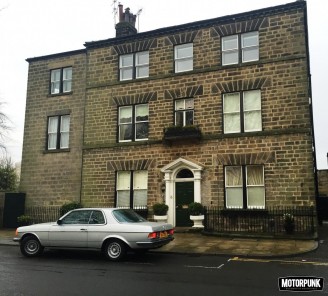 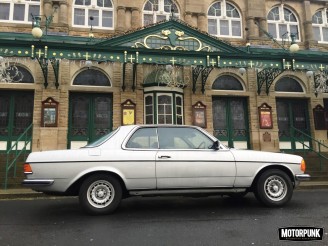 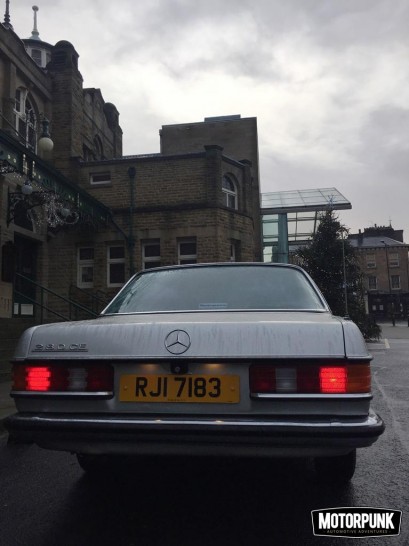 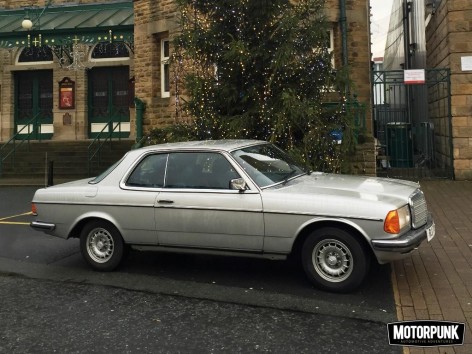 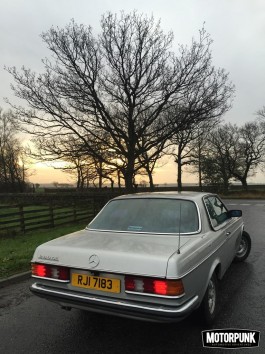 It’s a faded beauty, this W123, and I don’t mean the paint. It had some rust that got fixed. There is, I understand, some gearbox work to be done. It’s innards are blue. It looks so striking, even more so with a whiff of shabby chic about it. This is a classic ‘car club 18-30’ kind of car. Expensive in it’s day but affordable now. Quick, quirky and cool. I imagine Andy, mooching his Merc along the streets of Harrogate and admiring the reflection in shop windows. It’s the kind of car that makes you feel like you’ve owned it from new, but haven’t replaced it because Merc do nothing cooler, or perhaps because you’re broke following an expensive legal case involving a lady’s dignity. The picture of the empty boot says “Look! No corpse here!” Anyway, enough piffle. It’s cool. 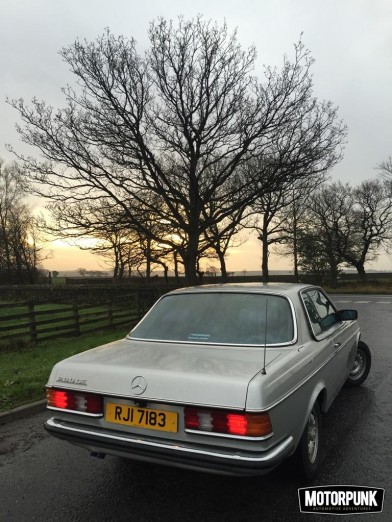 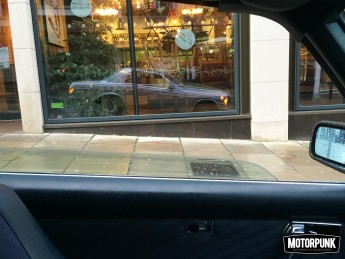 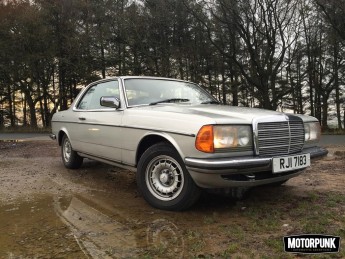 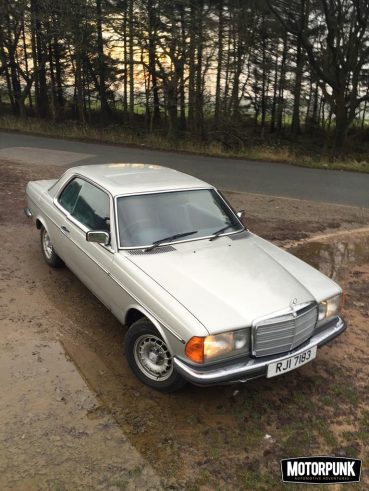 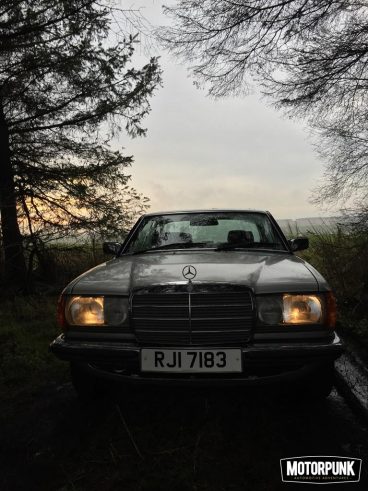 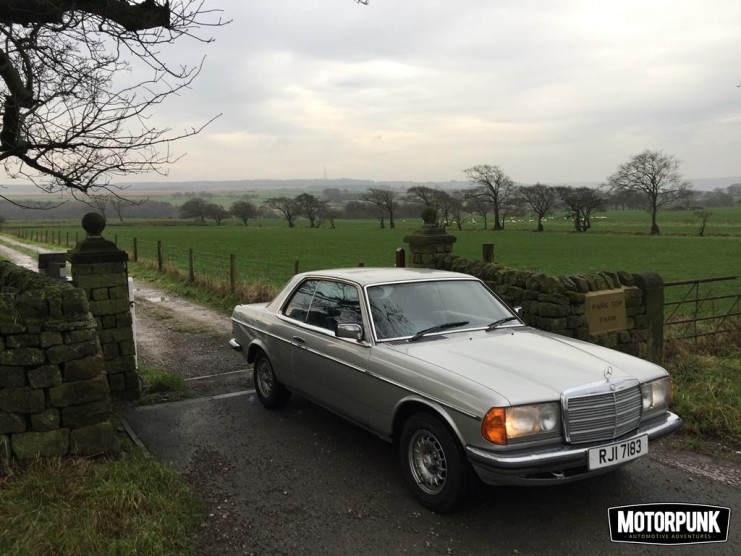 Just in case any car people are reading I ought to cover the basics. The W123 was in production from ’76 to ’85, this 280CE has a 175BHP 2.8 litre straight 6 and 0-60 takes about ten seconds. The coupe has a slightly shorter chassis than the saloon and estate versions. Mercedes-Benz made 2.6 million W123s and I’ll bet they’re a more common sight in Africa than they are in blighty today. “The last of the proper Mercs” they say, before adding “is that tape holding your sunroof shut?” Prices range from £5k for this one in yellow  to £15k for this one in brown. There’s a straight-laced Merc W123 buyers guide here, but we MotorPunks don’t write about cars for what MPG they do or what their insurance costs, we write about them for how they make us feel. This W123 isn’t just a pretty machine, it’s something that makes you smile like you’ve gotten away with it, whatever ‘it’ may be. 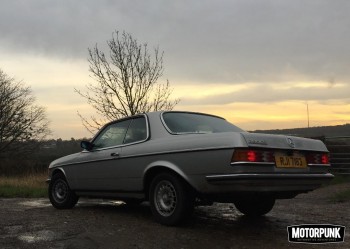 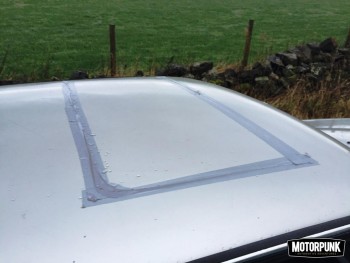 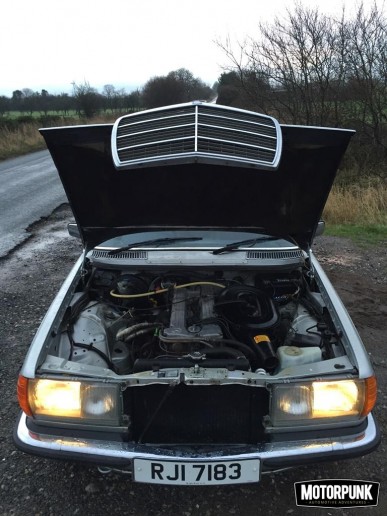 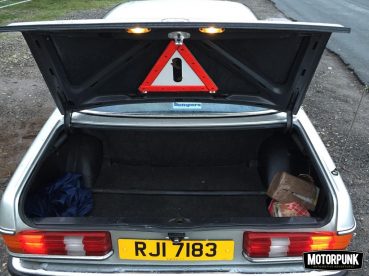 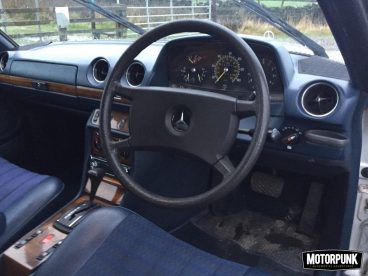 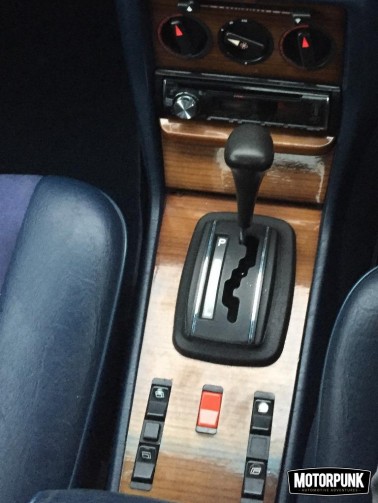 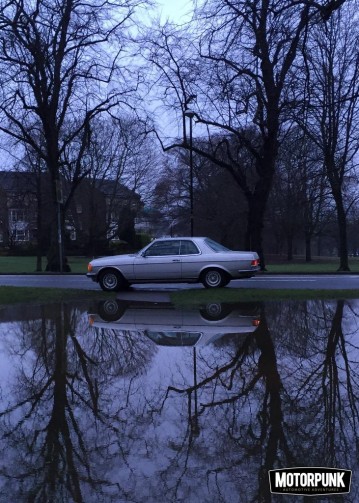 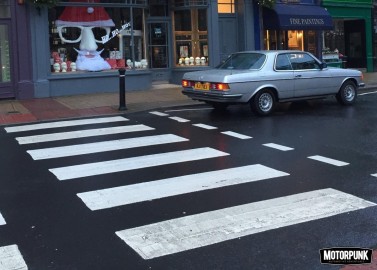 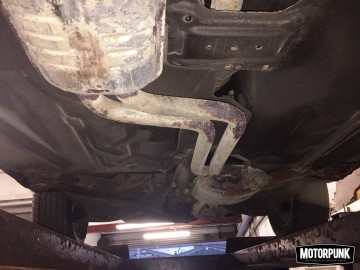 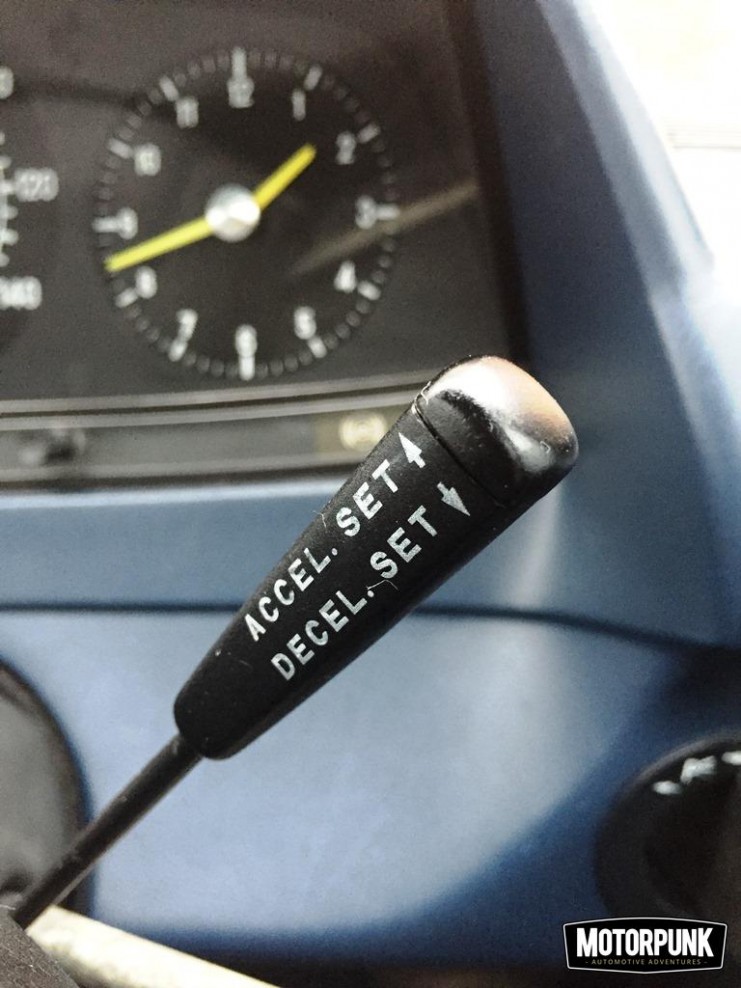 I have two particularly fond memories of Andy. One of him with an accidental gobfull of petrol, in a German scrapyard, attempting to siphon the last few pence worth of value from his just-exploded Volvo.  Another defending the budget roll-cage in his 924, constructed from pipe-lagging and garden canes. All thoroughly disreputable behavior. He’s the sort of chap the W123 Coupe was designed for. Our sort of chap.