Aircraft designers are a cautious lot. Particularly so in the early days of flight when aerodynamics were scarcely understood and the designer himself was often the test pilot. New models were mostly developments of old ones. They’d take an existing design, add a bit more power, or a bit more wing, and cautiously nibble away at the edges of the unknown. Not so with this behemoth, the Ca60 Transaereo, designed in 1921. Caproni binned conventional design conservatism and threw caution to the wind. Even today it takes a while for the brain to process what we’re looking at; A nine winged, eight engined flying boat. This is the kind of tally-ho engineering we MotorPunks admire. 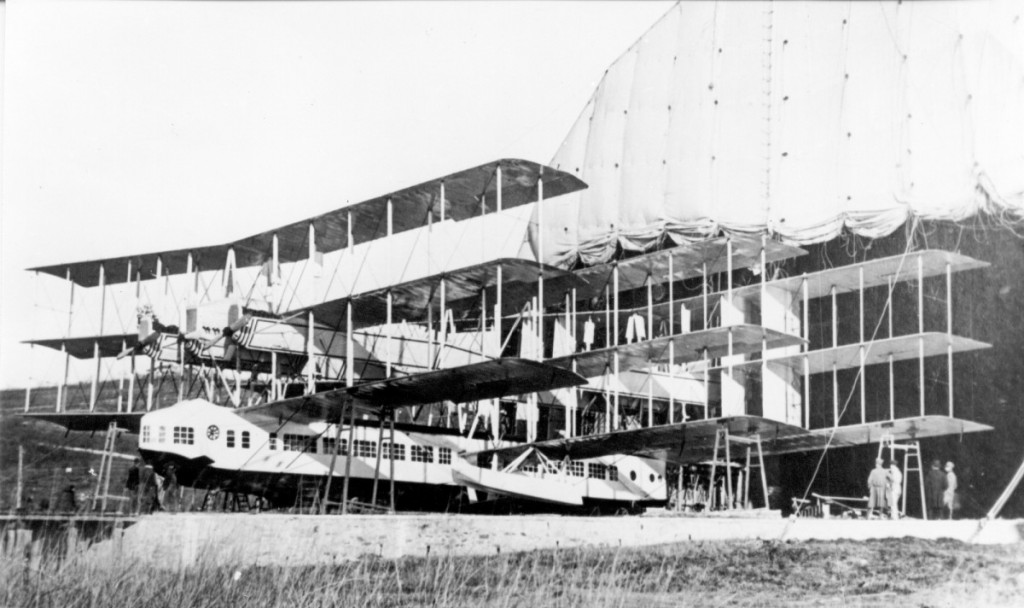 Giovanni Battista Caproni, 1st Count of Taliedo was the designer. Gianni had experience with heavy bomber design from WW1 but nothing on this scale. He had a vision for transporting a hundred passengers over long distances, landing at places in the third world with little or no infrastructure. Places like today’s Luton airport. He had successfully converted old bombers for transport use, but he simply went overboard with the Ca60. It had three triplane wings, giving it nine wings in total and a 30m wingspan. These three triplanes were connected with a huge boom for torsional rigidity. 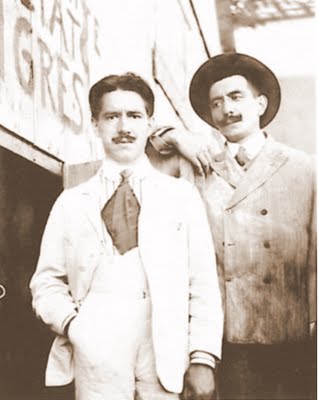 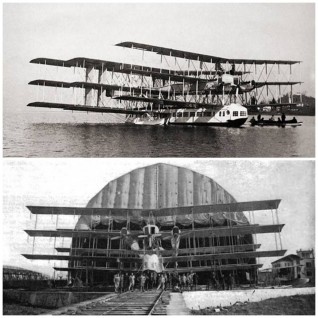 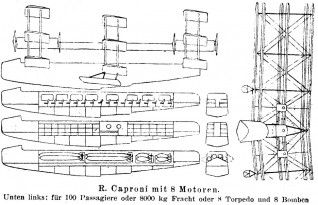 For power there were eight Liberty V12 engines developing 400hp each. Caproni was stressing over safety and actually wanted to fit even more engines for redundancy in case any failed but the thing already weighed 26 tons laden. The engines were in a push/pull configuration and mounted in pairs in huge nacelles, each of which also accommodated a flight engineer. The Pilot communicated with this uncomfortable engineer-in-situ by a complex series of lights on a dashboard. The cabin was luxurious, with passenger seats facing each other and huge glass windows. This colossal aircraft was massively complex, hugely ambitious and quite crackers.

The maiden flight was on lake Maggiore, in Northern Italy. A very gentle, low altitude trial. A few days later it took it’s second, and final, flight. Caproni had sat lots of heavy sacks in the passenger seats, designed to represent the weight of passengers but, after a bumpy take off thanks to the wake of a passing ship, these unsecured sacks all slid down the 20m long cabin. This pitched the Transaereo’s nose up and it stalled, crashing tail first back into the lake. The crew survived unhurt (even the chaps sat inside the engine nacelles) but the plane was a mess, and it was subsequently wrecked beyond repair by the boat that towed it to safety.

Caproni’s Transaereo design may have been outlandish but he is fondly remembered in Italy for his work, his moustachioed chops even appearing on a stamp. He later created the Ca90 which was then the world’s biggest plane with record-breaking performance, and was also successfully involved in early jet aircraft. All designed with a smidgen more caution than the magnificent Transaero.