Sometimes a chap just gets an idea in his head and has to turn it into reality. As much as we ‘punks appreciate interesting engineering we have to confess to loving certain machines just for the way they look, at times. And this is a classic example. I couldn’t give a stuff if Grant’s Mini Monster Truck could traverse a ravine (it can’t), or if it could pull a boat (it can’t) or blitz through a blizzard (it can’t). It may only be 2WD but it is ‘punk engineering. It’s built for fun, to indulge ones inner loony, and for that we love it.

As we’re admiring this thing primarily for its aesthetics we will gloss over the legalities of how it was put together, registered and MOTd and look at what was used, instead. Those three starting components are VW Beetle, English loony, and an old Fiat. The chassis is a ’67 Beetle, ball jointed and shortened to fit the body. The body is an ’84 Fiat 126, welded on top of the aforementioned. In the back is a VW Type 4 engine with 1800cc and twin Webers, mated to a standard 1300 Beetle gearbox. “Oh, that’s how he did it” you might think. But no-one can answer why he did it. The DVLA say it’s a “VOLKSWAGEN UNKNOWN”. It would be a mean-spirited copper to pull this thing over; and disc brakes, new rubber and careful welding mean it would pass a MotorPunk MOT, at least.

Back to the nuts and bolts; The arches are customer made from metal, there’s no fibre-glass here. To get that body over the bug further mechanical work was needed – the front beam is 4” wider, the rear trailing arms are 3” longer and 2” wider each side and long-travel CV joints are fitted. Those steelies wear big mud tyres. There will be a time when legislation will prevent creation of such motors and, frankly, maybe this car rumbles over a few existing rules already, but we must celebrate the possibility to put fun things like the Mini Monster Truck on the road while we still can. Yes, it’s 2WD, but off-roading it would still wipe it’s mucky bum on a Vauxhall Mokka. 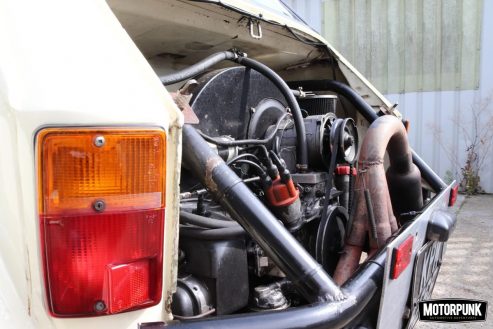 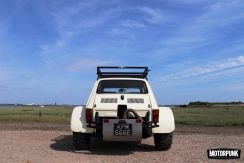 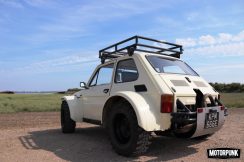 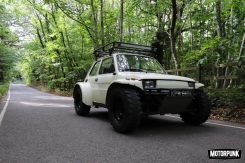 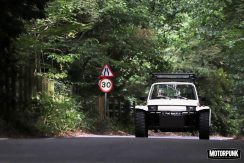 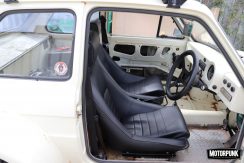