Plenty came and enjoyed the session, even though it rained, and at this late stage of the seasons it’s very hard to make any big improvements in personal bests as Curborough gets colder and greasier. But – there’s more to this event than lap times. There’s the opportunity to champion the often largely unloved cars we MotorPunks run. To thrash around in unusual cars to safely find their limit. And your own limit. To master each turn and braking point and, when you get it wrong, hope no-one is watching for fear of a ribbing in the paddock from like-minded racers. Here is the leading contender for MotorPunk’s 2015 season ‘hero of the series’ award, Ben Atkinson, in yet another car from his eclectic collection. This little picture, for us, epitomises the day; 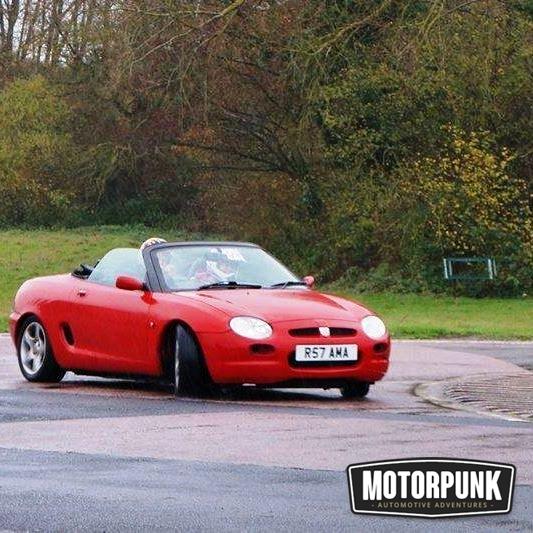