Going around the world on BMW enduro bikes supported by a film crew, security squad and a team doctor (and an army of hair and beard stylists no doubt) is one thing; doing it solo in a 1973 Austin Mini van is something else entirely. But that’s exactly what Mini fanatic Dave ‘Diddy’ Thomas set out to do from his home on the Scottish island of Mull.

Going the opposite way to most folks, in a ‘brave’ choice of vehicle, gave rise to the ‘Wrong Way Round’ tour; once he’d committed to this epic personal challenge back in 2009 he began with a nut n’ bolt rebuild of an old Mini parcel van, which was the same thing he’d spent his younger days rallying at events across the UK “because it was the cheapest thing to run and cost less to tax.” Dave is a modest chap but he did let slip, when I bumped into him at the Stoneleigh Mini Show last year, that he’d been a rather handy wheelman back in the day; in the 1960s ‘Diddy’s’ rallying talents had been called upon as the support car driver for Messrs Hopkirk and Lidden and he spent the next 25 years campaigning an ex-BMC factory car. 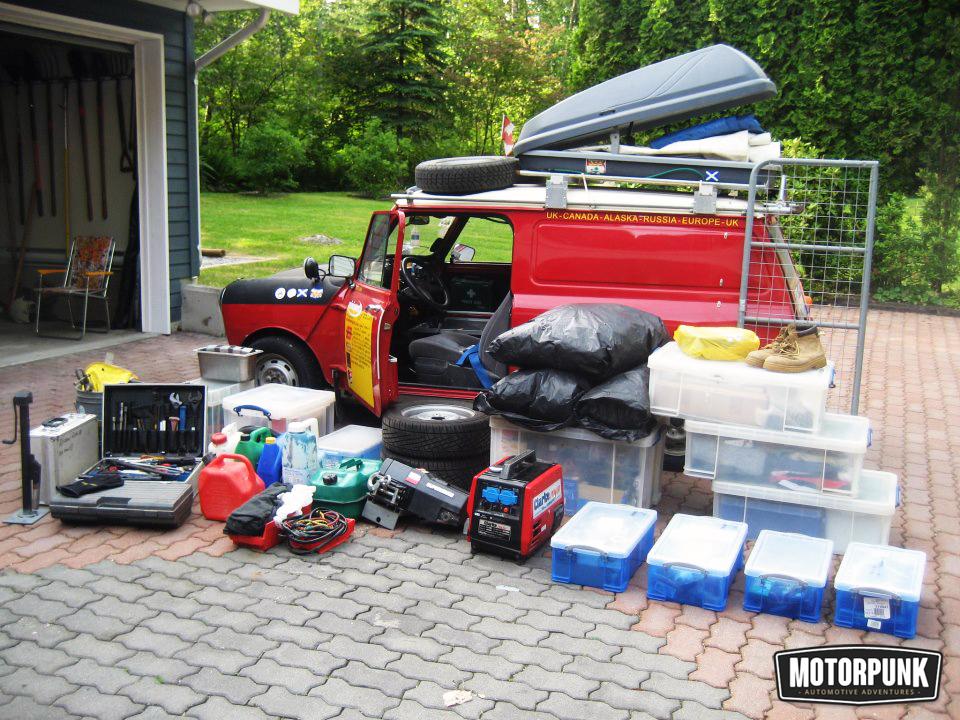 Despite being only 5’6” Dave has had to modify the van to maximise space, with a full length bed platform and an extra custom-built tent section that can be put out the rear. Suspension was beefed up to cope with the extra weight of kit and a sensibly modified 1275cc lump was installed for a little added oomph. As a spanner savvy Mini nut ‘Diddy’ knew the workings of Issigonis’ little pocket rocket inside out; this was going to prove very handy over the next 20,000 miles or so. 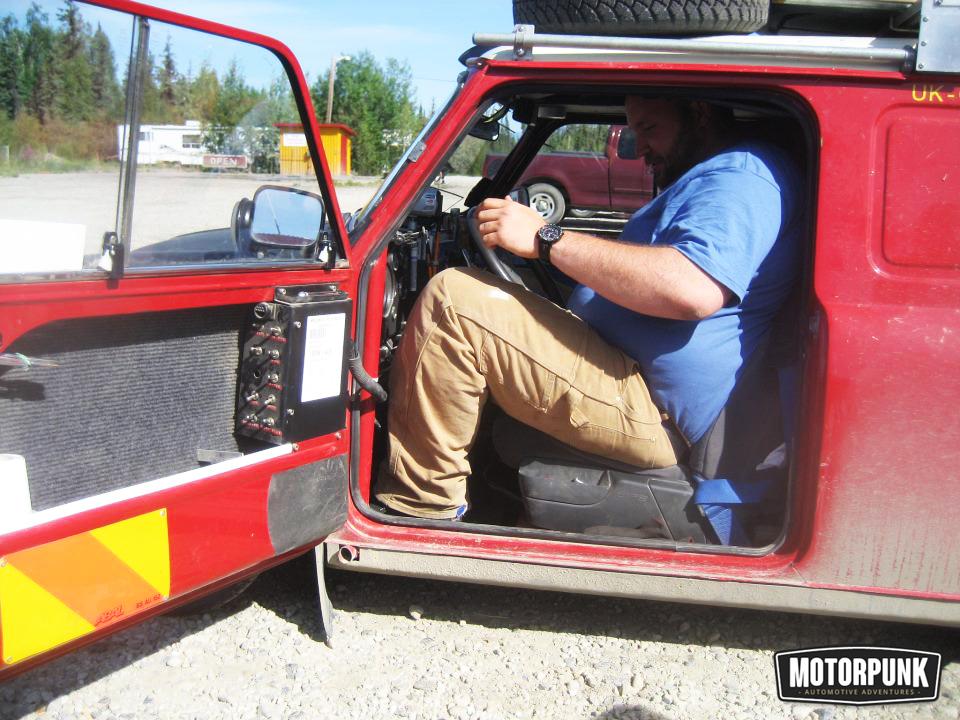 The first leg of his adventure he drove across the top of North America. After shipping his modified Mini to Halifax he then embarked on a gruelling 45,000-km odyssey across Canada to Alaska, travelling a punishing 10,000 km of that on dirt roads that motors of this diminutive nature were certainly never designed for.

The next stage took his Mini on a 20-day sea voyage across to Tokyo. From Japan, his Mini travelled by cargo ship to North Korea and then on to Vladivostok for the start of a 10,500 kilometre jaunt across Russia and 18 hour days behind the wheel battling dirt roads, pot holes and policemen of dubious credentials. In the summer of 2013 Dave finally made his way through Europe and back to Mull. There is no way I can do justice to this entire trip in this short feature so I’m just going to point you towards Dave’s Facebook page where you can lose a few hours reading his blog and looking at his fabulous gallery of catastrophic engine failures, wild bears, Ice Road truckers and lots, and lots, of endless dirt roads. It’s also chock full of smiling foreigners pouring over ‘Diddy’s’ funny little car, and one great pic of a rather large American who got a bit stuck in it. I like to think of Dave’s Mini van was a kind of British Leyland Peace Envoy, spreading a sense of fun and adventure everywhere it went … and coolant … and oil. 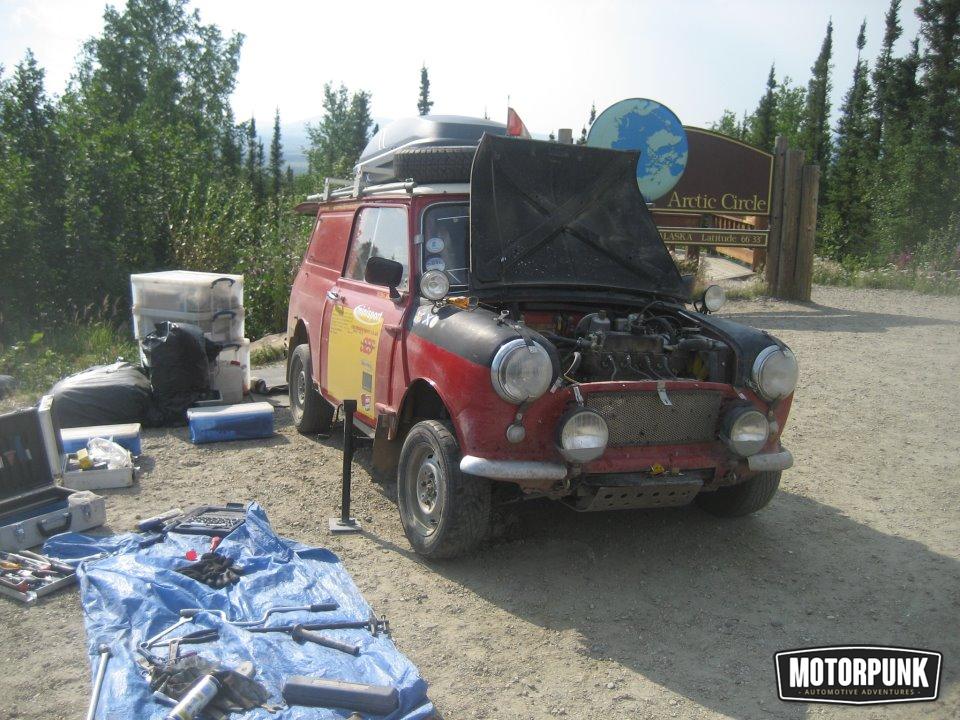 And so we chaps at MotorPunk salute you David ‘Diddy’ Thomas. The world needs more nutters like you that have the pluck to strike out, seek new horizons and fight to make the world less boring. And anyone who so matter-of-factly describes replacing a mullered head gasket in a scorching desert (after the coolant hit 140°C) deserves a ruddy medal in our books. Well done Sir. 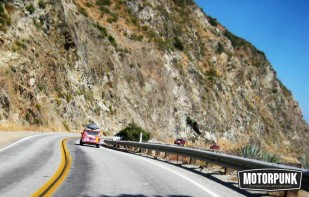 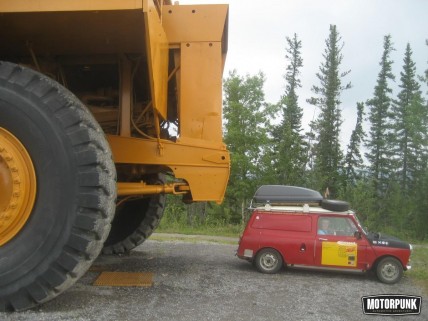 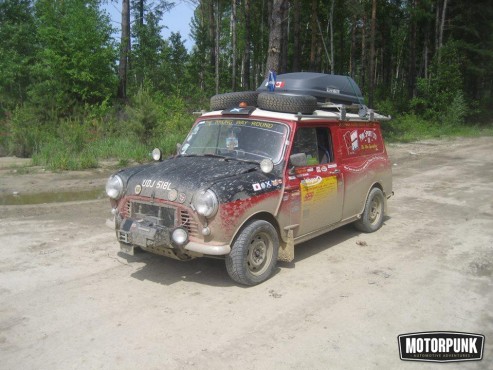 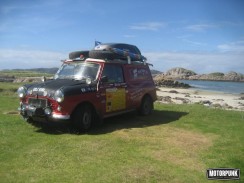 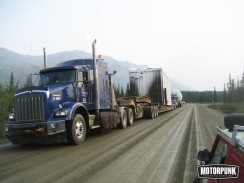 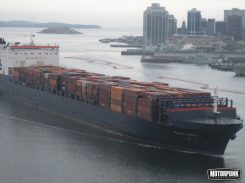 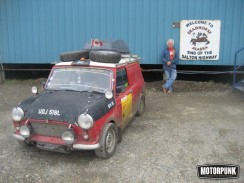 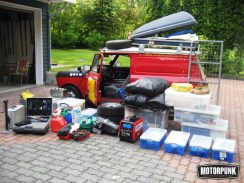 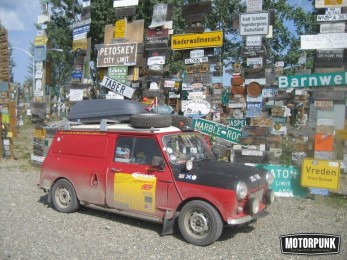 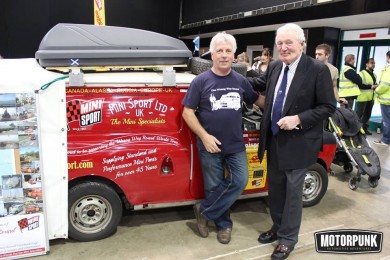 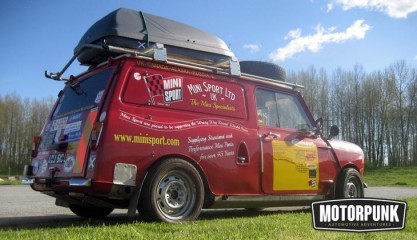 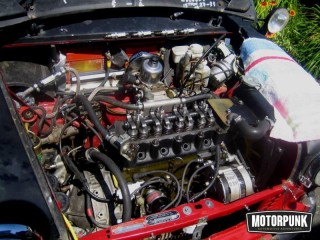