Considered to be the most brutal stage of the Tour de France, this extinct volcano previously hosted the most prestigious event on Europe’s motorsport calendar

Better known as the Beast of Provence thanks to its regular inclusion in the Tour de France, Mont Ventoux was branded by Lance Armstrong as the ‘toughest climb on the Tour bar none’, even after a bellyful of EPO or whatever it was he was doing. The 22km ascent of this 1,617 metre high spent volcano rises up from a patchwork of vineyards and lavender fields from the Rhone Valley, and draws legions of lycra-clad masochists from across globe each summer to follow in the tyre tracks of cycling’s greatest heroes, including Merckx, Pantani and Froome, who conquered this lung-spewing mountain stage.

There’s a popular ranking system used for cycling climbs dating back to 1950s that’s based, according to an oft-told cycling story, on the gearing of the Tour official’s 2CV; ranging 4 to 1, where the driver would have had to drop down to first gear just to keep crawling upwards. Mont Ventoux however, is ranked “Hors Catégorie” (beyond categorization) meaning the original 372cc two-cylinder ‘tin snail’, punching out a mere 14bhp, probably didn’t even make it to the top when the race first ran here in 1951.

While almost every sports fan with a passing interest in cycling knows about the Beast of Provence, far fewer folks know about Ventoux’s motorsport glory days. This began almost fifty years earlier when in September 1902, just two years after the gravel mountain road had been built, Monsieur Chauchard scrabbled his 13.7-litre four-cylinder Panhard to the summit in 27minutes 17seconds. In the days before Grand Prix, when motorcars were fragile, unreliable contraptions, hillclimbing was the best way for manufacturers to iron out reliability issues and showcase their newest machines to wealthy potential customers. At the dawn of the petrol age, ordinary motorists generally avoided steep gradients like the plague, planning their road trips around lumpy inconveniences like Mont Ventoux. To voluntarily charge an underpowered prototype up unguarded mountain roads, with skinny tyres and crappy brakes only fitted to the rear, was one hell of a spectacle, requiring drivers with huge skill and even bigger couilles. 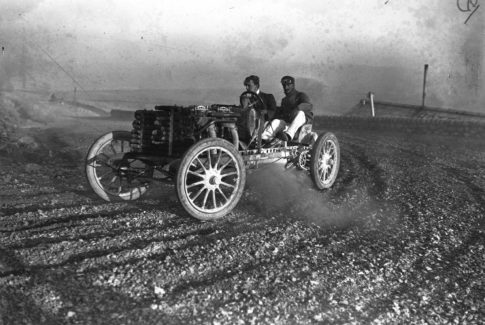 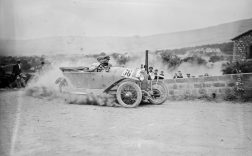 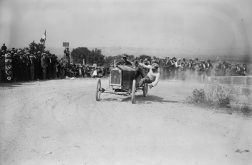 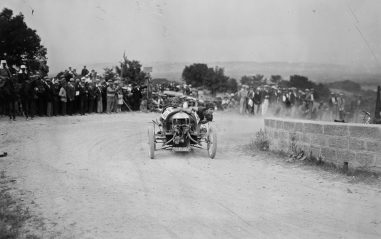 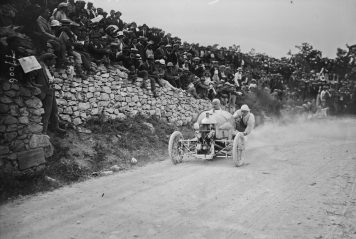 By the 1930s the Mont Ventoux Hillclimb was the most prestigious event on the motorsport calendar and big factory teams, including Alfa Romeo and German ‘Silver Arrows’, began to dominate. In 1934 the hillclimbing legend Hans Von Stuck took the title for the Fatherland in one of the most heroic displays of wheelmanship ever seen, power sliding his 550bhp supercharged V16 Auto Union Grand Prix car to the barren treeless summit in under 14minutes and kicking up an enormous plume of gravel, dust and tyre smoke that could be seen from the valley below.

Gordini, Porsche and Ferrari had good spells at Ventoux in the ‘50s and ‘60s, but by the 1970s serious competitors campaigned in modified Formula Two single-seaters, with British garagistas at March Engineering supplying the winning entrants in 1972 and 1973. However, as so often happens with historic motorsport venues, the two opposing forces of speed versus safety eventually collided. Cars like the Ford-powered March 722 were summiting in less than 10 minutes, averaging the course at nearly 140km/h compared to the 47km/h of Chauchard’s Panhard just seventy years earlier. As the race’s prestige and interest in hillcliming began to wane, officials could no longer afford to pay for the 400 Gendarmes policing the course, track marshals and medical teams. The last hurrah in 1976 was over a shorter 15km course, won by another March single-seater at an average speed of 149.2km/h. Apart from the occasional revival meeting or closed rally stage Ventoux’s motorsport heritage is now largely forgotten, eclipsed by its cycling status. But, if you look close enough there are still some remnants of those high-octane golden years. 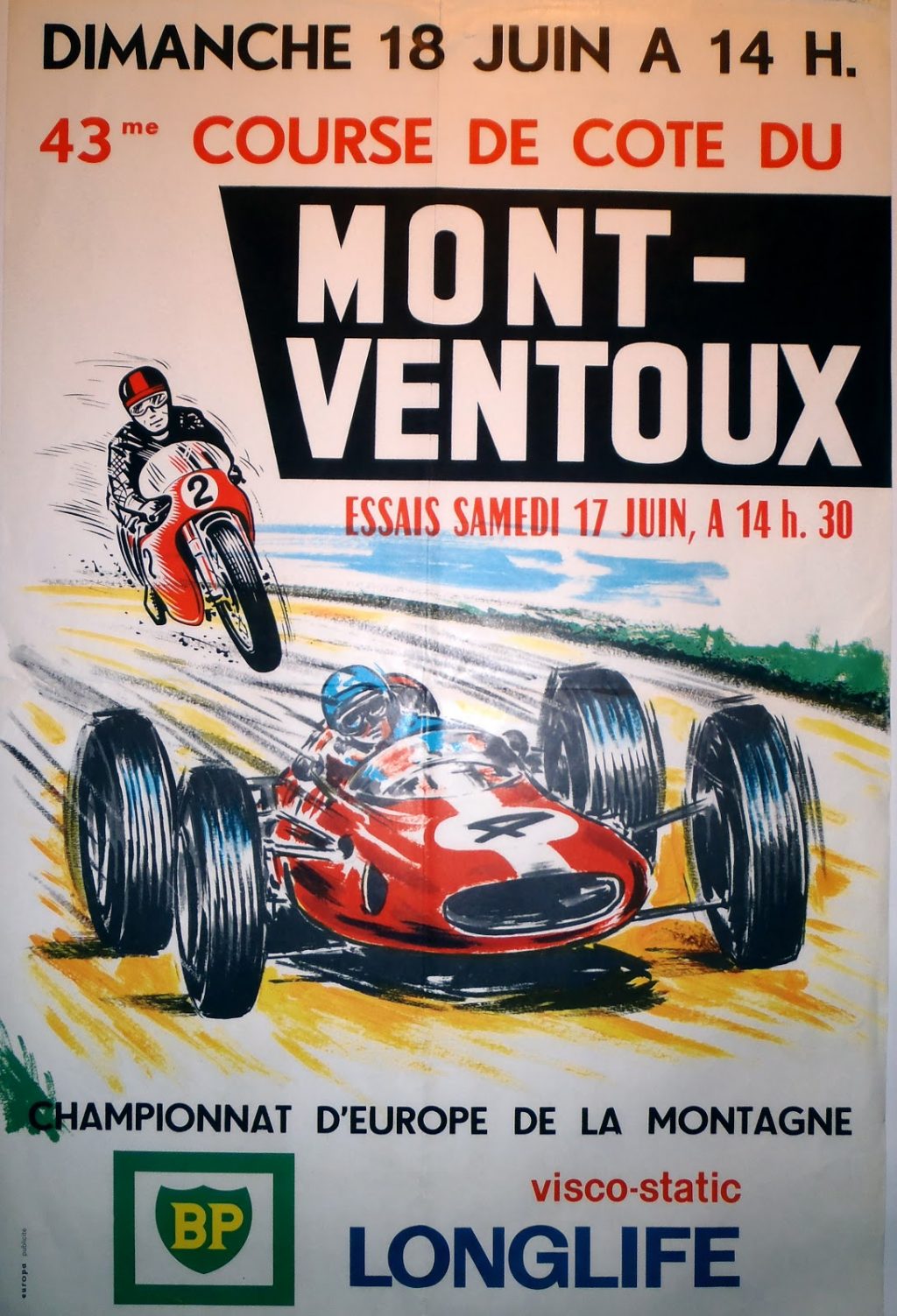 Nestling in the bowels southern France, it’s quite a schlep to get to from the UK. Your best bet, if you want to experience it for yourself, is a cheap flight to Montpeller (or even the Eurostar that gets you a bit closer via Avignon) and hiring some budget French runabout; a shagged-out Citroen C1 might actually be an interesting experiment to test the climb grading story, and give you some newfound respect for chaps like Chauchard too, probably? From the official start line in Bédoin the road rises steadily into the shade of the Beech Wood where old green and white kerbstones can still be seen on the apexes as the D974 hairpins through the trees. Beyond here the vegetation begins to dwindle as you approach Chalet Reynard, a restaurant usually heaving with clammy pushbike enthusiasts and the site of the former hillclimb crossing point. The unusually wide hairpin near here was once a deep, banked concrete bowl, much like the Nurburgring’s Karrusel remains today.

But it’s the final third above here that’s the road trips real highlight: weaving between parched white limestone and lined by tall black and yellow snow poles, the road climbs the last wind-blasted section (averaging 10% over the last kilometre) towards the red and white TV mast at the peak. Just below here lies the memorial to the British cyclist Tom Simpson who died of exhaustion and dehydration during the 1967 Tour de France after collapsing at this spot, still clipped into his pedals and carrying a water bottle full of brandy and two empty tubes of amphetamines in his back pocket. 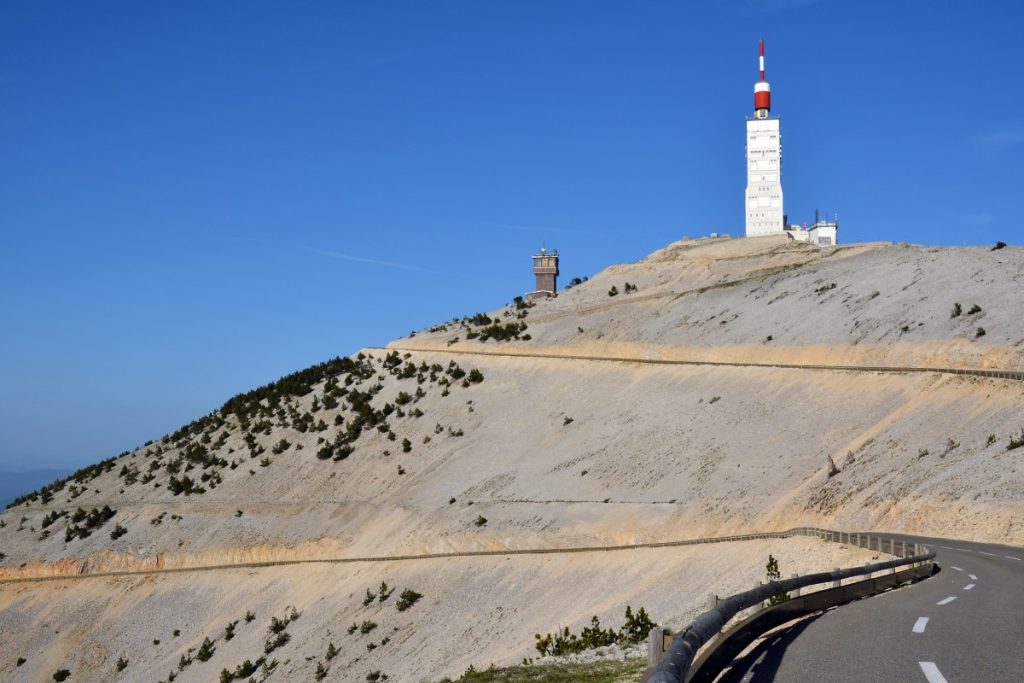 If the weather is kind, you (and probably a gaggle of smug-looking sporty-types with calves like canoe paddles) can drink in the gobsmacking panorama from the summit, across the mountain’s lunar landscape, down towards the vineyards of Provence and the Mediterranean coast beyond. If you are lucky you might see some interesting camouflaged prototypes being road tested up here too, as this punishing hillclimb is still used by Group PSA engineers to shakedown their latest vehicles and unearth any build quality gremlins. I doubt the CCTV footage still exists but it would be interesting to see how many members of Peugeot’s QA department in the ‘90s skipped the final and most testing stretches up Mont Ventoux, preferring a long boozy lunch at Chalet Reynard instead? 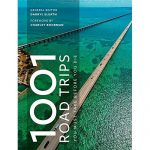 Want to know more about Mont Ventoux and other road trips in France? Check out our epic tome 1001 Road Trips to Drive Before You Die (2020 Edition).