Don’t get me wrong, I know £25k is a lot of lolly. However, with the top spec mk4 MX-5 now at the same price point as a lightly used Moggie Three Wheeler it’s an interesting conundrum as to which you would have if you were in the market for an open topped little plaything. We’re massive fans of both the MX-5 and the M3W, as regular readers will already know, but for very different reasons. 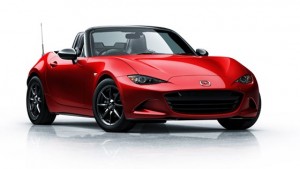 My own mk1 1.6 MX-5 is an absolute shed to look at: the panels have more ripples than a Junkers Bomber and micro-blisters that are slowly growing into open rusty sores. I’ve also completely ruined the ride with a £200 set of eBay coilovers – I’ve driven pallet trucks with better damping. But it doesn’t matter. It’s still an absolute joy to drive and because it’s so slow you can drive the thing at ten-tenths everywhere looking out for slightly gravelly junctions for a cheeky spot of gratuitous oversteer. I’m certain the new car will have lost none of its back-to-basics driver involvement – chums who’ve been lucky enough to test it all say its lost none of its charm.

However, the Morgan Three Wheelers we’ve borrowed from the good folks in Malvern, are very different beasts. Buyers have bought into a bit of well-crafted English eccentricity; it’s impossible not to smile at a Moggie Three Wheeler whenever you see their happy owners thrapping along; people salute you, wave you out of junctions and even bikers give you a respectful nod thanks to that Harley V-Twin thumping away up front. Nothing turns more heads than a M3W, and if that’s important to you then this conundrum is a no brainer. The obvious up sides to the sensible Japanese roadster are clear … but come those twilight years, how many people look back and wish they’d been more practical? Certainly not these French loons at Braquages.