There were many interesting sights to be seen on our recent one-way roadtrip to Africa in BL cackboxes, sadly not many of them captured on film as aiming a camera invariably resulted in the delightful locals screaming “NO PHOTO NO PHOTO NO PHOTO F*CK OFF!” I did, however, manage to take a few sneaky, low quality snaps in the rain of the transport in Morocco. There are many reasons why you might purchase a French car but reliability is not usually one of them so we were surprised to see so many on the road (and roadside) up the ugly end of Africa. 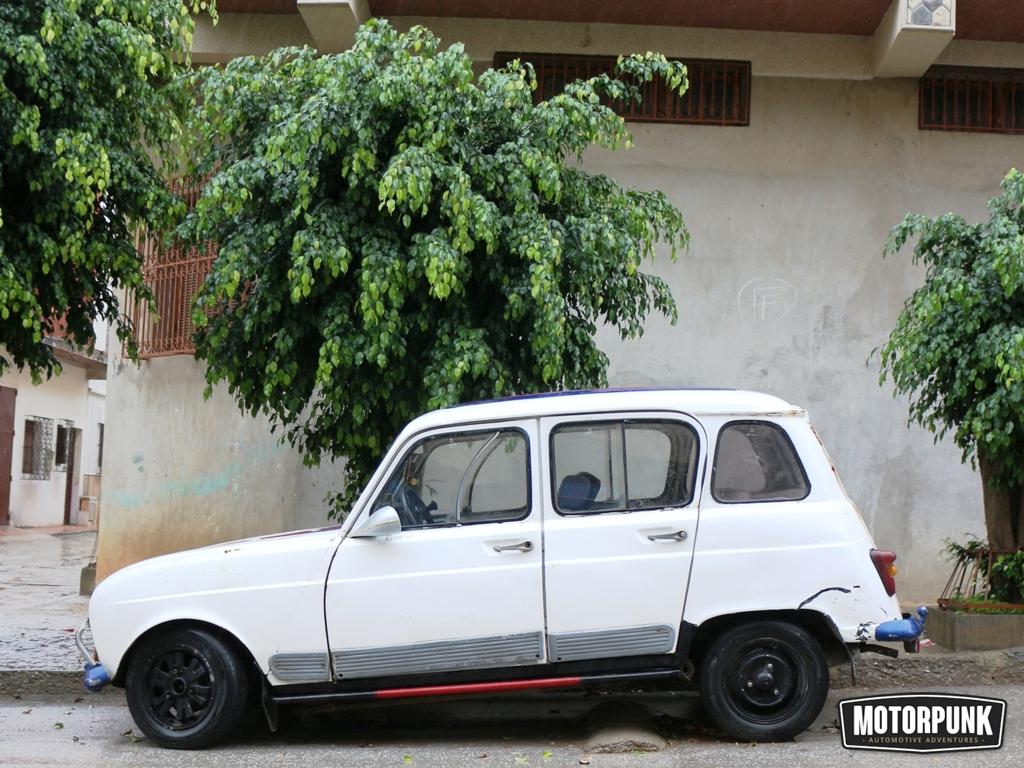 The Renault 4 was manufactured in Casablanca which might explain their presence and the Renault 12 is a simple machine to keep running in the 3rd world, but a luxurious (and hideously complex) Renault 25 only really makes sense in Paris. When did you last see any of these in the UK? I particularly like the picture below of an owner fixing his 3 wheeled Renault 25, flat on his back in a puddle, with the missing wheel holding the body up as he spannered away, cursing in Arabic. There were quite a few Renault 5s too, mostly dead, and many Peugeot 205s including what looks to us like a tidy Gti snapped in the street outside our hotel. 205s were popular as taxis there but not as popular as W123 Mercs, rammed with passengers and spewing pollution thicker than soup. 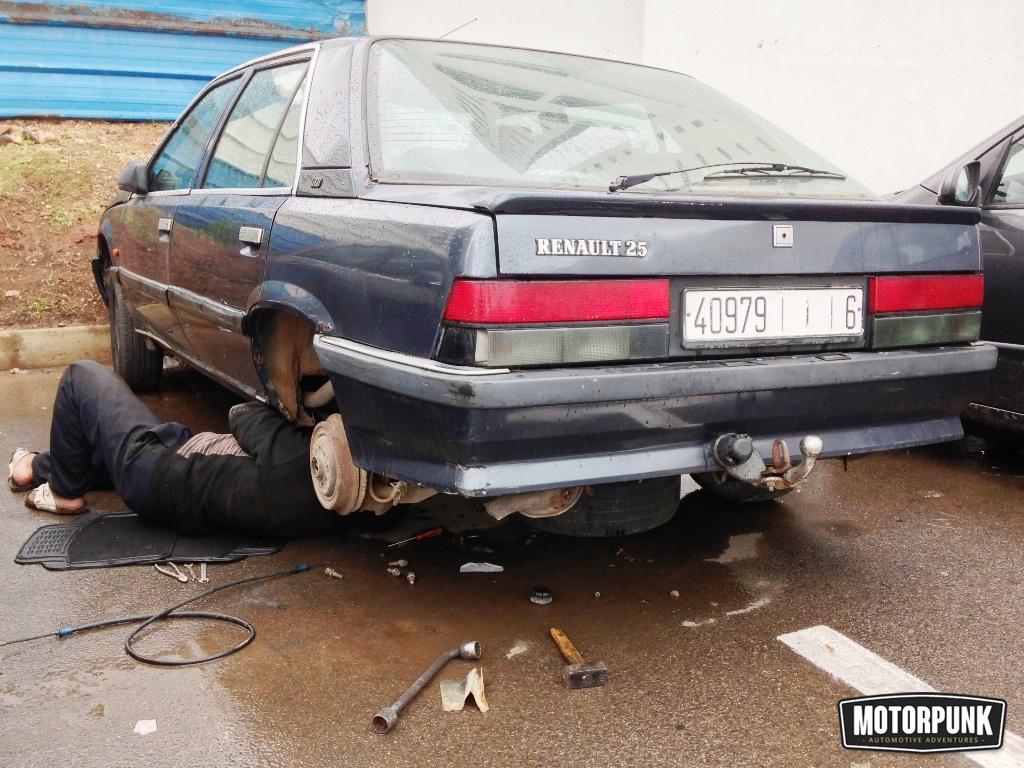 In the countryside were many donkey carts. I discretely photographed one but the rider saw me and went a bit mental and engaged us in the most pathetic car chase ever as he pursued our 998cc Metro at a canter, shouting insults. There were many ‘Dockers’ too, a cut ‘n’ shut affair, half moped and half pickup truck, plus modified vans and old Volvo trucks overloaded with unhappy lifestock. Morocco was a rather unwelcoming place so we didn’t ask what happened to the owner of the British plated G-Wagen pictured abandoned in a yard in Asilah, reg plate ending in –MUD. Perhaps he should have taken something French. 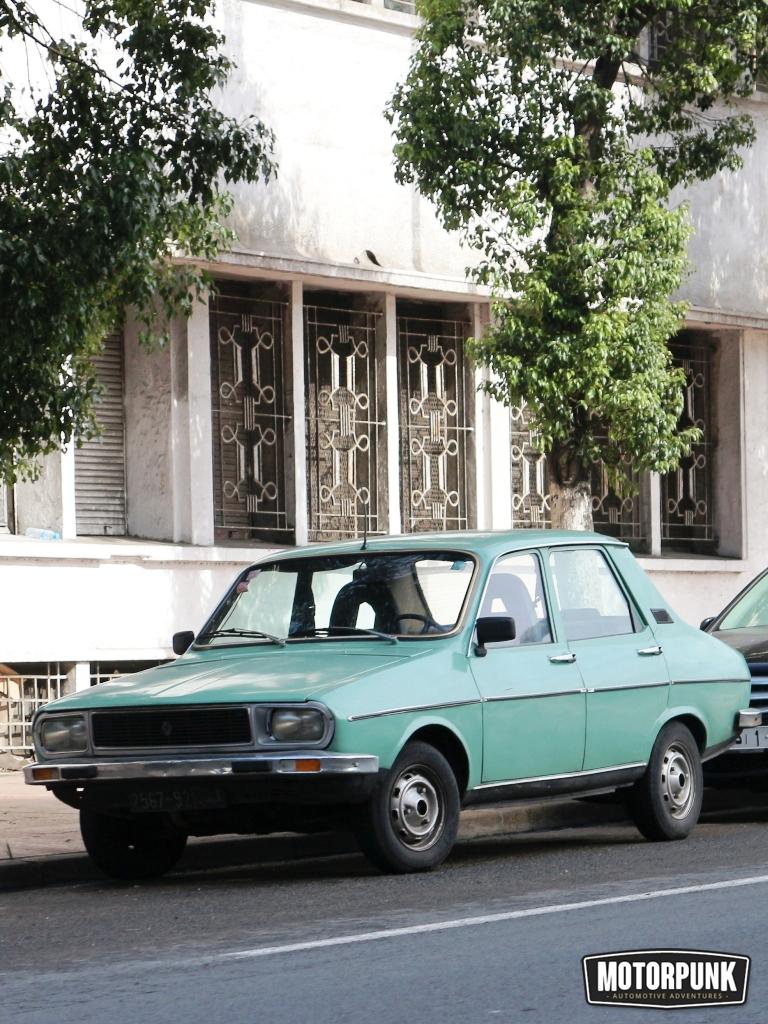 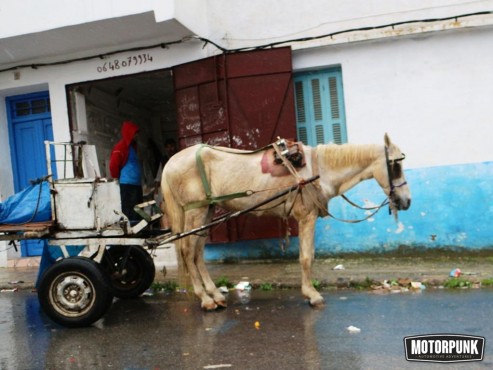 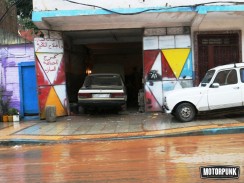 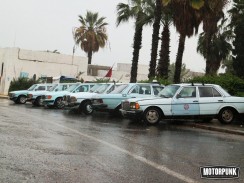 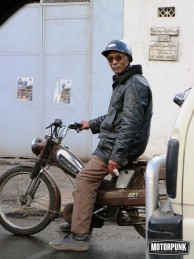 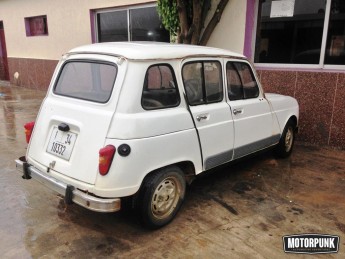 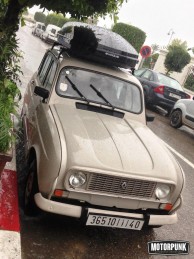 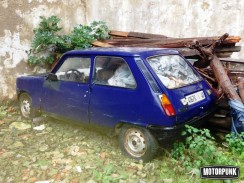 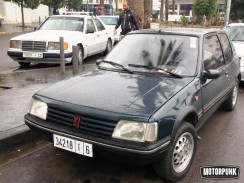 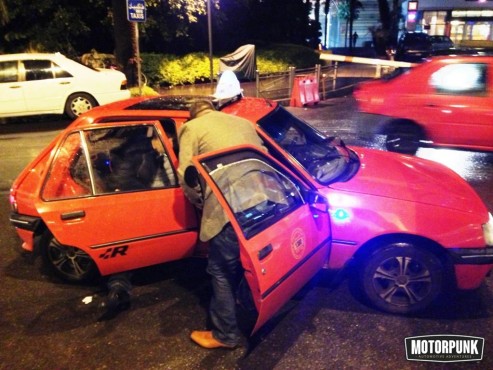 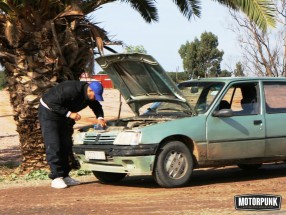 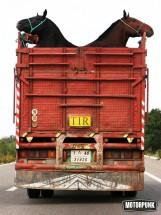 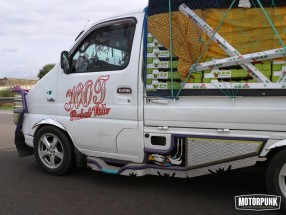 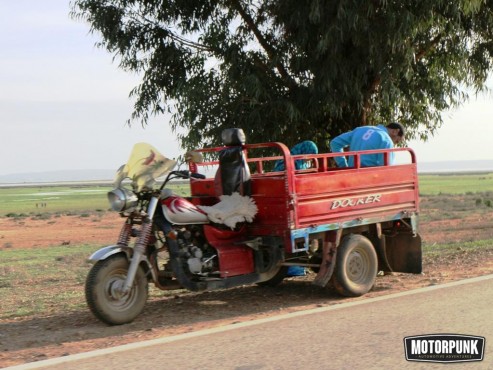 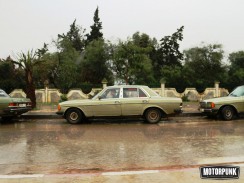 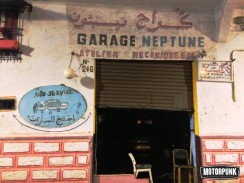 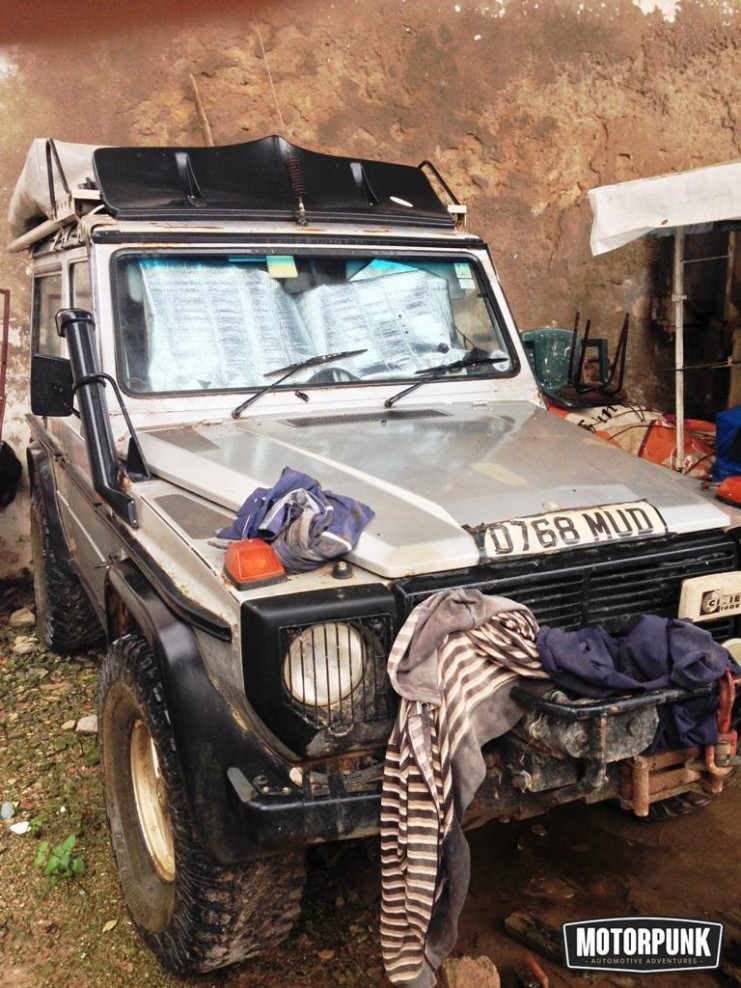