Dr Octane and I were fortunate enough to be given the keys to an Aston Martin Vanquish Volante for a rather special film we wanted to make, together with the chaps from XCAR. This is the story of how we did it. Firstly I ought to say that if you want to read a serious Journo’s opinion about the big Aston’s improvement in torsional something or other over the last model or how many grams the carbon fibre splitter saves then you might want to click ‘x’ and buy a copy of Evo. Similarly, if you want to watch cameraphone footage of Arabs showing off in one in Kensington, go and find Schmee’s channel. MotorPunk is about automotive adventures. Here’s what we got up to when filming…

Collecting the car from central London we went to Hackney Mortuary where the first scene was to be filmed in the dark. This meant hanging around a graveyard while the various colourful characters of Hackney were politely shoo’d away from the car and XCAR’s Nick’s expensive stack of camera kit. As usual we made a hash of the script and did it off the cuff instead. We then had to roar the V12 enthusiastically around the graveyard. At 2am. Someone opened the window of the morgue and brusquely told us they were trying to sleep. “Are you human, or zombie!?” asked Dr O. We left to film the next sequence around Vauxhall bridge. 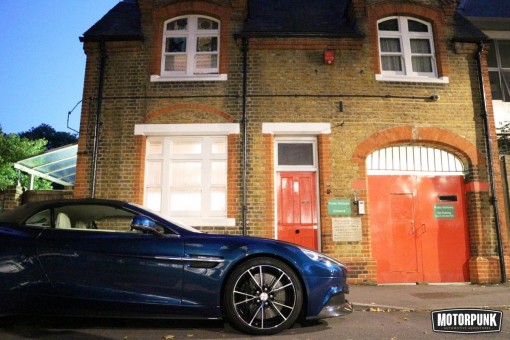 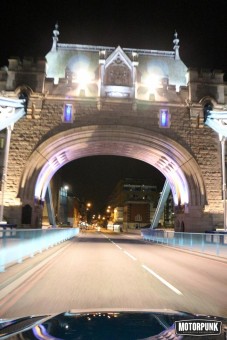 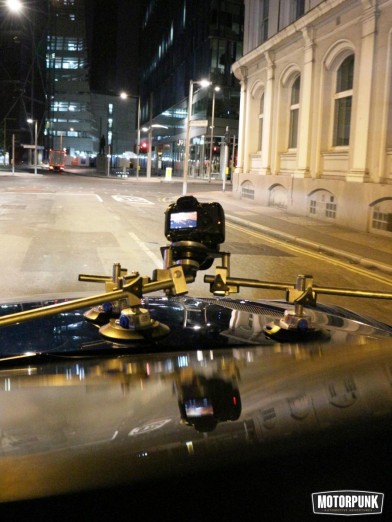 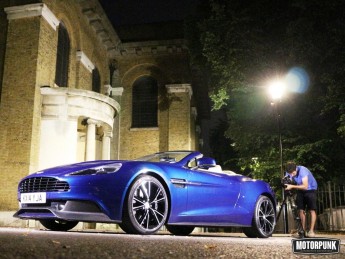 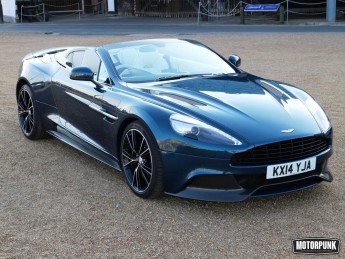 Alex from XCAR arrived to pilot the camera car. Nick sat with the boot open and filmed out the back with one hand while giving me, the driver, directions. Most of these seemed to instruct me to drive like Ronin. On an airfield or track we can manage this no problem but at silly o’clock with cameras and police everywhere in a city that never sleeps it was hard work. Yes, I know, showing off in an Aston shouldn’t be hard work but the consequences of an accident with however many BHP’s and Nm’s (please refer to Evo) this magnificent car has don’t bear thinking about. The 2am audience were in two camps; “I say! This is a bus lane!” nightshift cyclists and “Oi! Mate! Rev it!” oiks with cameraphones gawping at us thundering past. They’d love Schmee. There’s more to this car than showing off, though.

After a few hours sleep in the daytime we met to film at what we pretend in the film is Scotland at dawn but is actually England at dusk. We had Chatham’s atmospheric historic dockyard to ourselves. I can’t multitask at the best of times so the Aston’s autobox meant gearchanges were one less thing to worry about when driving amongst ships, anchors, cranes and other obstacles in the pitch black. Also, the centre console was filled with a large lamp to ensure viewers get to see our gnarled chops when presenting. We got miked up, wires everywhere, transmitter box thing in the footwell and Dr O (number two driver this time round) held a lamp and what was left of the script. There’s also a camera mounted on three large brackets on the bonnet and a camera in your face big enough to hide a destroyer, although it feels like the destroyer would come off worst if we hit it with the Vanquish in the dark as we rumbled around. There’s a sinister air to the film and the location was perfect, it’s a story of wartime subterfuge and of one of Aston’s great heros doing something quite incredible. The final scene shot in the Ship & Trades pub puts an amusing twist on things, the car was mobbed in the carpark. “No, it’s not mine. Yes, we’re filming a documentary. No, you can’t have a go. ” We had a few hours nap, then back to London. I suppose we ought to say a few words about the car, then. 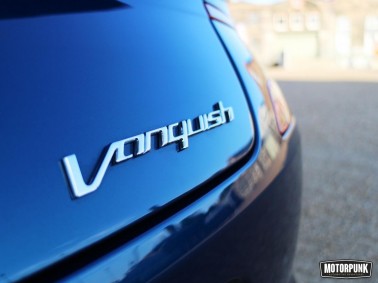 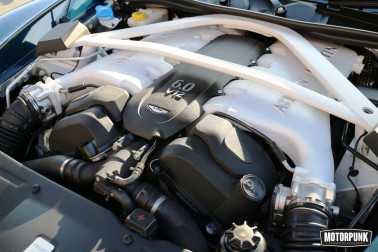 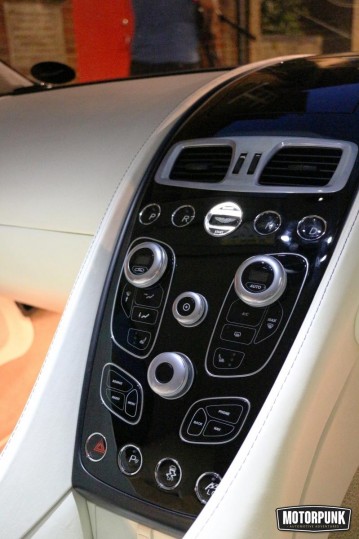 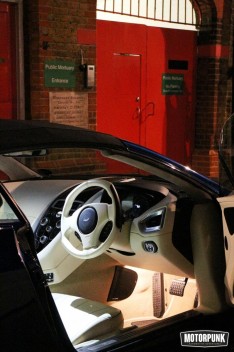 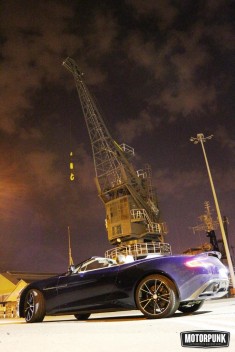 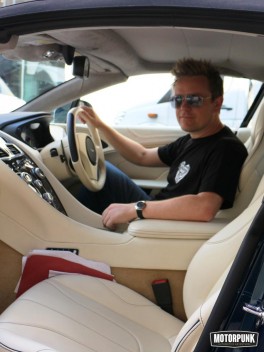 The Vanquish Volante is a spectacular machine. Unpainted carbon fibre details, an exhaust note that Elgar himself could have composed and enough power to make the encumbrance of an autobox an irrelevance (I’m a manual man). People love this car. They know what it is. The iconic lamps and grille, the broad silhouette that is familiar from most angles and a lifestyle brand that so many aspire to. I was quite glad to give it back when we’d finished with it though. It did [a very small number] MPG on our trip and when I kerbed a wheel I was nearly sick with worry into the cream leather glovebox. But, my word, I did enjoy making our film with it. We loved the 572 horses even though it would probably be cheaper to keep 572 real ones. The power is astounding, a normally aspirated V12 in a world of hybrids, diesels, and dullness. Thank you, Aston Martin.

The film will be out in a few months and we hope you enjoy it. It’s a tribute to one of Aston Martin’s greatest heros, filmed with the Vanquish, one of their greatest cars. The shop dummy and the submarine? You’ll have to watch to find out what that’s all about.