A couple of years ago I came across the story of Captain Albert Ball; WW1 fighter ace, fellow Morgan pilot and local hero. In conjunction with CBS’s XCar channel I did some research, then made a little film telling the story of his life. It was one of our earlier film efforts. It widdled down with rain (so excuse the quality) but you can see it online here. Last year we returned with a few friends in M3Ws and then made a film for TV which was shown almost 200 times all around the world to a combined audience of 9.5 million viewers (I am told). There’s a hooky copy of the TV film uploaded here for those who missed it. This year I happily passed the baton to Ian and Chris, two brilliant Morgan enthusiasts who have done an infinitely better job of organising things for this year’s trip – on the 100th anniversary of Ball’s untimely end. More info on the event can be found on the excellent Talk Morgan forum here. The event was great fun – raising funds for charity, remembering an important part of our history and enjoying “the closest thing to flying without leaving the ground” – the Morgan Three Wheeler.

A short, sharp blat from Calais M3W from all over converged in Northern France. We went via Le Touquet, satnav provided by a mobile phone held to the switchgear with elastic bands. Morgan piloting = improvisation, usually. All exchanged natter about their cars; the waiting list, the quirks of ownership and above all – the joy of blatting along on a sunny day in such good company. 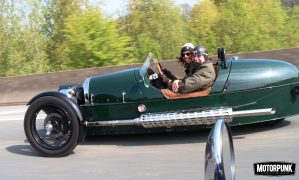 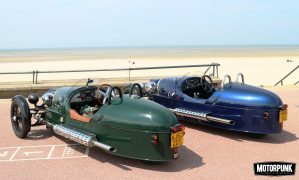 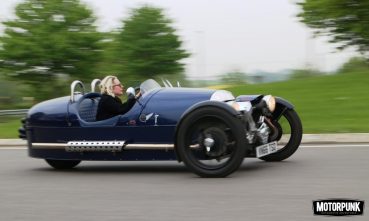 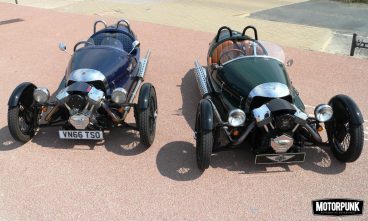 Staying near Saint Omer on Saturday night we enjoyed a dinner, a jovial speech and perhaps a few too many drinks, ostensibly to rid our palates of snail. After an early start, Mark laid a wreath at the crash site and said a few words on Captain Ball, 100 years after his demise. From there to the Albert Ball school who warmly welcomed all, the cars being a highlight for the many children who attended. It seems everyone want a selfie, hashtagging #MorganAdventure. 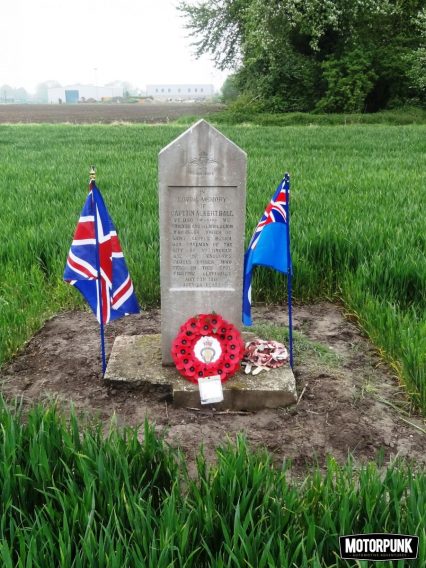 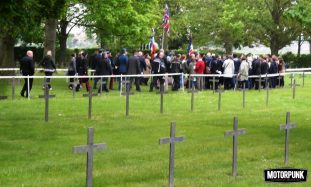 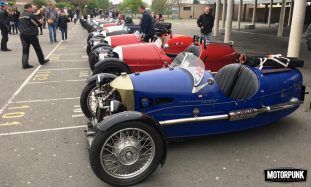 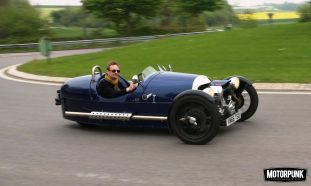 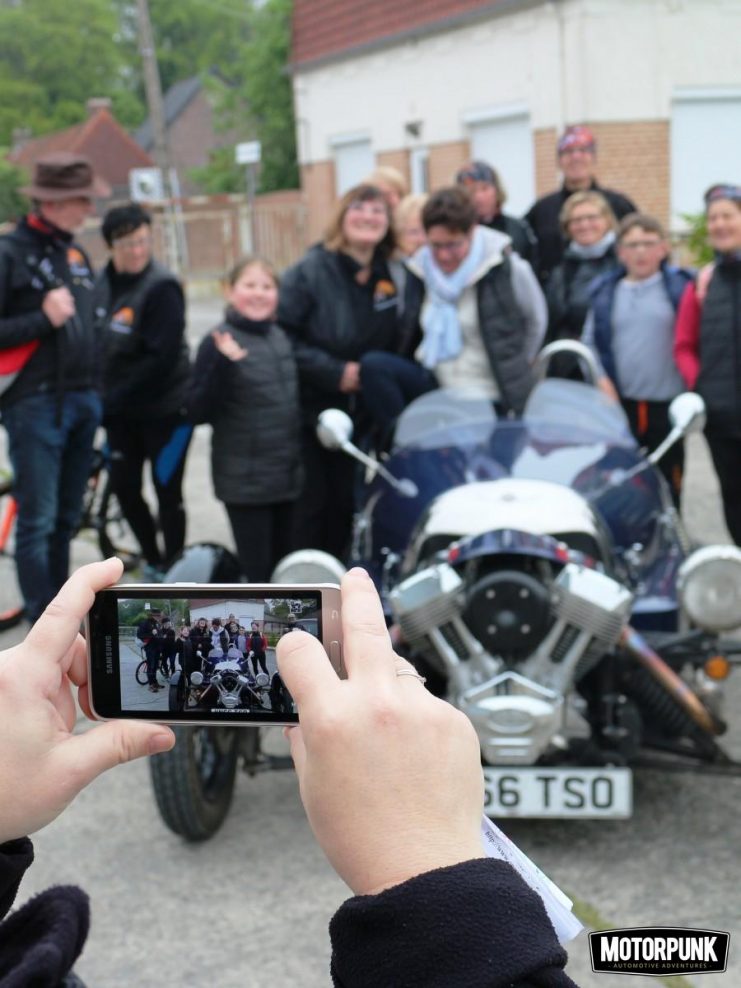 We went via the airfield where, depending on which version of events you follow, Ball departed on his final flight. We had visited last year and liked the ambience; Old planes, eccentric Engineers, French aviators and an open-all-hours bar makes for a must-see site. There, also, is the ‘Per Ardua Ad Astra’ stone to salute our air force. A suitable backdrop for a few pics. And opposite, something less sombre – “feeling free” graffiti on an old hanger wall. 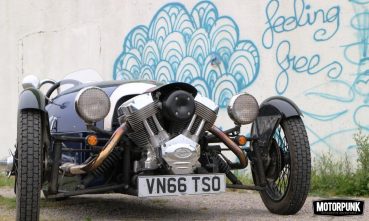 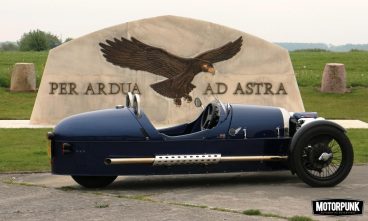 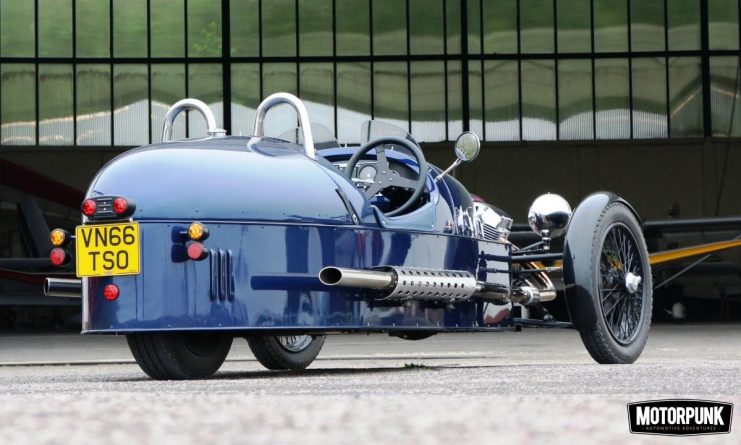 Only after I had taken these pics did I notice the blue spray paint covers an older red/pink ‘FN’ graffiti – Front Nationale? I rather liked the happy optimism of the newer message, it seemed quite fitting. Macron beat Le Pen in the election the following day. 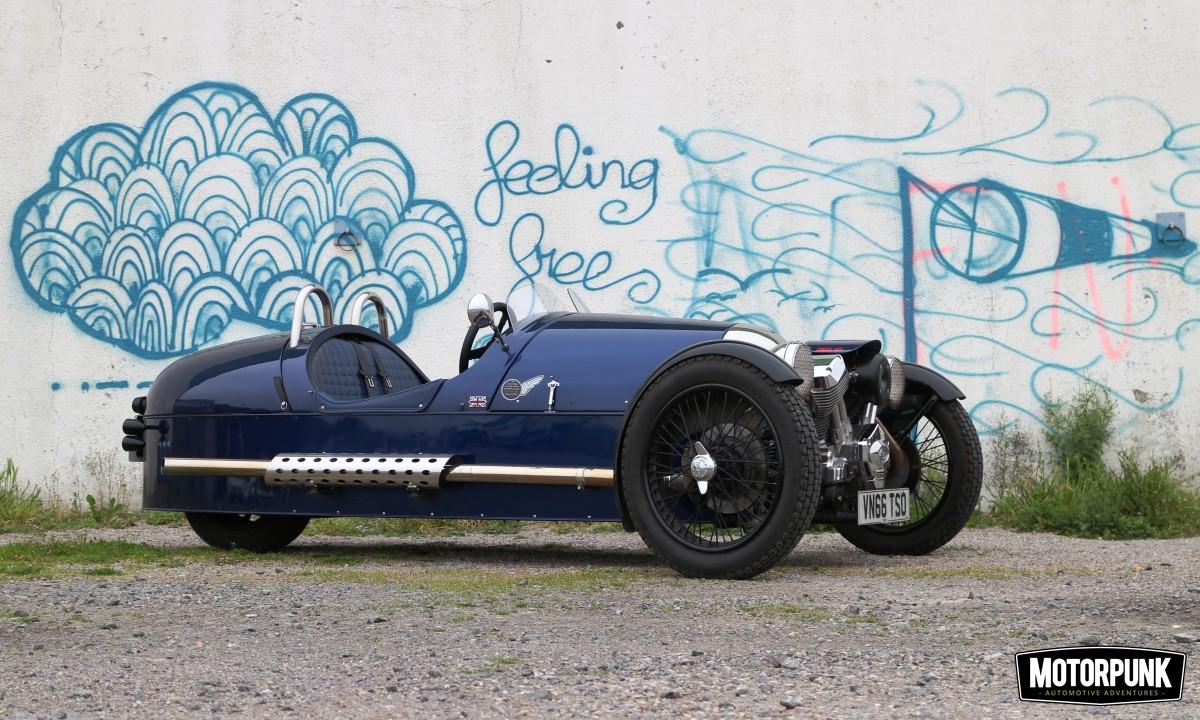 And then the run home, chasing the setting sun west, back to Britain. At [large number] MPH you tend not to monitor pursuing traffic. The M3W is so noisy at such speeds your focal point narrows to a spot where you want to place the car. You’re aware of what might stray into your path, where you should put the car in the event of something sticky occurring, but, really, there’s little point in worrying about things catching you up. You might imagine this is going to lead to a story about the Police, but, no, it was this pair of loons who unexpectedly  zoomed by us; 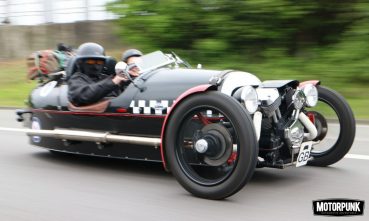 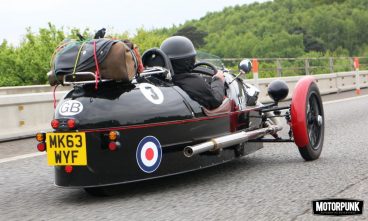 Thanks to Mark, Chris and Ian for their hard work in bringing so many people together, successfully, for this event. A fitting tribute to a fellow Morgan enthusiast, Captain Albert Ball. There’s more on Captain Albert Ball in this little book on Amazon. Albert Ball VC: Fighter Pilot Hero of World War I