No, it’s not the name of a very long pub crawl, nor a gripe about the length of Dutch traffic jams. When the nights are long and dark, and the historic streets are clear, competitors in pre-war cars enjoy The 100 Miles of Amsterdam rally. 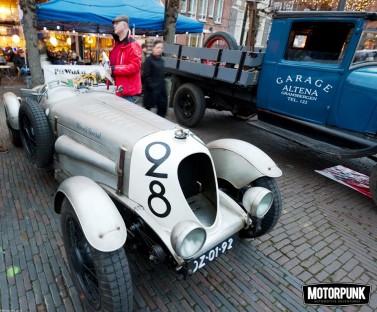 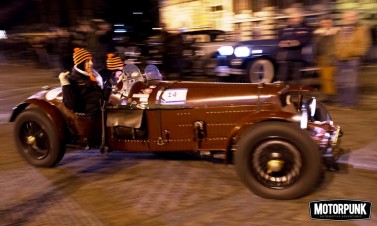 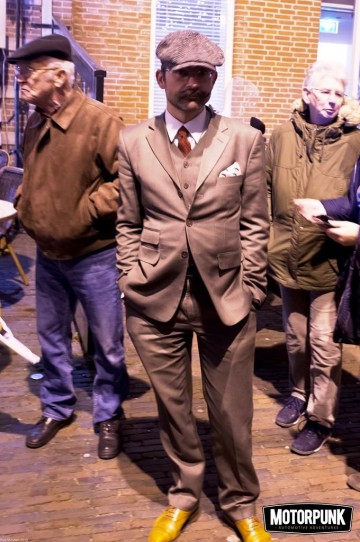 Amsterdam is a city of many pleasures for a chap, but driving is seldom one of them. For example; Gin, as we Brits know it, is apparently a Dutch invention. On previous visits I’ve happily ruined my internal organs drinking ‘Geneva’, as they call it. Then there’s brown cafes, fumy old boozers with loud locals and a pints of gassy Amstel. You may as well immerse yourself in this, not just because it’s entertaining, but because there’s usually little fun to be had on four wheels here. I say usually… 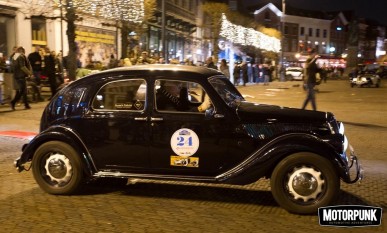 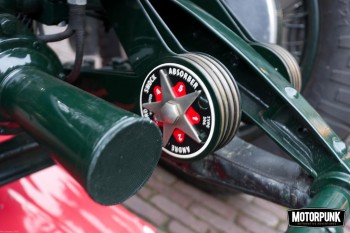 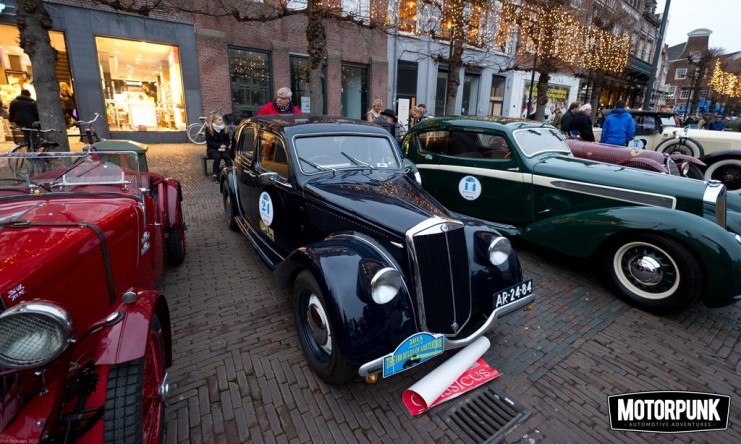 How lovely Amsterdam’s cobbled streets look at night. It’s not a city for modern cars but these pre-war machines were built for such roads. Narrow alleys, canals, swing bridges and the ridiculous insistence of foreigners to drive on the wrong side of the road all add to the atmosphere. Setting off at timed intervals, following a partial map and instructions calculated en-route from wayside markers, competitors navigate their way around town. The route has even compensated for The Netherlands’ lack of elevation (for it’s otherwise as flat as a Pannekoek) – an improvised ‘hill climb’ section takes place inside an historic Citroen garage. There are other interesting stops too, like at a private Alfa Romeo collection. 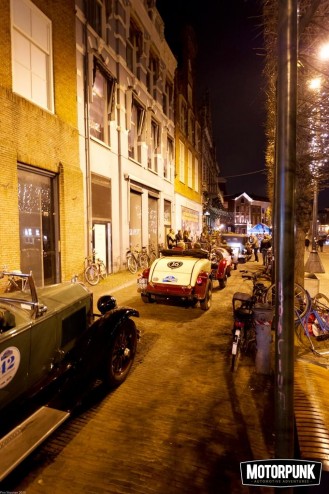 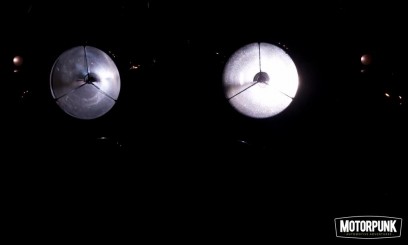 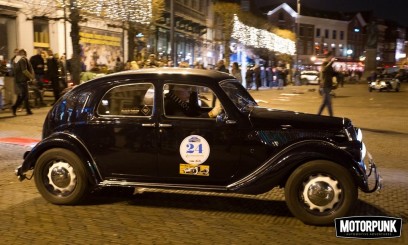 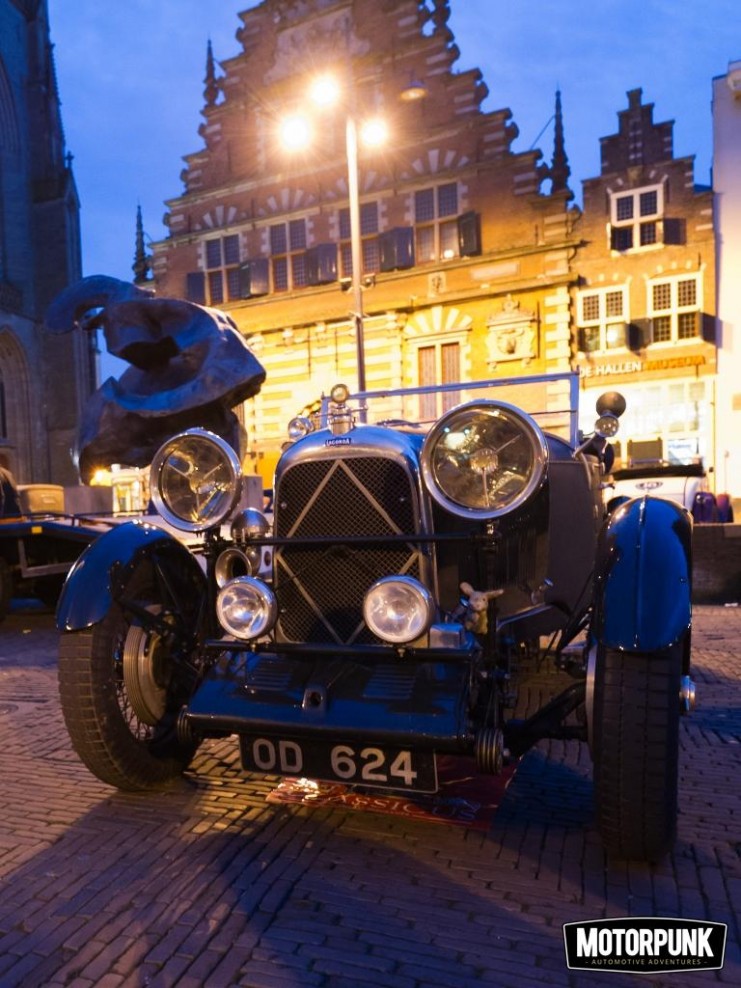 The organiser uses the phrase ‘sustainable environment’, but don’t click that ‘x’! The organisers are as equally irked as us ‘punks by the green twaddle peddled by today’s car makers. Their point, rather well made, is that these machines often have greener credentials than their modern, disposable counterparts. Today’s cars are almost all white goods of some sort. These vintage machines are around a century old, recycled many times already, from owner to owner. And if you remove the cats of modern cars you’ll find that the emissions aren’t that far away from their ancestors, either. I like this thinking. Let’s celebrate yesterday’s engineering with a noisy and thrilling charge about in the dark. 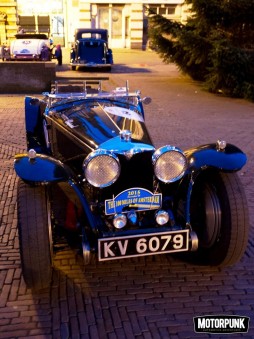 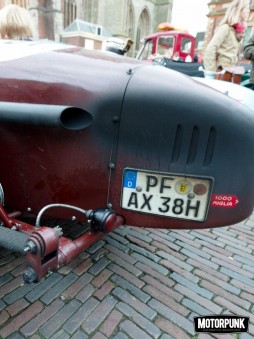 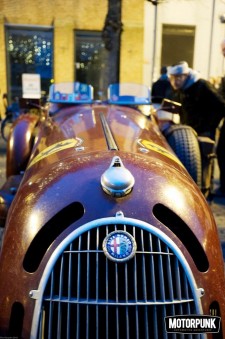 Penalties are imposed for teams arriving at checkpoints too early, too late, or being at the bottom of a canal. The winner of 2015’s event drove a Stutz straight 8. Also competing were Lancias, Triumphs, Bentleys, BMWs, Sunbeams and Rolls-Royces. Excuse the lack of model details. Hover your thing over the pictures for more info. Pre-war isn’t our usual area of expertise but these are fascinating machines and we applaud such treasures being chucked around the slippery streets in the dark just for the fun of it. Crews are mostly Dutch but I see a few Brits and Germans attended last year too. Drivers should remember to bring a riding mechanic, it helps to avoid a DNF and you’ll need someone in the passenger seat to translate on the fly. That’s easier after a Geneva, I find. 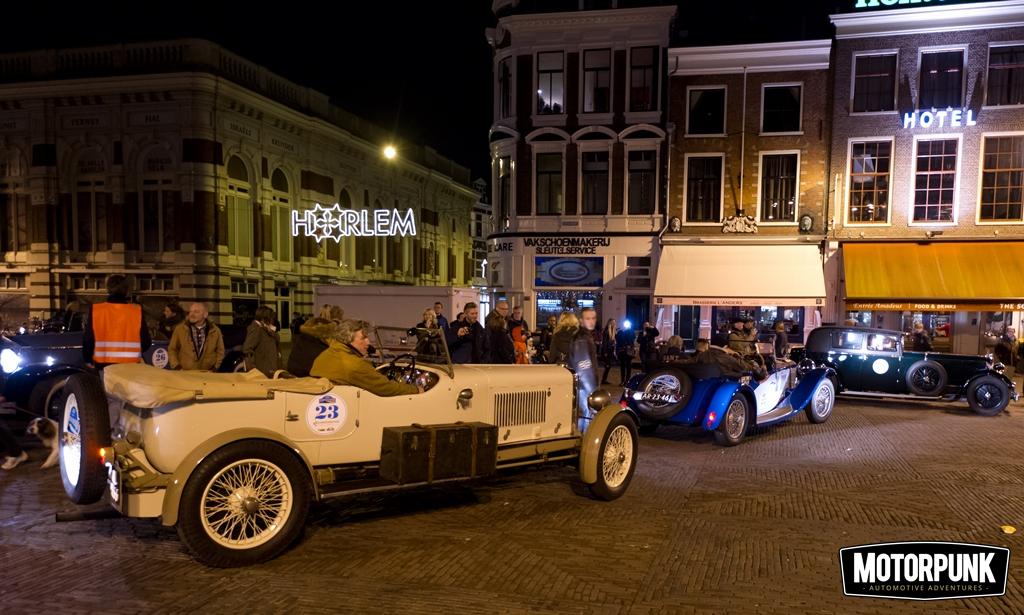 So, skating. Many years ago, following a lengthy evening of in-depth alcoholic research in Amsterdam, I was nearly run over by man wearing nothing but a thong, zipping along on roller-blades. If you don’t believe such a fruitcake exists, he’s still at it. See here. It seems like classic car drivers aren’t the only ones finding fun on wheels at night in Amsterdam. Avoiding the half-naked skater just adds to the excitement of The 100 Miles of Amsterdam. Perhaps we’ll see you there in 2016. 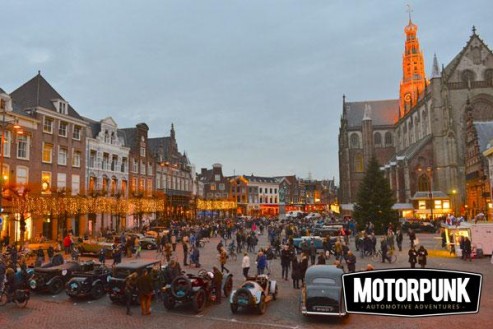 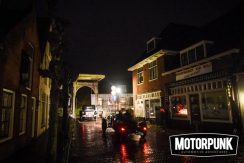 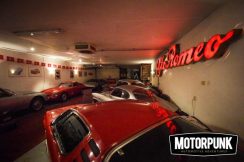 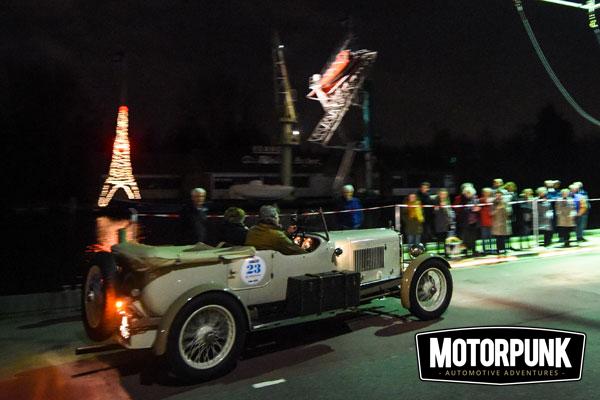 More information on The 100 Miles of Amsterdam is online here.

Thanks to Bart Kleyn, Pim Stouten and Wico Mulder for the pictures.