In 1921 a John J Bovy applied for a patent for a paper-rolling map device to aid drivers. All we have is the drawing below from his application and some Engineer-speak on how it was supposed to work. His was the first attempt at solving a long-standing problem for motorists (and, in his case; “Flying boat pilots”) – how to read a map on the hoof. His design never made production but here are some subsequent inventions that did. We love a bit of retro-tech. 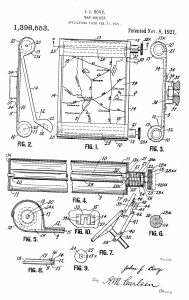 This (below) is the ideal antidote to the tech-heavy but style-bereft Apple iWatch. Called the Plus Four Wristlet Route indicator it is a tiny map on rollers, housed in a watch-type casing, designed in 1927 with the motorist in mind. They are exceptionally rare. This one is owned by the National Trust and comes with a set of maps covering many popular routes. Like all things retro you can forgive it’s hugely impractical design because it’s simply so ruddy cool. Steering whilst winding the route on and watching the road? Quite a challenge – but I’d happy get lost, or risk a car-ditch interface, for the pleasure of trying to navigate by this on my wrist; 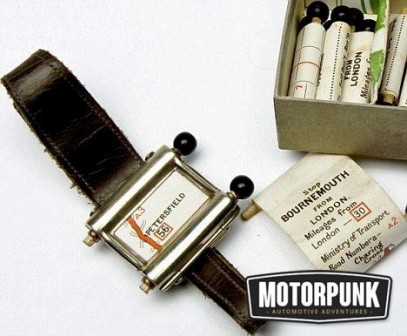 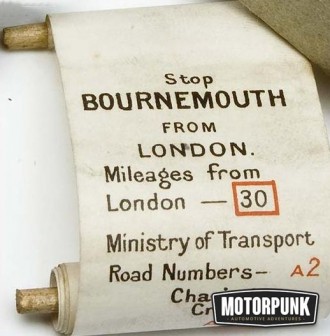 In 1932 Some Italian boffins at Inter-Avto had a similar rolling map to John Bovy’s but this one was actually wired to the car’s speedo, using a little motor to crudely advance the map at a speed to match the car. There’s some fun in the detail. The road shown is the one between Turin and Milan; It’s a Roman road – not one a motorist would be likely to get lost on anyway. It’s a beautiful thing and we’d happily nail one to the dash and see how fast we could get it to scroll along on the Autostrada before busting into flames. 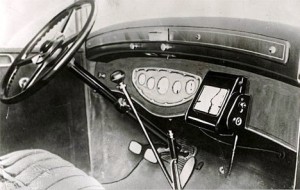 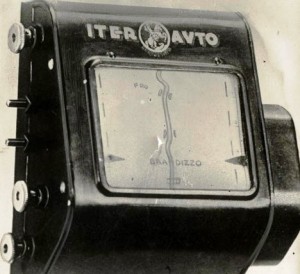 You may have seen this before but it’s marvelous and we make no excuses for showing it again here. This is the roller-box devised by Denis Jenkinson when he navigated for Stirling Moss on the ’55 Mille Miglia in a Mercedes 300 SLR. It automated his pace notes and helped him on to a famous win. We’re big fans of Jenks (see here for more of his antics), he transcribed the entire route onto 18 feet of paper to make this little machine, but actually his traditional pace notes were even more entertaining – he described corners as “saucy” or “dodgy”. Here he is (below left) with Merc moss Neubauer and Stirling Moss. 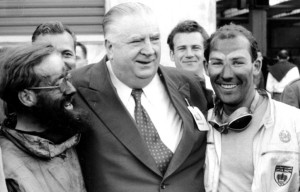 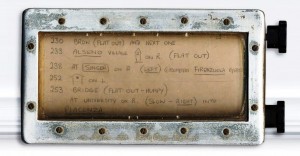 In ’81 things went digital with the Honda Electro-Gyrocator. It’s the kind of name that invokes thoughts of a futuristic single-seat aircraft but was actually sometimes found on the dash of Preludes and other up-market models from Honda, as a dealer-option fit. It uses a gas-rate gyroscope coupled with a tyre rotation sensor to calculate position and direction. The map is actually analogue – it’s a thin plastic sheet trapped in place over a CRT display, leading to alignment issues and eventual disorientation. I’d love to take one into a Honda dealer today and see if they could service it. 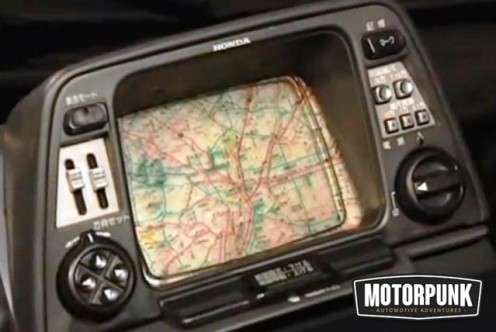 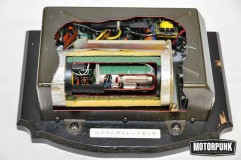 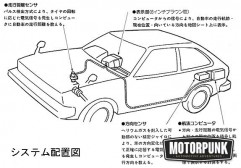 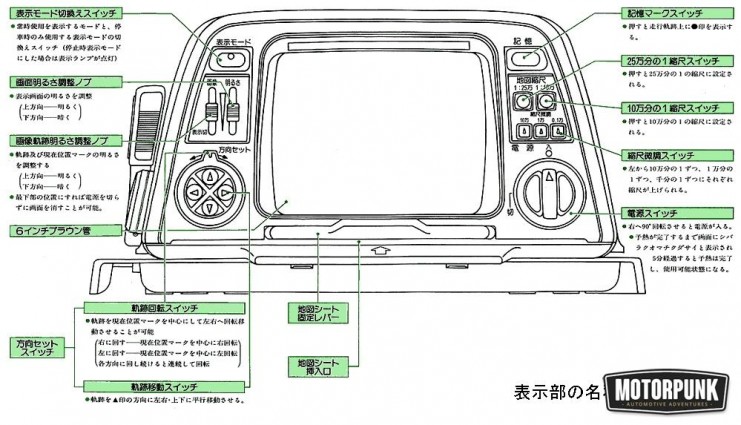 Satnav, as we know it today, can probably be traced to this 1983 motorshow concept idea from Ford. Called the Tripmonitor, it used satellites to determine it’s position to within 400 metres. The technology had the potential to be far more accurate, but the US military (who owed the satellites) wouldn’t let them have anything better. It was also reliant on being in range of a satellite, and (probably) having an operator with NASA training to work out what it’s myriad of buttons do. There’s potential for a joke here about the American military not getting to within 400 metres of their target for those less generously disposed to our colonials cousins than me. 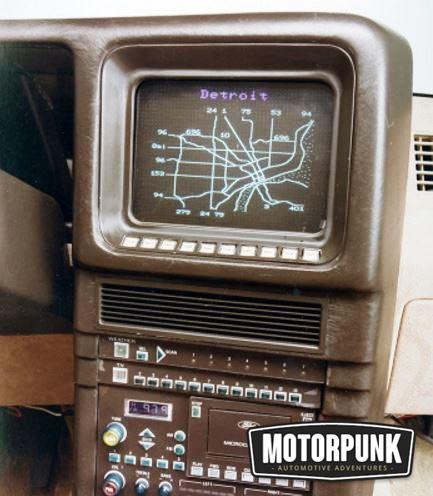