During one MotorPunk feature earlier in the year, where I got the chance to pilot the venerable old Tiger Moth, my co-editor Richard rather had his nose put out of joint. As our flustered photographer got us to pose in front of the biplane, dressed in old RAF flying suits, I was inadvertently referred to as “the Main One”, since I’d been lucky enough to fly it, while Rich was issued with an NCO’s forage cap and was directed towards a squadron-sized tea urn. This had rather smarted with my chum who had quietly, in typically British fashion, said nothing at the time and just let this sleight simmer and fester. That was until we arrived at Snetterton …

Earlier in the summer MotorPunk had caught the eye of some of the chaps in Toyota GB’s PR department. After a brief bit of banter via Twitter regarding our regular MSFTP slot we were kindly invited to try out the new GT86 on track at the final round of the Toyota Sprint Series at Snetterton. Well, how could we say no? We’d wanted to cover sprinting for some time now and we were going to get loaned a real RWD drivers’ car to boot! 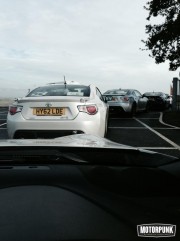 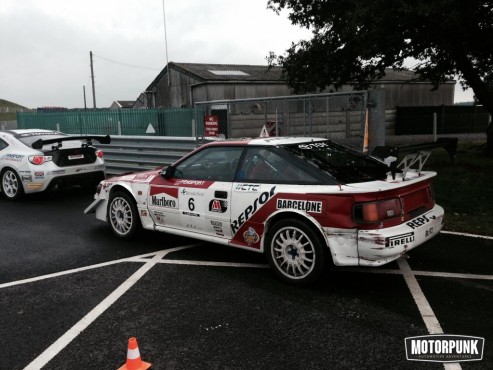 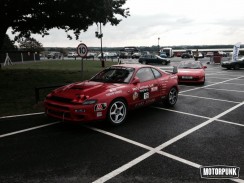 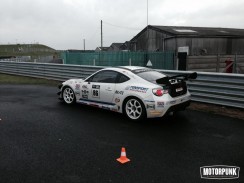 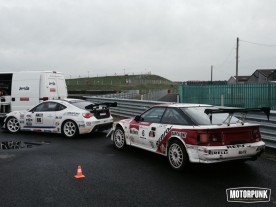 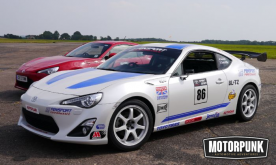 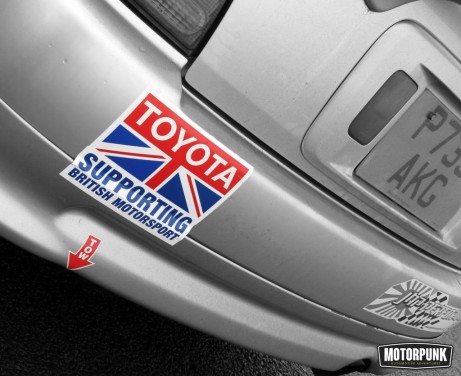 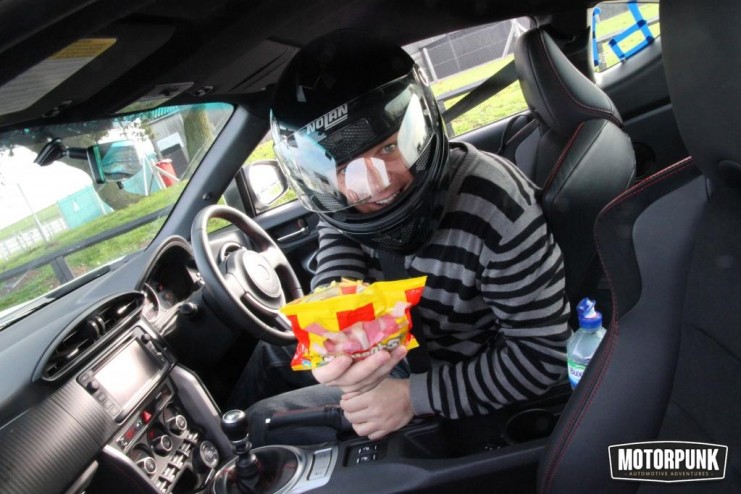 The organisers have designed TSS to be an affordable first step into motorsport for Toyota enthusiasts. It’s designed to be as safe as possible, whilst providing adrenalin-pumping excitement and technical challenge for drivers of all levels; from complete novices to professional wheelmen, everyone is made welcome. All runs are against the clock with thirteen classes covering a wide range of motors from completely standard road cars to the highly modified time-attack specials, TSS has something for everyone, with cars in excess of twenty five years old cars being joined by showroom fresh models like our press car. Also on offer is TSS’s “Class X” which is specially designed to allow drivers of non-Toyota cars to compete. Entry cost is a very reasonable £125 per round and entries are limited to a first come first served basis. You can also buy MSA competition day licences for a mere £10. So for the price of a basic trackday you can indulge in some genuine competitive motorsport to see how you measure up.

Anyhow, going back to the original story … as we queued for the first sighting lap of the day Rich casually mentioned that we had, over recent months, done a number of MSFTP type things and that I was now MotorPunk’s No.2 driver! Nonchalantly, I brushed this off his remarks with a casual chuckle and a playful punch … before feverishly knocking up a spreadsheet on my smartphone to explain away my recent poor performances on track. As it stood:

I would need to clock the fastest time in the GT86 to level the score before the close 2013. The gloves were off … but then I had to put them back on again as it was a safety requirement, along with a decent helmet and long sleeved tops. As we approached the timing gate and the safety flag we let the engine revs rise and dropped the clutch as flag went down. The track was still sodden so we left all the electro-trickery in full ON idiot mode which was kicking in at every corner as we tackled the tight 100 Circuit on Snetterton’s infield. As it dried out slowly, and our times steadily dropped, we still daren’t switch everything off; there wasn’t a lot of runoff and this was a £27k press car! The GT86 itself was an absolute hoot. It cornered flat and loved to be revved – it’s a shame we never got a completely dry track for a proper-brave lap. 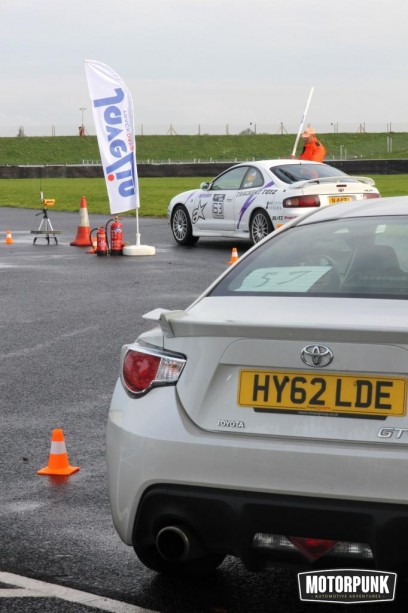 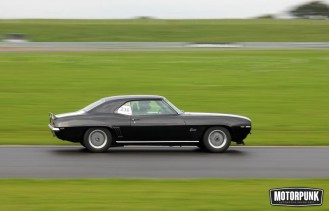 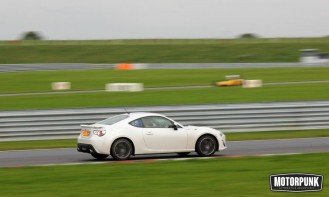 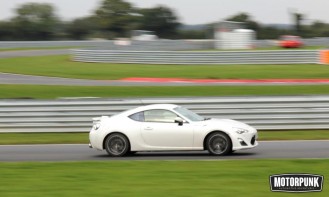 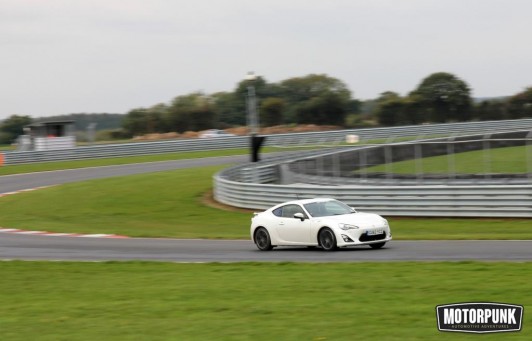 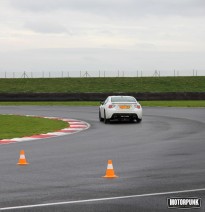 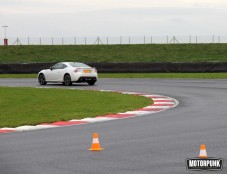 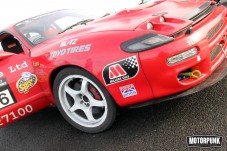 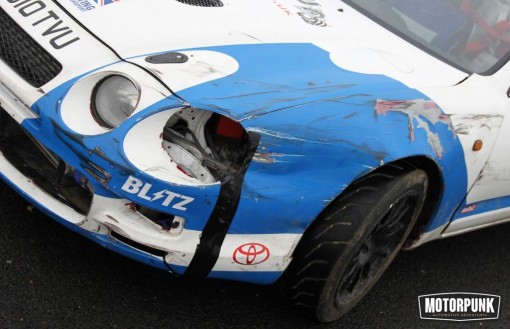 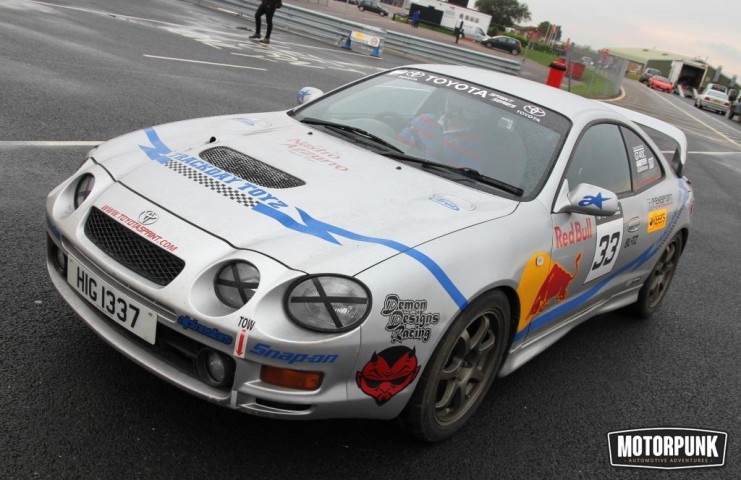 As the skies began to darken, and pub opening time beckoned, we each had chance for one last blast to settle MotorPunk’s MSFTP 2013 Championship once and for all. The results: in Class C (Street) Rich posted a 158.69 seconds to take 6th and I took 7th spot with a 159.31seconds, finishing the season off with a crushing 3:1 victory for my co-editor. Looking back, I’m sure I could have shaved off a second if I hadn’t had to work out how to deactivate the GT86’s heated seats mid-lap! Mysteriously, these had switched to an arse-scorching HIGH the second after Rich had leapt out of the passenger seat near the start line.