The Baltic Circle Rally is a fifteen day, 7500km winter charity event that runs from Hamburg up to the Noordkaap in Norway and back down via the Baltic States, including a chunk of Russia. Competitors are required to drive a car that is at least fifteen years old, navigate to destinations using good old fashioned maps and expect snow, ice, and -20 temperatures, amidst the usual road rally nonsense. 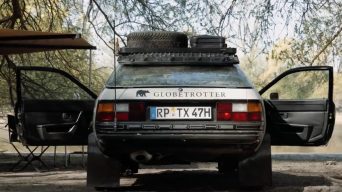 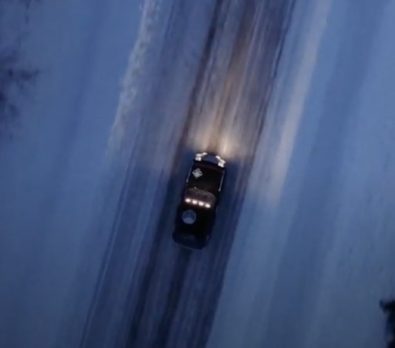 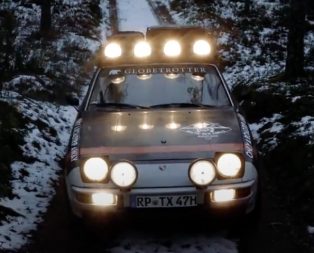 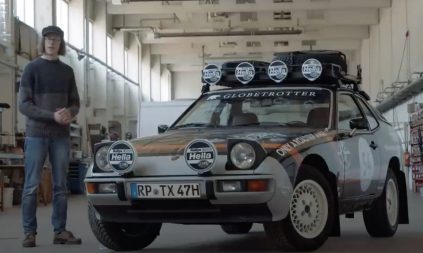 Dave thought using George would be too easy. It was December and the rally started in March That left him with just three months and only one possible choice for a vehicle, his much abused daily driver, a 1978 Porsche 924. It needed a refresh and fettle to be up to the job. Dave figured if he could use the car to sleep in he could save a few quid on the hotel fees, so he might as well make it into a camper while he was at it. With the rear seats folded down the 924 offers surprisingly capacious luggage space. Dave moved the front seats fully forward on their rails and wound them forward until they were touching the dashboard. He climbed in the back and stretched out. Yep, that was it, now it just needed a few mods.

He built a folding bed board to fit in the rear of the car across the luggage area. A mattress was cut from 80mm foam and covered and stitched by his talented Mrs. She also made extra inserts to fit around the rear wheel arches to maximise every inch of potential sleeping space. To boost that space further required the sloping hatch to be raised up level with the roofline for sleeping time. Dave made a foldaway mini pop top for the rear of the car out of some vinyl. When the hatch is open, it can be attached like a tonneau cover, with press studs running around the hatch lip. To keep his pop top braced, he CAD designed a pair of removable struts sending his design to a company to have them machined; One of the few times he outsourced any of the work on the car.

To sleep in -20 temperatures, Dave fitted a Webasto heater into the spare wheel well. The heater is a popular choice on Land Rover camper conversions. Dave says, “It took about five hours start to finish including beer, fabrication and adapting the fuel lines to feed the heater directly.” It worked perfectly, tested by one particular parky night in Russia when the outside temperature bottomed out at -22c. 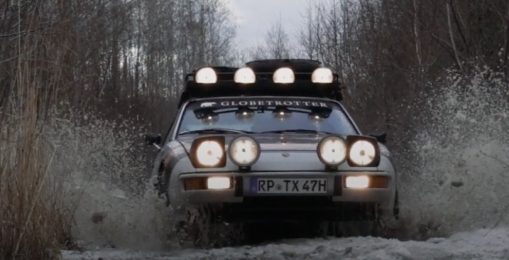 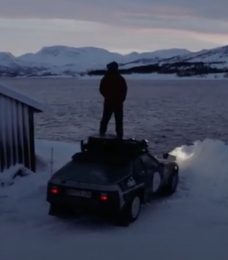 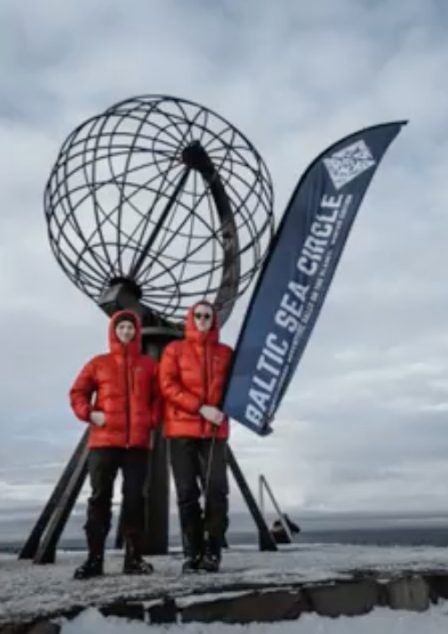 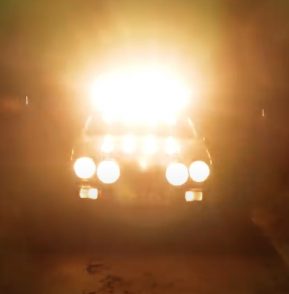 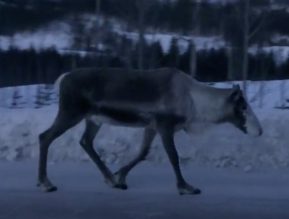 For off road excursions Dave lifted the 924 by 40mm. He fitted aluminium spacers to the front Macpherson strut suspension. The rear suspension is torsion bars. Adapting the ride height necessitated dropping the rear axle to adjust the settings He fitted new Koni shocks all round and bought a set of period aftermarket Rial 15×7 wheels for the 924. He only had four, so ended up with a wheel off a Citroen Berlingo as his spare. Some countries on the rally forbid studded winter tyres, so his new wheels were clad with Nokian Hakkapeliitta R3 snow tyres (195/65R15). He had never heard of them, now he raves about them, almost as much as he does about his kettle- we’ll get to that.

During his Range Rover build, Dave formed a relationship with Overland kit specialists, Front Runner, so he decided to give the car some sponsorship decals in exchange for some tasty toys. Two Rallye 3000 and four roof mounted Comet 500 Hella spotlamps were a good start, providing 500 watts of lighting. A tad over the top perhaps, “but it looks good” Dave points out. He added a Frontrunner roof rack, mounting his spare wheel with a cooking grill that fits neatly in the wheel recess, plus an axe, because as Dave says, “You have to”. Mounted on the hatch window is a Maxtrax for getting out of sticky situations, and inside he added a flexible map reading light and a CB radio, again as Dave suggests, “Crucial”.

To power his extra electrics he fitted an auxiliary fuse board tucked in the glovebox and a 95amp hour battery. Testing with all the lights on, he was just making charge off the standard alternator.

And that’s about it, oh, apart from the engine losing two cylinders with a month to go. Dave’s long association with 924’s meant that swapping the engine out was not a novel experience. He smashed it in 48 hours, including sourcing the replacement engine, only stopping at 3am one morning for a power nap. He insists it was one of the most fun parts of prepping the car. Yeah, I’ll take your word for it.

The 924 proved to be a hit on the rally, apart from chewing up a timing belt (swapped in an hour). The extra weight of the camping kit, spares, and the roof rack loveliness did change the handling dynamics, but not so much as to be scary. In fact Dave suggests if he did it again he would like the car to have more power (Good answer) Sleeping in the car proved toasty, he rates it a 9/10. The biggest drawback was clambering out for a brew into -20c.

Which brings us nicely to the kettle. It’s a Kelly Kettle. It’s very clever and heats your water PDQ, plus you get an excuse to carry the axe for carving up wood chippings to feed it. Dave insists this is all far more entertaining than just paying for a hotel room. I get it. His down at heel daily is reborn as an overnighter Overlander. That’s got to be more fun than staying at Travel Lodge.
You can see his rally build and adventures (and George) on YouTube at ‘Only A Roadtrip Away’. Whether you’re into beautiful film making, or the pain and pleasure of the build, they’re definitely worth a watch.