A grizzled old racer I recently met at Snetterton told me that competitive motorsport is more addictive than a ‘crack covered Pringle.’ The same wag went on to claim that ‘you can easily make a small fortune from circuit racing … but only if you start with a big one.’ While he is probably right on the first point, we, at MotorPunk, will continue to do our damnedest to help our readers dabble in affordable motorsport without the, seemingly inevitable, descent into bankruptcy, divorce and homelessness.

For most the ‘gateway drug’ to circuit racing will have probably been the trackday experience; this will have been the first chance many folk have to really test their mettle (and their metal!) out on a real race track. MotorSport Vision owns five of the UK’s most iconic circuits, including Oulton Park, Brands Hatch and Cadwell Park, and has been running trackdays for several years now. MSVT, the trackday division of MSV, understands that, for some newcomers, the idea of ‘mixing it’ with battle-hardened trackday veterans, straight from the off, can be a little daunting, and so they offer a range of ‘experiences’ to build up one’s confidence, starting with a 20minute taster sessions for £25, to novice only trackdays, right on through to high-intensity Track Academy tuition to fine tune your circuit driving skills. 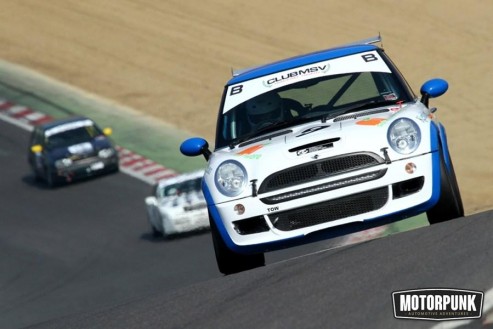 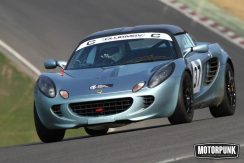 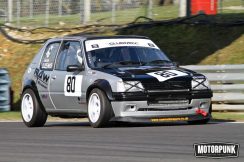 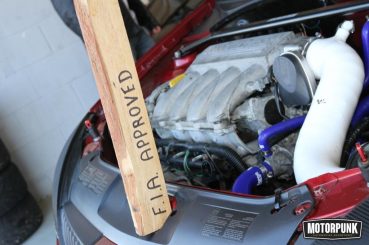 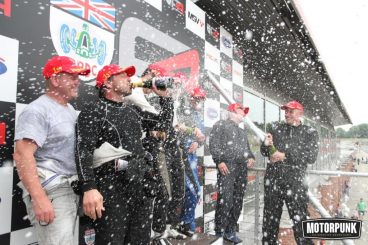 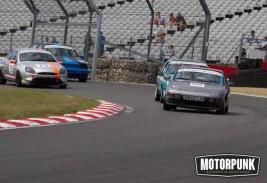 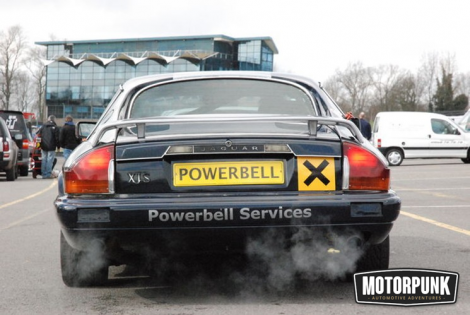 However, as Series Coordinator Nick Rice at MSVT explained, it wasn’t long before some trackday regulars began picking their brains on how to take the next step and get into proper wheel-to-wheel motor racing: “Our first idea was to run a sort of enhanced track day, but since we run ARDS courses [which allow drivers to get their full race licenses], and various championships, we thought ‘why not set up our own a race series?’”

Many of those hardcore trackday junkies had already bought, tweaked and fettled motors of various marques and models, and so the Trackday Trophy simply split its classes according to power-to-weight ratios; grids can be pretty eclectic, with Caterhams lining up alongside ‘90s hot hatches, supercharged MINIs, MX-5 and even the odd old-school Sierra. Of course, all cars must comply with the normal MSA safety regulations (roll cages, fire extinguishers, harnesses and so on) but MSVT will hold your hand through the whole scrutineering and ‘Blue Book’ minefield. The word ‘Trophy’ is significant: you aren’t committing yourself to a time consuming championship and having to haul your trailer, and grumpy loved ones, half way across Blighty every month – you compete for glory event by event. Since the 30min practice session is on the same day you also don’t have the added expense of an overnight stop. But the really clever bit is that you can compete as a pair to split the costs, swapping drivers halfway through the 45min race during the compulsory 3min pit stop.

Quite sensibly, for a newbies’ race series, the Trackday Trophy limits its entrants to 175bhp/tonne; to keep the series in the spirit it was intended, every team must also have at least one novice driver who has not competed in more than six events. While many teams have pulled in fresh novice team mates to keep within the regs’, there is an opportunity for experienced crews to graduate up to MSVT’s Team Trophy series. Here, the races are for the full hour and cars of up to 200bhp/tonne can slug it out on track.

So let’s get down to the real nitty-gritty: costs. In 2013 there were seven Trackday Trophy meets with each entry costing £350 per team. You’ll need to do your ARDS test (at about £300), prep’ the car and get your helmet and safety gear sorted – this can get pricey, but these are mostly one-off expenses. To save a bit of cash some still drive their race cars to, and usually from, the venues. Soon after the Trackday Trophy series began in 2010 Jonny Smith of Fifth Gear fame decided to have a bash in a borrowed Porsche 944. If at this point you’re even slightly tempted, then check out the YouTube clip of him in action; he absolutely loved it, adding ‘It might not be dirt cheap … but it’s about as accessible as motorsport gets. I’d urge anyone who can, to have a go.’

You know what, Jonny, we might well do that.