Since 1977, a small band of men have been meeting in a shabby west London church hall to keep alive one of Britain’s greatest pint-sized motorsports. Few of the regulars are under forty, many are well paid professionals and most brag at least a dozen classic racers in their private collections. For nearly forty years The London Scalextrics Club has held competitions every Tuesday night from 8pm till late; think of it as a genteel 1/32 scale Fast & Furious … but with tea and homemade cake.

But like all hobbies from the 60s, 70s & 80s – things that well-heeled middle-aged men played with in their carefree youth – vintage Scalextrics memorabilia is highly collectible. For example, the 1960s James Bond Goldfinger set, complete with gadget-laden DB5 and a henchman-spec Merc 190SL, can fetch £1,500 at specialist auctions; that’s a 13,000% increase on its original £11 purchase price from 1967. Interestingly, a real DB5 would have ‘only’ appreciated by around 2,500% over the same period. Micro scale wheeler dealing is now big business; in 2012 one savvy Scalextrics aficionado sold his prized collection of 3,500 vintage slot cars at a London auction and bought a real DB7 with his profits!

Chances are, if you’re a MotorPunk of a certain age, you’ll have a set languishing somewhere in the loft. And with the Coronavirus lockdown likely to keep us out of our classics for some time yet, then there’s never been a better time for a ‘leccy-powered trip down memory lane too? If you do, then let me just give you a word of warning: prepare yourself – you’ll probably be very disappointed when you first build, in a flurry of nostalgic enthusiasm, that fabulous recreation of Donington’s 1993 Euro GP circuit. Slot in your vintage Senna McLaren-Ford MP4/8, switch on the transformer and … nothing.

Invariably, your first problem will be tarnished track. I got increasingly desperate, starting with Brasso, then wire wool, and eventually a two-day soak in 5-litres of Asda-brand coke before resorting to a 240v power drill and a flapper wheel dowsed in WD-40. Bit aggressive I admit but we finally got the lustre needed. The next thing will be new rubber tyres and new braids (all for pennies on eBay) for the motor contacts. Once that’s done your vintage kit should be good to go.

But what layout? “Suzuka? Ner, needs a bridge. Laguna Seca? Can’t possibly build that corkscrew; Nordschliefe? Nein. Too big and bendy. Ah, sod it. Let’s just stick together all the track that isn’t knackered and rusty.” 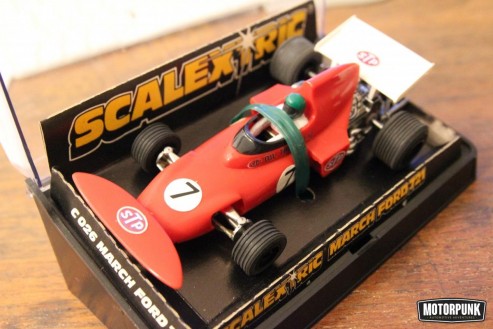 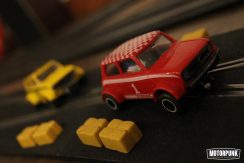 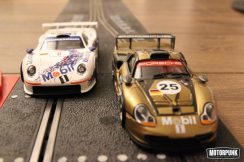 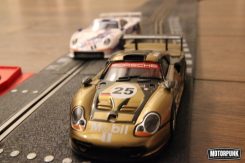 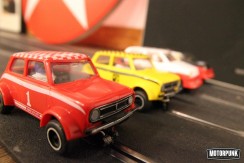 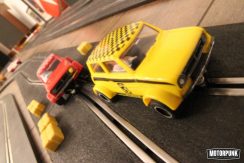 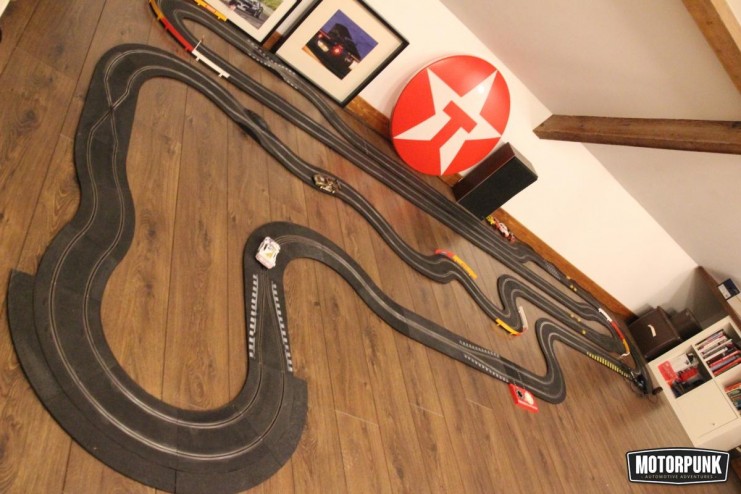 Pride of my Scalextrics fleet is a 1971 March-Ford as driven by Ronnie Peterson. This ‘shelf queen’ is MIB and the exact same car I campaigned at various living room circuits as a car mad pre-teen against mean looking JPS Lotus and other fag-sponsored F1 replicas. But over the last few months the Scalextrics bug has bitten hard. I’ve bought matching Mini 1275GT and BTCC Metros. These top heavy antiques require a lot of skill to keep upright – Scalextrics veterans might be horrified to hear that modern slot cars have track-hugging magnets underneath which makes things a bit too easy in my books; the Boy’s modern Le Man spec 911s are almost impossible to spin – very un-911. 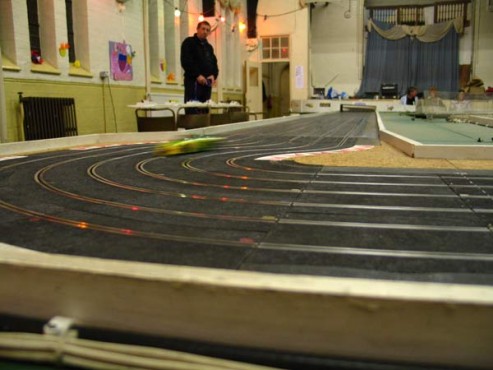 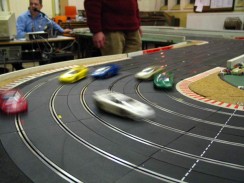 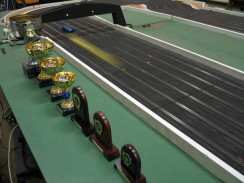 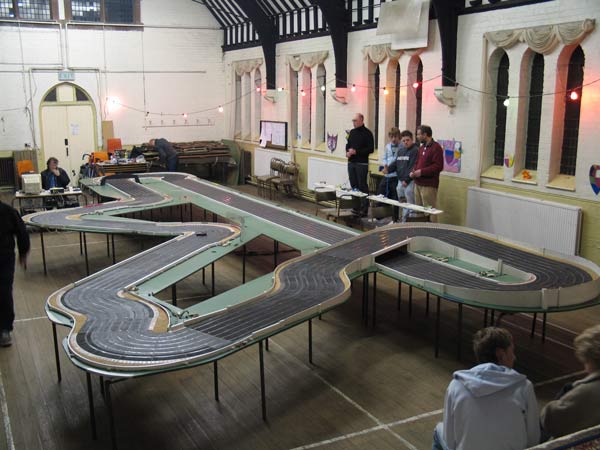 At some point we’ll be popping down to the London Scalextrics club which boasts some famous past members including Romford’s own Johnny Herbert. The club is keen to attract new younger members but admit that Scalextrics struggles to attract many ‘yoofs’ from the Forza generation; youngsters that’d prefer to hoon around vast virtual cityscapes in computer generated hypercars bristling with Uzis and prostitutes rather than de-fluff clogged axles with a bunch of middle-aged men. Kids eh? Still, it’d be nice to get some mature MotorPunks down there to do battle on their six lane 102ft track and share a cream bun and cuppa. Fancy it? I’ll keep you posted.