From under a pristine Grand-Prix white Honda S2000, parked in the grey rain outside our mate Jaco’s place near the Nürburgring, protrudes a pair of legs. I ask Jaco who they belong to. “Oh him”, he says with typical understatement, “I met him in the pub”.

Hiroto Watanabe, or Hiro for short, stops spannering to introduce himself to Dr Octane and I and his incredible story slowly unfolds. In March 2011 a tsunami hit Japan killing over 18,000 people and sweeping away much of the infrastructure. Hiro was lucky to survive, but lost a lot, and while the country very slowly rebuilt itself he was left with his garage, some tools and his standard 2004 S2000 daily driver.

His day job is/was a race Engineer but with his country Fukushima’d, and time on his hands to reflect on life, he made a big decision. He had always fancied racing in Europe despite having never left Japan before. He packed the S2000 and some tools into a container and shipped it to Germany then bought a 1 way airline ticket. Jaco met Hirro, who speaks barely any English, in a pub. 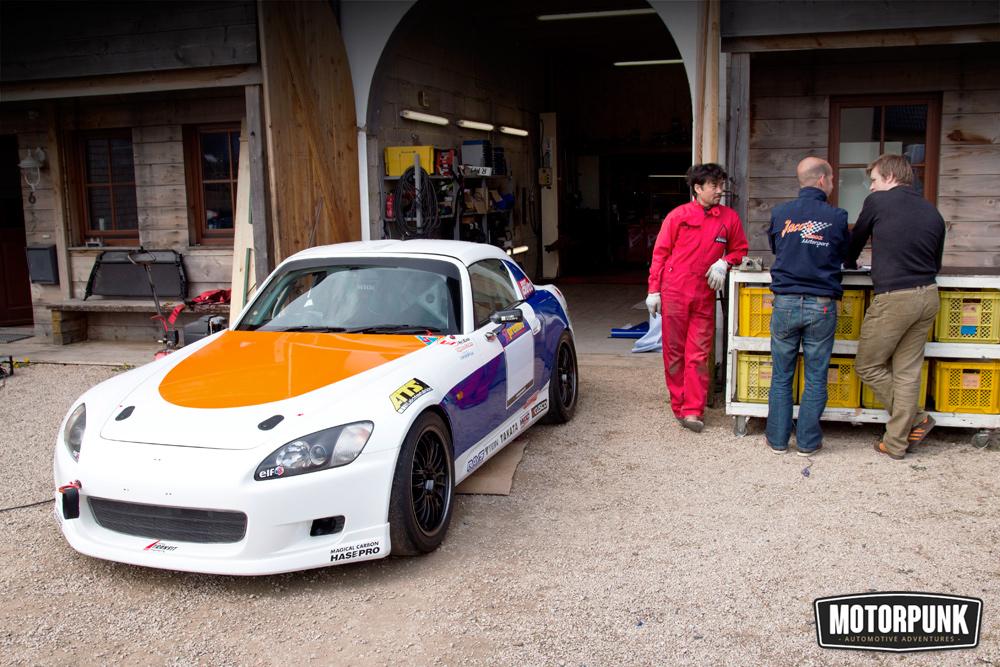 Hiro had heard about the VLN race at the ‘ring but had no idea how to enter. The VLN, or Veranstaltergemeinschaft Langstreckenpokal Nürburgring, is a gobfull in any language but Jaco knows the ropes. He has previously raced cars in the VLN and prepped cars too, and offered his services. Hiro moved in and over a shared love of beer, fags and proper racing an unlikely team was born. The S2000 would compete in the SP1 class with a prize of €6000 for the winner.

The rulebook is immense, see here, and German scrutineers are every bit as pedantic as you’d expect. The cage that Hiro had ordered and welded in looked cleaner than my kitchen, but the Scrutineers didn’t like it, despite the Japanese specification being superior to the German. Jaco found a work-around. The cabin was stripped, a carbon fibre hard-top fitted, and around 200Kgs lost. Toyo rubber and Tein suspension was supplied, courtesy of a sponsor, and Bride Japan (that’s not what you think, pervert) also delivered some goodies. The car looks in great shape. 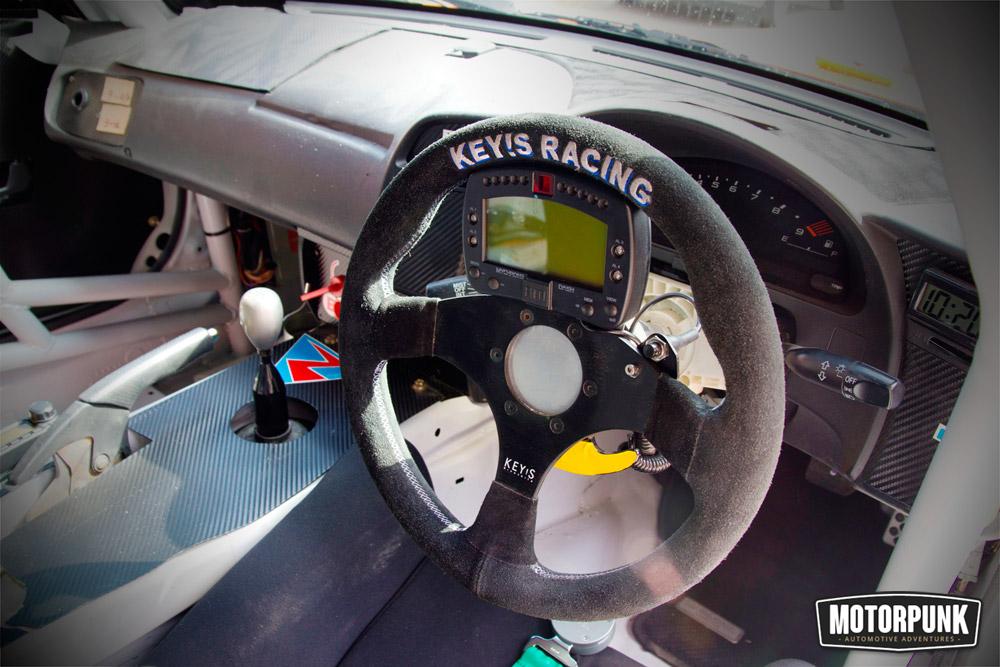 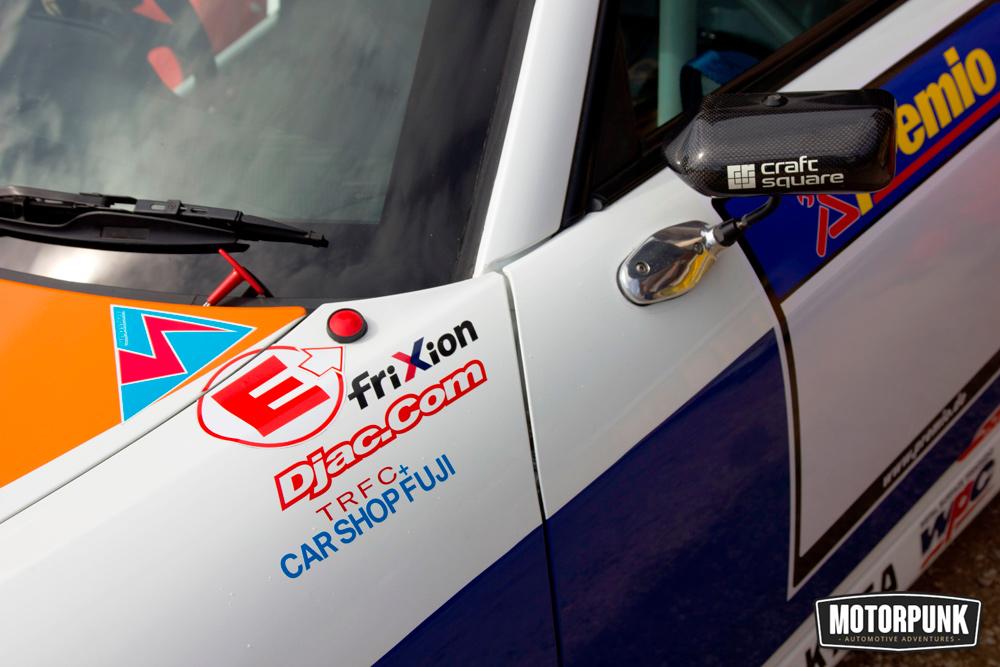 Hiro hasn’t driven the ‘ring before or indeed anywhere else in Europe. The first time the car will be driven is at the ‘ring but Hiro can handle being thrown in at the deep end. If you speak Japanese you can follow his progress here, from Fukushima to the ‘ring, we wish him the best of luck. 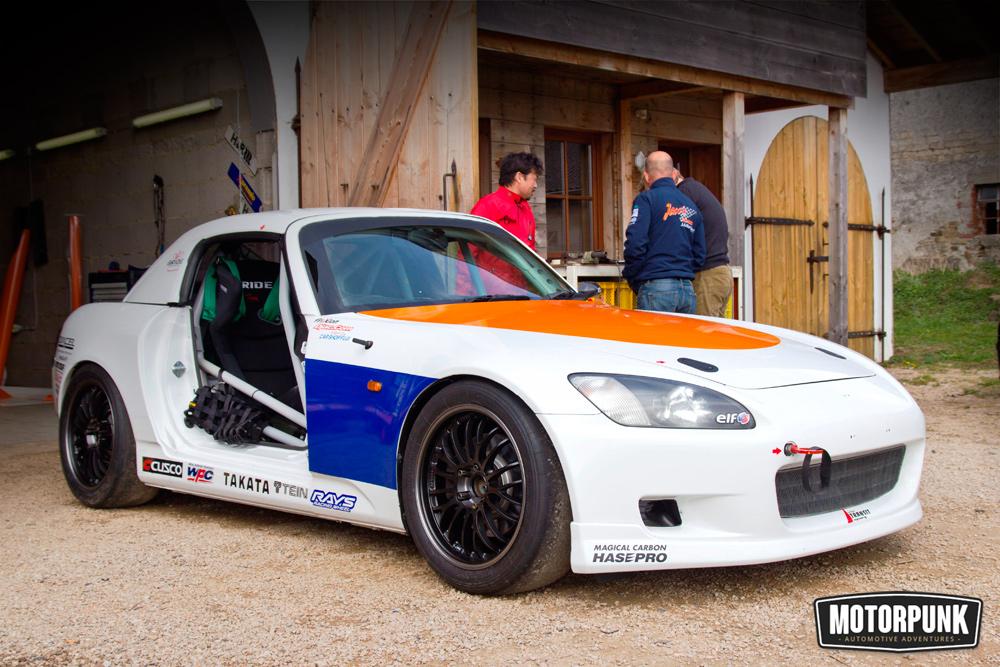