We’ve come in for a bit of stick since the last Motorsport for the Poor feature, which was penned by our chum Michael Downing as he threw himself into the £21k Caterham Academy programme; well, he’s not exactly poor is he? While, admittedly, we did start ‘big’ by looking at this novice’s race series, I would be interested to know how many readers of this feature have, cumulatively, lost similar amounts in depreciation on their last few cars. If you’re a carpe diem sort of fellow, who’s determined to scratch that itch for wheel-to-wheel racing, is it really beyond the grasp of the middle income earner? Food for thought, perhaps?

Nevertheless, not all of us are in a position to take the plunge … just yet. So this month we at MotorPunk thought we’d answer our critics and with a low-cost foray into the world of proper, MSA approved, motorsport by taking my shabby-chic Mazda autotesting. 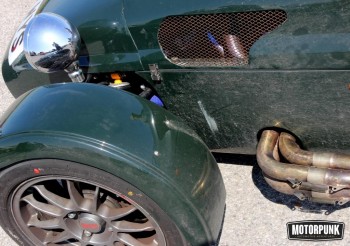 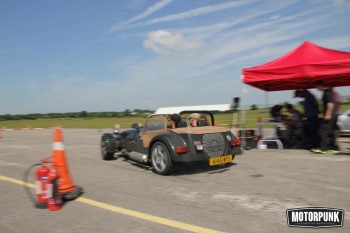 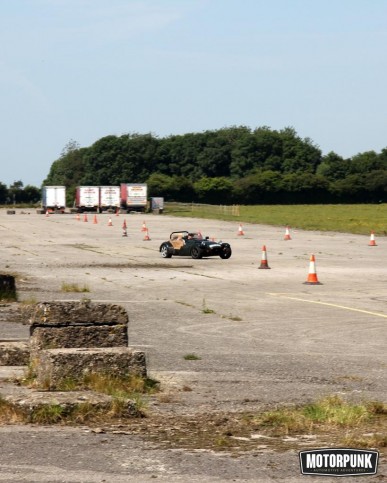 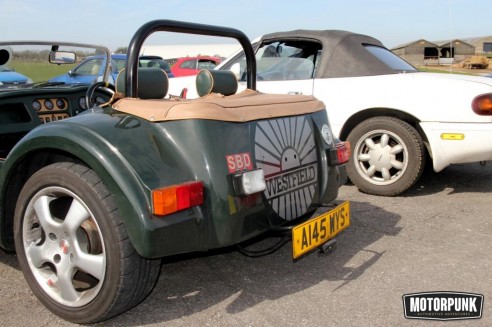 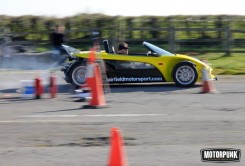 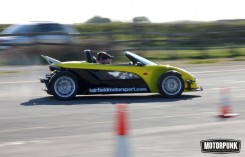 Just ten miles up the road, at a disused airfield, I met up with an old work mate in his battle-scarred Westfield. After paying our £15 annual membership fees (which then dispenses with the need for MSA licences) it cost us another £10 to spend the afternoon hooning around the runway in the company of the local Motor Club. I accept that it’s not the same as circuit racing but, for 1% of the price, it was an absolute hoot.

After a quick driver’s briefing, and a “walk of the course”, we were into our cars. The traffic lights went from red to green and the first day-glo yellow Caterham was off, christening the tarmac with its inaugural black 11. I have to admit that it was a little intimidating sitting on the start line watching these expert wheelmen sliding their machines around the cones in a high-octane ballet. But, like many petrolheads, I managed to kid myself that I might just be an undiscovered driving daemon who’s just not found his niche yet – maybe autotesting would be it? 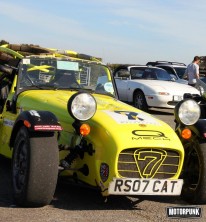 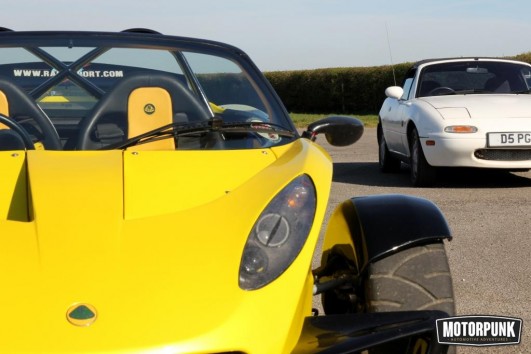 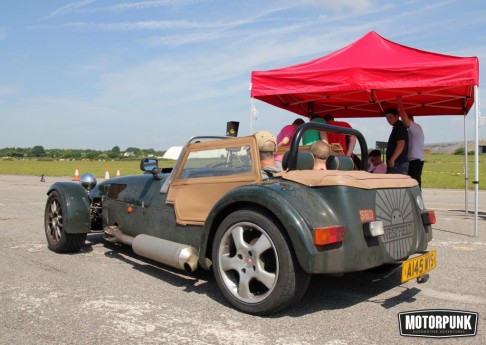 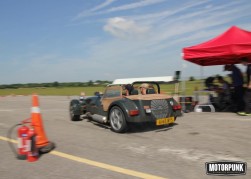 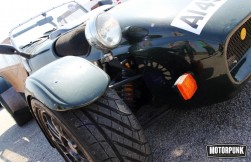 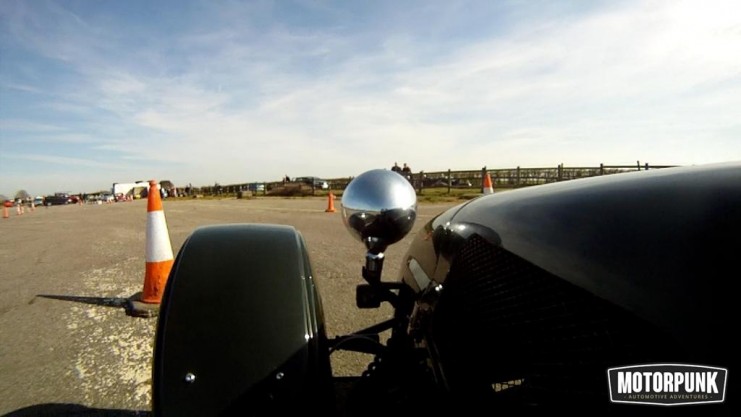 I was sixth up – as the light went green 115bhp of screaming rust and filler lurched towards the first cones. The rest was a blur of overcooked handbrake turns, poorly executed drifts and embarrassing tank slappers. Nonetheless, it was bloody good fun. Slithering to a stop astride the finish gate markers I was encouraged to hear that mine was a respectable first bash, and as my confidence increased I did chip away at the times. However, it became increasingly clear that over the last two decades the suspension on my hairdresser’s express had clearly lost its damping; one wag quipping that my ratty old rag-top “cornered like the Mary Rose.” Mildly stung by this, a cheap set of coilovers now features on my eBay wish list and the hunt begins for a decent roll bar. For less than the cost of Michael’s race suit and lid I reckoned the old MX-5 could be fettled into a decent autotest weapon.

My pal’s Westfield was a completely different animal. Pumping out 240bhp from its Vauxhall Red Top the 600kg kit car was the perfect tool for the job as the breakneck acceleration and controllable oversteer drifted us around in record time. While he was very modest about his wheelmongering, and his handbuilt Westie, it became clear that I had brought a bun to a knife fight. 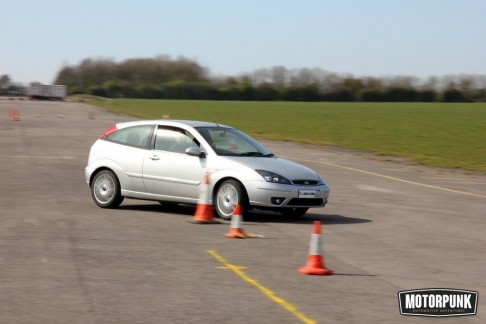 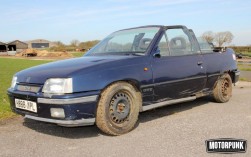 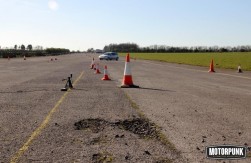 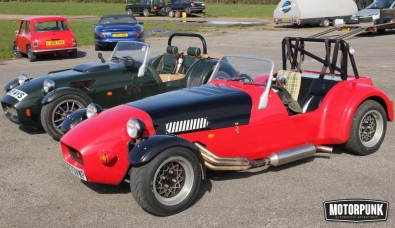 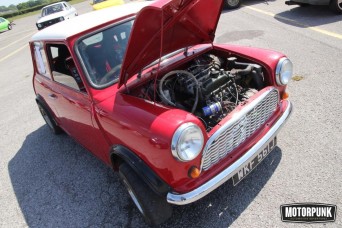 However, the motors running at the autotest were as eclectic as my co-editor’s wardrobe, and included lightly modded Fiestas and Focus’, a TVR Chimera, old-school Minis, several 7esque specials, BMWs and fully prepared rally cars. While most spectators were cooing over an über-rare Lotus 340R, another chap unloaded his decrepit Astra convertible that had sat, uncovered, in his “field of dreams” for two years. You really could do it in your everyday car, and I strongly suggest you do. I can’t think of a better way to test your metal/mettle in a safe, friendly and affordable way … until you can afford the Caterham Academy, that is.