He’s probably not reading this. I’m not even sure who or where he is, but if my amateur internet sleuthing is correct, Eugene Pock Jr is the current owner of this wonderful freak of a machine, the Polywog. 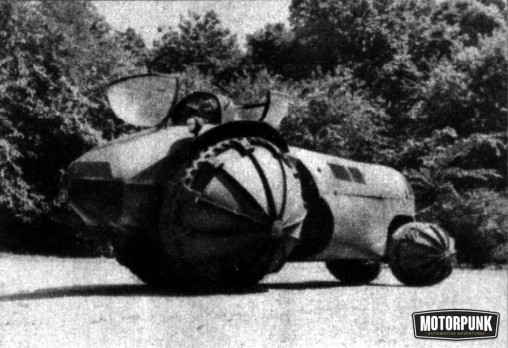 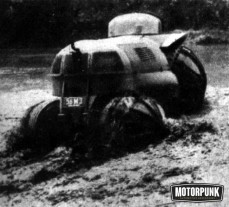 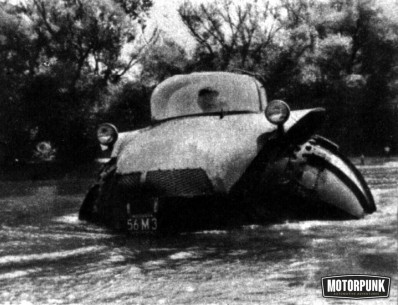 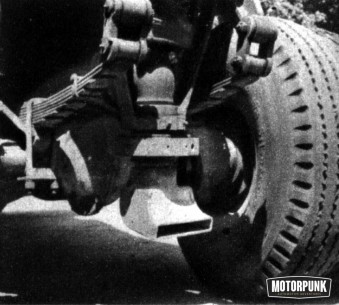 Greek inventor, Elie P. Aghnides, was working for Indianapolis based engineering company Marmon-Herrington Company. The idea had been around since the war, but in 1954 they finally built a couple of prototypes of this… thing. Designed to work on land and water, the hemispherical wheels on the front were a simple solution to provide progressive traction relative to the terrain. Quite simply, the further it sank into the mud, the greater the contact area of those wheels. There was sufficient buoyancy in the design for it to float even though it weighed 5 tons. Aghnides wasn’t a automotive Engineer in the traditional sense, he originally designed taps and showers and applied a 360° hydrajet swivel mounted underneath Polywog to give it a 5MPH speed on water. Power came from a 130bhp Ford engine and drove all four wheels and on land it could hit about 50MPH, although with no suspension and rear wheel steer it must have been quite a challenge not to kill yourself to death doing so. It could tilt to 75° before tipping and it was envisaged that it would serve the military and people in the wilderness of Canada and Alaska, but only two were built and I think only this one, also known as the Rhino, survives under a tarpaulin somewhere in the colonies today. 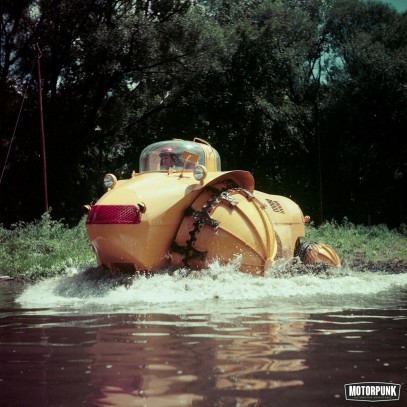 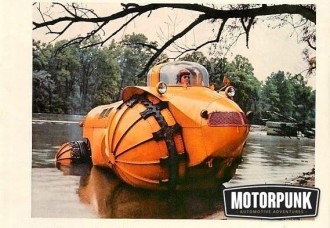 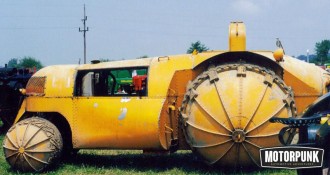 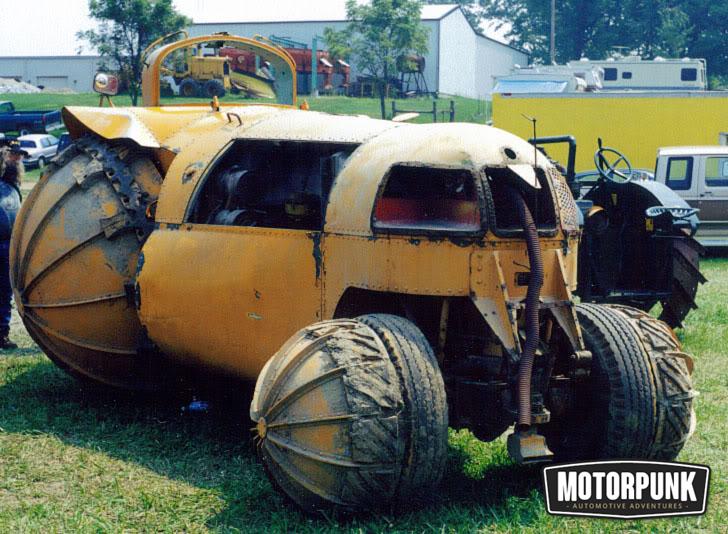 The Polywog used to appear occasionally at the Threshing and Antique Show in Tipton (Indiana, not the West Midlands, pic above) but seems to have been in storage for a while since then. Here’s a YouTube clip of it confusing people  and a nice photo of the inventor himself playing with a scale model prototype.  We love innovative engineering like this and hope that Eugene Pock Jr will get Polywog back on the road/swamp/river/tundra soon.

Pics and info from Pinterest and here, here, here, and here. You can buy a German language book with more info about this machine and similar interesting oddities off Amazon here. Words by the Author, pictures from the sources credited. IDT. INDT.