A TVR Speed 12 is a rare enough thing, but the -15 prefix on the registration plate tells us this mad, mad, mad thing was built only this year. Old TVR went pop gears ago and new TVR aren’t on the road yet, so what is this machine? A bit of Google-sleuthing turned up these few pictures and a very interesting story. 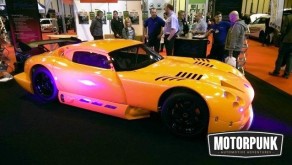 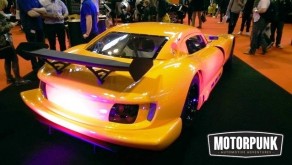 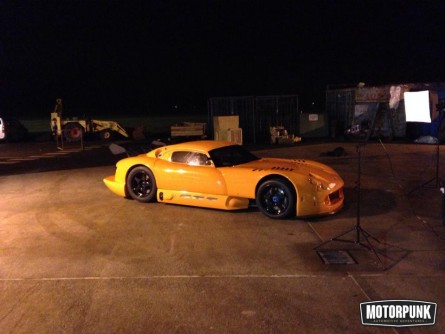 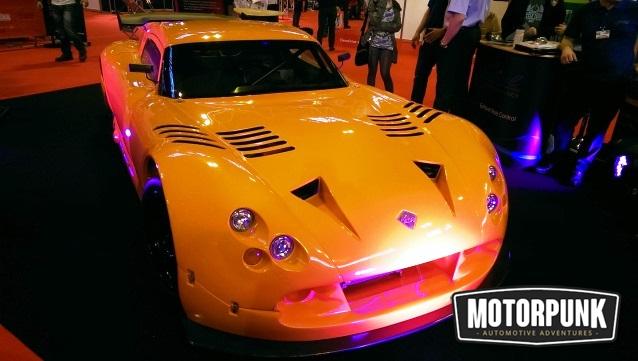 The DVLA reckon this is a “TBR 612 Tempest”. It wouldn’t be the first typo they’ve made, the useless baginas [sic]. TVR geeks might know the name Graham Abbott (who owns the two original Speed 12s) but apparently this isn’t one of his cars. It was built recently as a technology demonstrator by Lancashire based Helical Technology Ltd, a British company with expertise in valves, actuators and other engine parts, with involvement from M Vernon Automotive. The bodywork looks to be mostly Speed 12 but the mechanicals are different. The original Speed 12s used TVRs own engine – here there is an Aston Martin V12 with 600BHP. There are plans for forced induction and 1000BHP, we assume using Helical’s technology. All very intriguing. 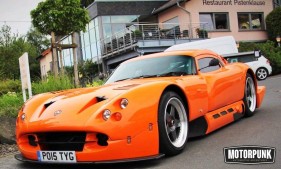 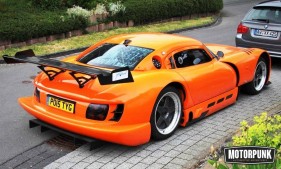 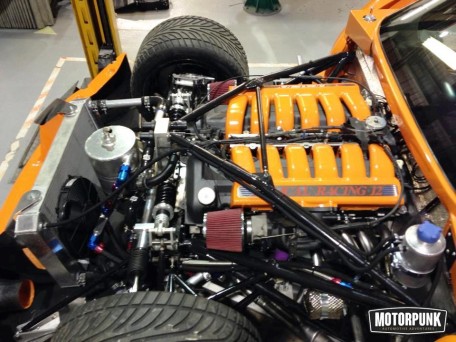 These pictures were taken at AutoSport and outside Pistonklause in Nürburg (!) Has this thing been thrown around the world’s hairiest toll road? What are Helical’s plans for it? Is it true that it is so powerful that if you face it East and spin the wheels you can actually slow the rotation of the earth? We’d love to know more. The whole thing is mad, mad, mad.

Pictures cobbled together from Facebook, Autogespot, and Pistonheads. Info on Helical Technology here. Thanks for reading.