Nothing quite captures the the spirit of low-rent automotive adventure as a good old fashioned banger rally. When we first jumped on the bandwagon in the early noughties, with the original Scumball Rally, there were only half a dozen established UK based ones. Now there are literally hundreds of challenges with brave adventurers coaxing all manner of shitheaps across the world’s less-travelled highways and byways. In this short series of features this summer the team at MotorPunk will be nominating their favourite charity chariots and ruined race cars from the heady world of banger rallying; proof, in the most part, that you really can roll a turd in glitter and come out trumps! Here are our first round of nominations for May:

Dr.O: To kick things off, my May nomination for greatest banger rally car of all time has to go to the 2008 Mongol Rally entry prepared by Ben Kemp and Lewis Woodcock. Their 998cc 1989 classic Mini, complete with full-size K6 GPO telephone box, wasn’t blessed with the most appropriate aerodynamics, ground clearance or ergonomics for the 6000mile unsupported automotive adventure to Ulaanbattor in Mongolia but they did it anyway because it looked ruddy magnificent. It did get a little pre-trip fettle from the A-Series engine gurus at Swiftune (the same chaps that prep’ the Goodwood racing Coopers), and a rattle-can Mr Bean paint job, but other than that the car was stock. Resplendent in their City-gent suits, brollies and Bowlers for the entire four-week slog these guys raised an impressive amount for charity and should, in our opinion, have been knighted and had their fabulous BL-built Mini repatriated and mounted on Trafalgar’s spare plinth. Messrs.’ Kemp and Woodcock, MotorPunk salutes you. 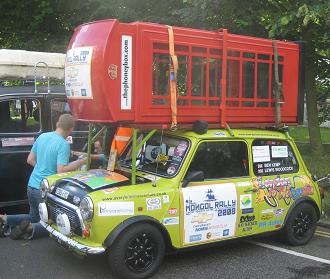 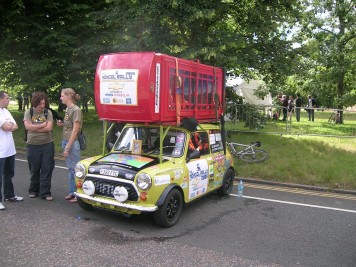 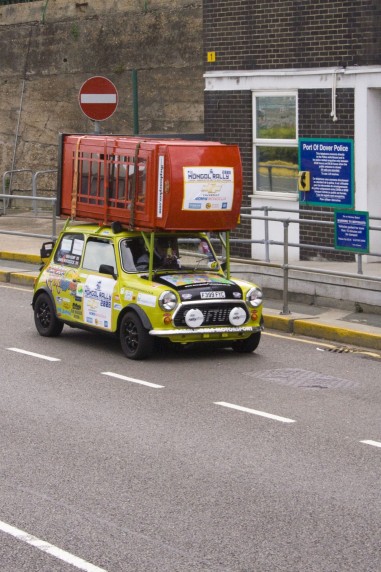 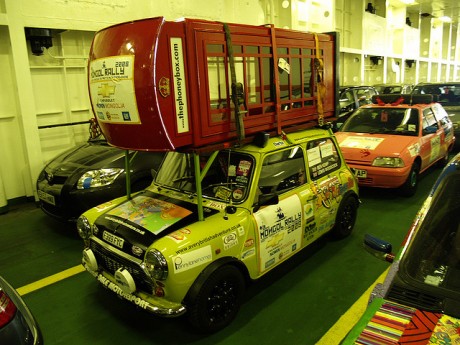 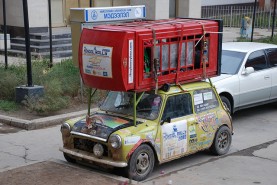 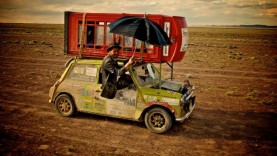 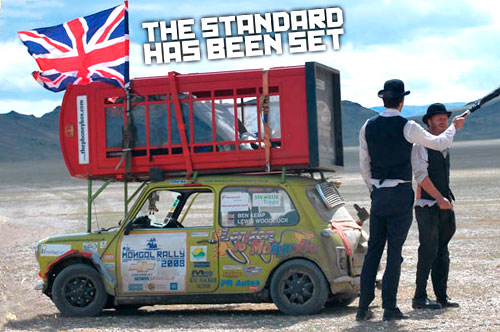 Simon: MotorPunk’s aristocratic and reclusive IT boffin clearly misses those halcyon days of big game hunting with his nomination of Elephant Patrol ; a high-mileage 1994 Vauxhall Omega that had previously won the Ramshackle Rally as Thomas the Tank Engine. Frank, as the car became known, was put up for sale after the rally for its scrap value of £150 as long as it was used again in some sort of charity rally. Nice gesture. Terrible car. 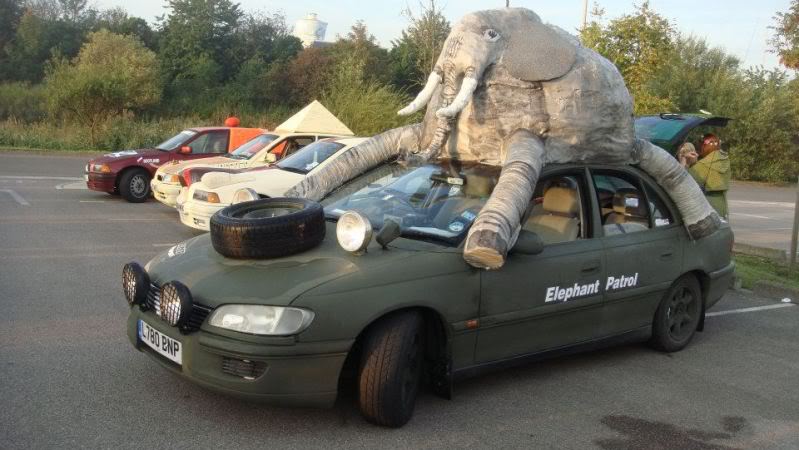 Bateman: I rather like the fact that hitherto the only thing marginally frightening about a Volvo V70 estate was the fact that they’re often driven by slightly creepy antique dealers. So to turn it into a Great White shark/Volvo Sharknado is quite inspired. Not entirely sure that it’s a FINished project, mind. 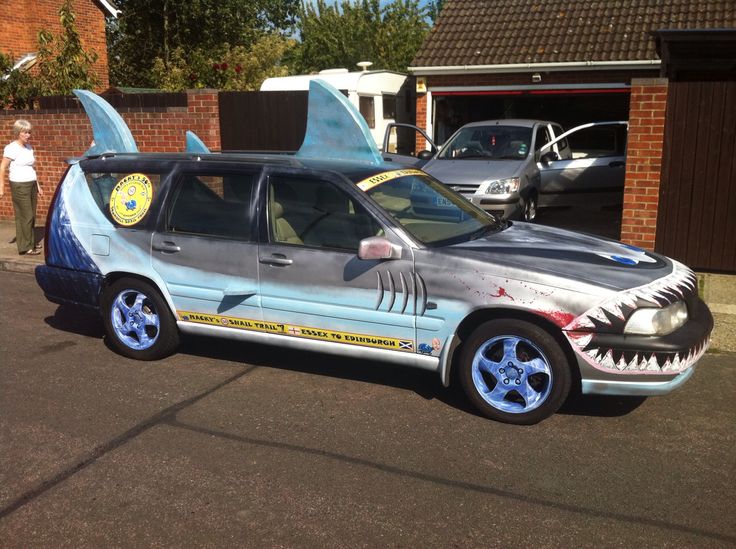 Rad: Roller with a monocle in the 24 Hours of Le Mons. Simple. Genius. 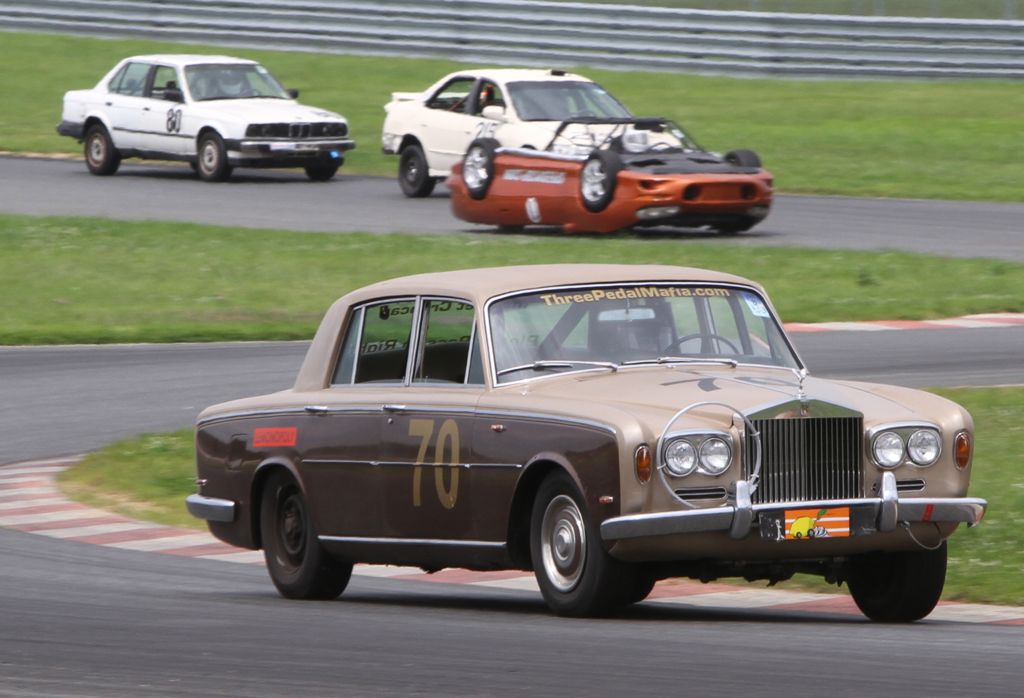 Rich: For me, a great banger rally car should have three key characteristics; Firstly, they should be cheap to buy. Secondly, they should be an example of a model with a reputation for unreliability. Finally, and most importantly, they should have a memorable and very silly theme. Dave and Dave’s £89 Renault Espaceshuttle “Shatlantis” is all this and even more; it’s a modern French car we’d love to slog across a continent in. Bought and bodged for the 2009 London to Tashkent rally, this car has it all. But – I’m not sure what happened to it. There are tantalising mentions of it online being vandalised in Torquay, records of money raised for Help for Heros, and photographs of it outside such diverse locations as Auschwitz and Le Mans. If you know more about the Shatlantis, please drop us a line. For me, it is perhaps the greatest banger rally car ever. 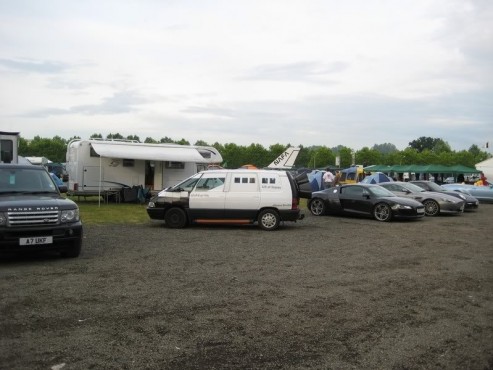 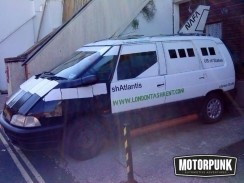 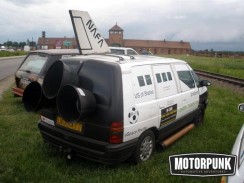 We’ll be following up this feature with nominations in June and July before announcing a winner in August. Vote for your favourites, or other suggestions we might like to include, by leaving a note in the comments below. Ta.