Dave Lee Travis, an Allegro and London traffic. It’s an unholy trinity, but back in 1980 when these pictures were taken for the now defunct Street Machine magazine, it wasn’t quite so unpalatable. DLT modified his secretary’s seven year old Allegro to withstand the rigours of London’s traffic as a publicity stunt. It had a gun turret on the roof and the yellow lines over the top allowed the poor driver to argue that it was parked under, not on, double yellows, and shouldn’t be ticketed. It was painted matt black like an early ratrod and christened ‘The London-proof car”. All very silly. 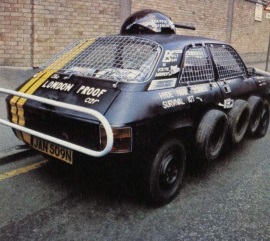 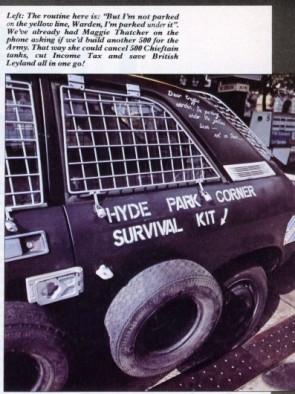 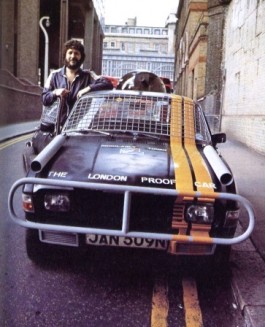 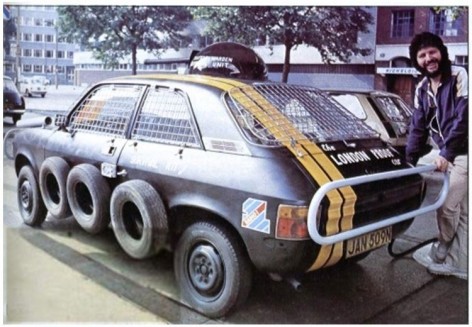 DLT was a bit of a petrolhead, actually. He is in the Drag racing hall of fame, for example, and once owned this car from an obscure sci-fi show broadcast in 1970. A car designed to withstand London’s traffic really isn’t a bad idea, but the rest of it? Unholy. BL went to the wall, DLT was given a suspended sentence for groping (a minor misdemeanor by the rotten standards of many Seventies’ DJs) and London’s traffic? It’s worse than ever.

You can buy the copy of Street Machine magazine here, which also features a 7 litre Honda Z.