I hope you’ll indulge MotorPunk as we go a little off road for this feature. There’s not much motoring content here, but examples of brilliant, amusing and thoroughly eccentric engineering from a chap we’ve long admired. Tim Hunkin trained as an Engineer but worked as the cartoonist for the Sunday Observer’s magazine before making a TV series in the ’90s called ‘the secret life of machines‘. He then moved into the world of ‘mechanical cabaret’. Tim makes coin-ops like no-one else. In a shed. 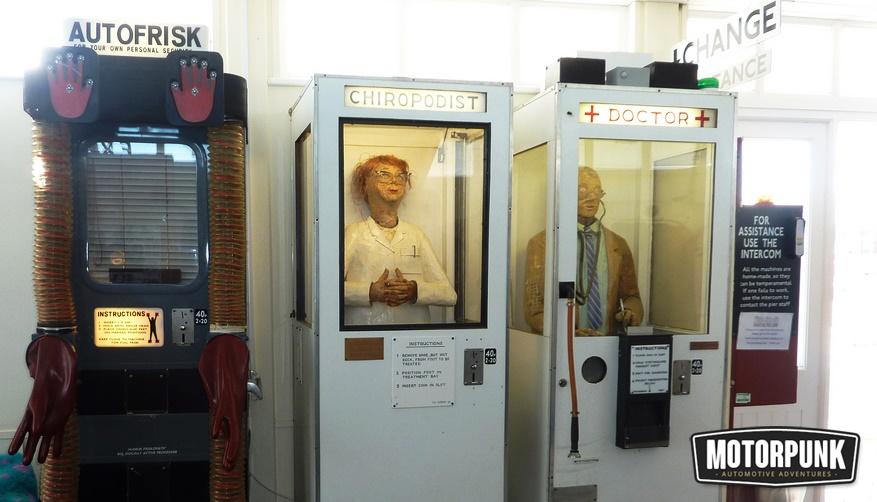 I first discovered Tim’s work at Southwold pier. Southwold is a lovely spot, spoiled only slightly by the feeling that it seems to take itself rather too seriously. The short Pier has what looks like an ordinary amusement arcade, but is actually the home of Tim’s “under the pier” arcade of home-made coin-op machines. The first one I tried (which is still my favourite) is the Bathyscape. Seating the whole family, you shut the door to a boxy submarine, feed it a coin, and enjoy a surreal trip beneath the waves. It’s all a bit home-made. The porthole (a little screen) plays a simple animation of what’s outside while an Attenborough-esque voice explains the scenes. There are deadpan jokes about estate agent fish, containers of radioactive waste, and Robert Maxwell’s corpse. Beautifully un-PC. You get sprayed with seawater as it ‘leaks’. It’s well observed, silly, but above all very, very funny. Some pictures of Bathyscape below. I’ll get some better ones on my next visit. 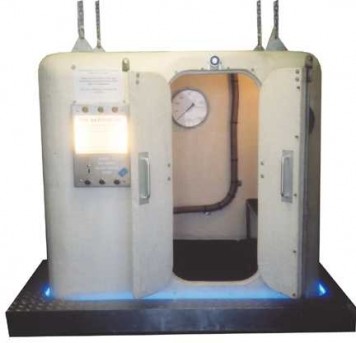 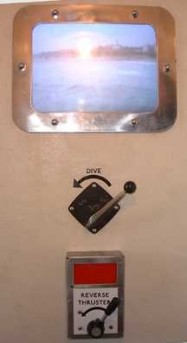 The arcade is full of other machines from his over-fertile mind. FlyDrive is a game where the player relives a day in the life of a fly. You’re not actually playing, as such, you sit on the extended tongue of a fly, holding a joystick, peering through his kaleidoscope eyes and watching the day unfold from the perspective of nature’s most repulsive creature. This means cowpats, spewing on food and irritating bald people. If you move too slow your hands get whacked by a fly-swat. I actually fell off it, laughing. My kids love it too, when they’re finally allowed a go. Here’s a pic (below) of the machine being built, how it looks today, and the advertising poster. 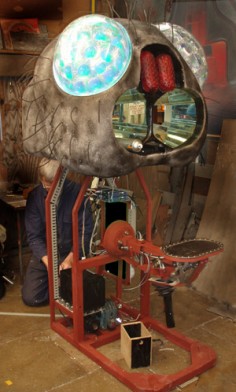 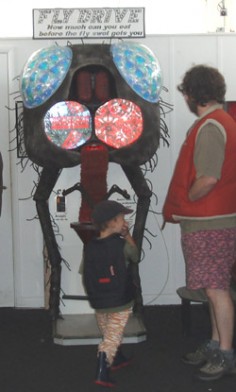 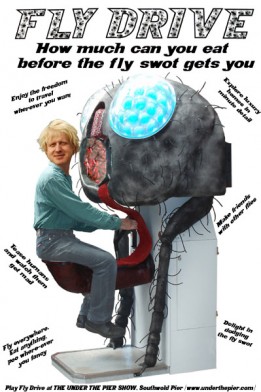 There are so many machines, some still on display at Southwold, others elsewhere. I can’t describe them all. There’s a dog-walking game for those too lazy to go outside who don’t own a pooch. It’s a treadmill with a TV screen for you and a smaller one for the automated dog that walks alongside you. You can play ‘Pirate practice’ where you can “get even with the rich” as a Somalian pirate robbing wealthy yacht owners, or have a go on ‘Art Apocalypse’, shooting Banksys. 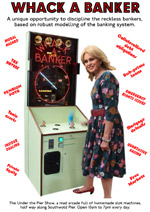 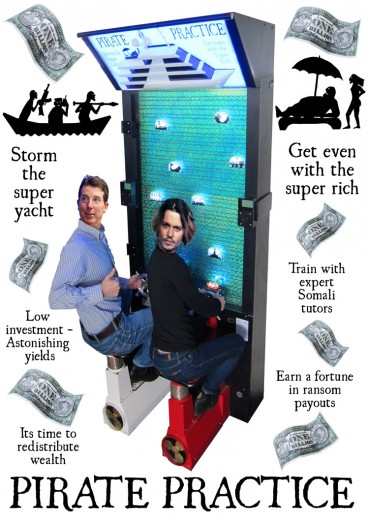 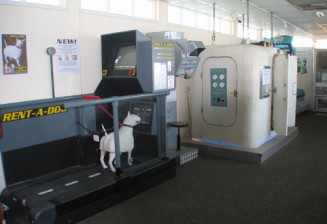 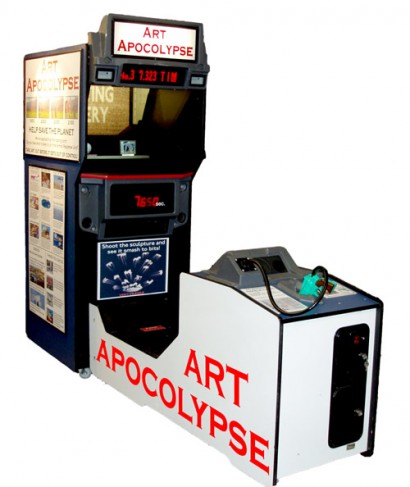 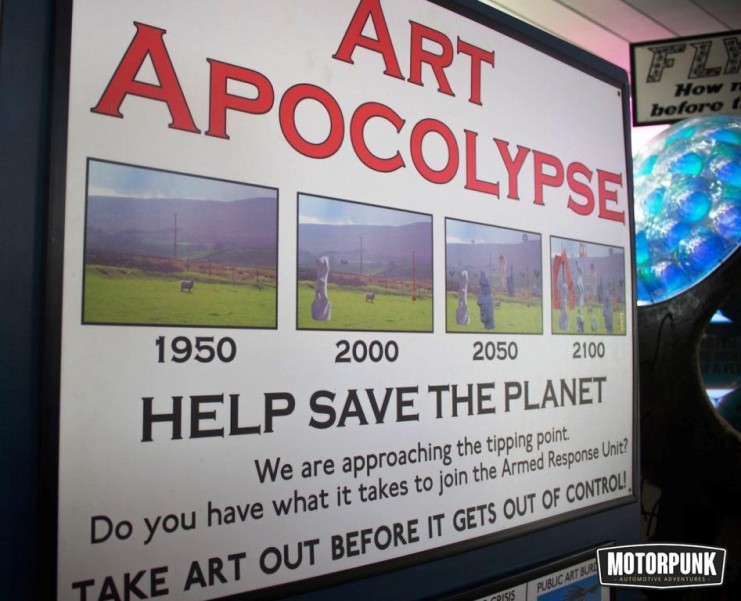 Some of these machines are simply things you enjoy as a piece of art, making a statement in a typically British self-deprecating way. Whack-A-Banker, for example. Others games require less maniacal violence with a rubber hammer – and a bit more skill.

Tim’s elderly parent’s health was the inspiration for a brilliant machine called ‘Mobility Masterclass’, challenging you to cross a Motorway with a Zimmer frame. If you succeed you can enjoy a dance in the Ballroom. His website shows how the games were made and tested (often on delivery men). Here are a few snaps from his workshop of ‘Mobility Masterclass’ in the making. 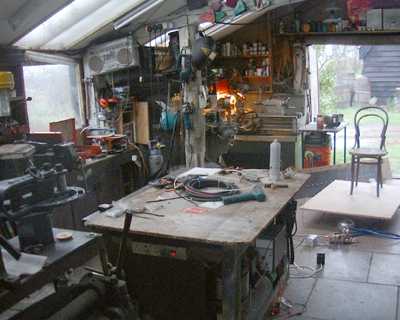 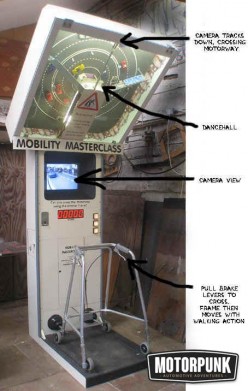 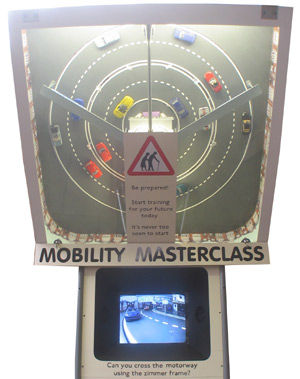 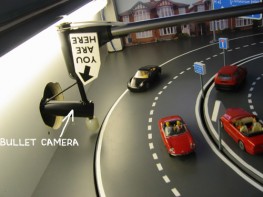 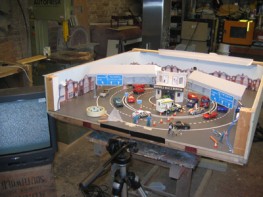 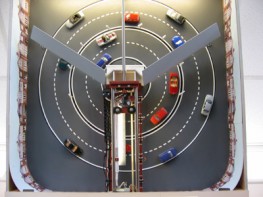 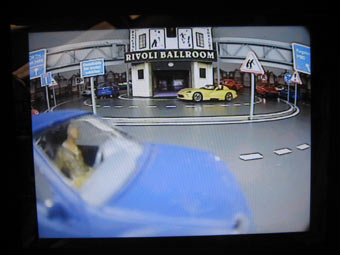 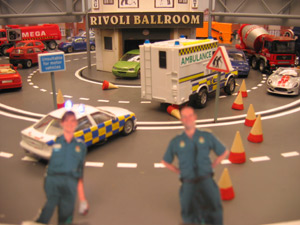 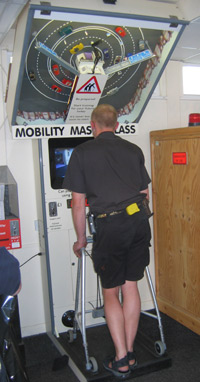 The electro-mechanical engineering used to make these machines has a whiff of Heath Robinson about it, no soulless Sega cabinets here, you can see and feel the love that has gone into making them. It’s analogue, engaging, and incredibly entertaining.

Have a look at Tim’s website here. There’s a history of amusement arcades, info on how to make your own coin-op or you can just get lost in his amusing world of Barbie, shooting flaming animals from a windmill in London. It’s the work of genius.

I’m now rather inspired to dismantle the washing machine and do something arty and anarchic with that dusty Sinclair C5 I have in the garage. I hope you are, too.