Nearly 70 years ago to the day, on 10 April, 1950, the great champion Tazio Nuvolari ended his racing career behind the wheel of the Abarth 204A, the first model constructed by Carlo Abarth.  The time trial ran from the Sicilian capital of Palermo up Monte Pellegrino: a steep, evocative climb, featuring multiple hairpin bends on tarmac. The starting grid included the “Squadra Carlo Abarth” team, with Tazio Nuvolari behind the wheel of the Abarth 204A, a two-seater racing car with an impressive 1,100cc engine. The champion took on the course with his characteristic zeal, finishing with a victory in his class and in fifth place overall. 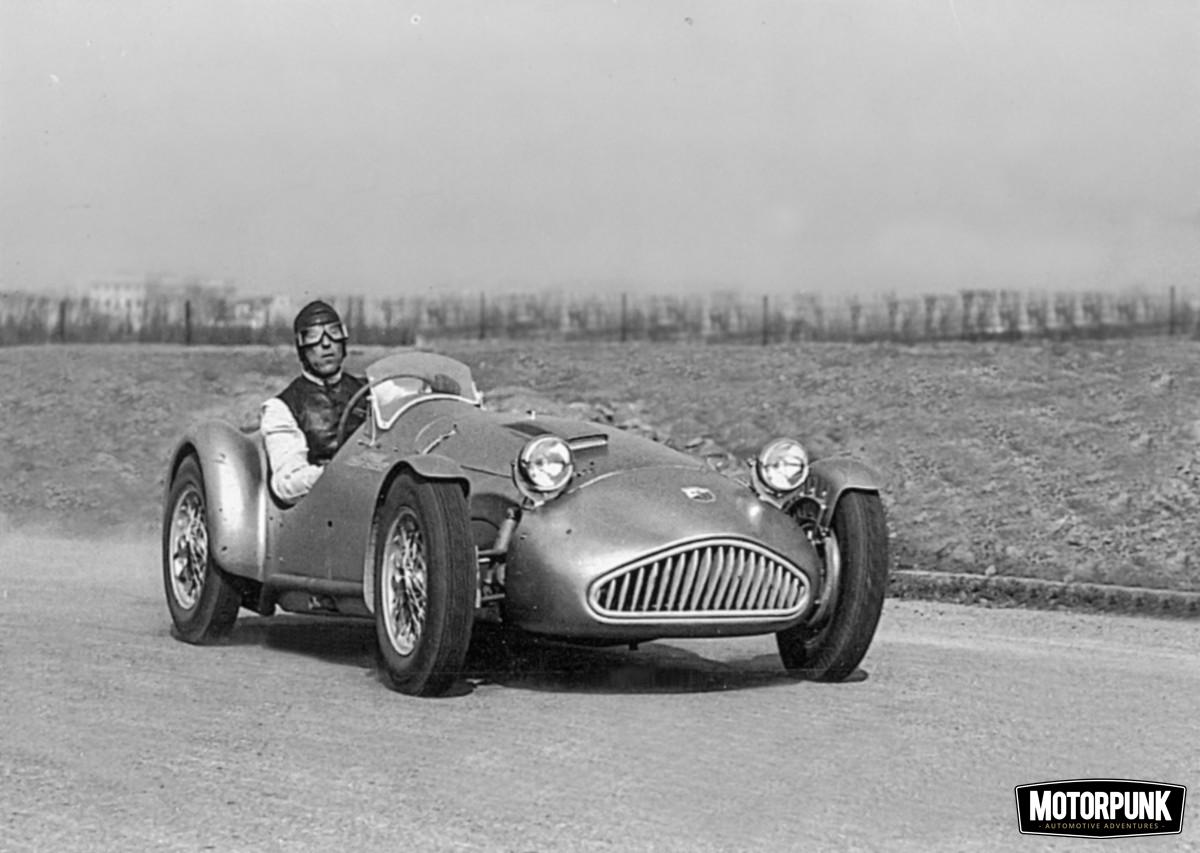 The friendship between Carlo Abarth and the great champion began soon after WW2, when Nuvolari – who already had 55 victories in international Grand Prix and major road races under his belt – drove for Piero Dusio’s Cisitalia, with Carlo Abarth leading the racing team. When Dusio sold his racing cars to Abarth before he emigrated to Argentina, Abarth knew he could count on the support of Nuvolari, who also took on the role of spokesman for his paddle shift tuning kits and mufflers. 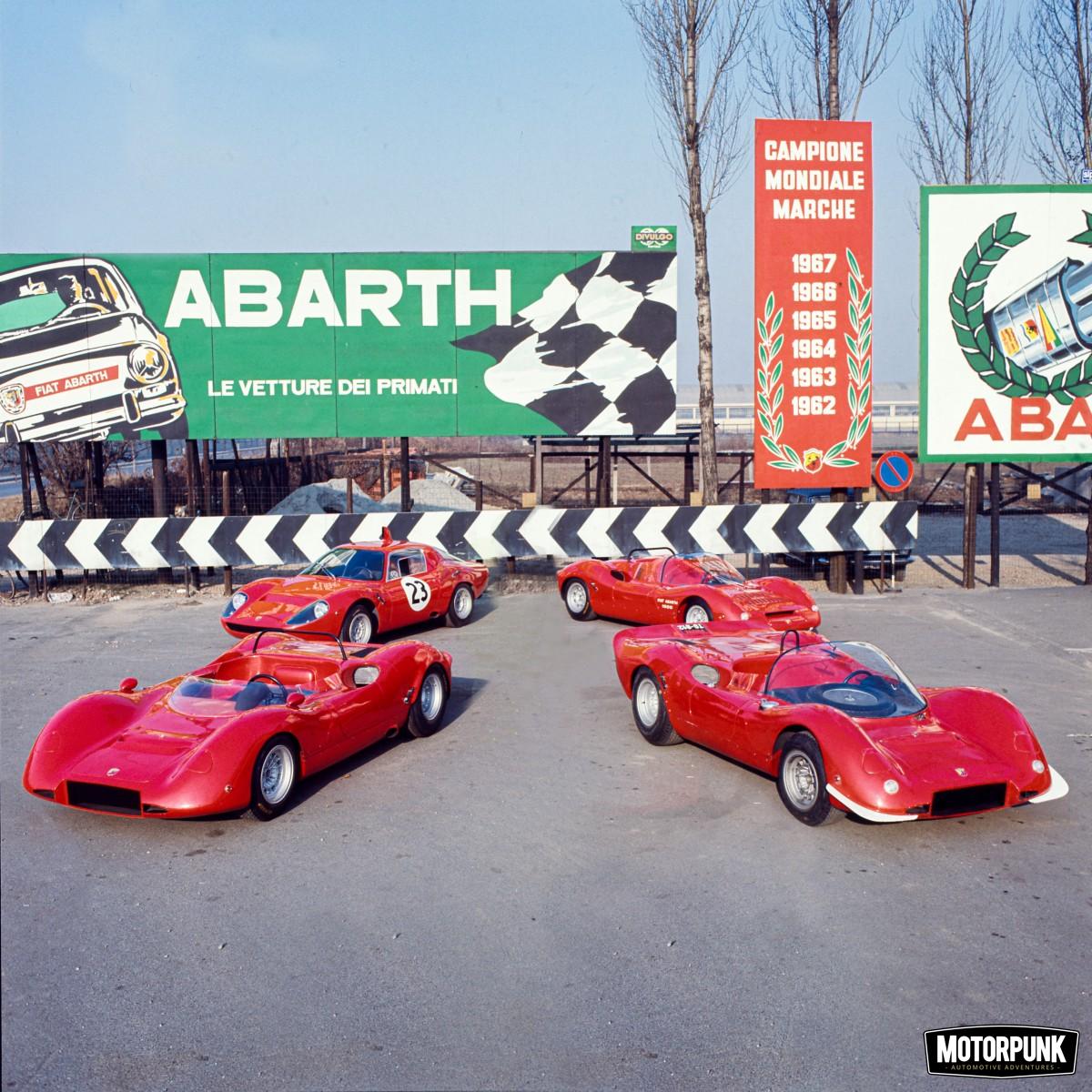 Abarth sports tuning kits converted city cars into race winners, enabling many young drivers to compete successfully. “Sunday on the track, Monday in the office” went Carlo Abarth’s slogan. He combined the production of racing components with working on the official team, whose victories were mainly on the track and in hillclimbs, in coupè and sports cars.

Following Nuvolari’s celebrated victory, Abarth won the International Manufacturers Championship six times running between 1962 and 1967, also racking up wins in the 1972 European Championship for Makes with Arturo Merzario at the wheel, plus four triumphs in the European Touring Championships in 1965, 1966, 1967, and 1969. The history of great successes for the Scorpion brand continued in rallies, with the Fiat 131 Abarth Rally winning three World Constructors’ Championships in 1977, 1978 and 1980, a World Drivers’ Championship in 1980 with the German driver Walter Röhrl behind the wheel, and an FIA Cup for Drivers in 1978 with Finland’s Markku Alén. Such major victories were complemented by wins in seven European Rally Championships between 1975 and 2011, and by the Abarth 124 rally’s 2018 and 2019 triumphs in the FIA R-GT Cup. 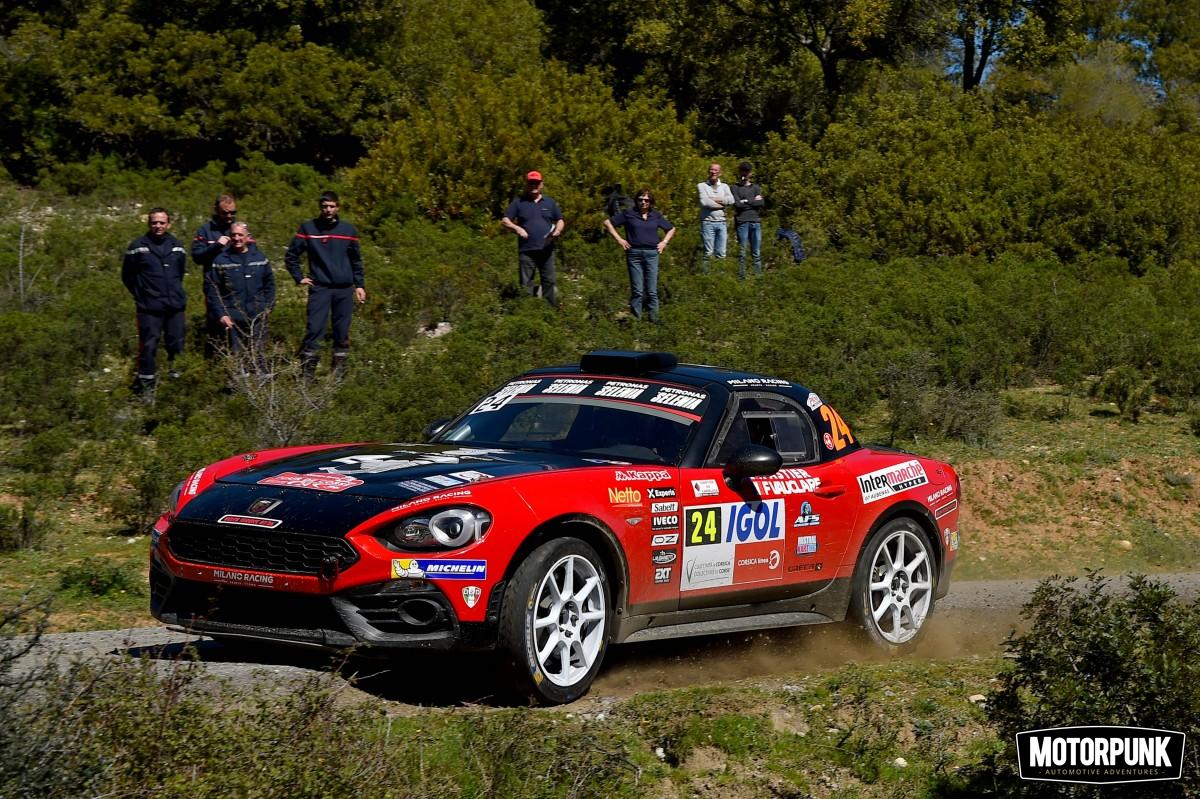 A success story with a dual significance: on one hand, continuing to feature in race events, with the Abarth 124 rally running in the 2020 ERC, along with the team acting as technical partner on the track of the Italian and German F4 Championships. On the other hand, for Abarth, racing has always been the ultimate testing ground for engines and technical components. Testing under the most extreme conditions can lead to extraordinary levels of performance and reliability, boosting the competitive spirit while preparing for future technology transfer to models in mass production.