Peter Wheeler was a six-foot-six chain-smoking Yorkshireman who had made his millions in the ‘70s building desalinization equipment for North Sea oilrigs. Although he was only in his late 30s, he was already planning to retire to his Scottish estate, spending his days shooting the wildlife and pootling about in his sailing boat. However, in the winter of 1981, whilst visiting TVR in Blackpool to get his Taimar Turbo fixed yet again, Wheeler got wind that the factory was in serious financial difficulty. Before his own troublesome TVR was off the inspection ramps, he had ‘accidently’ bought the company. ‘I hadn’t meant to, it just sort of happened,’ he later said.

Wheeler was fiercely patriotic and wanted TVR to produce world-class sports cars to take on the likes of Ferrari and Maserati, but felt the Ford Cologne V6 engines they were using at the time were simply not good enough. His decision to switch to the Buick-derived Rover V8 would prove to be a masterstroke and heralded the beginning of the golden age in TVR’s long and chequered history.

The first car to receive this 3528cc Rover transplant was the Tasmin. This wedgy two-seater, penned by ex-Lotus designer Oliver Winterbottom, had been launched in 1980 and was the first production car in the world to have a bonded windscreen and an integrated rear screen heater element / radio aerial. However, that was where its technical innovation ended: the rest of the Tasmin was cobbled together with bits from parts bins scavenged across Europe, including the lamps off a Renault Fuego, Hillman Imp boot hinges and brakes from the Ford Granada. Nevertheless, it was a machine that was greater than the sum of its parts, and thanks to Wheeler, in 1983 it would finally get a V8 powerplant to match its purposeful looks. 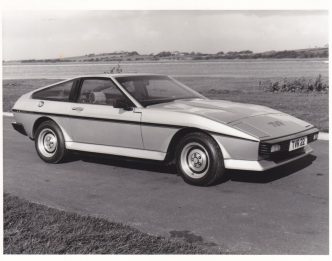 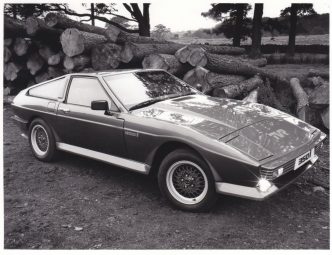 The new 190 bhp TVR was rebadged as the 350i. It was good for 130 mph (209 km/h) and 60 mph came up in a smidge over six seconds. 52 coupes and 897 convertibles were built in its seven-year production run, selling particularly well in Arab countries where there was a political resistance to importing Ford-engined products because of its business relationships with Israel. However, by the late ‘80s its sharp-edged styling was starting to look a bit dated, and the order books were already filling for TVR’s svelte new S series.

Although the 350i was officially dropped from the line up in 1989, the wedge’s production limped on for a couple more years, ending with a final hurrah in the 450SE. This sharp-suited 320bhp monster is a fitting tribute to Peter Wheeler’s years as the trusted helmsman of TVR Cars. Now 30-years old, this was the car that saved the company from bankruptcy in the early 1980s and whose V8 heart would go on to power the Griffiths, the V8S, the first Tuscan Racers and its best-selling model of all time, the Chimaera. 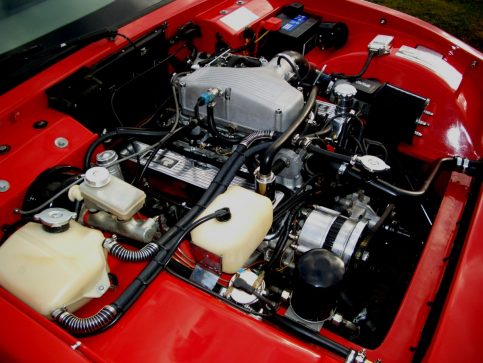 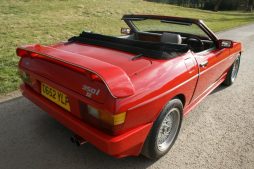 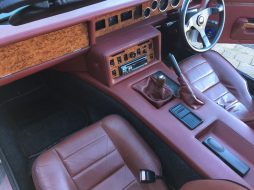 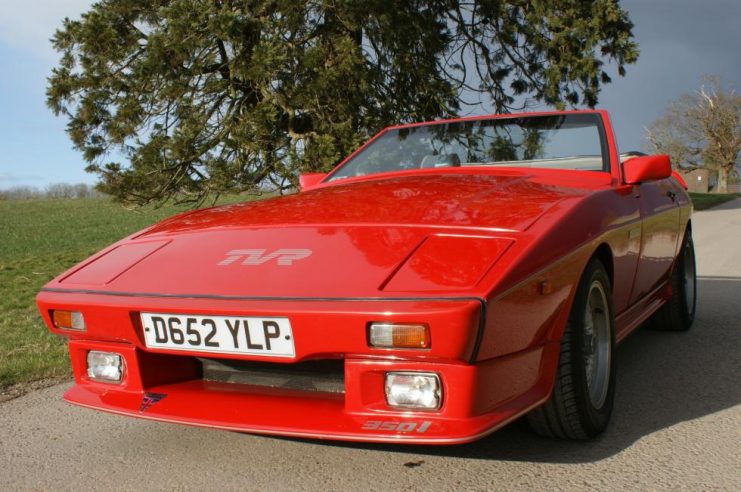 We all know that the TVR factory in Blackpool wasn’t the most sophisticated assembly line in the world. Cars like the 350i were always a little ‘rough around the edges’, as was its charismatic boss and his loyal team of staff. When a journalist once asked the TVR press officer, sometime in the late 1990s, why they didn’t fit better safety features such as airbags, his gruff reply was: “because we’re still making our cars for heterosexuals.”

I, for one, would love to see the return of TVR. Now back under British ownership, the new 5.0-litre Griffith prototype that showcased at the 2017 Goodwood Revival was quite literally breathtaking. Featuring ABS, power steering and traction control, for the first time ever in a TVR-badged sports car, it’s a 500 bhp manual-boxed monster that our LBGT+ friends can enjoy too, apparently.