Contrary to common belief, especially amongst the Germans, the GTI wasn’t the very first “hot-hatch”: the Renault 5 Alpine was launched two months before the sporty Golf, and peppy versions of the lovely Alfasud had been hooning around Italy since the early ‘70s. Nor was it the quickest hot-hatchback of its time; RWD rally homologation specials such as the 2.3-litre Chevette HS and the bonkers-fast Sunbeam Lotus could easily show VW’s newbie a clean pair of heels. 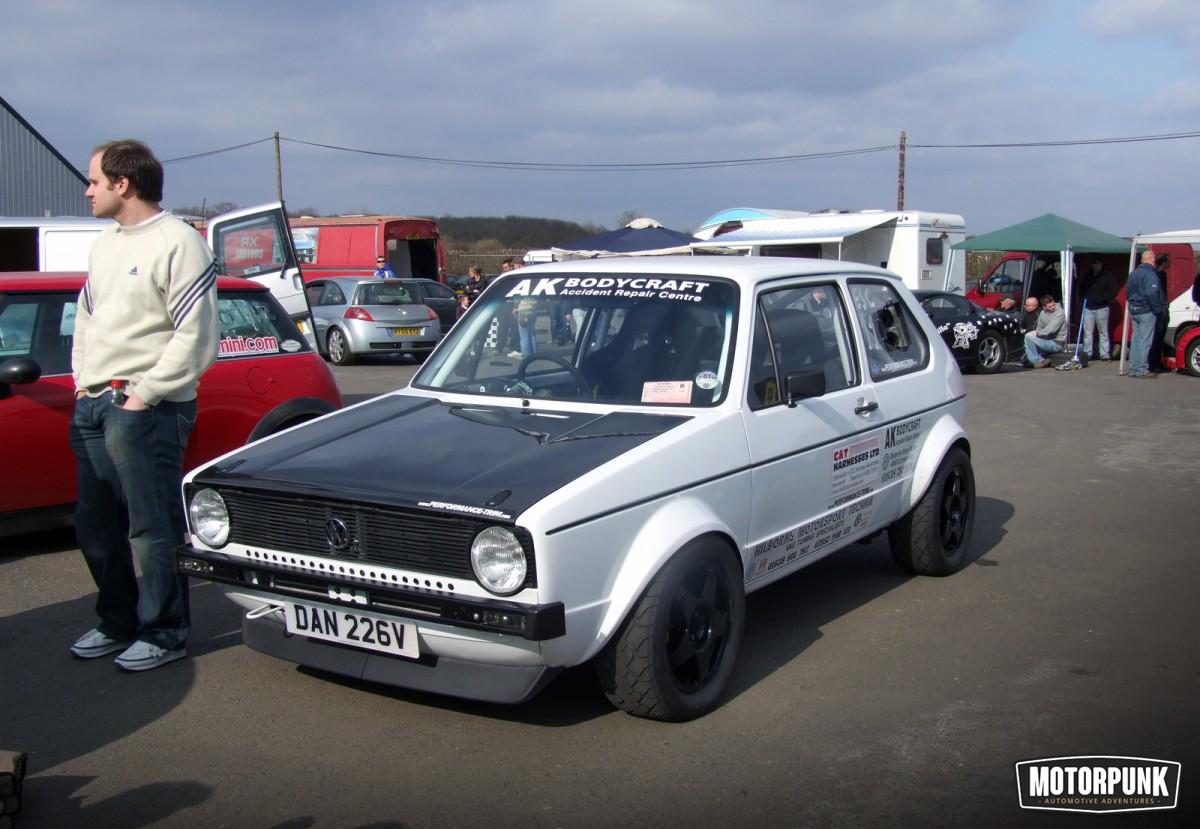 However, the GTI was (very nearly) the complete package for the keen, style-conscious driver who needed something frugal, fast and practical enough for everyday use. The first 1.6-litre car had a four-speed manual ‘box which meant the 110bhp GTI could hit 60mph in less than 10 seconds, thanks to its low 840kg curb weight. But it was the car’s handling that was its defining characteristic.

Notice I didn’t mention braking in the list above? The problem was that eager Brits who wanted to get their stringbacks on the wheel of an early GTI had to import a left-hooker, as VW weren’t really sure that the car would sell in big enough numbers to bother with a RHD version. When modified UK spec cars finally arrived on English shores in 1979 the master cylinder was still on the left hand side requiring a truss-rod to be run the full length of the engine bulkhead to apply the braking pressure. This always left British GTIs a little wanting in the stopping department – if you’re ever lucky enough to blag a drive in some chap’s classic, please beware!

By the early 1980s the mainstream marques hit back with spicier hot-hatches in a desperate grab for their chunk of this lucrative market. The Mars Red car in these pics was my own 1983 Campaign run-out model which got a bigger 1,781cc fuel-injected 112bhp engine and featured a sliding sunroof, quad headlamps and 14” P-Slot alloys wrapped with Pirellis; the Campaign was the last hoorah for the MKI GTI before the beefed-up MKII GTI 16v arrived in 1984. (I had one of those too. See its abuse in this month’s trialling feature). My MKI was a trouble-free daily driver for nearly two years, and I didn’t lose a penny on it thanks to its desirability amongst nostalgic middle-aged petrolheads. I’m sure we’ve all had cars we wished we’d never sold … 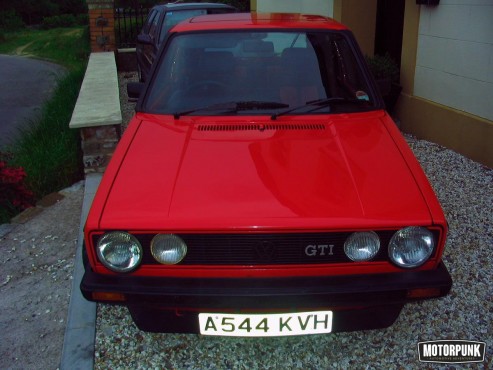 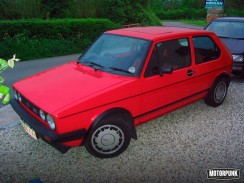 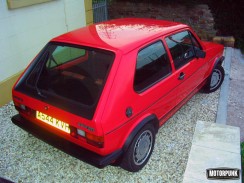 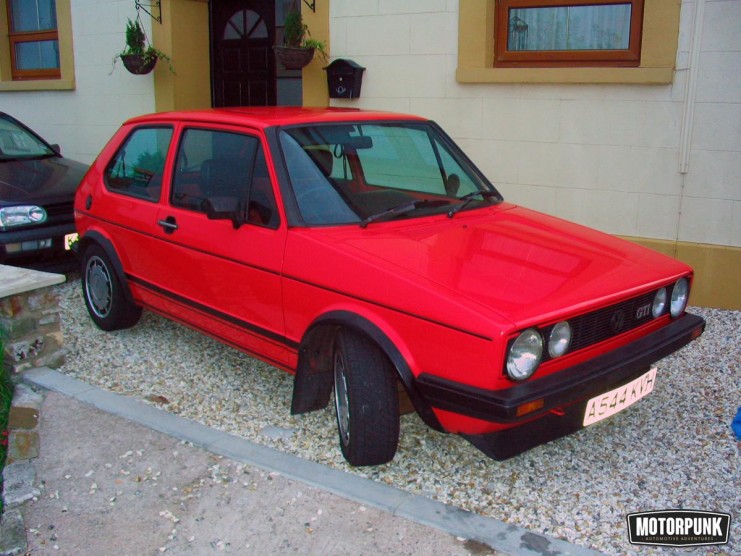 Ironically, the MKI Golf GTI was never called a “hot-hatch” at any time during its eight year production run; that term wasn’t coined until 1984. Luckily, for those shiny suited motoring journalists of the early ‘80s, the profanity “bloody” had been bandied about since 1750, and the adjective “brilliant” since 1680. 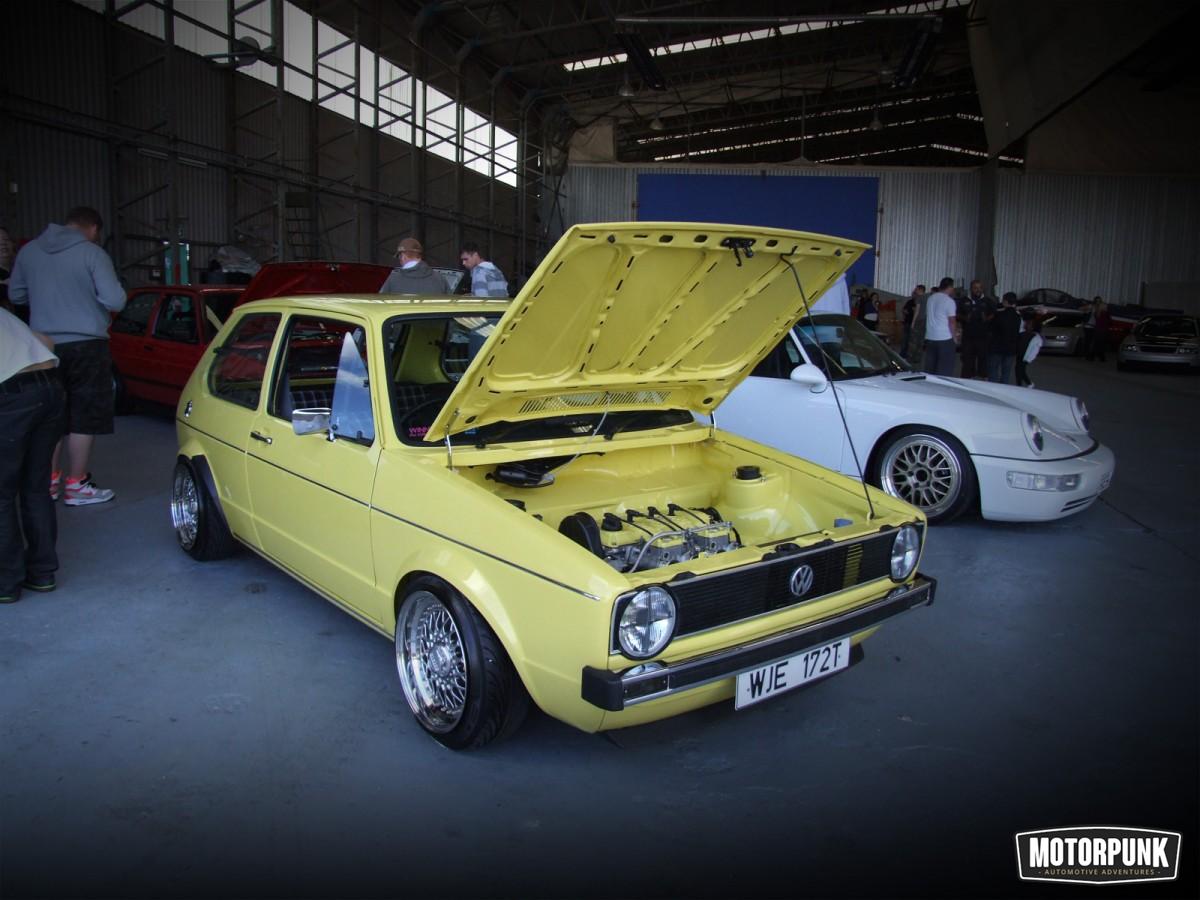 And so we have to wave a sad auf wiedersehen to the car that spawned a genre. There’s a crumb of comfort in the fact that there are other fabulous ‘dubs that still qualify, such as the Polo G40 or Corrado VR6 – cars that might never have been built if it were not for the original GTI. Nevertheless today, MotorPunks, you are witness to the loss of hot-hatch royalty from CarClub 18-30. Gentlemen, can you please raise your steins to the Volkswagen Golf GTI MKI. 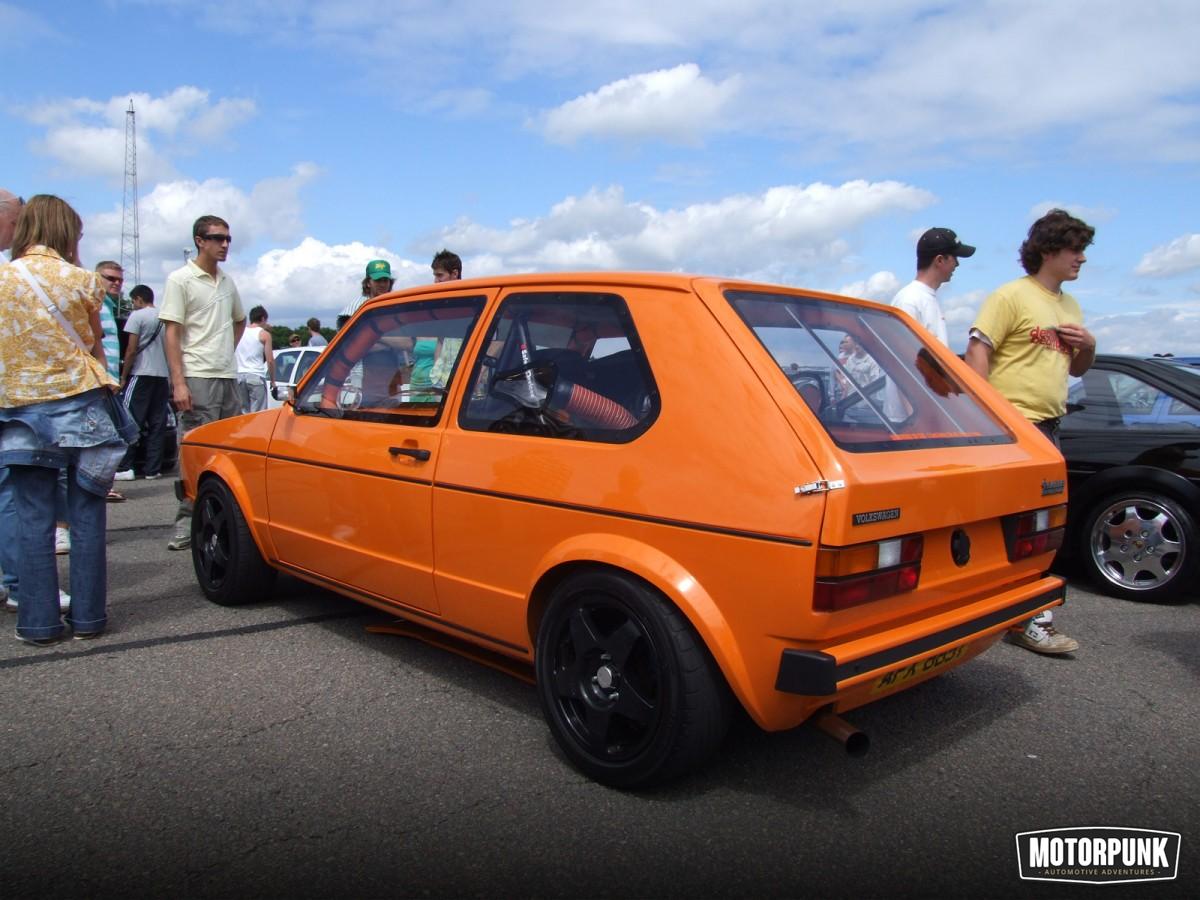 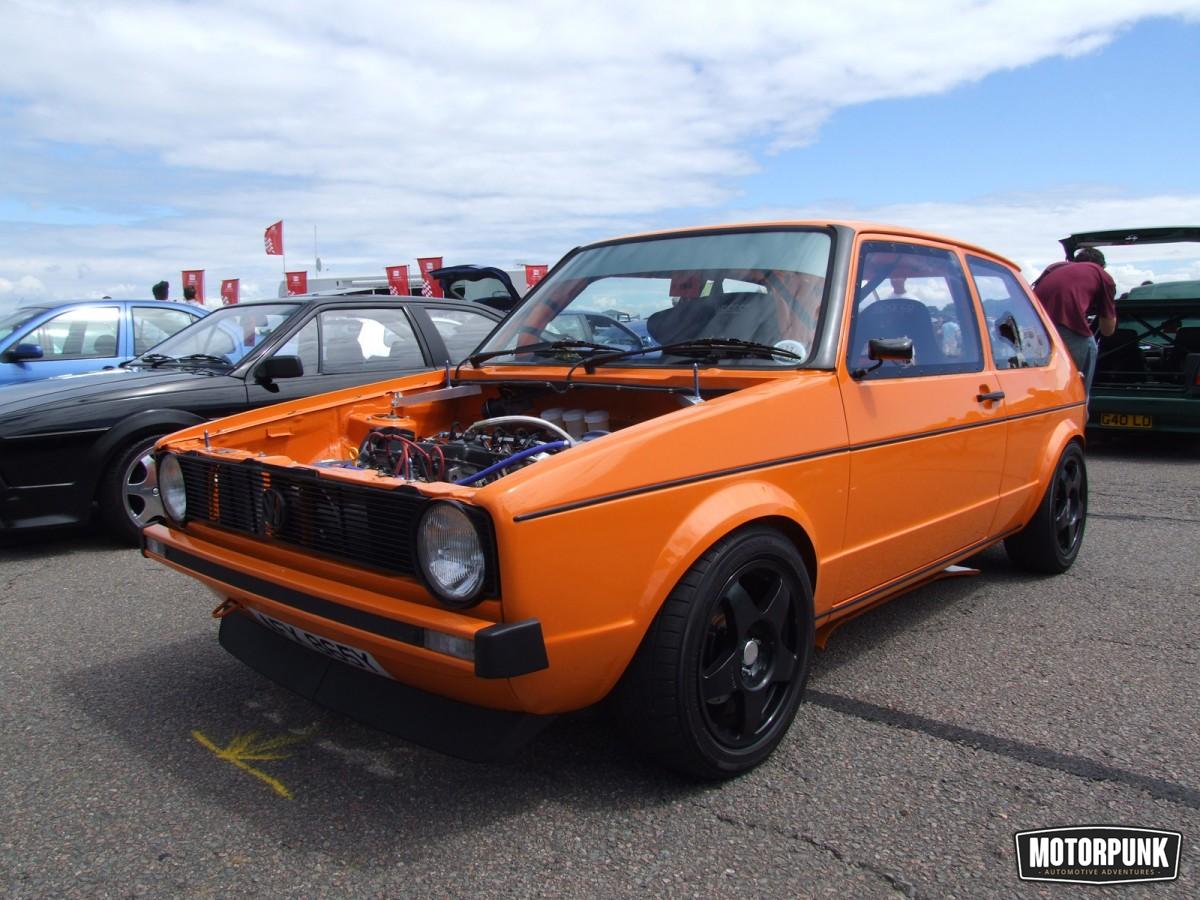 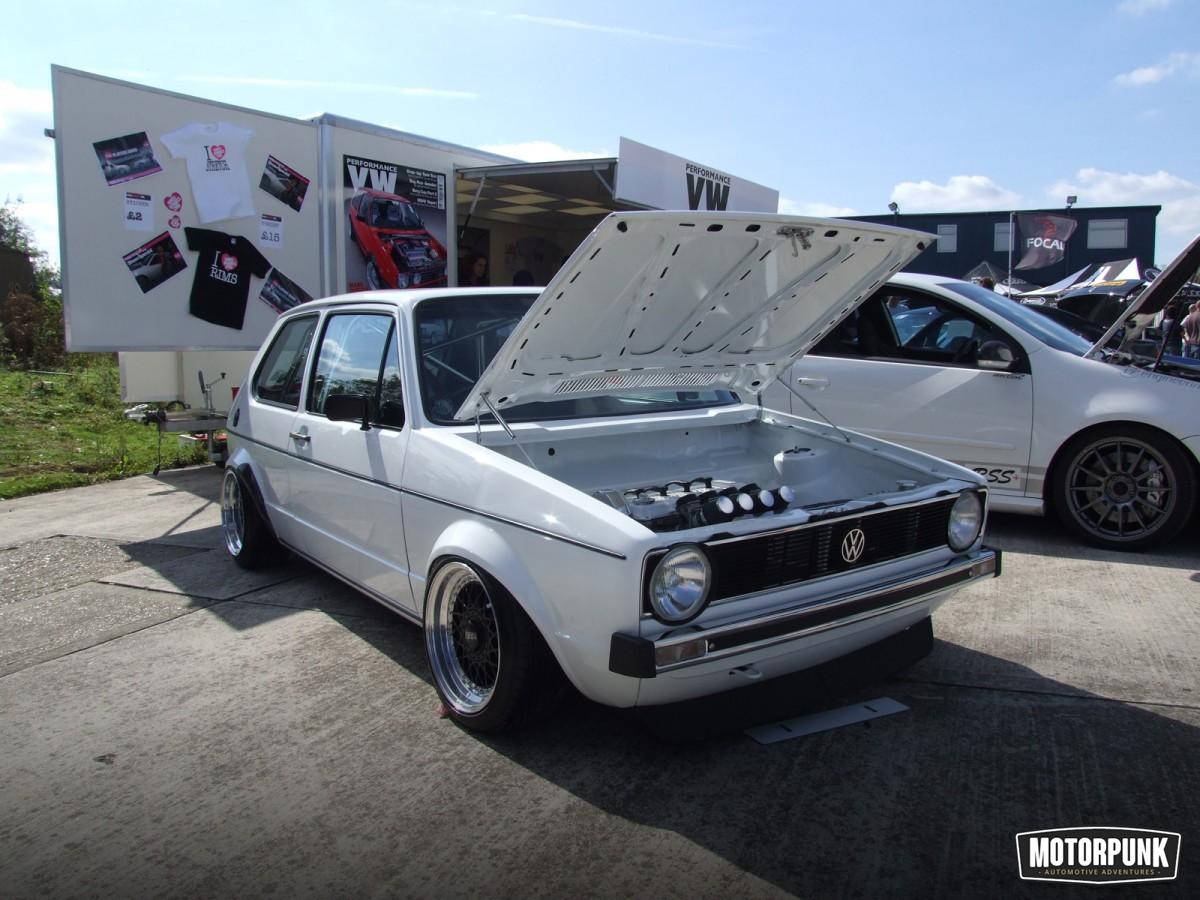